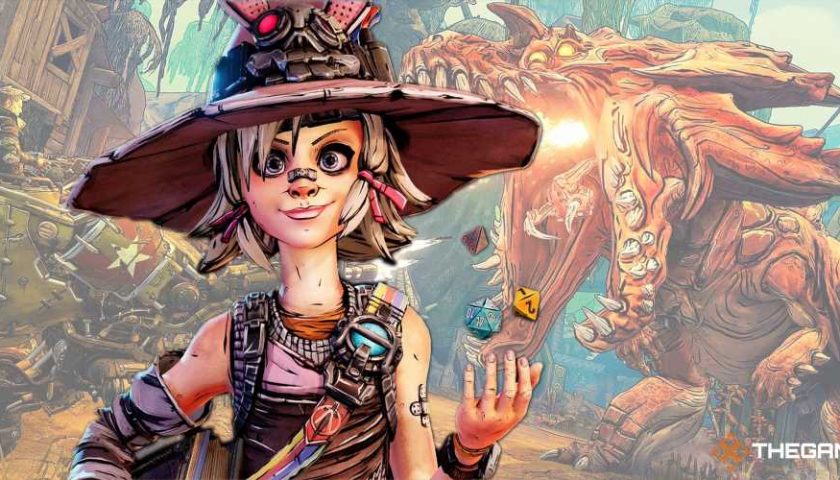 I have never completed a Borderlands game. Even so, I was thrilled for the release of Tiny Tina’s Wonderlands, as it takes ample inspiration from Dungeon & Dragons. Now, having played it, it might just be the thing that makes me give the Borderlands series another chance.

Tiny Tina had me hooked because the actress who plays the titular Tina is Ashly Burch, who I’ve loved ever since she made goofy YouTube videos with her brother. Its fantasy setting also appealed to me more than the sci-fi planets in Borderlands. And, while I’ve never completed a Borderlands game, I’m familiar with their cheerful and unique sense of humor. Yet, unlike many players, these gags weren’t the thing putting me off. The reason that I never stuck with Borderlands is simple: I was overwhelmed.

Borderlands can best be described as ‘chaotic.’ There’s always something happening, and it’s usually quite loud. When enemies die, they explode into a pile of glittering loot. Bullets and abilities are colorful, noisy, and quick-moving. The environments are often patchworks of scrap metal which makes for a cool aesthetic, but can often be disorienting and confusing to look at. 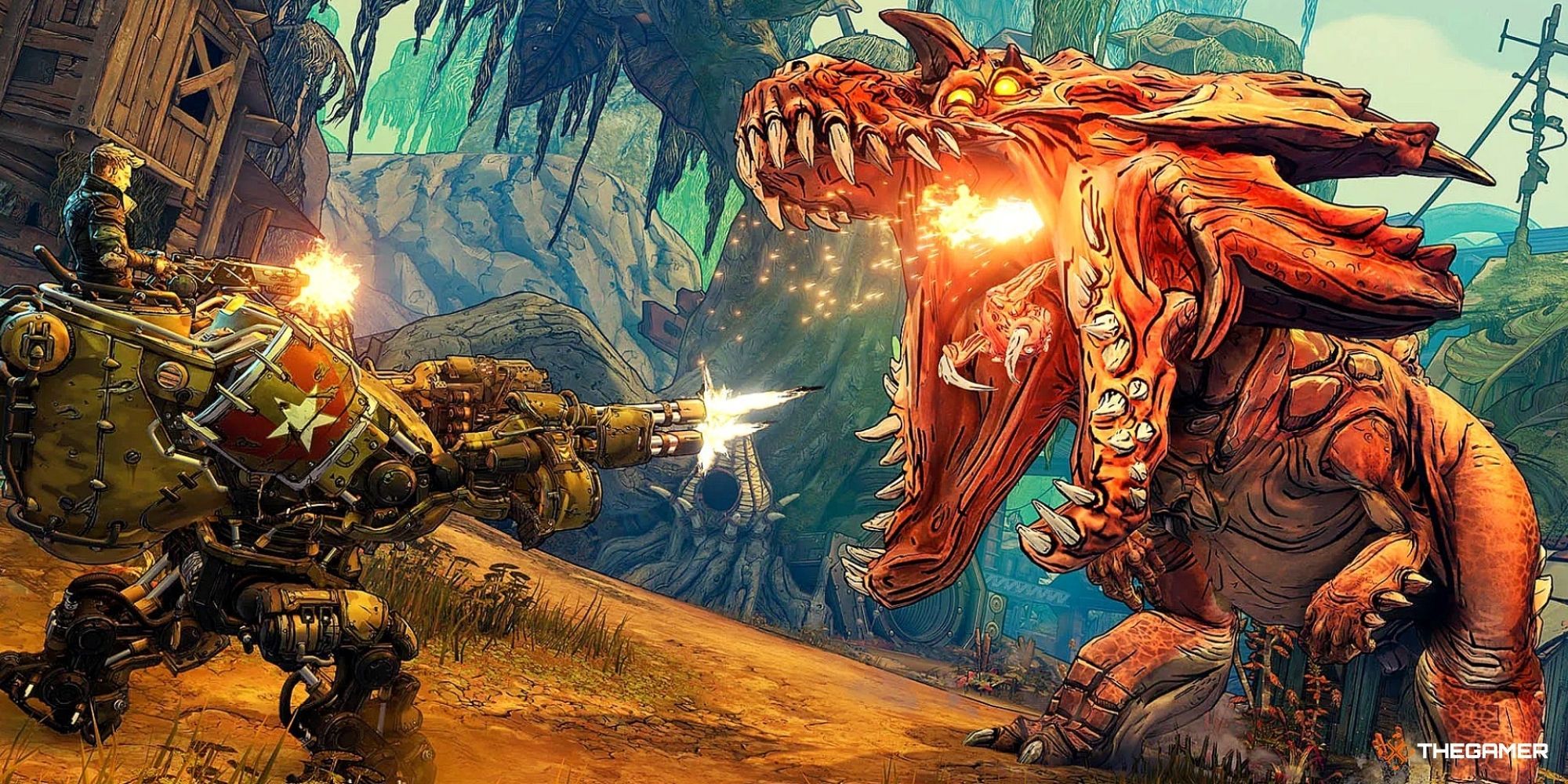 Even the menus felt obtuse to navigate. I was familiar with skill trees, but the kinds of abilities I was being introduced to in Borderlands were confusing. Guns have different stats that get compared to one another in ways I’m never really sure about, and, since every enemy drops loot, your inventory quickly fills up with too much gear to consider. Even individual types of guns weren’t consistent – some shotguns worked differently than others. At the same time, there were fictional brands that I didn’t recognize that were supposed to denote what their guns’ unique attributes were.

Eventually, I stopped trying to make it work for me. Every time a Borderlands game came out, I would watch playthroughs or talk about it with family, maybe even trying it out for an hour, but I always came to the same conclusion. There was just too much going on.

Fast-forward to Tiny Tina’s Wonderlands, and I’m intrigued. In many ways it seems designed to target gamers just like me: people who had written off Borderlands as ‘just not their thing.’ 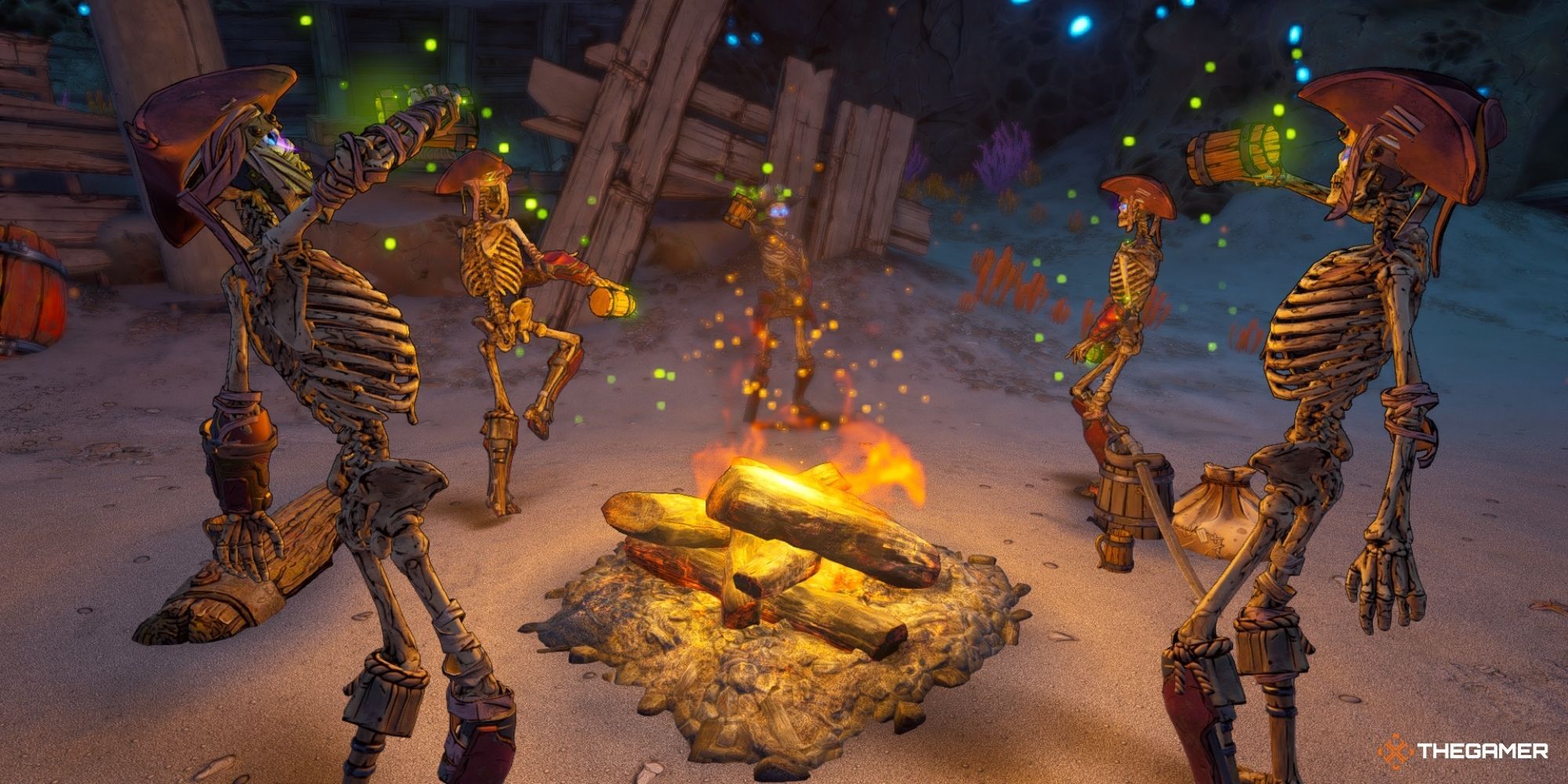 In Tiny Tina’s Wonderlands, there’s personalized character creation, instead of just choosing a pre-built character from a list of classes. The fantasy setting also offers fun twists on RPG conventions, like a forest populated with enormous mushrooms instead of trees. The story, too, is Dungeons & Dragons-inspired.

Tiny Tina’s Wonderlands managed to take the edge off the series, and that was enough to hook me.

Don’t get me wrong – Tiny Tina’s Wonderlands is still a chaotic, overwhelming experience. With the addition of magic, even more can be happening in front of you at once. Enemies hurl themselves at you in large numbers, with a mix of ranged and melee attackers. Loot still bursts forth from their dead bodies and litters the battlefield. But what allowed me to enjoy it was the familiar archetypes.

Sure, the Spore Warden isn’t exactly a Ranger, but it’s close enough that I know what this build entails: shoot from afar and focus on DPS, while my companion takes the heat off of me and makes sure that I don’t die. Knowing the rules of D&D has helped me out when I don’t know the rules of Borderlands.

Though it subverts expectations at times, the story told by Tina uses familiar archetypes: the dry, sarcastic, and witty evil lord; the magical queen who must be avenged, rescued, or otherwise aided; the noble knight who comes through in a pinch; the side characters you’ll have to take detours to help out in order to progress.

Then there’s Brighthoof. This fantastical city may have electronic vending machines that don’t exactly fit the medieval setting, but it’s still the familiar hub city where I return after my quests to sell my loot. Borderlands had those, of course, but my eyes are drawn to the familiar patterns I see in Brighthoof: cobbled streets, balconies on houses, road-side planters, wooden scaffolding to reach rooftops. Without knowing Borderlands, I instinctively know where to go. Conversely, in the electronic, scrappy hub regions of Borderlands games, I couldn’t get used to the environments. I wasn’t capable of interpreting what I saw or remembering it so that it would feel familiar to return to later. 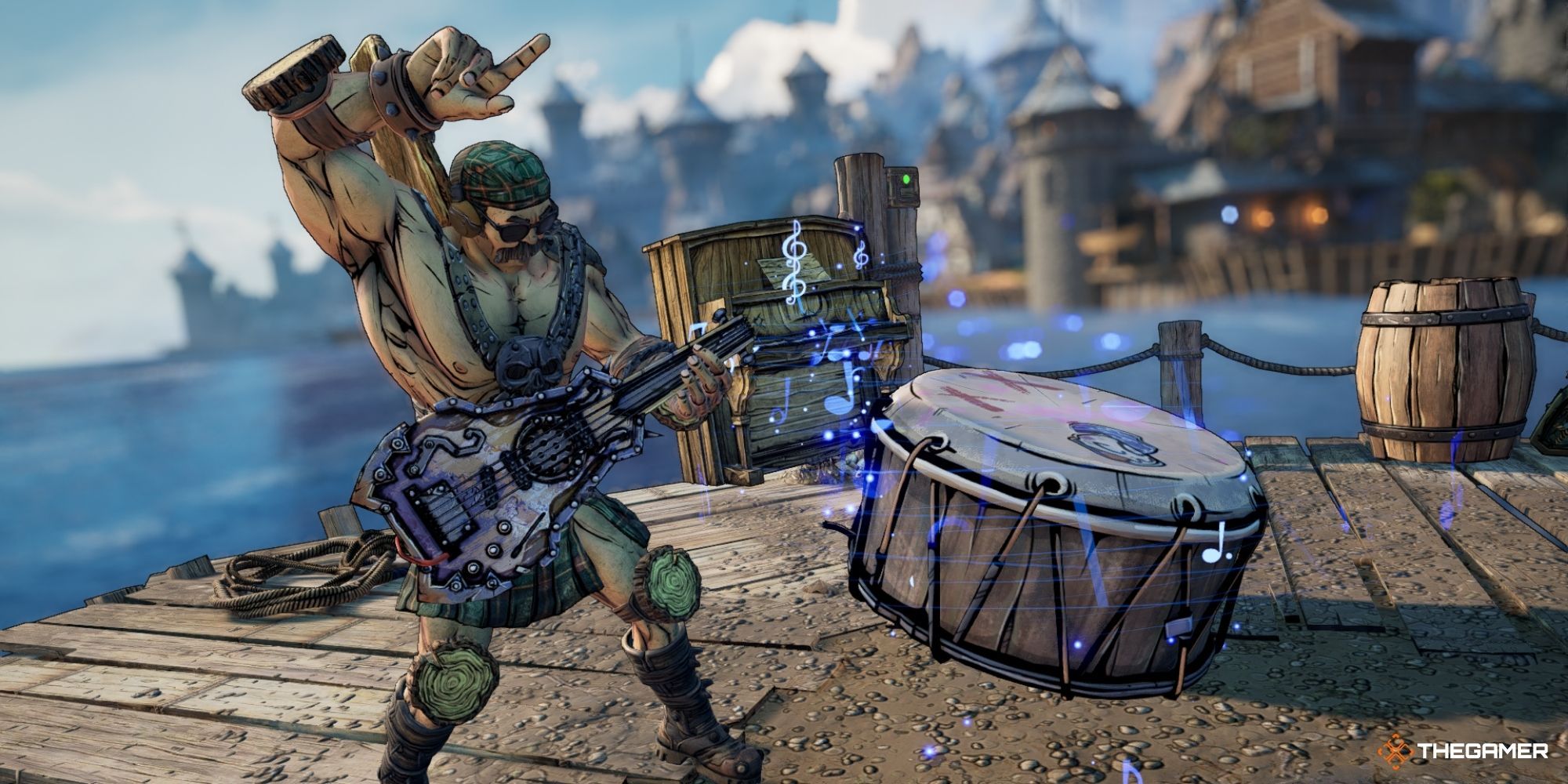 This made Tiny Tina’s Wonderlands familiar enough that I didn’t feel totally lost and could discover it on its own terms. It gave me a foundation to stand on while I worked out things I didn’t understand so well, like the many gun types and why I could have two shotguns that felt completely different to wield.

Ultimately, that’s why I could return to the Borderlands games, and maybe even finish them, after playing Tiny Tina’s Wonderlands. With the grounding from the worldbuilding in Tiny Tina’s Wonderland, I could work out more basic aspects of Borderlands’ system, like the fact that you don’t take fall damage, or which gun type was my favorite. Now I can take that knowledge back to Borderlands and let my familiarity guide me, as I figure out what the hell a Siren is, and why I’m following around the most annoying robot in existence.