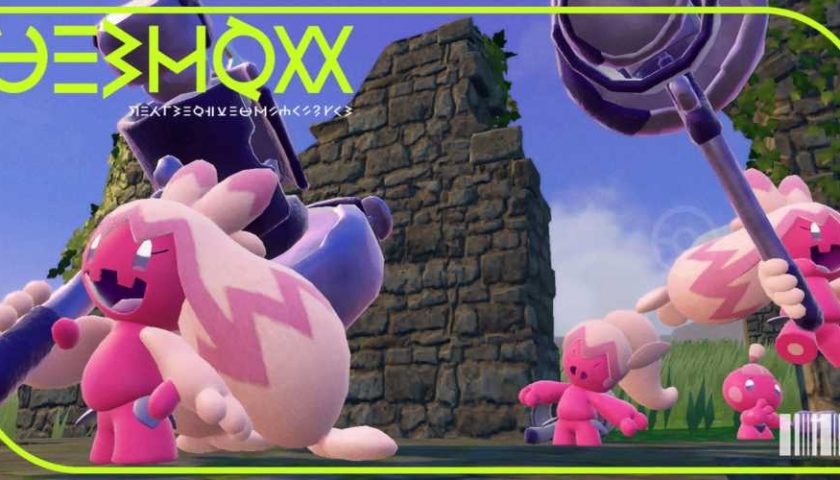 There are plenty of new Pokemon in Scarlet & Violet to add your team, most of them with some redeeming quality to them unless its name is Oinkologne. Tandemaus and Maushold are pretty popular amongs fans just because of how ridiculous they are, but another contender for most popular new Pokemon is none other than Tinkaton, the neon pink Steel/Fairy-type with a hammer almost three times its size.

At least that's what it looks like on social media anyway, with Tinkaton even managing to appear on Twitter's Trending section earlier today. One of the big reasons for its popularity is down to its seemingly innocent appearance, even though according to its Pokedex entry it chooses chaos on a regular basis.

Those who have played Pokemon Sword & Shield will know that Corviknight is used as a taxi service in the Galar region. Unfortunately, Corviknight is out of a job in Paldea, all because of Tinkaton. Corviknight's Pokedex entry states that it has "natural predators" in Paldea which are revealed to be Tinkaton, which states in its Pokedex entry that it likes to knock rocks into the sky, specifically aiming for the big metal birds.

Combine that with Tinkaton's enormous weapon and signature move Gigaton Hammer, and you have a Pokemon that's all cute and innocent on the outside, but an absolute menace to society on the inside. It's this very nature that has made Tinkaton a firm favorite for thousands of fans. Just like any other fan-favorite Pokemon, the memes and mountains of fan art have piled up, most of them accurately portraying Tinkaton's chaotic spirit.

If you think Tinkaton is scary, you don't know the true strength of Maushold. Through a combination of Terastalizing, items, and the move Population Bomb, you can turn Maushold from a goofy little family of mice into a competitive terror. So next time you see a Maushold in battle, take it down quick or it could be lights out before you know it.