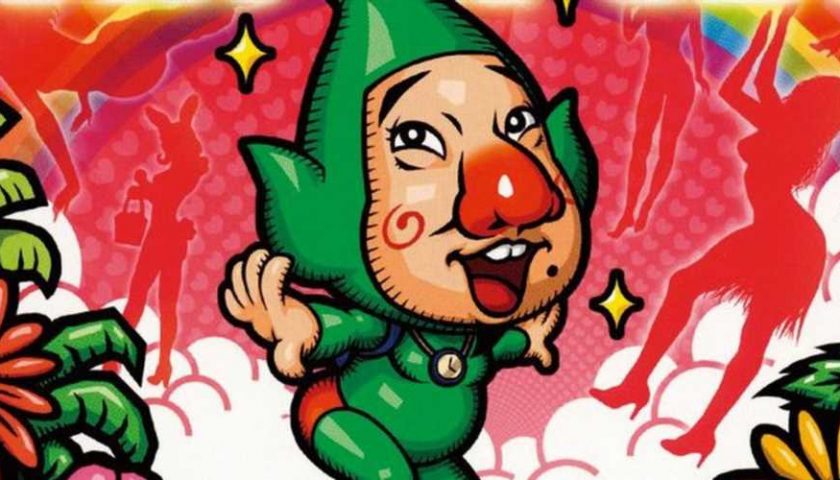 The creator of The Legend of Zelda's green-clad weirdo Tingle has said that Nintendo should use the character again, even if he is a bit creepy.

Tingle made his first appearance in Majora's Mask, where he acted as a map merchant. Since that iconic debut, Tingle has appeared in several other Zelda games, including getting a series of spin-off titles including one Japan-exclusive one that was called Tingle's Balloon Trip of Love. The character was last seen in Hyrule Warriors and didn't make a proper appearance in Breath of the Wild, save for his costume appearing as DLC.

As reported by GoNintendo, Tingle's creator, Takaya Imamura, took to Twitter to talk about the character, admitting for the first time that he finds the character creepy. Imamura shared a video of Tingle in Majora's Mask, saying that he originally intended for the character to be "creepy-cute", but that he now thinks that he's just creepy.

Although Imamura admitted that he now finds Tingle a bit too creepy, he also wants Nintendo to keep using him in future Legend of Zelda games, calling him a "unique character" that should be used "without hesitation". Considering Tingle has been left out of the most recent Zelda entries, Imamura raises a fair point about wanting Nintendo to use the character more often. Guess we'll have to wait and see if Tingle pops up in Breath of the Wild 2.

What's particularly interesting about this Tweet is that it's one of the first times that Imamura has admitted to finding Tingle creepy. Ever since Tingle's first appearance in Majora's Mask and in subsequent Nintendo games, the character has had a bit of a reputation for creeping players out with his weird poses, outfit, and dialogue.

To find out that even his own creator thinks that he's a bit of a weirdo is illuminating, and likely pretty funny for all of the Legend of Zelda fans who have either been defending the character or calling him creepy over the years.