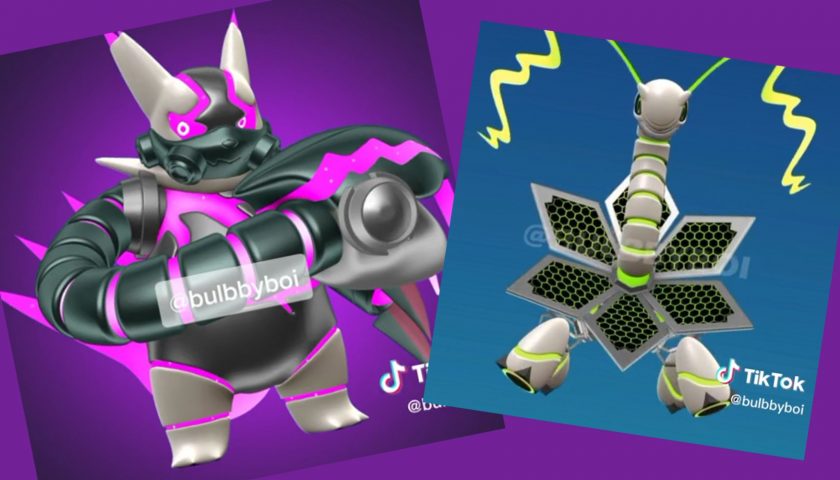 Pokemon Scarlet & Violet might not have enjoyed the smoothest launch, but that doesn't mean the games don't have merit. One of the new features it has introduced to the series is Paradox Pokemon, and one creative trainer has imagined what other monsters from this new category might look like if the feature is going to be a recurring one.

TikTok user bulbbyboi has been sharing clips of their creations, demonstrating what Paradox versions of pre-existing Pokemon might look like should they get that treatment officially. The quirk of Paradox Pokemon is that they either look like a prehistoric or futuristic version of a 'mon that already exists.

The first Pokemon to get a Paradox makeover courtesy of bulbbyboi was Charizard. The OG fully-evolved fire starter has dropped onto all fours and looks even more like a dragon than its original design (and is a dual fire and dragon type unlike a normal Charizard). Dubbed Burning Worm by its creator, the flames coming from its mouth have a green tinge to them, as do the spikes on its head and back.

Bulbbyboi's Charizard video getting more than 700,000 views clearly inspired them to give more Pokemon the fanmade Paradox treatment. Their other creations include a prehistoric Pidove and a futuristic Zangoose. However, their most popular makeover so far is one applied to Meganium. Transformed into what its creator has called Iron Synthesis, the robotic Meganium is completely covered in chrome and the petals around the base of its neck have been replaced with solar panels.

Between the time travel elements of Legends: Arceus and now Scarlet & Violet, it feels like Pokemon was very much testing the waters with its new Paradox creations. It seems they're a pretty popular addition to the series which might well mean some of the Pokemon given makeovers on TikTok might well get the Paradox treatment for real in the future. For now, all we really want to know is if that easter egg really is a tribute to Pokemon's original rival trainer, Blue.