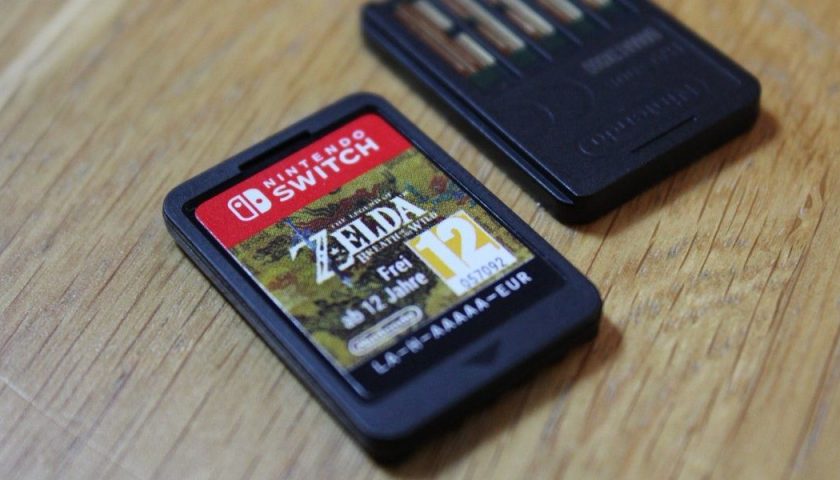 Games coming to you on cartridges as opposed to discs or digital downloads might feel like a thing of the past, but arguably the most popular console in the world right now still uses them. That's right, even though they are significantly smaller than the cartridges we blew into 30 years ago, the Nintendo Switch's physical games are still cartridges as opposed to discs. Other than being a lot smaller than the ones you'd put in your SNES, the other big difference is that they taste terrible.

Not that Super Mario World and other cartridges of the past were delicacies, of course. The point here is that Switch cartridges are technically small enough to eat, but the way they taste will deter you from ever wanting to try. A viral TikTok video has been alerting Switch owners to the fact that the cartridges for their consoles taste terrible, and informing them this is no accident and that there is a very good reason for this.

Switch games are coated in a thin layer of a compound called Denatonium Benzoate, known in the science world as one of the worst tasting compounds on the planet. A chemical concoction so bitter that as soon as anything it might be on or in touches your tongue, your immediate reaction will be to spit it out. That's exactly why Switch cartridges are coated in Denatonium Benzoate. To lessen the chance of a child putting one in their mouth and potentially choking.

Nintendo likely didn't think anyone would ever discover its Switch games taste terrible and therefore have to explain it. Naturally, someone clocked that the games taste awful almost immediately, as was highlighted by Polygon all the way back in 2017 when the console first launched. It was at that point Nintendo confirmed it had coated its cartridges in a small amount of Denatonium Benzoate in an attempt to stop people from accidentally ingesting them. It also confirmed the compound is non-toxic, allowing everyone who had tasted a Switch game to see if the rumors were true to breathe a sigh of relief.

Of course, upon learning this information ourselves, being people of science we grabbed our nearest Switch games and gave them a lick. So you don't have to, by the way. You really shouldn't be putting Switch games in or anywhere near your mouth. Not just because they present a potential choking hazard, but also because they really do taste bad. Worse than you could ever imagine. Take our word for it and don't try this yourself. It's gross.