All I want to do is talk about how terrible the Sonic the Hedgehog movie looks. That’s it. It’s scarred me, deep into my soul. It’s already the Super Mario Bros film for the modern era, in my mind. And if you don’t know what I’m talking about? Well, you’ll see what horrors lie in wait below.

That news, plus Halo rumors return to the PC, Diablo lands on GOG.com, Creative Assembly confirms it has three unannounced games in the works, Dead or Alive 6’s $93 season pass, and Devil May Cry 5’s silly live action cutscenes.

This is gaming news for March 4 to 8.

First up, this weekend’s freebies. Epic’s game giveaway continues this week with probably the most addictive game so far:Slime Rancher. Imagine Stardew Valley or Harvest Moon, except it’s in first-person and instead of growing crops you’re harvesting adorable slimes. It cannibalized hours and hours of my time upon release in 2017, and now you can own it for free—provided you makean Epic Games Store account, of course.

On a more temporary basis, Funcom MMO-survival gameConan Exilesis free for the weekend. I didn’t find it too engaging at release, though the *ahem* genitalia customization options and subsequent physics shenanigans did make me laugh for a good hour or two. No idea if the game’s improved, though Steam reviews seem to indicate it has—the overall “Mixed” score has risen to “Mostly Positive” in recent reviews.

There’s more Conan this week, as Funcom also gave us our first look at Conan Unconquered, the real-time strategy game in development by Petroglyph (made up of ex-Westwood employees). Taking a page from modern RTS design trends, it sounds like Conan Unconquered will be more of a Frostpunk or They Are Billions survival hybrid and less of a conquer-the-map sort of game. Pretty neat.

It’s been 15 years since a Halo game released on PC, and 5 years since Halo: The Master Chief Collection collected remasters of the first four games on Xbox One. There’s a real never-say-never vibe to Microsoft these days though, as evidenced by rumors floating around that Halo: The Master Chief Collection will be confirmed for PC next week—stemming from the fact Microsoft’s confirmed “exciting news” for its Inside Xbox program next Tuesday. Or maybe it’s just a “We’re finally adding ODST to the collection” update. Keep an eye out, I guess!

Has anyone checked on hell lately? Has it frozen over? I ask because Blizzard has long locked its PC games to Battle.net, new games and classics alike. This week GOG.com started selling Diablo though, with more classic Blizzard titles to come. It’s the first time Diablo’s been available legally in quite a while, which is great! But it’s also shocking to see Blizzard go to a third-party for this instead of simply adding onto its own client.

In any case, I’ll be curious to see what else comes of it. The original Warcraft games are an obvious bet, but could Blizzard and Interplay work out the rights to re-release Blizzard’s true masterpiece, Rock ‘n’ Roll Racing?

The retro-FPS revival continues this week with Wrath: Aeon of Ruin. Built in the Quake engine and scheduled for release this summer, it’s now the second title of this type being published by 3D Realms (the other being the Duke Nukem-inspiredIon Maiden). Seems like 3D Realms is carving itself out a little niche alongside Dusk and Amid Evil publisher New Blood Interactive.

Total War’s spin-off Saga series is neat in theory: A more constrained Total War experience, focusing on time periods or regions that wouldn’t necessarily have enough meat for a full-length game. Unfortunately the proof-of-concept we received was the widely panned Thrones of Britannia. But Creative Assembly isn’t giving up on the idea,revealing this weekthat the Saga team is indeed working on a new project, and that more info will arrive “in the coming year.” Elsewhere, there’s also a “secret project” which is described as a “new genre for Total War.” And there’s that FPS teased a few weeks ago as well! Lots of intriguing stuff coming out of Creative Assembly these days.

And hey, while we’re at it, there’s a new Three Kingdoms showcase as well.

This is a brief note, but I just can’t believe it. Strap in, folks.

Once upon a time, there was a survival game called H1Z1. Then, H1Z1 made a battle royale mode, back when battle royale was not a widely known concept. The battle royale spinoff was named H1Z1: King of the Kill. Then it got so big, the original H1Z1 was rebranded as Just Survive and the battle royale game promoted to H1Z1. Fast forward another year and a half or so, and now Daybreak is re-renaming H1Z1 (the battle royale) to justZ1 Battle Royale. Also—and I missed this last year—but apparently a new development team has taken over, a studio called NantG.

I don’t have much to say about this except wow. What a mess.

Rage 2 continues to turn out exciting trailers, this time a goofy ‘80s-themed gag called “Wasteland Superhero” complete with its Saturday morning cartoon theme music, VHS effects, and a look at guns like the grav-dart launcher and firestorm revolver. Looks like a hell of a lot of dumb fun.

Mortal Kombat XI also keeps hitting hard with the trailers, this week with a two-fer. First and foremost you’ll find the “Official Story Trailer” below, which shows off time-warping villain Kronika, as well as returning characters like Shao Kahn, Raiden, and two Johnny Cages talking to each other. Perfect. And if you just need more fatality action, Cassie Cage got her own roster reveal trailer this week.

“Wringing more money out of players” is a well-established tradition at this point, but even so I’m pretty shocked byDead or Alive 6. Koei Tecmo released the latest iteration of the fighting series this week alongsidea $93 season pass. Yes, you read that right—ninety-three dollars. That’s $40 more than the actual game at its current sale price, and what do you get? Two characters. Well, that plus 62 costumes.

Again, all I can say is wow.

You know how developers keep commissioning those live-action trailers for games? Capcom took it a step further with Devil May Cry 5. If you buy the deluxe version of the game, you can swap out every single cutscene for live action versions. The only catch? They’re extremely hokey pre-viz, captured with crumpled paper, action figures, and the occasional costumed human on empty soundstages. You can get a glimpse of the hilarity below, and to be honest? It seems perfect for Devil May Cry 5, as a fun way to spice up a second playthrough.

Speaking of hokey live action, we got our first well-lit glimpse of the Sonic the Hedgehog movie this week and it’s uh…really something. Apparently a marketing firm involved with the film accidentally posted a brief to the Internet, the Internet (ResetEra in this case) captured the brief before it could be removed, and the result is the harrowing image you’ll see below. Thanks, I hate it. 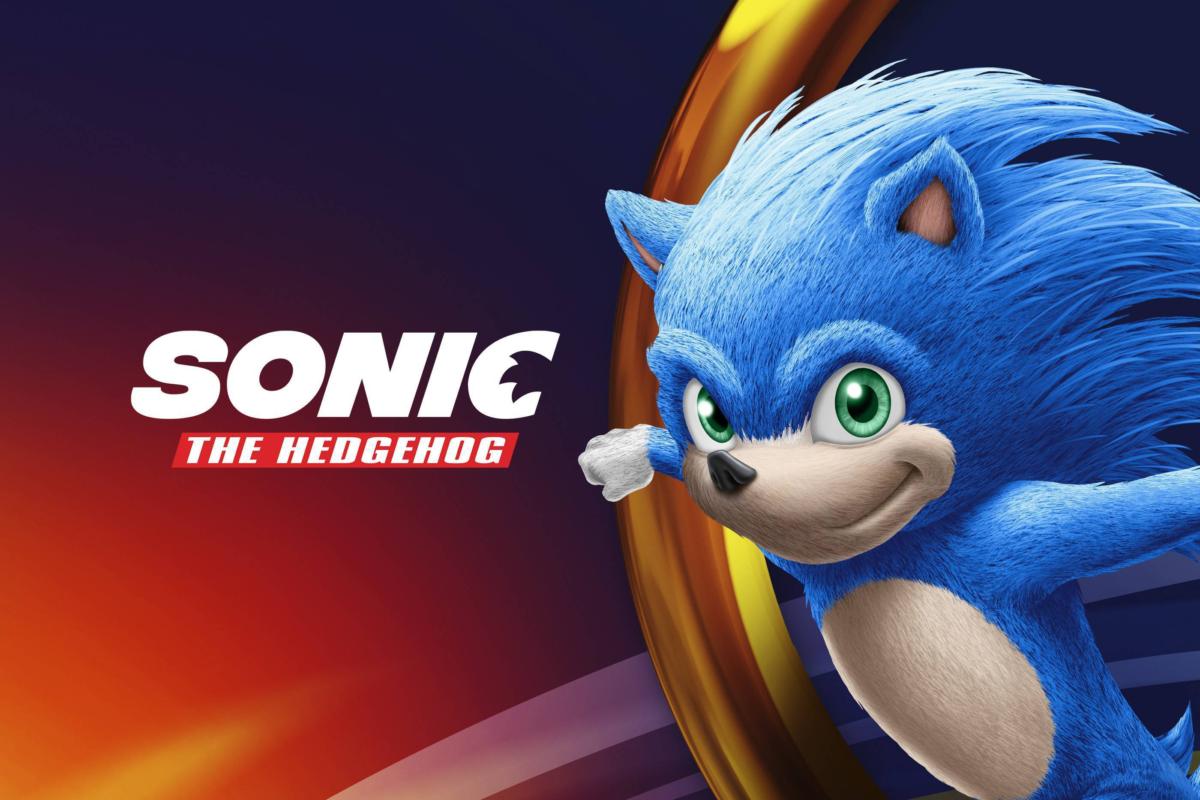