Now, many gamers have probably thought about pursuing a career in the industry. Games design, for instance. What could be better than to be paid to do the thing you love? That’s everybody’s ultimate career dream, right?

The thing about that is, we often just don’t know what goes on behind the scenes. What a job in the industry really entails. The grind, the pressure, the increasing number of publishers and developers facing a backlash for enforcing ‘crunch’ on their employees so as to meet deadlines… it’s not the dream you might think it is, friends.

The same applies to YouTubers and streamers. The biggest personalities, the Ninjas, PewDiePies and such of the world, attract astonishing viewing figures and make handsome sums in the process. What could be better? They’re playing video games for their adoring fans! Again, though, the harsh reality is different. The hours some of these committed players put in –not only in terms of play but of video editing and such too– might surprise you. 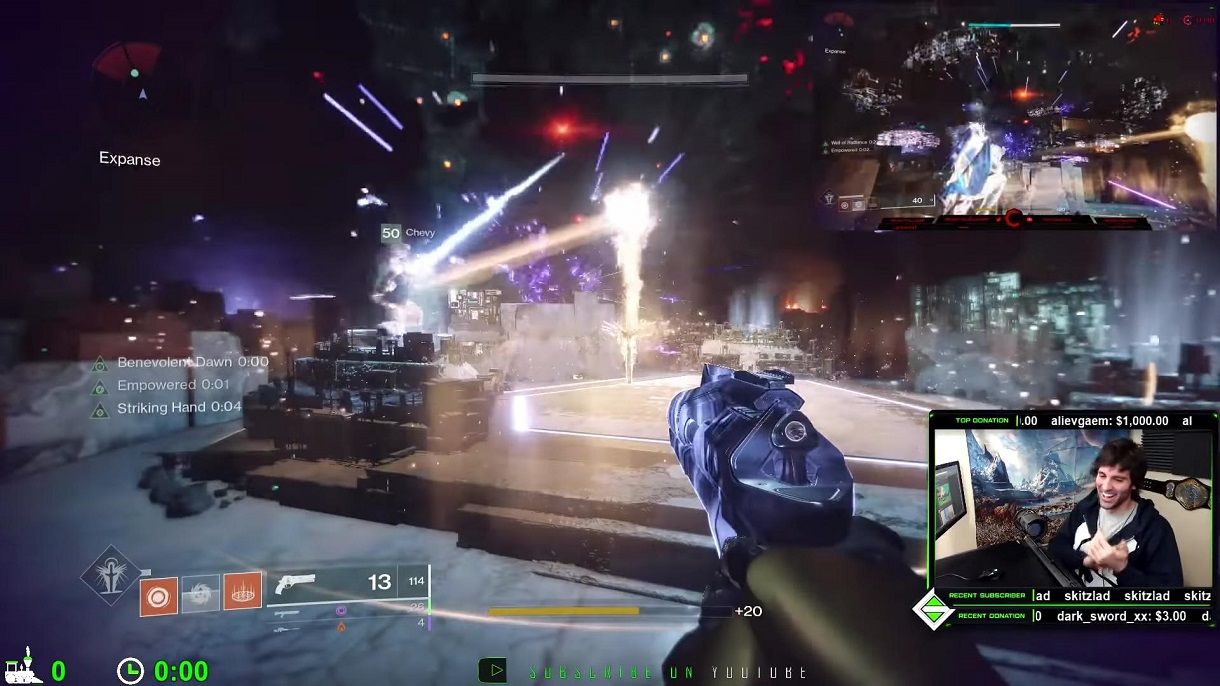 It’s not as glamorous a life as it may sound. Sometimes, the grind of it all can cause even the best of us to go just a little off the rails. In The Simpsons episode “Homer and Apu,” Apu is asked about that legendary 96 hour shift he once worked. The clerk explained that it really happened, admitting that “by the end, I thought I was a hummingbird of some kind.” Destiny 2 streamer Gladd probably knows that feeling first-hand.

After over 42 hours of streaming in a two-day period, he was clearly feeling the strain. We don’t think that he makes a point of routinely taping a sneaker to the side of his face while howling like a small dinosaur suffering from constipation, after all. It wasn’t the popular streamer’s proudest moment, but it’s one that viewers gleefully uploaded to livestreamfails.com all the same.

A lesson learned, then. Marathon streams, for charity for instance, are wonderful acts that have benefited all kinds of important causes. Your health has to come first throughout, though. Burnout is a very real and very dangerous thing that can affect everybody, whatever kind of work they do. Let’s all take care of ourselves.