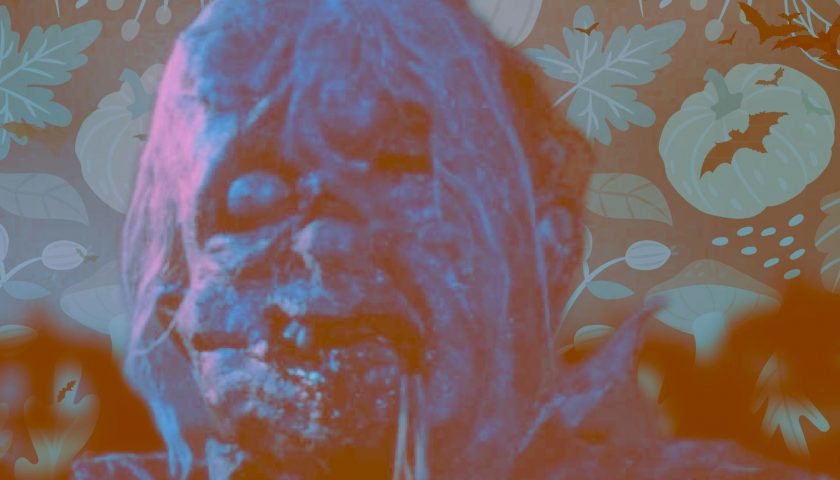 Does anyone embody the spirit of Halloween quite like Guillermo del Toro? Throughout his career, the Academy Award-winning filmmaker has merged the lighthearted and the monstrous, the fun and the frightening. In films like Pan's Labyrinth, The Shape of Water, Blade 2, and Hellboy, Del Toro's sensibility feels right at home on a holiday when children dress up as monsters.

That has been true throughout his career, and it looks like it will continue with his stop-motion take on Pinocchio, coming to Netflix this December. It's been true since the beginning of his career, too. Before he made his first independent feature, Cronos, he was hard at work on short films in his native Mexico. The tenth of those shorts (though only the second released) is Geometria, and its blend of horror and humor feels like a piece of the impressive oeuvre that followed. It's a perfect Halloween short, especially if you want something that isn't too scary and (at just six-and-a-half minutes) isn't too long.

If that sounds good to you, don't read any further. Just go check it out. Del Toro's director's cut, which was released with the Criterion Collection version of Cronos, is available on the Criterion Channel as part of the Horror Shorts collection. There are also several versions up on YouTube. Once you've watched it, come back and read on for more on what makes this short perfect for Halloween. 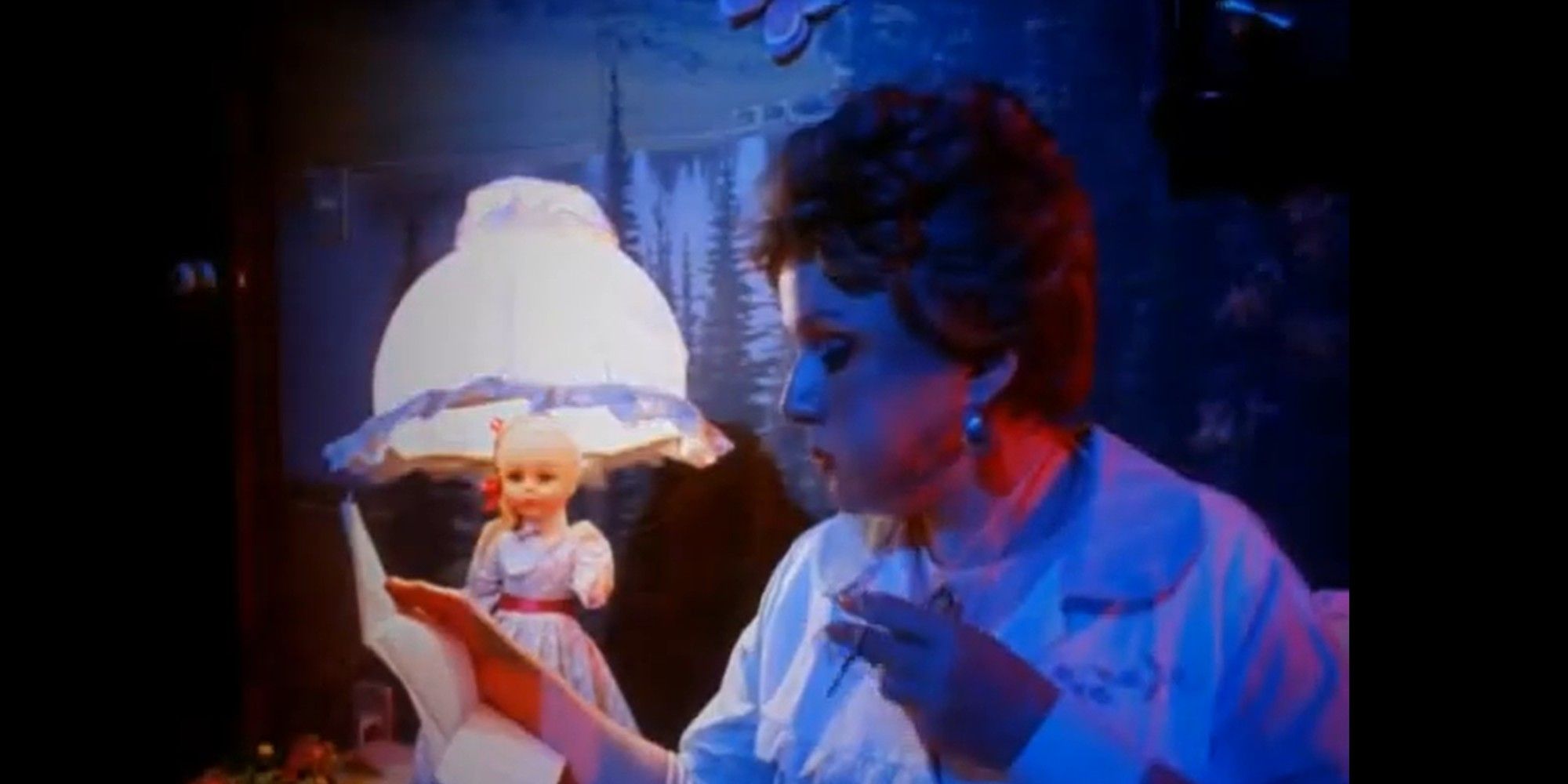 As the short starts, the title appears in blood red font set against a black background as music that perfectly walks the line between jaunty and menacing sets the scene. When the story begins, the main character — a teenage boy with thick, dark-framed glasses and black hair — is being chastised by his mother for getting bad grades in geometry. Director of photography, Juan Carlos Muñoz, lights the family's living room so that, while the furniture would make the scene feel commonplace, the sourceless red and blue lights give the scene an otherworldly feeling. Though the short will deal with the demonic, the mother's voice, which sounds like it could have been provided by Frank Oz, keeps the tone zany.

The boy tells his mother that he's going to go prepare for his next geometry test and heads to his room. But, once he gets there, he opts to read a spellbook instead of his geometry textbook. Following the instructions within, he cuts his finger with a razor blade and draws a pentagram in blood, summoning a demon. His mother, meanwhile, is out on the couch watching a B-movie take on The Exorcist. When she hears a mysterious noise coming from his room, she goes to check it out, opening the door just in time to witness a demon — dressed like the ghoul from the mother's movie — enter through a hole in the wall.

The boy asks the demon for two things. He wants his father, who recently died, to come back. And he doesn't want to ever have to take another geometry test. The monkey's paw curls, of course. The demon brings his father back, but the man is unrecognizable, buried under a mound of zombie makeup. The boy's undead father kills his mother, and though the boy's spellbook had said that the demon would not be able to enter the pentagram he drew on the floor, the demon tells the boy that pentagons have five sides, whereas his drawing has six. With the implication that the boy will be dragged to hell, the demon tells him that he got his wish: he won't have to take a geometry test ever again. 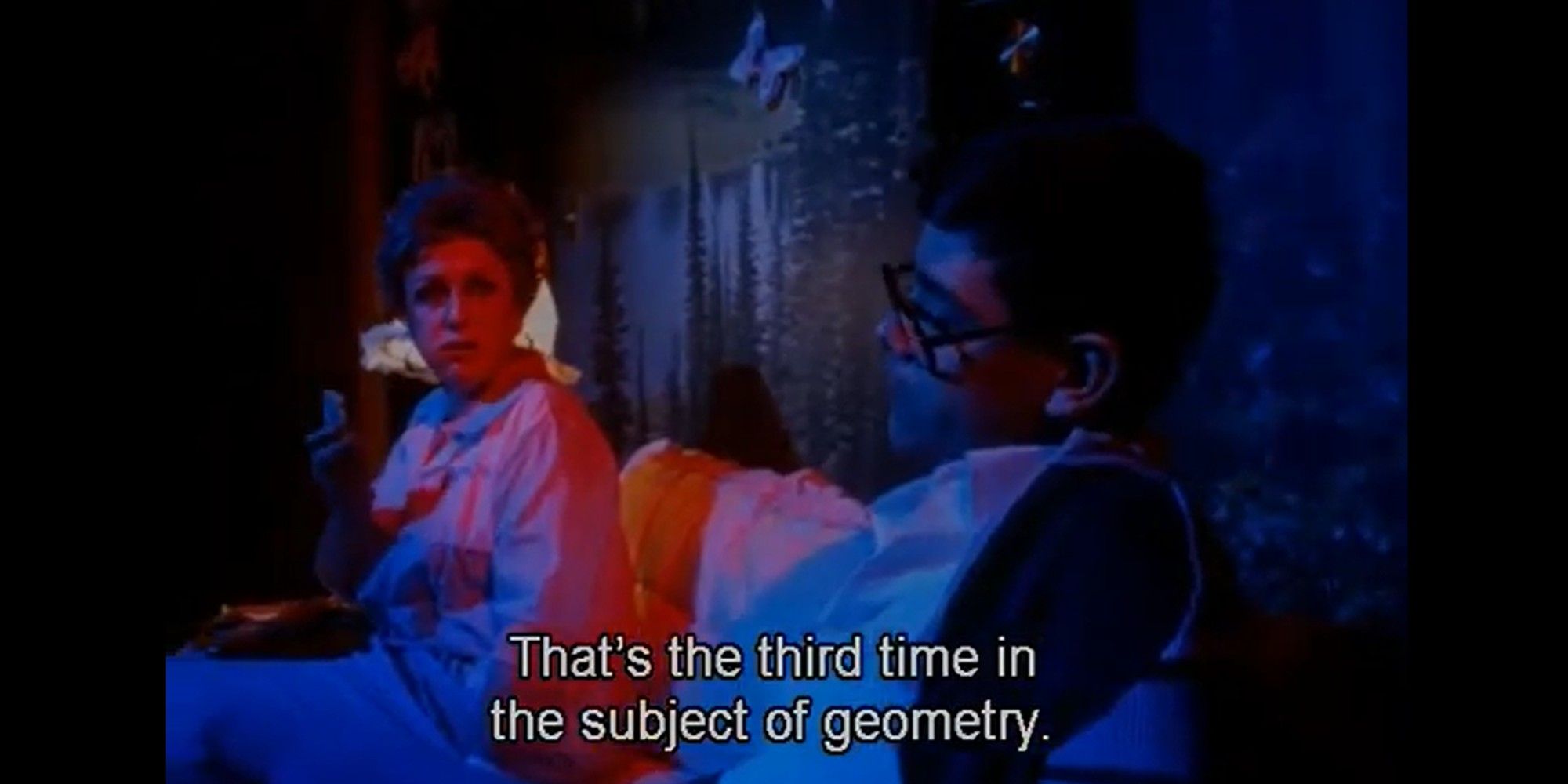 And then it ends. It's short and sweet, clever and gruesome. Horror and comedy are often structured in similar ways, with both designed to elicit a response: gasps or laughs. This early work from del Toro feels, straight up, like well-executed sketch comedy, perfectly delivering its bleak punchline. Though in his acceptance speech at the 2018 Oscars, del Toro said that he couldn't have imagined winning an Academy Award while he was growing up in Mexico, this short shows a filmmaker who already had a brilliant grasp of his form, brilliantly channeling the spirit of Halloween.