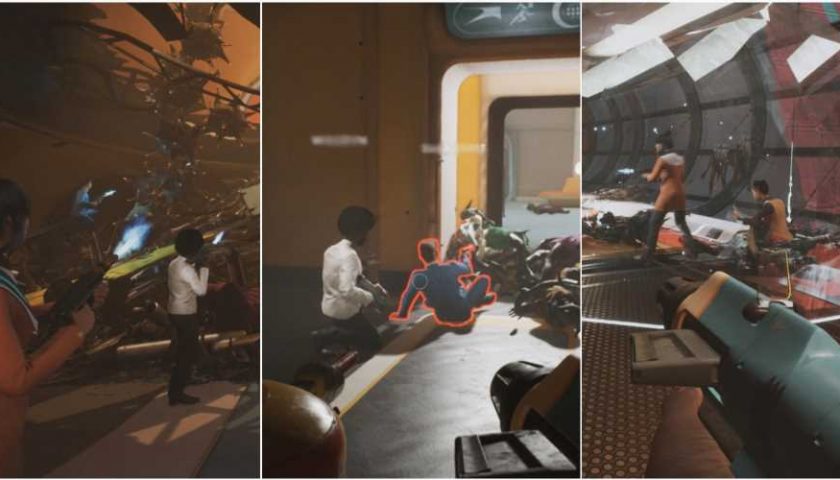 The Anacrusis is a first-person shooter akin to the popular multiplayer title Left 4 Dead. You run around a retro-futuristic space station blasting aliens with a litany of guns, grenades, and goo while completing various objectives. With three episodes available in the Early Access launch of the game, there is plenty of content for players to enjoy.

However, as this not-quite-ready-yet shooter remains in Early Access, there are likely many questions on players’ minds as to exactly what you do. From tips and tricks to useful information if you’re contemplating purchasing it, here is everything the budding stylish '60s alien hunter needs to know before jumping into The Anacrusis.

8 There Is No Single-Player 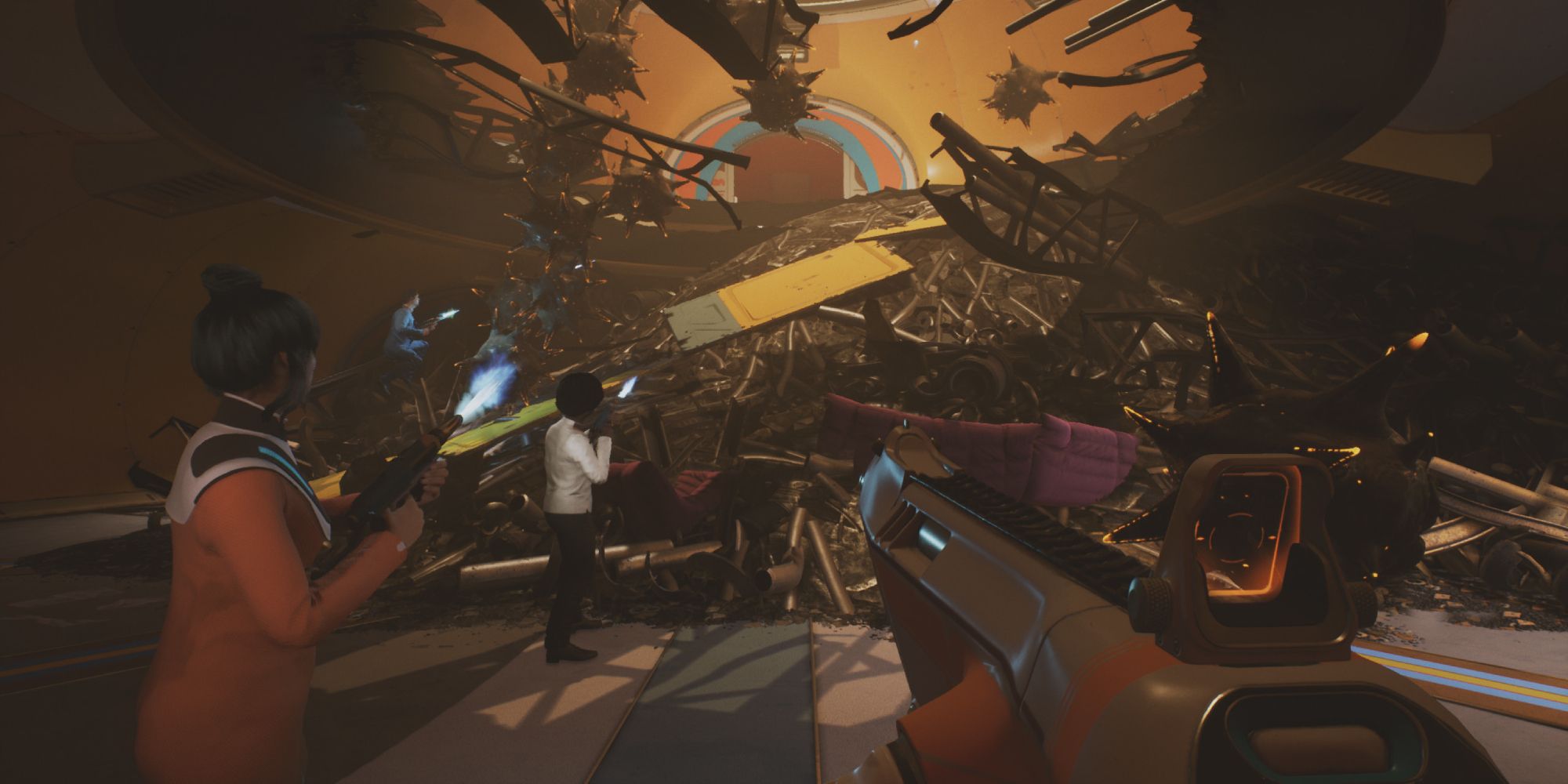 While games like Left 4 Dead and Back 4 Blood offer an offline single-player mode, The Anacrusis does not. When you start it up you'll have to join a game with either a group of friends or strangers. So, if you were looking to enjoy the stylish shooter with bots and offline, at this moment in time you won't be able to.

However, there is a very roundabout way to play alone. Should everyone else in your party leave but you, they'll be replaced with bots. This ostensibly makes the game a solo affair, although you'll still need to be connected to the internet to enjoy it. This relies on others leaving your team, so if you're really desperate to experience The Anacrusis alone then just play really badly and hope your teammates give up and leave. 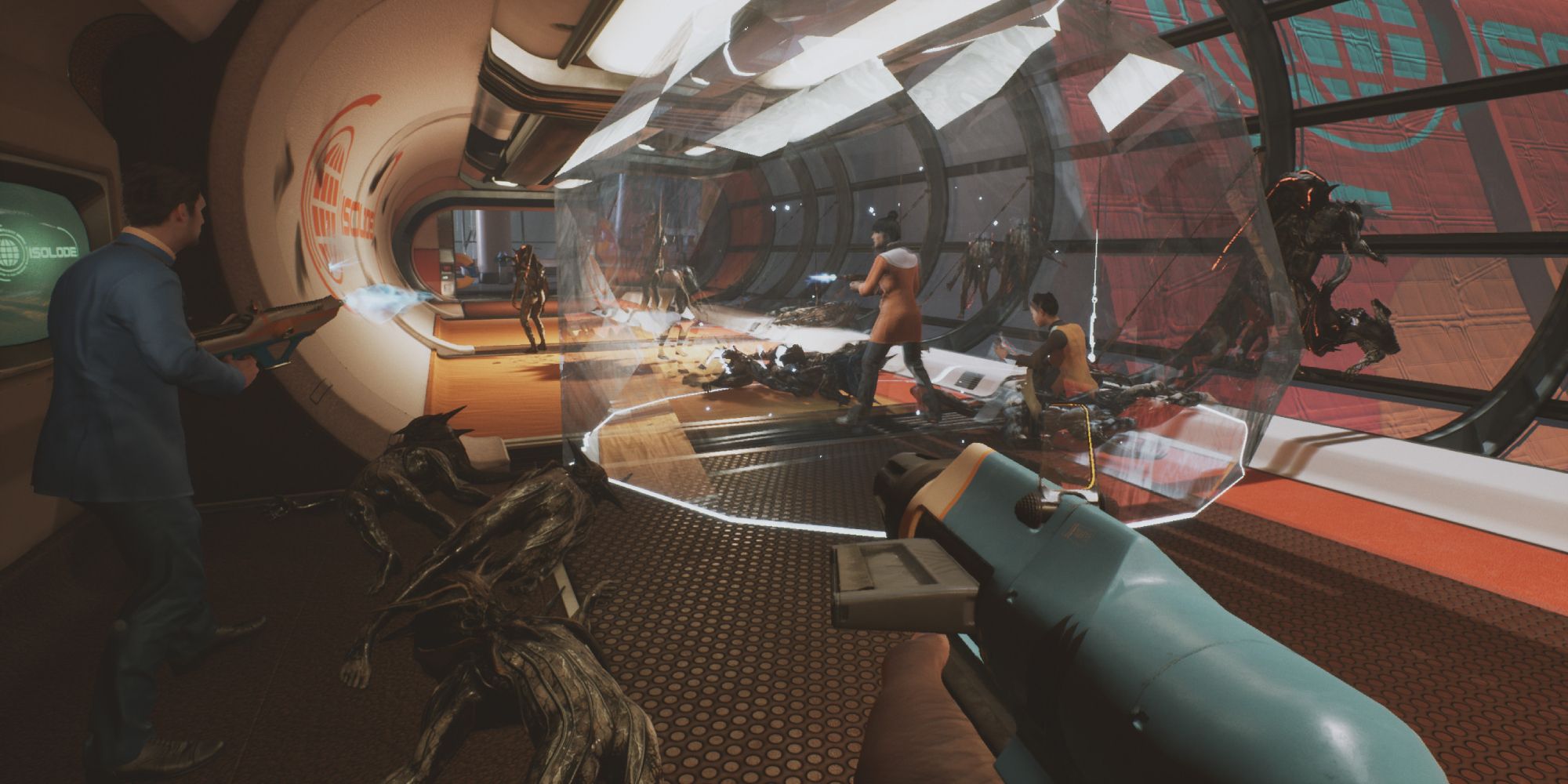 The SMB is The Anacrusis' version of the SMG commonly found in other shooters. It's a fast-shooting automatic gun that, while fairly inaccurate, can unleash an unrelenting wave of bullets into your enemies. Its large clip size, as well as reserved ammunition, make the long stretches between charging stations a breeze, meaning you'll very rarely have to rely on your pistol.

As the SMB is one of the starting weapons accessible in the opening area of each section, it's advisable to choose it over the other two. While the Blaster (shotgun) and Plasma Rifle (rifle) are still viable options should you run out of ammunition in your SMB, they pale in comparison. 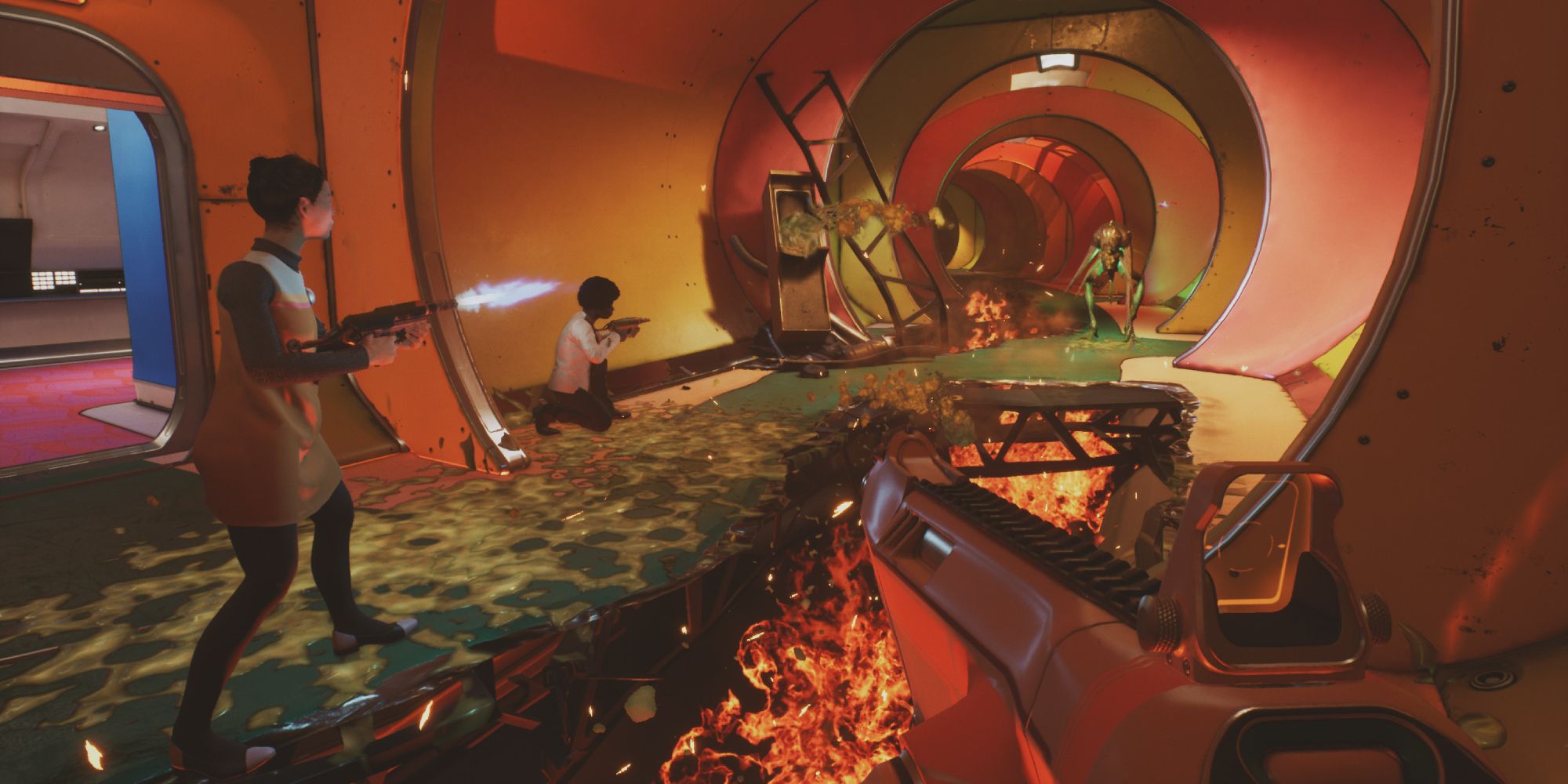 Tagging is a fairly minor mechanic in The Anacrusis. It essentially functions in the same way it does in games such as Apex Legends. If you see something you think might be of interest to your fellow teammates, then you can tag it, so they're notified of its location. This applies to enemies, weapons, equipment, and charging stations. You can also use it to indicate where to go next.

While it may be easy to forget to use this mechanic, or even easier to simply steal the loot for yourself, helping out your teammates is incredibly important in The Anacrusis. Ensuring that everyone has a health pack or a gun with enough ammunition will make sure you all get to the end of the level safe and sound. Well, mostly.

5 Stay Close To Your Teammates 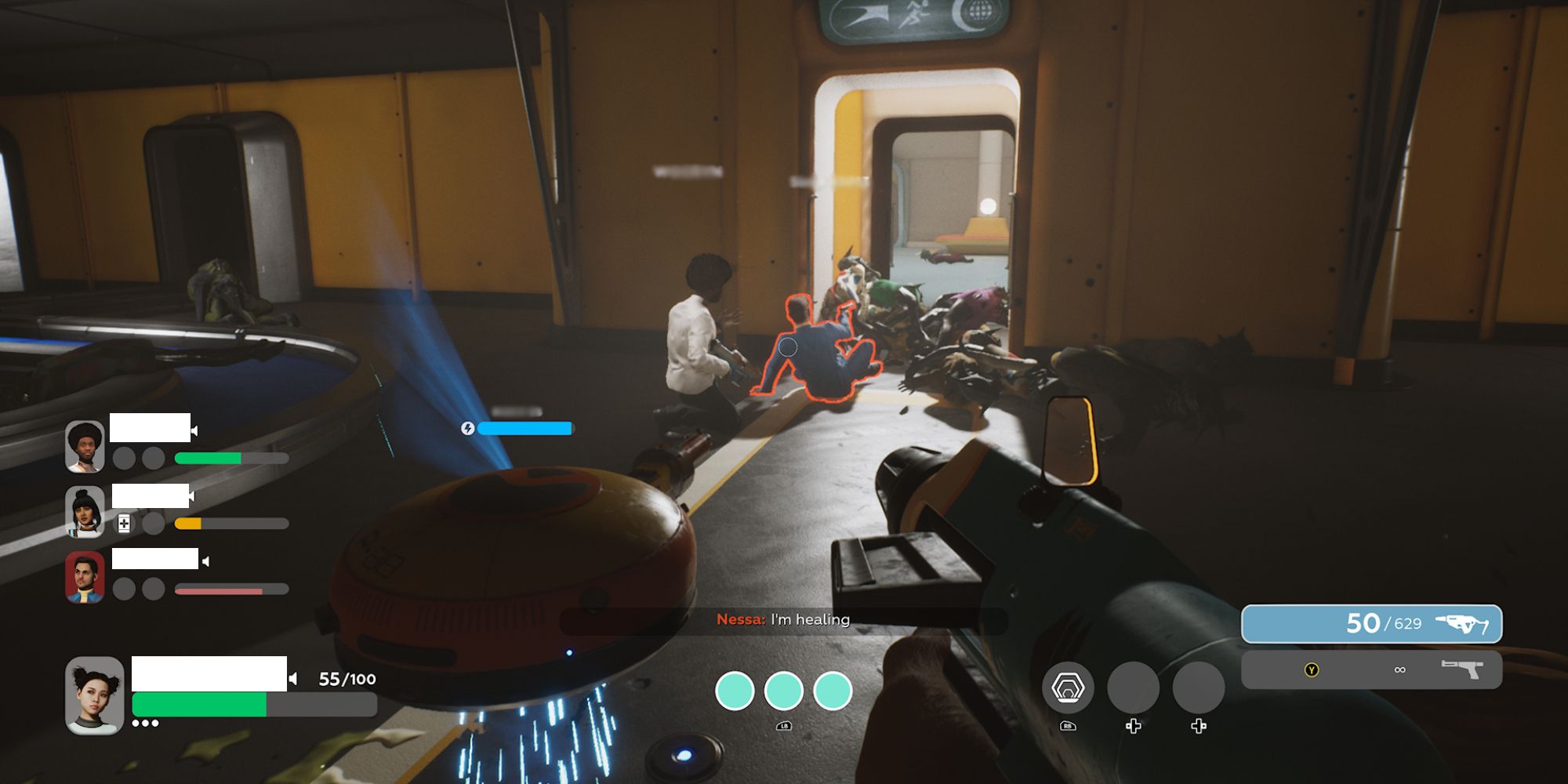 It isn't hard to get killed in The Anacrusis. With swarms of enemies overwhelming you at every opportunity they get, there is a very good chance that you or a teammate will get downed. While there is a brief period of time in which you can help a downed ally back up, they will eventually die and will need to be revived. Should that happen, you'll have to summon another wave of enemies while you wait for them to come back.

This is why teamwork and sticking close to your teammates are so crucial when playing The Anacrusis. Making sure everyone is well-equipped and protected from all angles will ensure that no one will be down for long. While The Anacrusis certainly has its faults, it is this sense of comradery that makes it such a worthwhile contender for those looking for the next Left 4 Dead 2.

4 The Mission Doesn't End When You Reach The Elevator 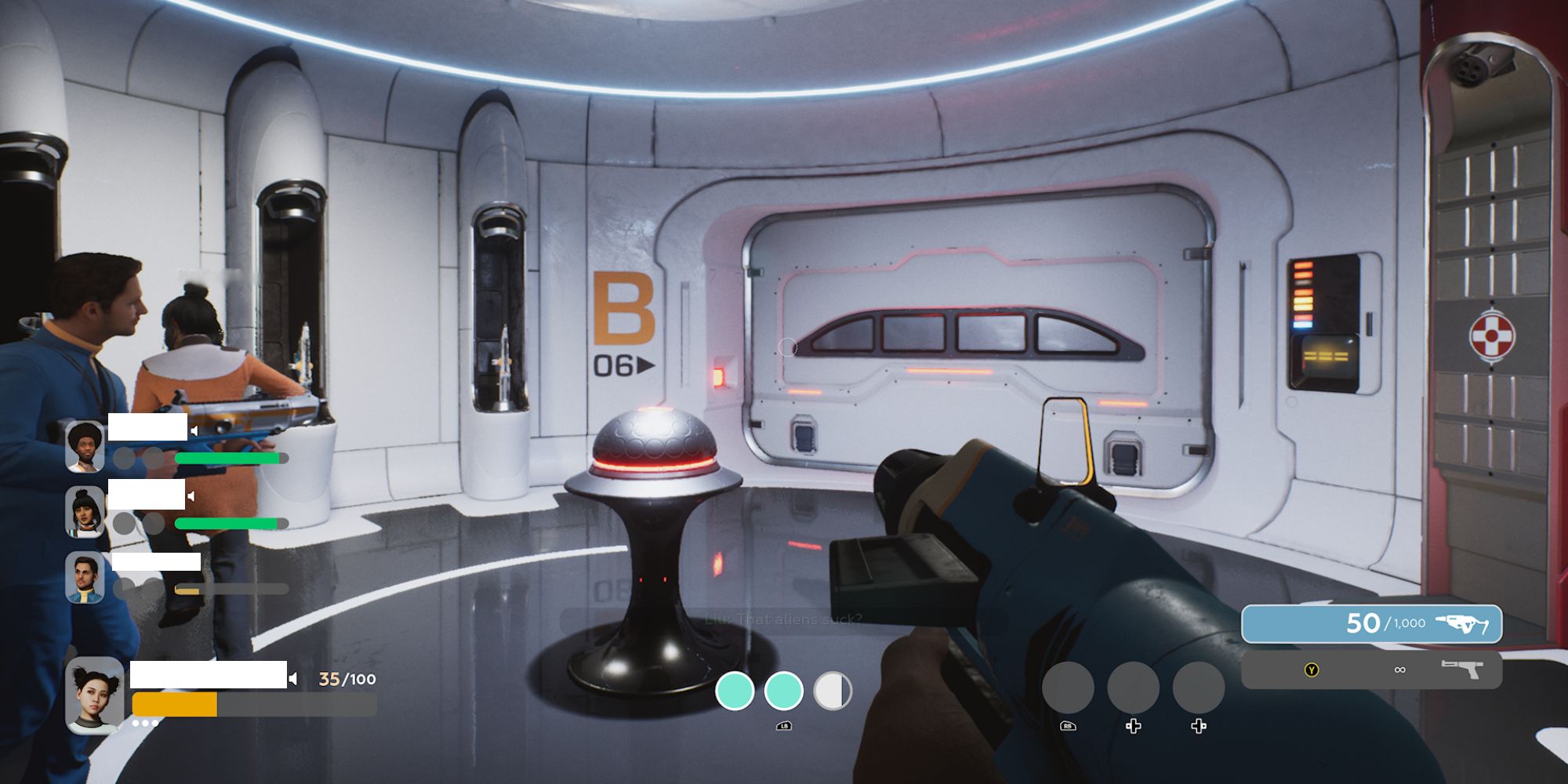 So, you've fought through legions of multicolored aliens, held your own against the barreling brutes, and saved your comrades from a grappler or two. After all of that you just barely make it to the lift with a sliver of health left and no way to replenish it. But, the mission is over, so what does it matter?

Well, unfortunately, that's not exactly true. The mission doesn't end once you reach the elevator. While you can take a quick breather to gather your thoughts and quickly cross your fingers in the hopes you'll make it through another gauntlet of pain and agony, you still have to get back out there. Each mission is surprisingly quite long and split into multiple stages, so you'll see the inside of an elevator quite a few times before it eventually ends.

3 Don't Forget To Charge Your Weapons 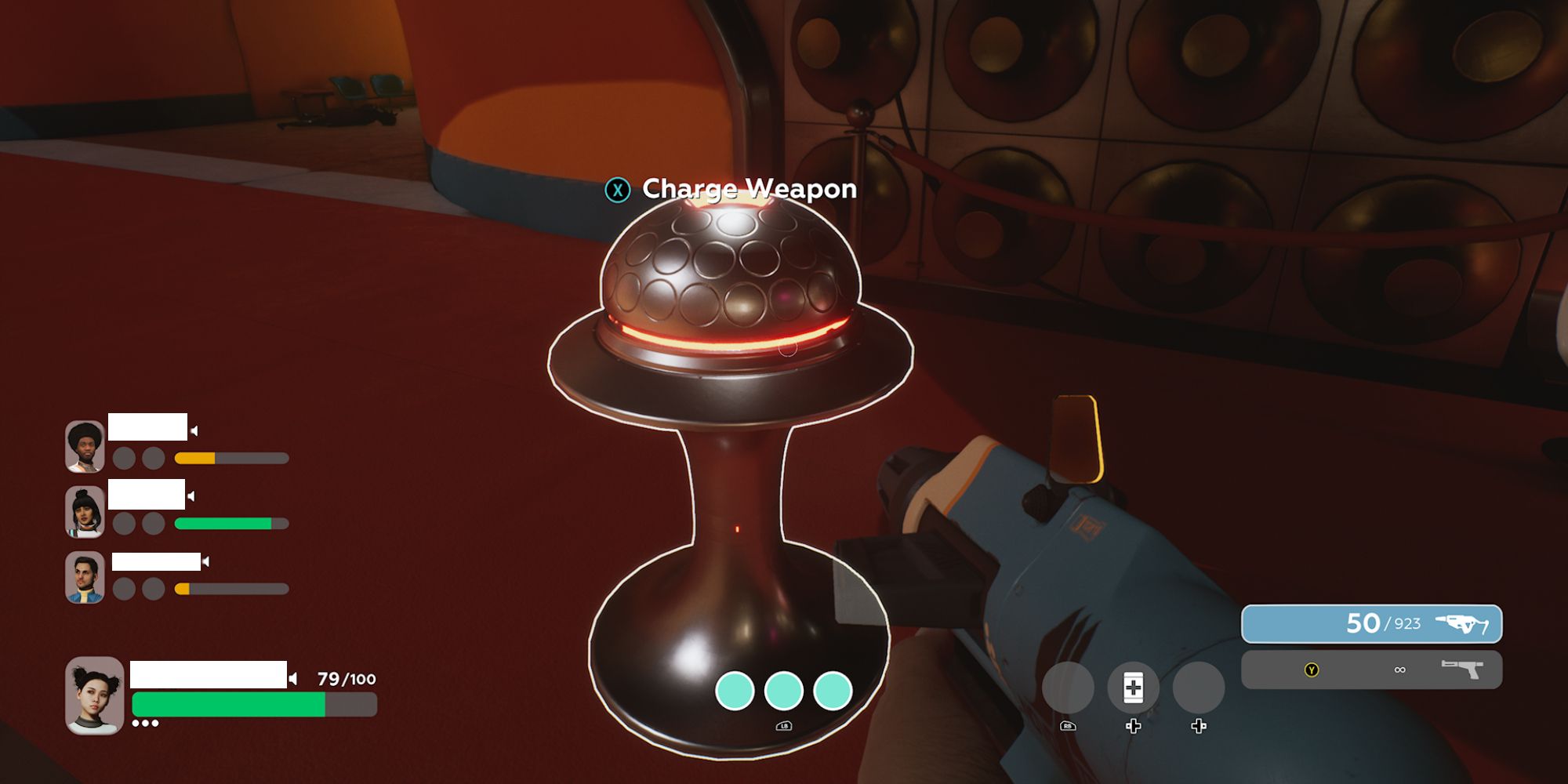 Ammunition isn't all that scarce in The Anacrusis. All the basic guns start with a decent amount of ammo, and there's a very good chance you'll come across more of them down the line which you can switch out for your old one. However, should you find yourself in a position where your supplies are dwindling, then be sure to use a charging station.

Charging stations are scattered across each level. They're hard to miss, both sticking out amongst the garish locations and literally glowing, and are free to use. All you need to do is head over to one and press a button. Once you've done that you'll replenish your ammunition and can go on your merry way. It's worth keeping your eye out for these charging stations just in case. You don't want to run out of bullets the second a Brute comes charging your way.

2 Throw All Of Your Grenades 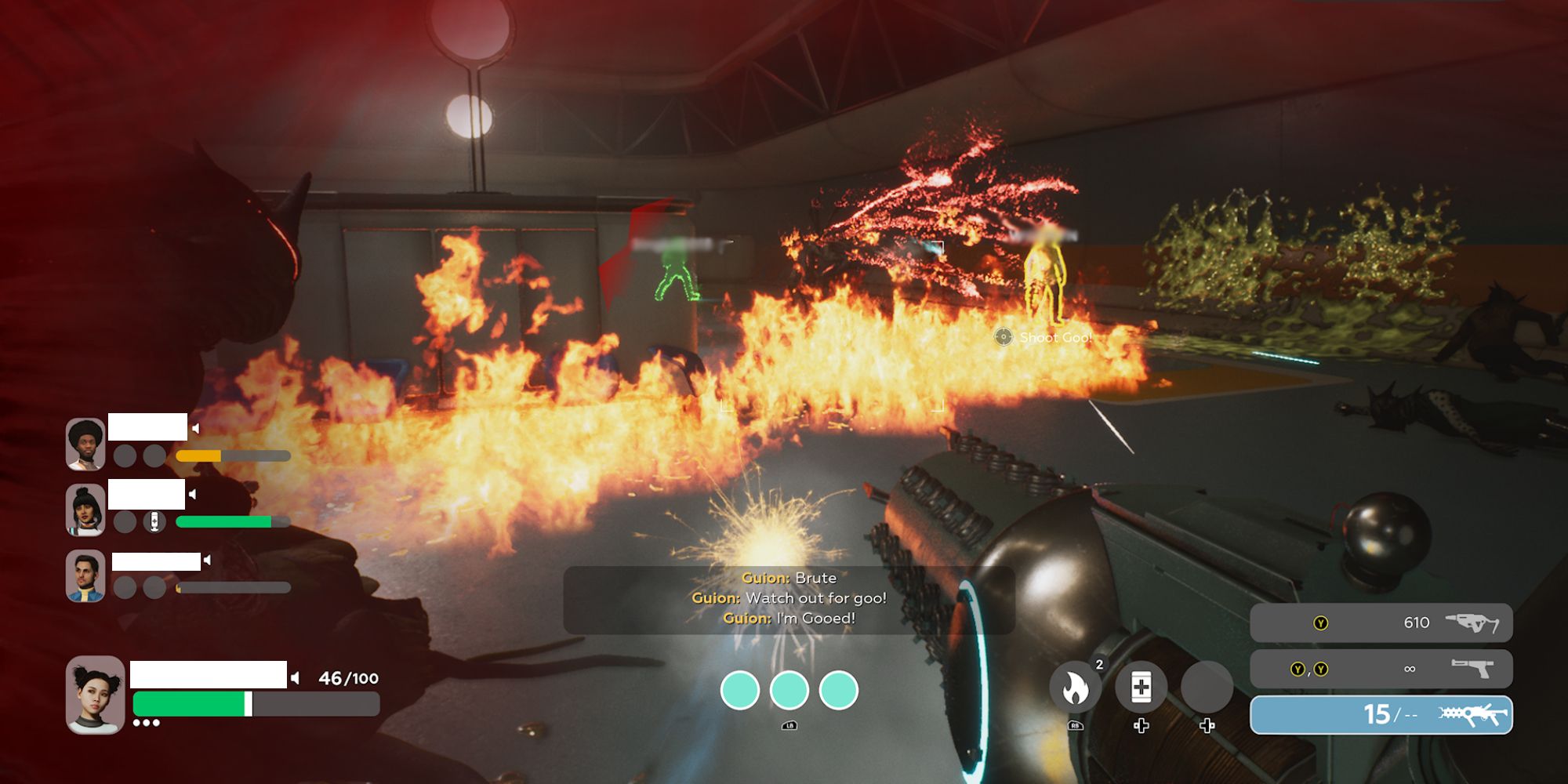 There are all kinds of grenades in The Anacrusis. From grenades that explode into a pile of goo to ones that burn everything in their wake, you won't find yourself longing for a unique explosive to toss into the legions of aliens coming your way. However, while it may seem like you should hold onto your grenades for a special occasion, it turns out you're actually better off throwing them whenever you feel like it.

Grenades are a dime a dozen and are one of the most commonly found items in The Anacrusis. As you can only hold one type of grenade at any given time, it is in your interest to throw whichever you find practically the moment you get them. You won't be without them for long, as they tend to spawn right around the corner when you need them the most. 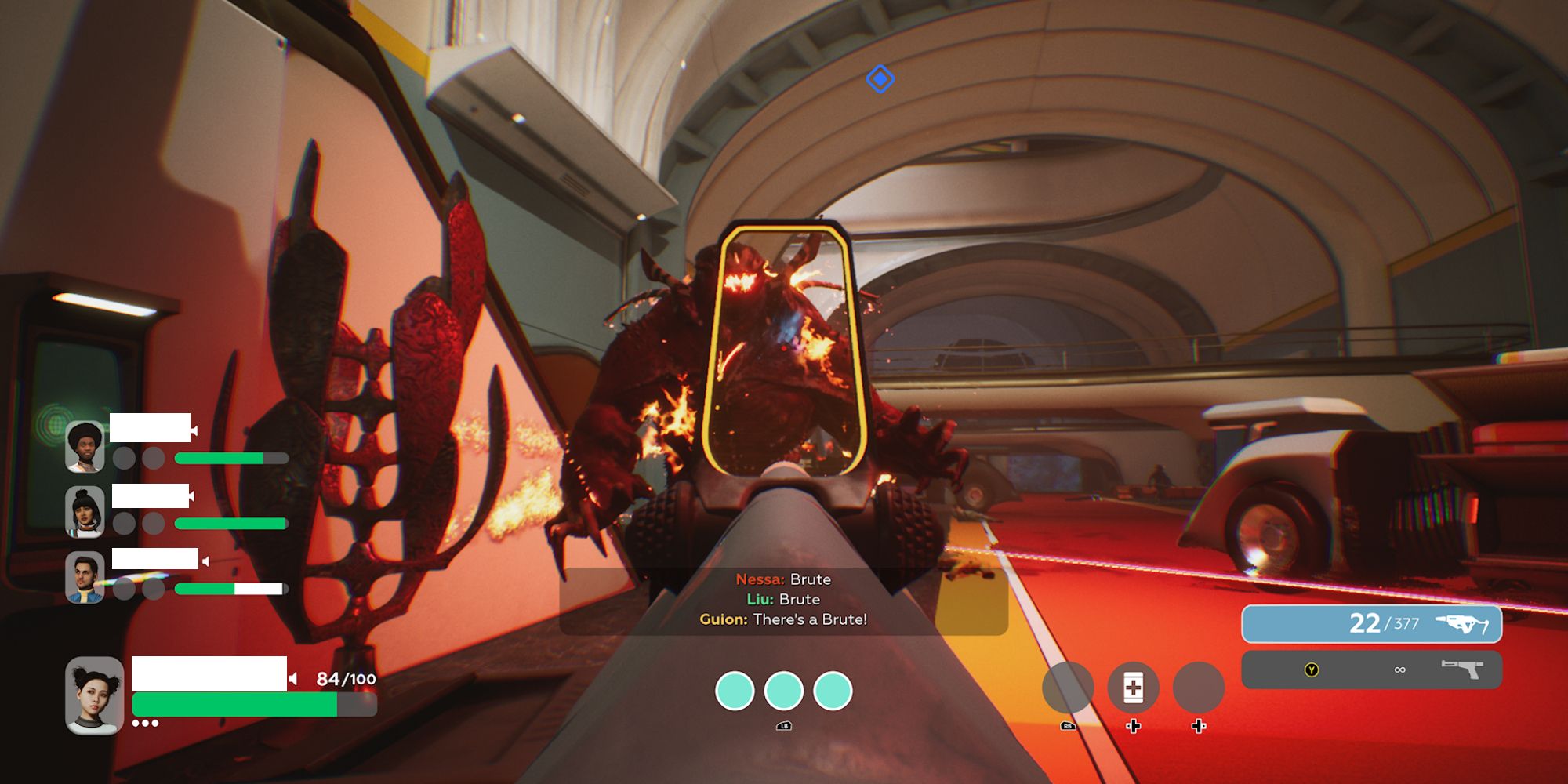 Like in the frantic – and frankly badass – first-person shooter Back 4 Blood, you’ll come toe to toe with a plethora of special aliens that want nothing more than to rip and tear you apart in The Anacrusis. From brutes who barrel down corridors with a vengeance to grabbers who hold onto you tighter than a warm embrace, there are all sorts of unpleasant aliens for you to fight.

While you're normally alerted to their presence whenever they arrive, there is the odd occasion in which they may blindside you. It always pays to be on the lookout for these distinct creatures as they can deal devastating amounts of damage and potentially ruin a successful run.