If you chose to romance Garrus Vakarian in Mass Effect, then get ready for some good news. Today, you can buy yourself a Garrus body pillow! It’s technically just the case, but all you need to do is get a body pillow, and you will have your own personal Garrus Vakarian by your side.

You can find the Garrus body pillowcase on BioWare website for just $35. One side of this pillow is Garrus laying sideways, while the other side shows him lounging on his back. The case itself is 24 x 53 inches, which is perfect for snuggling up to! This is about two by four feet. BioWare said you may even imagine Garrus whispering “your waist is very supportive” or “let’s sleep in, those calibrations can wait” while laying with him. Who wouldn’t want to hear stuff like this? 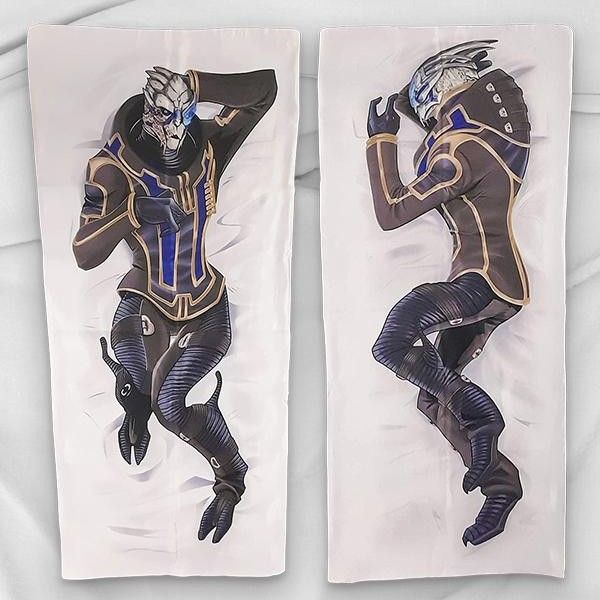 After his appearance in the first Mass Effect game, Garrus quickly became a fan favorite. All across the internet, fans have voted Garrus as their favorite character in Mass Effect. Many believe that the games would truly be lacking if Garrus wasn’t there, and it’s easy to see why. While having a compelling storyline and relationship with Shepard, Garrus has no shortage of memorable quotes. You can opt to just remain friends instead of romancing him, but if you did romance him, then you definitely deserve this body pillow.

The pillowcase can be a bit pricy, but nothing beats having your own Garrus. Body pillows in this style can often be a little explicit. Thankfully though, we are given a more wholesome Garrus who just wants to lay by your side. Still can’t get enough of Garrus Vakarian? In December of 2020, a new Mass Effect game was announced. We don’t know the release date yet, but we can look forward to seeing Garrus one more time. Maybe this time, he will finally finish his calibrations.