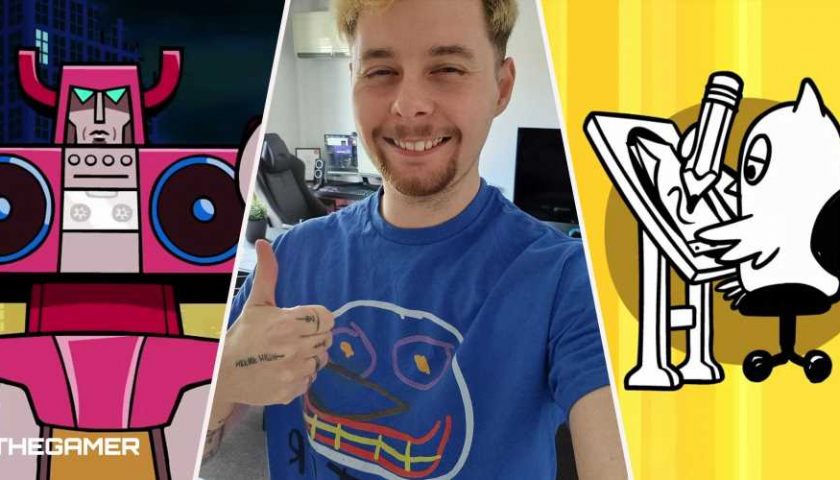 It's April Fools' day — it's a day for gags, jokes, pranks, witticisms, hoodwinking, buffoonery, japes, jests, larks, shenanigans, and channeling the raw, unmitigated power of an online thesaurus. It's also a day for news outlets to publish outrageous and/or facetious headlines just to yank the rug out from under you for laughs. This isn't one of those articles. Sorry to dash your hopes. We do legitimately think Jackbox is perfect to crack open for the occasion.

For the uninitiated, Jackbox Party Packs contain a selection of humorous and inventive party games that are perfect for playing with a group over a Zoom or Skype call. You can play on your phone, your PC, your laptop, consoles, and on — the technological bar for entry here is hardly exclusive. On a nearly bi-weekly basis, our staff actually gets together to play Jackbox and have a few laughs. There's no better way to learn entirely too much about your colleagues or humiliate them in the most harmless way possible. If you're curious as to what the games themselves are, well, here are our favorite picks around the digital office here at TheGamer. 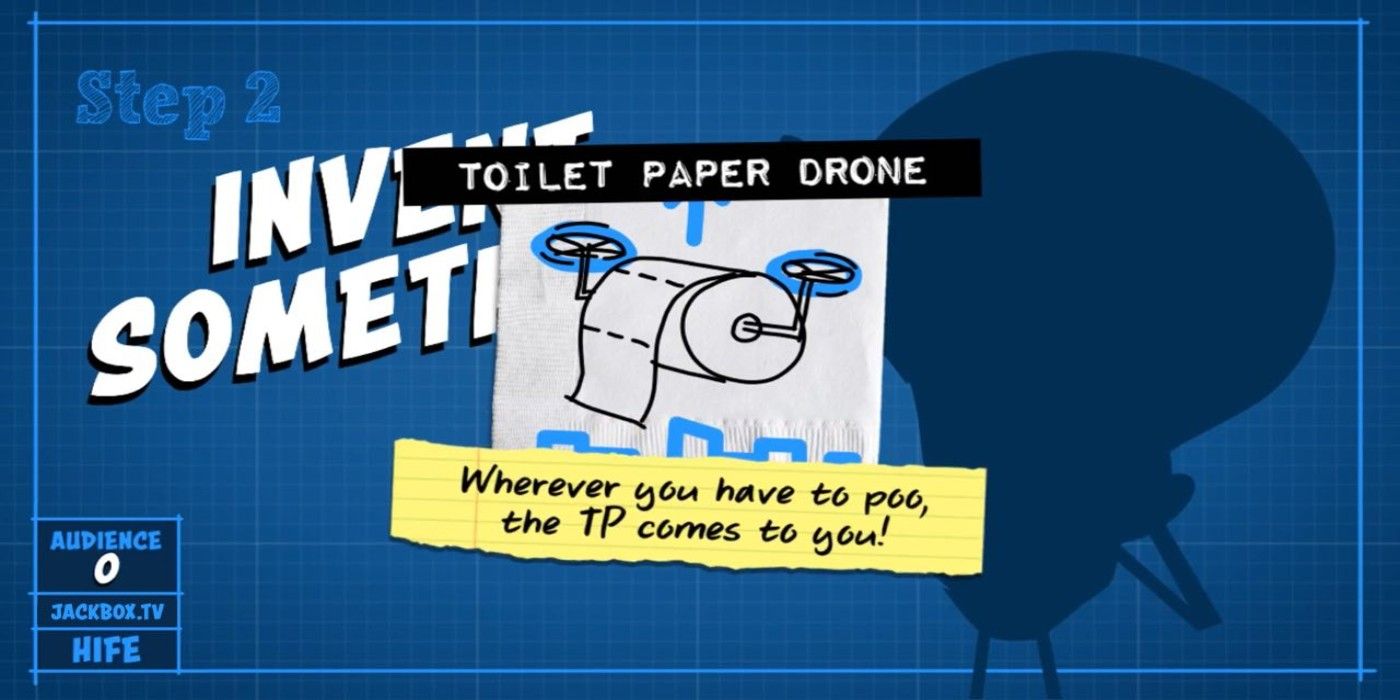 Patently Stupid is the perfect combination of Jackbox games. Sure, nothing beats Quiplash for making your friends laugh by answering 'cum' for everything, and Trivia Murder Party is brilliant for when you want to remind your friends that you're the smart one of the group, but Patently Stupid charges you with combining those skills. You can't just trade in cheap laughs, but you can't overthink your invention either or it will be dead on arrival. It challenges your wit, your artistry, your intelligence, and your presentation skills, usually in the face of a prompt which is entirely useless and often a little bit gross. Then again, when we played we had to devise an invention to kill one of our other editors, and despite some fantastic contraptions, the winning invention was a gun. Sometimes the old ones are the best. 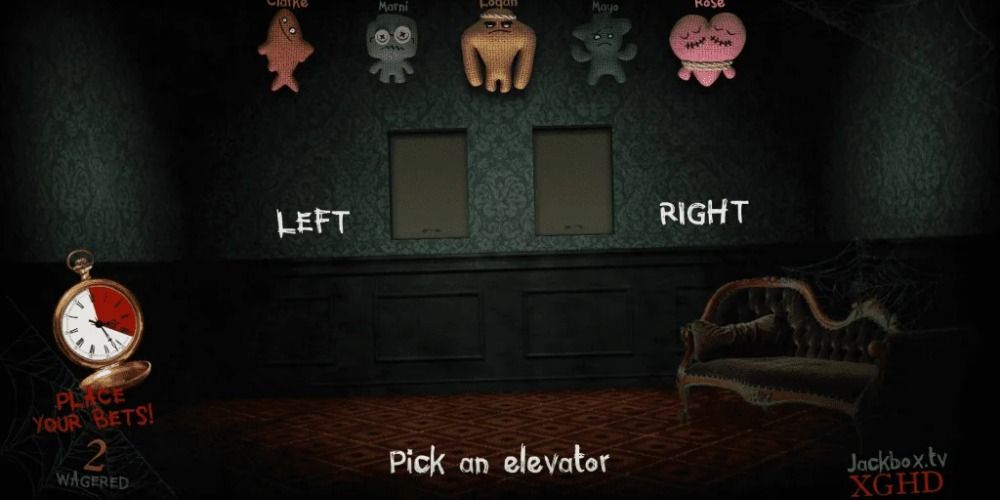 I absolutely love playing Jackbox but if there’s one thing I’ve learned from doing so, it’s that I am not witty and I cannot think of anything remotely funny when under pressure. Often, I have to resort to poop jokes. And let’s face it, unless you’re George, no one finds them funny.

My favourite Jackbox game is Trivia Murder Party because it doesn’t really require me to be funny. You don’t even need to be a know-it-all to win either as the answers are multiple-choice, you just need to use a little common sense to weed out the incorrect ones. I adore the little voodoo doll avatars and, I’m not going to lie, I take some pleasure from watching my friends or colleagues get murdered if they mess up. Sadly, my best performance in Trivia Murder Party was when I was in the audience. 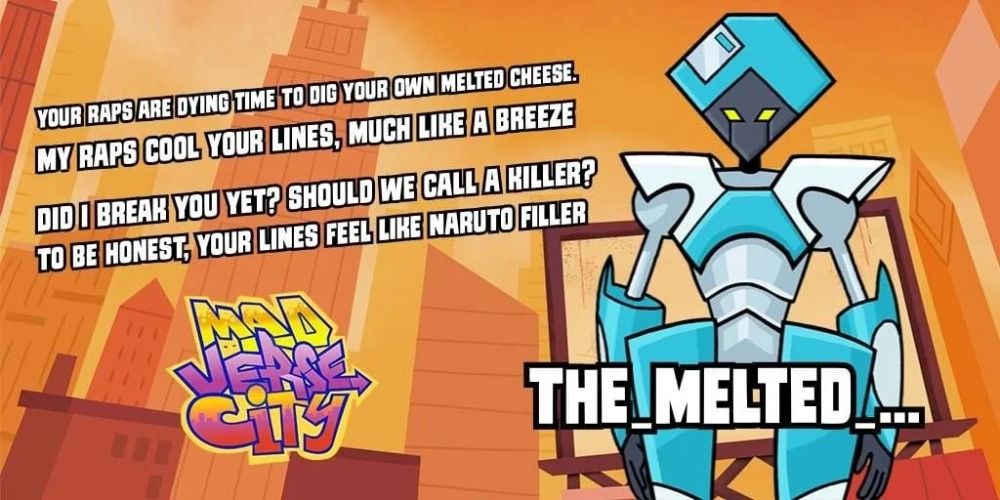 I can't rap, my friends can't rap, my colleagues definitely can't rap, but Mad Verse City is my favourite. Why? You definitely asked. Because it's an excuse to rip the piss out of each other in rhyme. Think of it like a roast but with poetry and the 'butt' of every joke being George (see his entry below) and his peachy bum hole. Countless dumb in-jokes have sparked among my friends, colleagues, and family, and it's a perfectly valid excuse to be absolute human filth to one another. 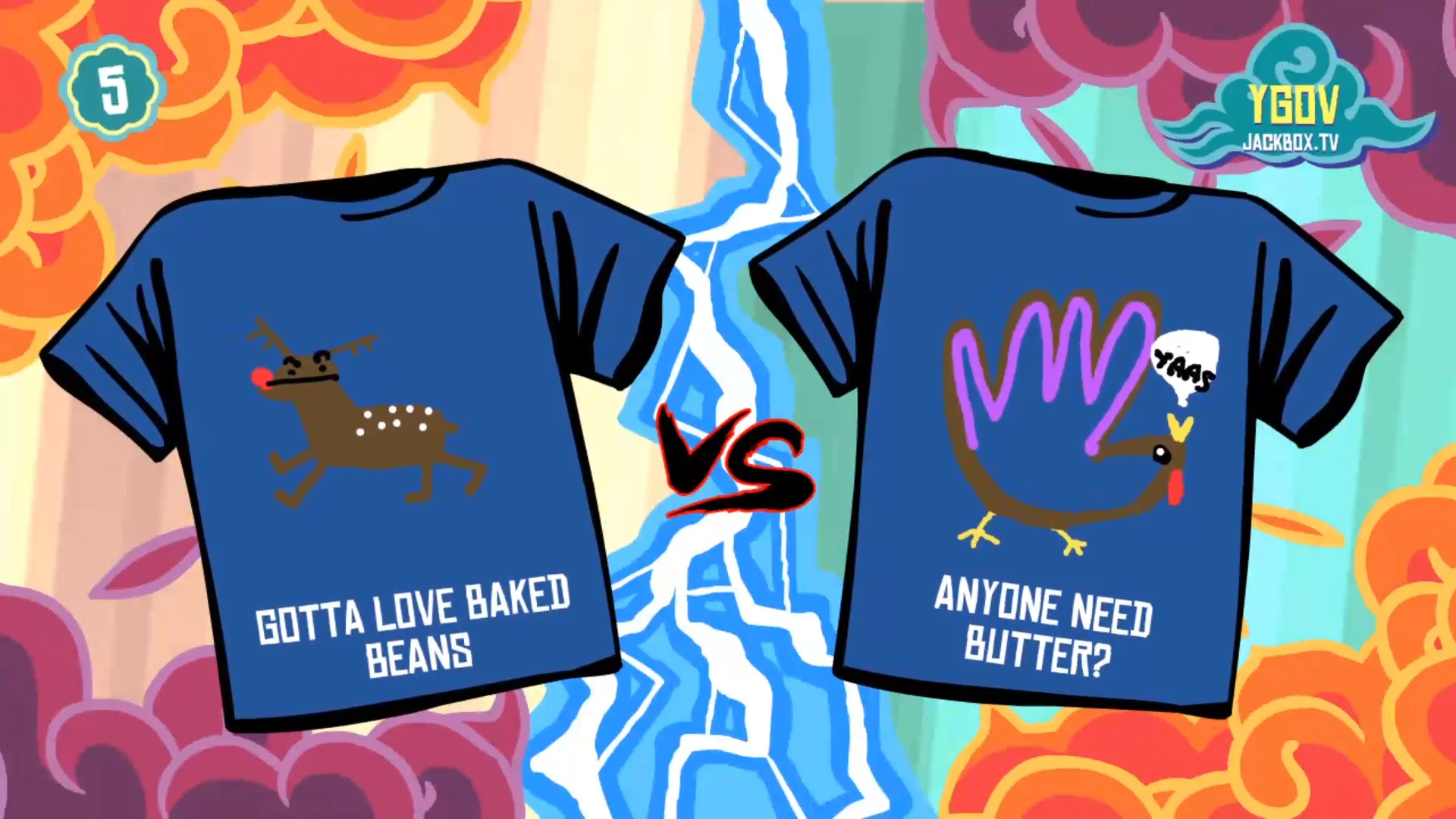 It’s tough to pick a favourite Jackbox game, but it’s pretty easy to pick a favourite memory. Our weekly social night at TheGamer rotates between quizzes and games, and the game often ends up being Jackbox. There are many stories I could tell, but this one focuses on Tee-KO, from Party Pack 3.

I like to have a few drinks when we’re on a social, and the more I laugh, the more I drink. On this particular night, everyone decided they’d suddenly sold out the O2 because the jokes were flowing and the beer was following suit. We decided to end on Tee-KO, which resulted in a mess of weird drawings that sort of matched with phrases, the best of which was a yellow blob shrugging with the caption “guess I’ll die”.

Tee-KO ends and someone makes the horrendous mistake of telling me that you can actually buy the shirts you’ve just made as long as they’re not too filthy, which sounded like a fantastic idea after precisely two beers. Of course, that rules out about 80 percent of the shirts we’d just made, leaving a drunk me with what was definitely a butthole, or a poorly drawn “butter boy” with crooked teeth, multicoloured facial features, and eyes that stare beyond your soul. Underneath, as if his mantra, is the poorly-drawn word “butter”.

Long story short, I now own that shirt. No regrets. 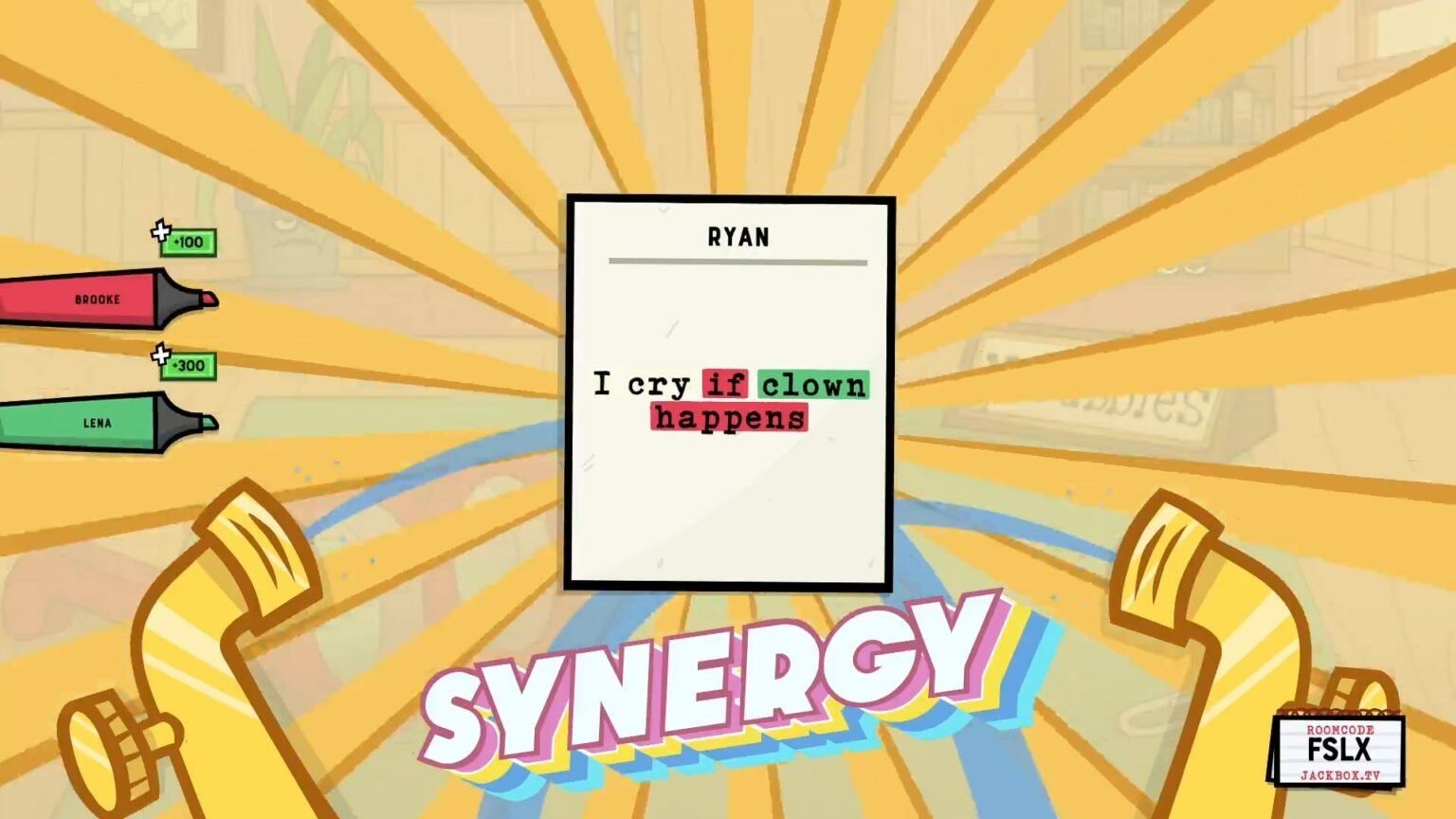 Job Job sees you applying for a job and needing to impress your new boss, or as is often the case during our TheGamer socials, our actual boss. The catch is that you can only use the words contained in other people's answers to entirely different questions. This usually goes about as well as you'd expect from games of this type.

The questions you answer to provide your fellow players with their words are surprisingly sensible. However, that doesn't mean the answers you'll get in return are. Not only will each original answer be split between two or three people, but for every person who writes something nice and useful, someone else will write a random string of curse words.

Most Jackbox games are as funny as the people playing them and Job Job is no exception. When reviewing this version of Jackbox we were randomly gifted with a joke about someone who will remain nameless and their balls. Even months down the line this is still funny. It will never not be funny and it helps keep Job Job at the top of my list of excellent Jackbox games. 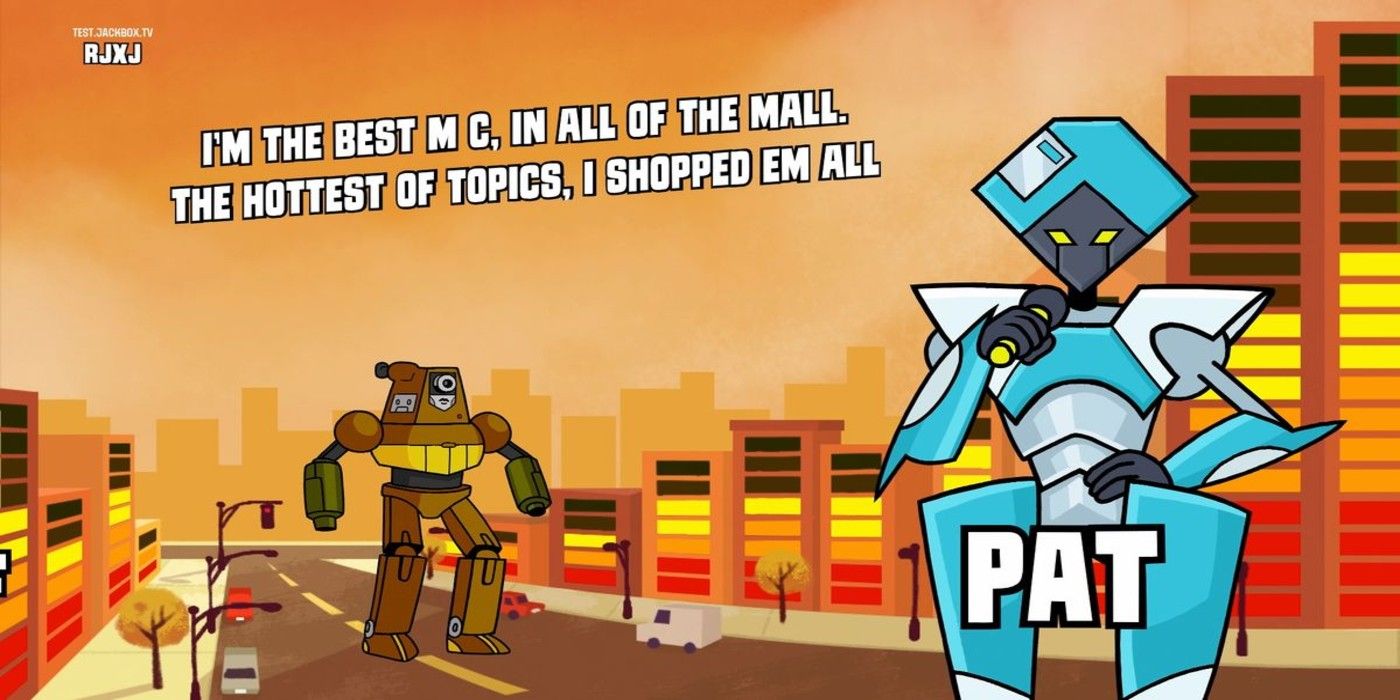 We haven't done Mad Verse City during one of our social get-togethers yet – at least not any of the ones I've been to – but I can't wait for it. Mad Verse City suits a slightly longer form of comedy, where the punchline of a joke can be set up three bars before. It's not as easy to lean on 'cum' jokes as it is in Quiplash, so it forces people to think ahead and maintain a joke. My first time playing it was when I was on holiday in New York, so Mad Verse City holds a special place in my heart. I love the audience participation, and also just the thought of huge robots duking it out over a beat. If they ever make Pacific Rim 3, it could learn a lot from Mad Verse City. 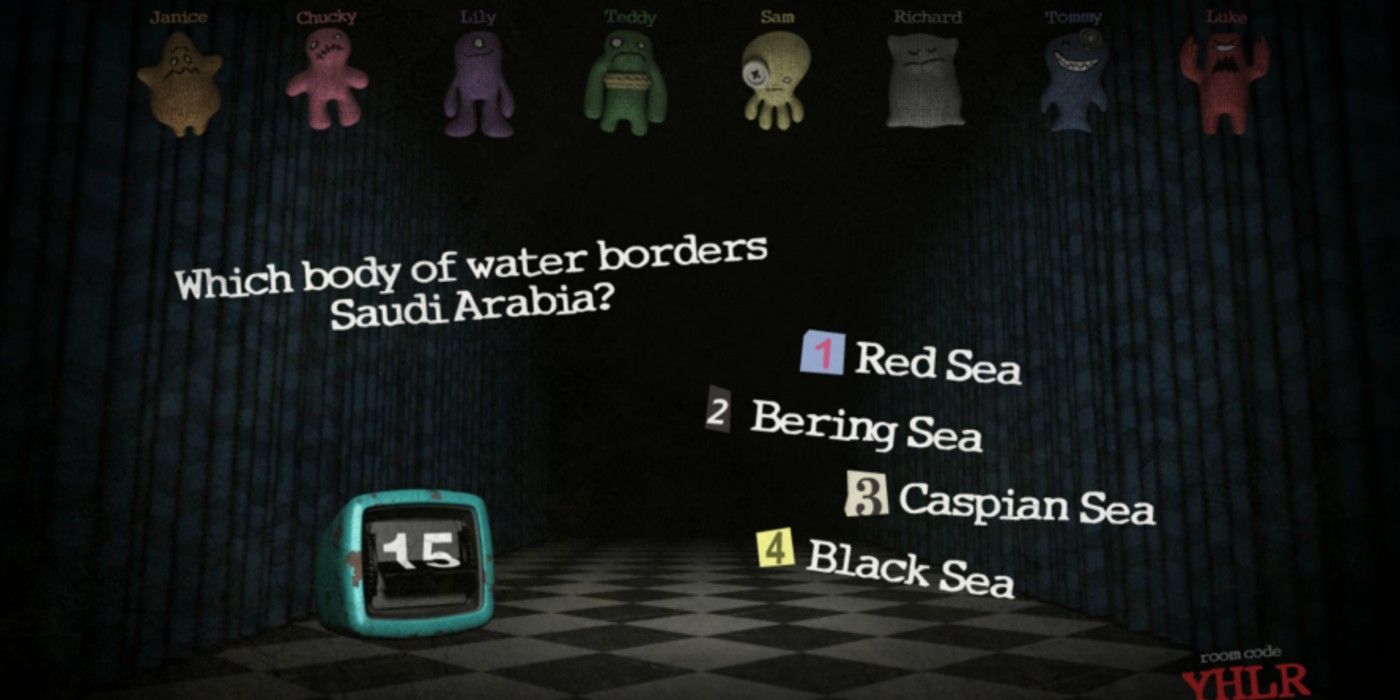 I'm not a witty and charismatic person like everyone else here. Instead, I'm a massive know-it-all who likes to show off to the point of annoying everyone else at TheGamer, and whenever when we played Trivia Murder Party at a recent social night, it was my time to shine. It's one of the most straightforward Jackbox games: you compete in a trivia quiz, but getting questions wrong means you run the risk of being murdered by the serial killer hosting the show.

Death doesn't mean you're out, though; you become a ghost and compete from the afterlife and try and take down the living players. It's a bit macabre, but still has that Jackbox goofiness to it. The last time we played, I was the last survivor, hadn't gotten a single answer incorrect, and managed to beat everybody else in the final round (which is kind of like that gameshow The Chase, where you have to keep ahead of your opponents by getting answers right). It was possibly the greatest achievement of my life. 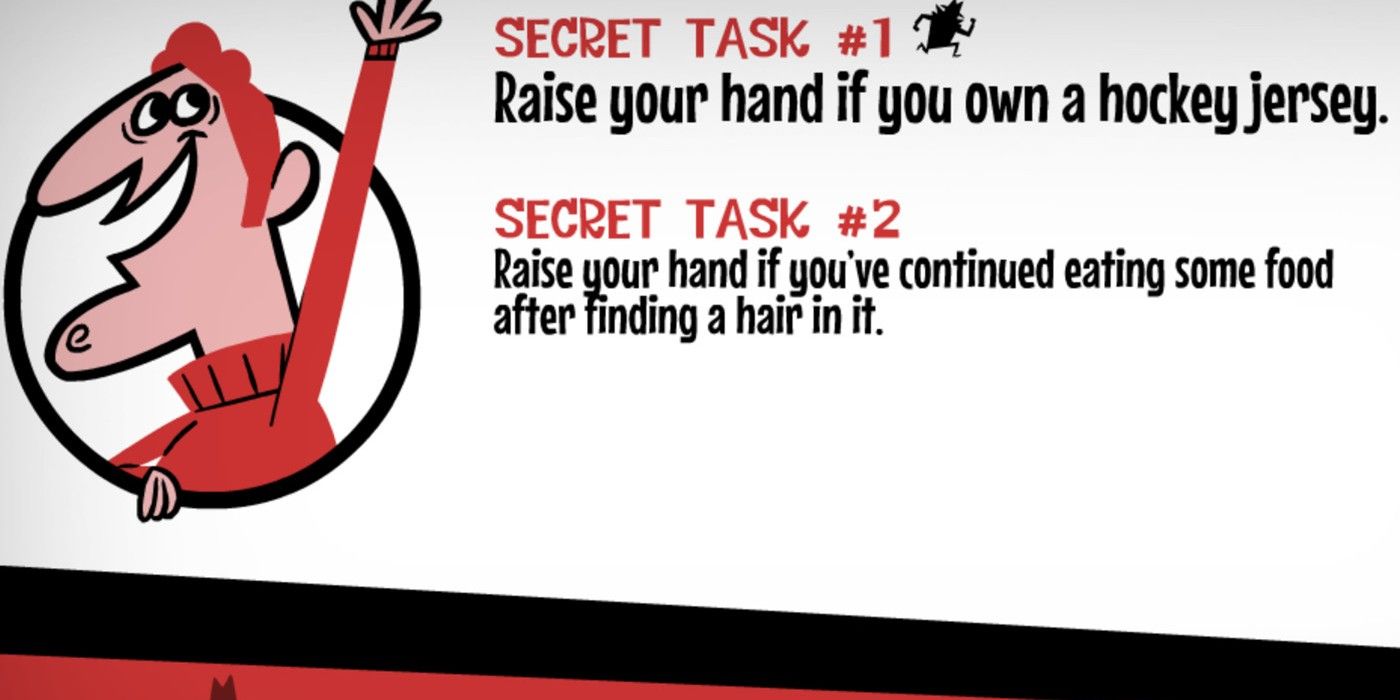 Nothing stresses me out more than lying, but nothing amuses me more than catching someone else in a lie. Fakin' It makes me do both! In an absolutely clever blend of "Never Have I Ever" and Among Us, a statement is presented to everyone playing, and if the statement is true for you, you raise your hand. However, one person does not get to see this statement on their phones. So when it comes time to raise hands, that person is left completely out of the loop. 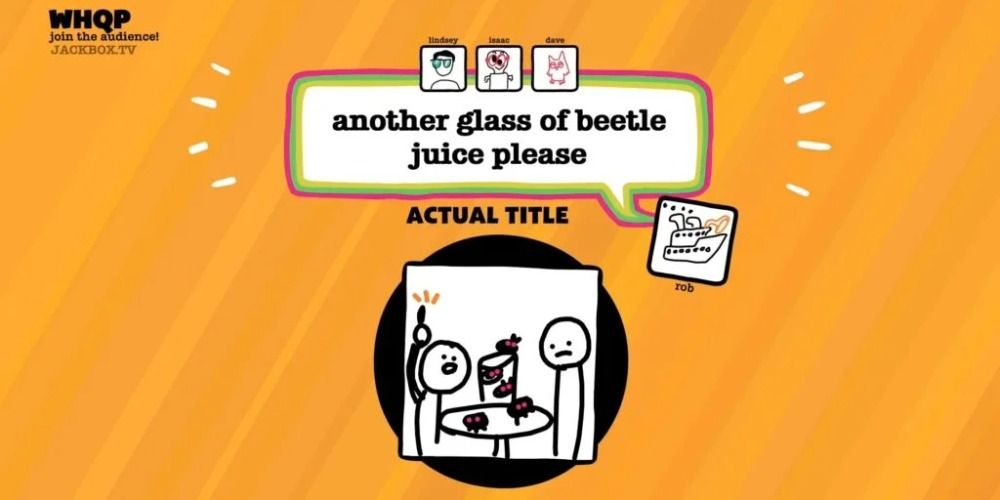 Look, there's not a singular artistic bone dwelling anywhere in this body. There's a reason I work with the written word over practically any other creative implement — it's something I can occasionally hoodwink the odd person into believing I've got a knack for. Suppose the root talent there is hoodwinking, but I digress. I don't need to be good at drawing to string together a two-frame animation based around an absurd prompt. In fact, it seems to pay dividends if you're hot garbage at it.

For example, I got the prompt "muscular windbreaker," drew up a beefy bald man with absurd biceps, then just narrowed his eyes into squinting and a bunch of stinky lines rising off his glutes for the second frame. Instant classic. Farts are gold, both comedically and in terms of raw capital. I'm the most popular person on staff now, and everyone loves me. Thanks, Drawful: Animate.