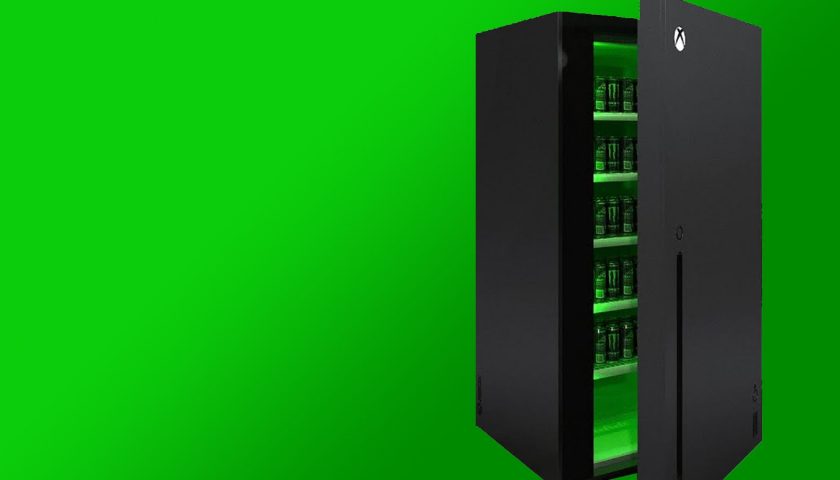 Microsoft has, at long last, unveiled the Xbox Mini Fridge, and its trailer has been one of the company’s more successful E3 reveals, toppling even the likes of the long-awaited Starfield and Halo Infinite.

This was something spotted and highlighted by Benji-Sales on Twitter yesterday and, since then, while view count has gone up, the Xbox Mini Fridge is still dominating. For context, the numbers taken are all from official accounts, not sites such as IGN who also uploaded the trailers.

Currently, Battlefield 2042 sits at the top with a significant lead at 14 million views, while, at the very bottom, Halo Infinite’s multiplayer trailer has one million. Just above it is Stalker 2 with 1.3 million, trailing behind Starfield’s 1.8 million. Above that is Forza Horizon 5 with 2 million, still below the Xbox Mini Fridge’s impressive second place with 2.3 million.

Around the time of the next-gen line-up being showed to the world, with Xbox Series X|S and PlayStation 5 finally being revealed, memes cropped up in spades. Comparisons were made with Sony’s console being likened to a router while Microsoft’s own was often said to look like a fridge.

Microsoft took that a little bit further by bringing it to reality. First, that happened with the console manufacturer sending American-style, full-sized fridges to influencers such as Snoop Dog. Meanwhile, it was working on a commercial variant that could be sold en masse to consumers who want somewhere to store their Mountain Dew and Doritos. Well, if you refrigerate Doritos. I wouldn’t recommend it.

It’s coming at some point this year in the holiday season, whenever that is. Currently, however, it doesn’t have a price tag, so it’s unclear how much it’ll set you back. Hopefully, not as much as an actual console.