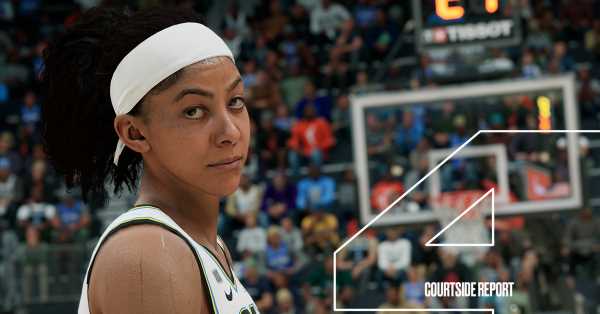 NBA 2K22 is promising new features and greater depth for the series’ WNBA career suite, The W, whose inaugural effort last year was a laudable and distinct women’s basketball experience, even if much of the progression supporting it felt bland and even dated.

Players will now find a Badge progression system similar to the one in the series’ long-running MyCareer mode, as well as more off-the-court activities to deepen the lifestyle and role-playing qualities of their superstar’s career. Both answer the two biggest criticisms I had for the mode last year, which involved a very flat, linear development path for the player, and a menu-driven life off the court.

NBA 2K21’s new WNBA mode is a first step, and not much else

In a development blog published Thursday, Visual Concepts said WNBA players in The W will have regular off-day activities that “will play a role in how you progress, gain popularity, and build your wallet.” Scrimmages and drills will allow players to develop chemistry on their teams, boosting their attributes as well as teammates.

In some cases, players will develop mentoring or workout relationships with established stars like the Los Angeles Sparks’ Nneka Ogwumike (fresh off her appearance in Space Jam: A New Legacy, no less) or A’ja Wilson of the Las Vegas Aces. These lead to 1-on-1, 2-on-2, or 3-on-3 mini-games of 21, which help a player’s Badge progression.

Badges, as with MyCareer, enhance certain skills in four categories — finishing, shooting, playmaking, and defense. Badge progression means earning points that allows players to unlock and equip these boosts, which can be saved into a series of loadouts. In addition to creating a player’s broader physical characteristics and attributes, the Badges should help players further refine their playing styles in a manner similar to MyCareer’s extremely popular build system.

Visual Concepts noted that The W Online, the mode’s multiplayer component is also coming back in NBA 2K22. This time, the W Online will let players squad up prior to the matchmaking process, and online performances will affect player progression in the larger mode, as well as unlock superstar contacts and the benefits of practicing with them.

The WNBA debuted in NBA 2K20 with a standard multi-season, full-team-control mode, then expanded on the idea with The W’s premiere in NBA 2K21 on PlayStation 5 and Xbox Series X (this feature is again limited to those consoles’ versions; it’s not available on PS4, Xbox One, or Windows PC). We found its core gameplay loop to be strong and enjoyable but greatly limited in variety. It was joined by a MyWNBA franchise-management mode that was more similar to the NBA 2K series long-running The Association mode than its deeper MyGM experience.

Still, it’s the first single-player career mode for women in a team sport, and the upgrades announced this week signal that Visual Concepts is committing improvements to the mode, and isn’t abandoning it.