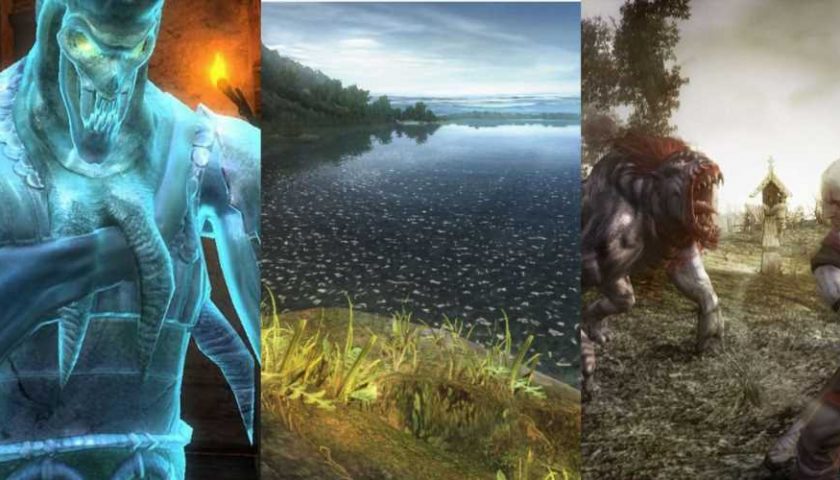 CD Projekt Red has come a long way since the release of the original Witcher game. Author Sapkowski never expected any adaptation of his work to succeed, and now the very first Witcher game is getting a long-awaited remake. In a world where only games that were already celebrated get remakes, The Witcher Remake is a welcome change.

The original Witcher game is great. Just about every major system in the sequels was established in the original, as well as many of the designs, names, and plenty else, including the core themes. However, it is simply a very, very clunky and messy game that works more conceptually than practically. There's a whole lot of good in the original work, it just needs a whole bunch of polish. 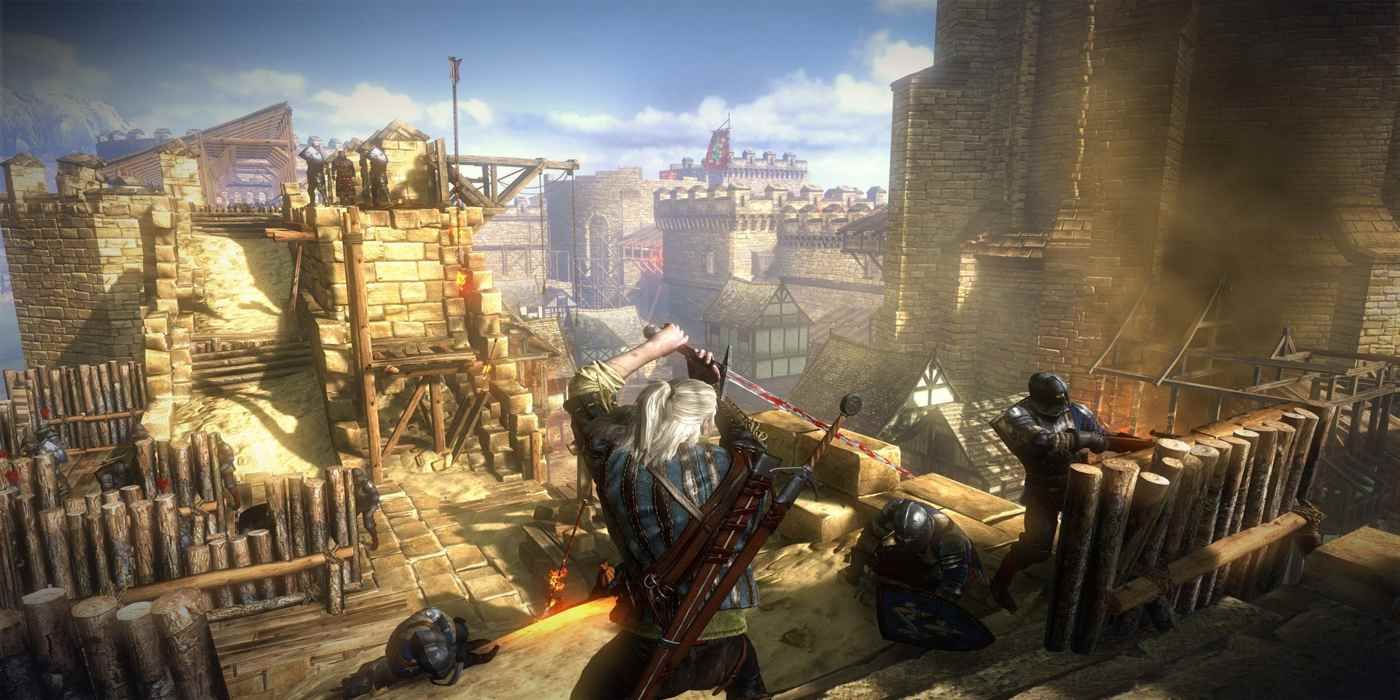 Every mainline Witcher game is divided by acts or chapters, though this gets slightly looser with each game. In the first game, each chapter covered a certain area with its own quests, monsters, and plenty more. As the games went on, it eventually became the full open-world of The Witcher 3, with acts divided by the major areas.

For the remake, chapters in the style of the original should actually remain rather than going for the full open-world design. Rather, each area should take on a stronger theming more akin to The Witcher 2, but the whole chapter should be seamlessly loaded all at once. This way, each area can feel more distinct, but also give a greater depth to each building and quest within. 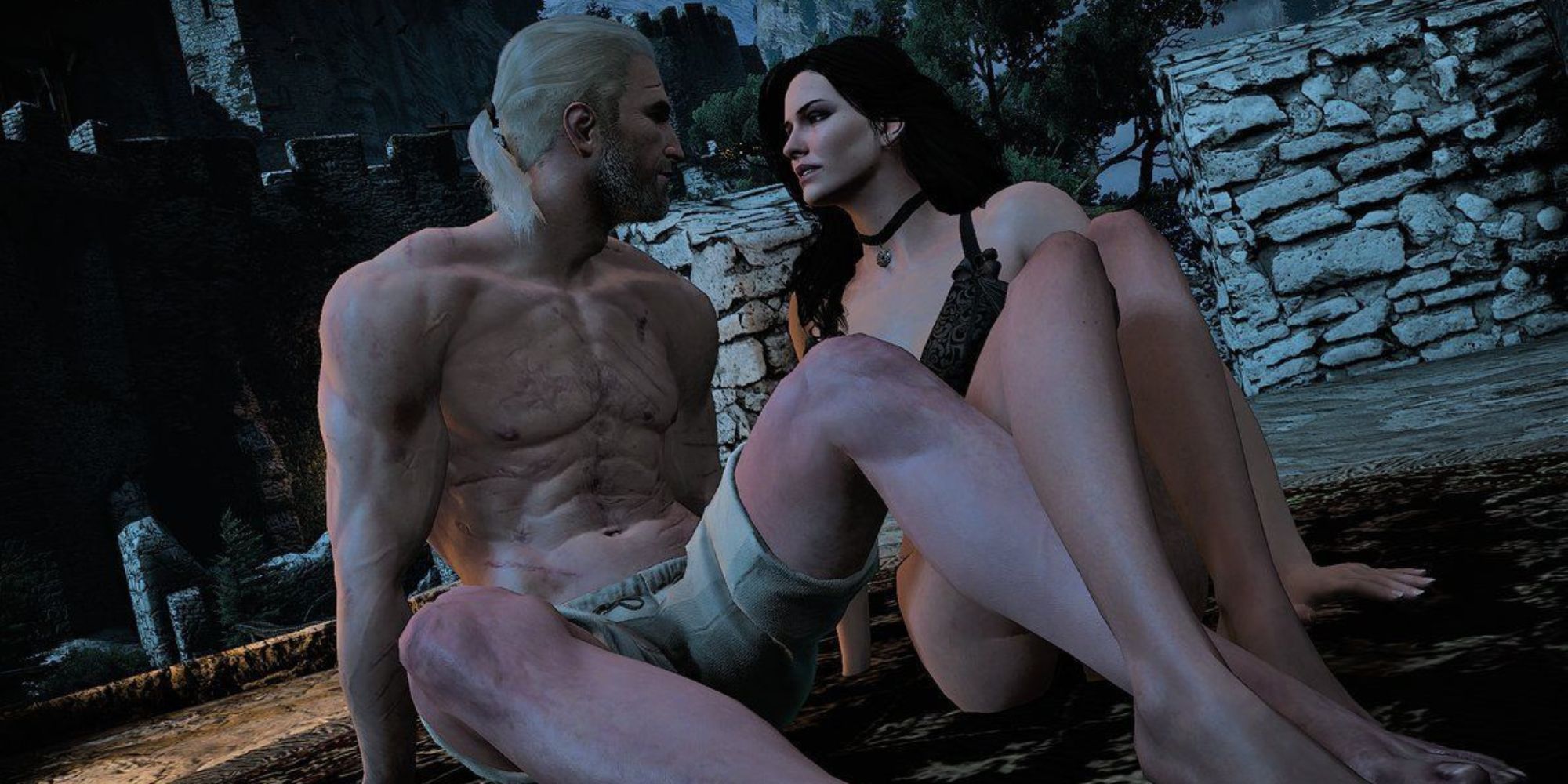 An unfortunate issue that plagued many early to mid-2000s games was that of, well, blatant sexism. It's far from removed behind the scenes, but at least women have gained prominence in actually being portrayed as, you know, people. The original Witcher game has sex portraits, which apply to almost every female character. As you might have guessed, you get steamy with a character and you unlock a mostly nude portrait of them to carry around.

It became like collectibles trying to get Geralt to sleep with every woman he could, which relegated most female characters to be, well, a collectible. That is not something you want to do. Each game has gotten more mature with its treatment of women (though far from perfect), and the easiest solution to this is to simply remove the portraits altogether. 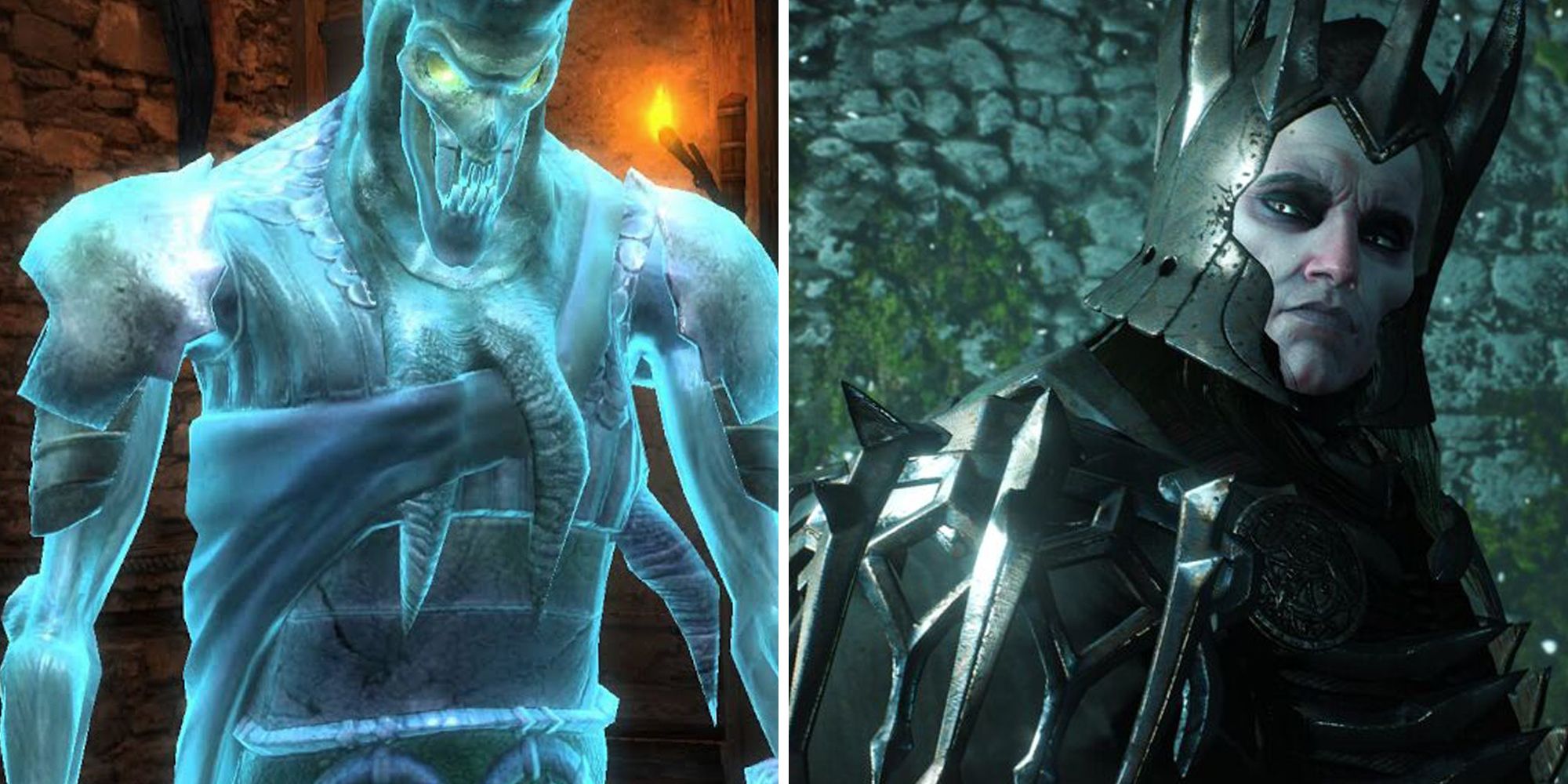 Being that it's in the title of the third game, the Wild Hunt is a pretty central figure. The series gained much of its prominence with the second entry, so many players may have never even known about the Wild Hunt until The Witcher 3. However, they're a major figure throughout the books and play a major foreshadowing role in the original game too.

Unlike most other aspects of the series, the Wild Hunt went through a major redesign in the third game from their original appearance, and tie into the overarching themes of the entire series much better. In this regard, the remake could take advantage of what they're actually meant to be foreshadowing and their much cooler look. Maybe they'll be more than just a brief cliffhanger at the ending, but an actual threat. 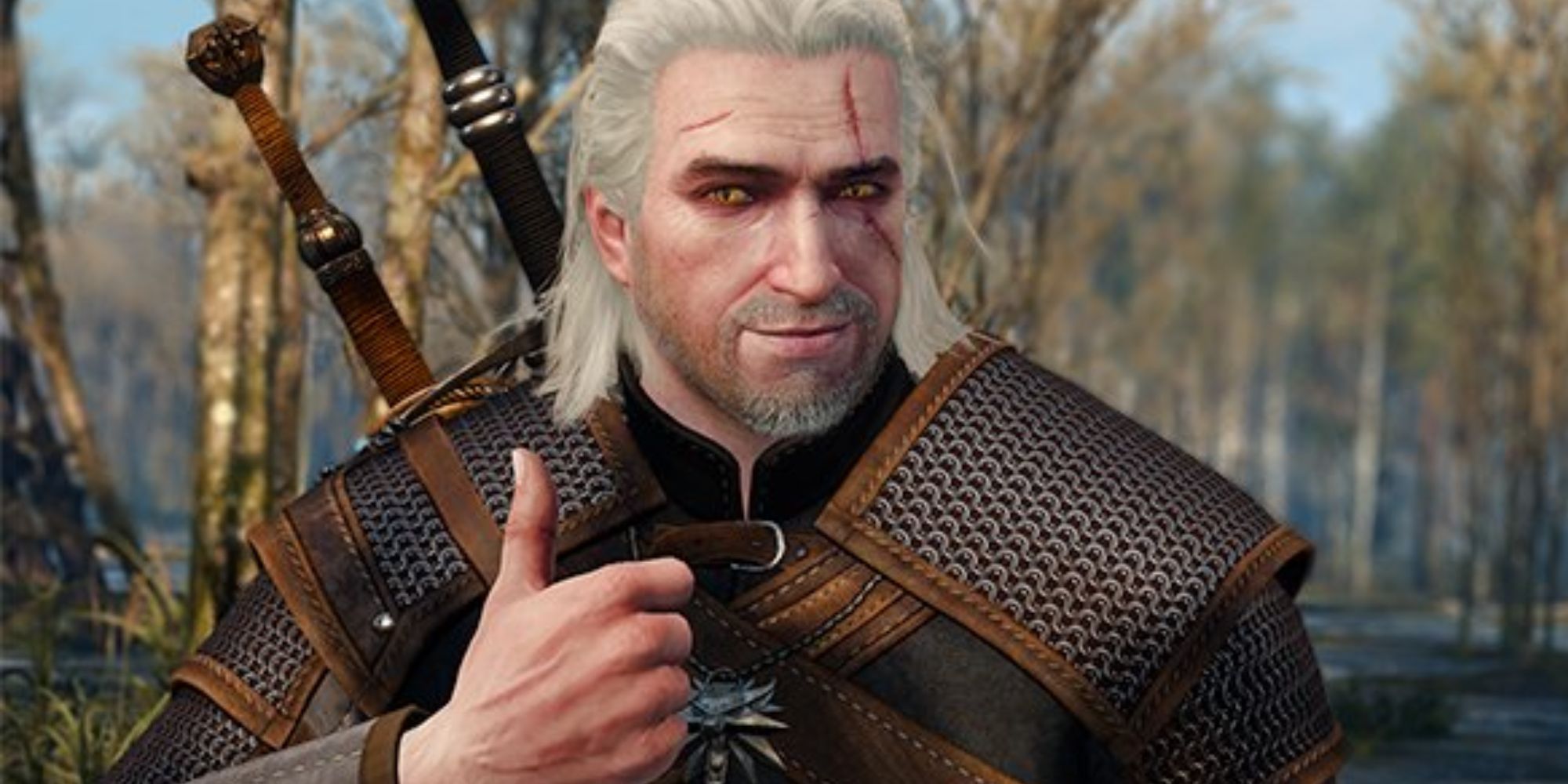 The Witcher games are frequently praised for their incredible writing throughout every aspect of the games. Its zealous praise applies less to the overall quality of writing, but instead the pure consistency of it. It works no matter what way you approach a quest, and every side quest and monster contract feels like it fits the world and has just as much care as the main story.

The original Witcher had no such luck. From the wooden acting of most characters to the almost non-existent side quests, everything felt restricted by budget and experience. Not to mention the absurdity of Geralt's amnesia making him forget about the concept of morality. Needless to say, quite a large amount of liberties should be taken with the writing of everything, both in moment-to-moment scenes and the very foundations of the game. 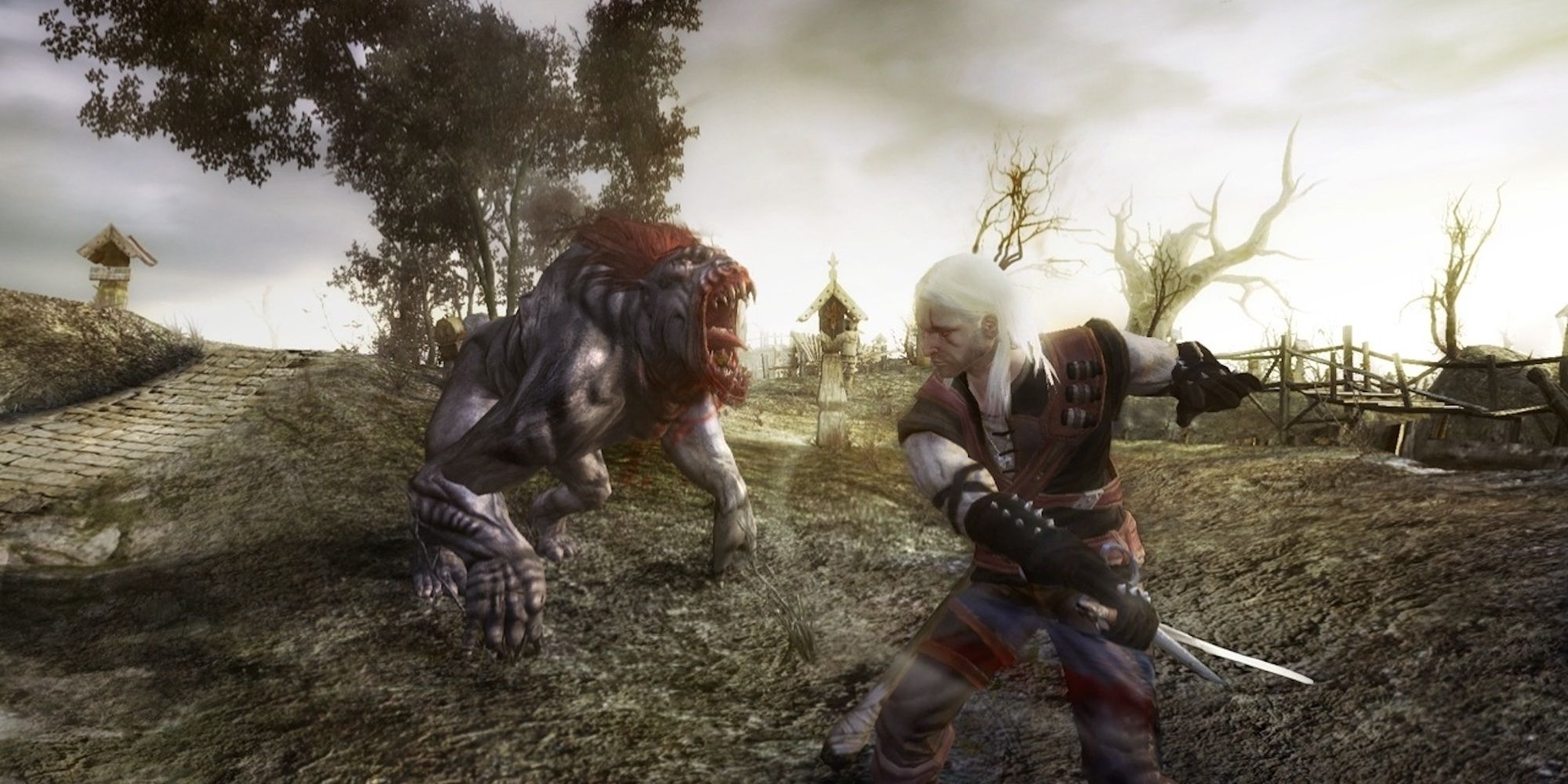 In lore, Witchers were created to battle the monsters that resulted from the Conjunction of the Spheres. Much stronger than any other human, they took them on with careful planning. By the time of the games, they're limited in number, left as nothing but hired exterminators for coin. That said, CD Projekt Red has always understood this dynamic and implemented the gameplay systems to support it.

The systems of preparation – the oils, potions, and bombs – have existed since the first game, though The Witcher 2 and 3 do a much greater job of selling the fantasy. The original Witcher consisted primarily of fetch quests for a payout and not much else. It should take notes from its successors and deepen contracts to actual full quests in their own right, rather than a simple back-and-forth without any personality. 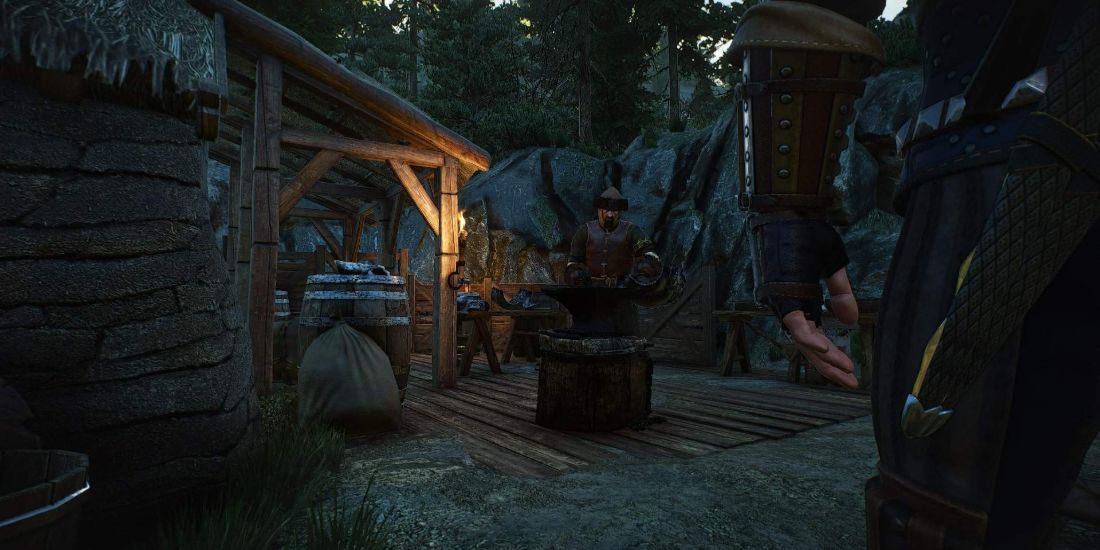 For as great as The Witcher games are, they have always suffered from redundant systems. Plenty of that is in the original, the weight system of the sequel, and weapon and armor degradation in the third outing. They always shine through their downfalls, but the crafting system of the original is egregiously bad. It just doesn't make logical sense. It's not even crafting, really, it's buying a new weapon with the materials which only appears if you already have the materials.

As such, an interesting shift for the game could be to make a crafting system that is focused more on the Witcher profession. You do all your prep in towns before heading out, while a crafting system could let Geralt make some provisions during a hunt, do some of his repairs, and so on. Let these systems feed into each other, rather than floating off to the side only to remember them when a stray UI icon pops up to remind you. 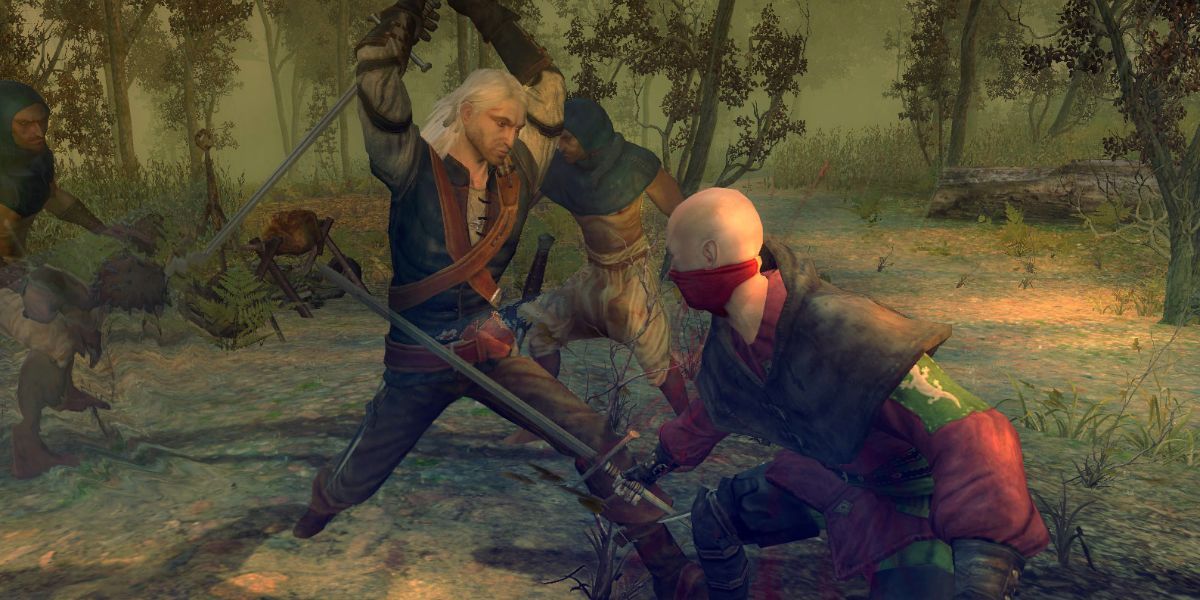 Though the games are great in realizing the dream of the Witcher profession, the combat itself isn't actually all that great. Yes, the preparation is half the battle, and truly feels worthwhile and rewarding, but the other half of actually battling is significantly weaker, and only really works for monsters. All the games suffer from this issue, though The Witcher 1 also has a slightly baffling combat system to add to it.

Rather than taking from any of the previous games, the remake should strive to create something entirely new. Make it so fighting humans and monsters actually require different tactics, rather than humans just being simpler. Give Geralt more tools to play with. Make bombs interesting. Give signs even more depth. There are a lot of good systems conceptually, they just need to be utilized differently. 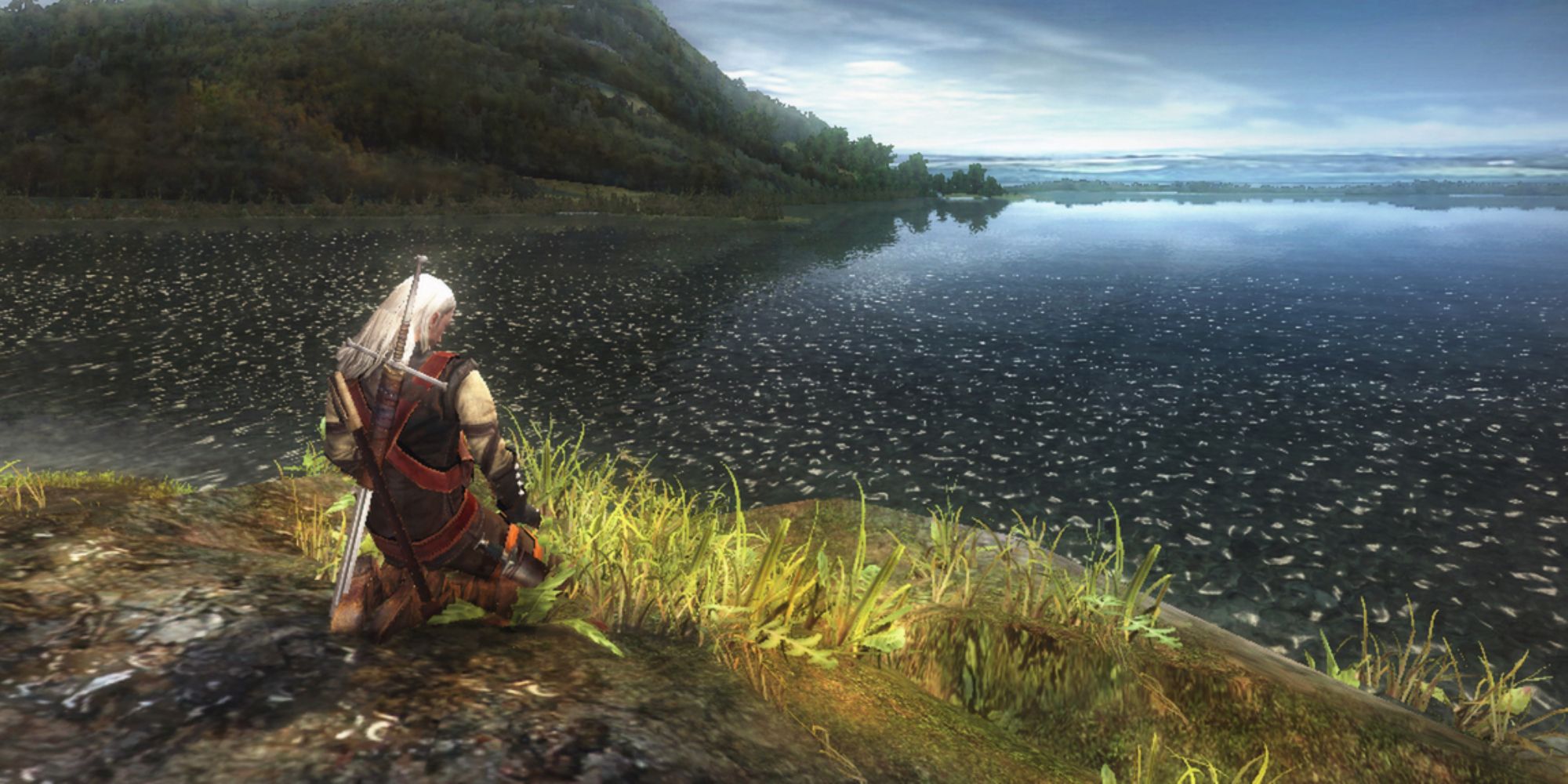 Core to the entire series, and even the books, is morality. Of course, there are times when the world is blatantly split between good and evil, but many times it's in muddied shades. Witchers are meant to be strictly neutral, but that doesn't serve anyone in the long run, and every game in the series is starkly aware of this. That said, The Witcher 1 only has a limited few instances where your choices tangibly change things.

In that sense, it should take more from The Witcher 2. In that game, every choice feels like it gives you a genuinely different game to play. From changing the entire area in which you play to altering the very choices presented to you, every choice feels potent. With the chapter-based format already there, giving each choice more weight and actually altering how you play the game would go a long way.