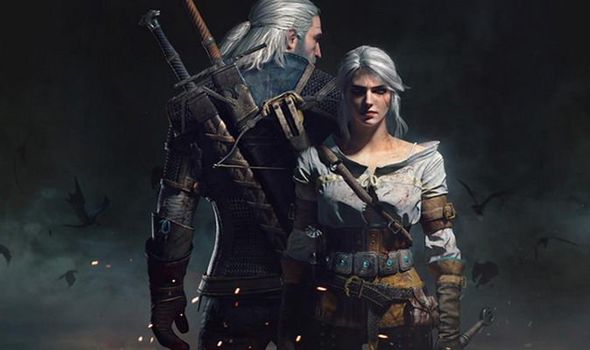 The Witcher 4 on PS4, Xbox One, PS5 and Series X would likely be a massive success without the help of other media.

But the release of the Netflix series has confirmed that a successor to the Wild Hunt is needed in the future.

And the reason for it can be found on Steam, as well as through the latest Netflix viewing stats.

The good news is that a new Witcher game is being planned but is probably not coming for a few years.

As revealed via a moderator forum post, CD Projekt RED is currently fully focused on CyberPunk 2077.

“As far as the strategy of the CD Projekt Capital Group for 2016-2021 is concerned, its plans to release the second AAA game by 2021 remain unchanged,” the message reads.

“We are currently focusing on the production and promotion of Cyberpunk 2077, so we do not want to comment on further projects.”

That will be a huge game in its own right and will likely be available across PS4, Xbox One, PS5 and Series X.

But following the success of the Netflix, it would have made better timing for Witcher 4 to be coming out in 2020.

The Witcher 3: Wild Hunt has seen a huge resurgence since the release of the series on Netflix.

Currently, Steam Stats confirm that more people are playing the game on that platform than when it first launched.

The peak for today, December 29, was over 92,000 players and that’s huge considering The Witcher 3 has been available since 2015.

The show is having a huge effect on the game and that can only be positive when you consider the DLC and the current price of the game.

But can you imagine the hype built by a new Witcher game being released in 2020, instead of CyberPunk?

It would have made a considerable splash, although, fans looking forward to Cyberpunk would not appreciate such sentiments.

The good news is that it still sounds like The Witcher 4 is being planned for the future, and it sounds like 2021 will be an important year for CD Projekt RED.

And CD Projekt could still benefit greatly from The Witcher series when it comes to a future launch.

It appears The Witcher has proven a big hit on Netflix and we know that a second season is coming to the streaming platform.

So you can imagine that a game launching around the same time as The Witcher Season 2 could be even bigger than the Wild Hunt.

The only downside would be that The Witcher 4 coming out in 2021 or beyond would probably skip the PS4 and Xbox One.

And that would mean mission out on an audience of over 100 million gamers, with PC, Google Stadia and the next-gen consoles picking up the brunt.

There’s also a good chance that the fourth Witcher game in the series probably won’t be called the Witcher 4.

“The Witcher was designed as a trilogy and a trilogy cannot have a fourth part, can it?” Marcin Iwinski commented during an investors meeting.

“We like this world a lot. We invested 15 years of our lives in it and a lot of money. So, we’ll think about [making a new Witcher game] at some point. But please consider us as rational people, we sometimes have weird ideas but overall our thinking is very rational.

“We have full rights to The Witcher games. They are ours. We have invested enormous funds into promoting it, and it’s a very strong brand.”

So from a completely soulless money-driven viewpoint, The Witcher 4 would have been the perfect launch for 2020, and will likely prove a huge seller in 2021 too.

And as mentioned above, CD Projekt RED has many different options to choose from when it comes to tackling the next Witcher game; be it a prequel, remake, or an entirely new story.