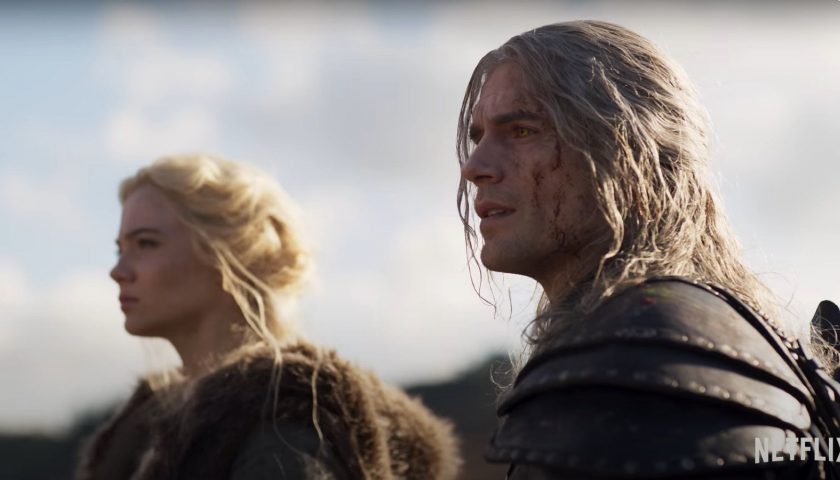 Henry Cavill is leaving the cast of Netflix's The Witcher series and is being replaced by Liam Hemsworth for Season 4. Cavill reportedly had conflicts with The Witcher's producers who didn't see "eye-to-eye" with him over how Geralt should be portrayed in the show.

While The Witcher's showrunner believes Hemsworth will bring "new energy" to the show, Witcher fans aren't happy to see Cavill go. Sure, he mostly just fought monsters and said "fuck," but he was GOOD at it.

It seems like CD Projekt Red felt the same way about Cavill's departure. In the current-gen update, there's a new quest that can be completed, and if you get the good ending for it, you'll find Cavill's dog Kal at The Devil's Pit.

"Here's a reference to Henry Cavil / his dog in the Devil's pit!" YouTuber xLetalis wrote on Twitter. "Kal settles down in the area several days after you get one of the 'good' endings in the new quest from the Witcher 3's Next-Gen edition."

The new quest is called Eternal Fire's Shadow. Not only does it include a Henry Cavill tribute, but the quest also lets you unlock armor inspired by the Netflix series. Head to Velen and talk to the Eternal Fire Priest just outside The Devil's Pit to start the quest.

Henry Cavill's real dog is an American Akita named Kal (as in Kal-El, the true name of Superman), although the in-game dog appears more like an Australian Shepherd. The reference was confirmed by CD Projekt Red's acting narrative director Philipp Weber, who said it was "nice that we got a little opportunity to show our appreciation for the great passion and enthusiasm Henry showed for The Witcher."

Fans that have jumped back into The Witcher 3 to try out the new update might be disappointed by the PC version's poor performance. CD Projekt Red said it is "actively investigating" the issue and will provide updates as soon as possible.