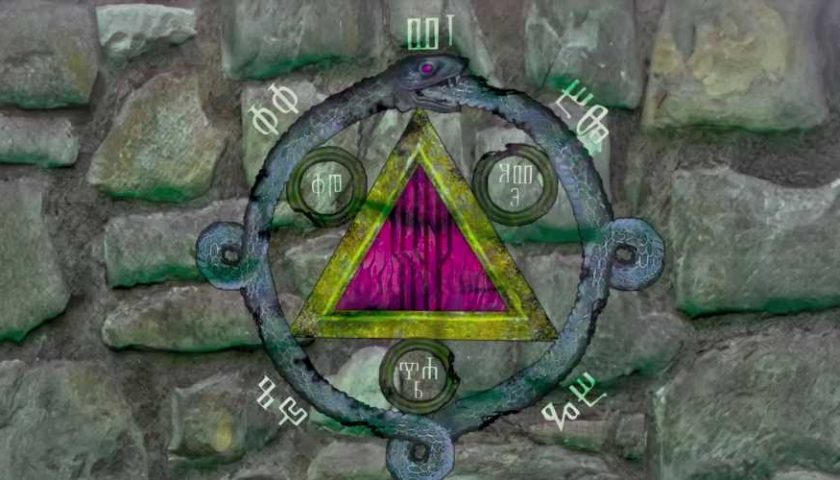 The Witcher 3: Wild Hunt’s current-gen update is now live for PS5, Xbox Series X, and PC, and it's proven to be fairly substantial with all the changes made to combat and movement. Fans have spotted yet another interesting addition to the game, which references one of the biggest unsolved mysteries of Cyberpunk 2077.

As reported by IGN, YouTuber xLetalis spotted an Easter Egg in the game that directly connects to Cyberpunk 2077’s biggest unsolved mystery – FF:06:B5. This can be found at a mysterious new location in Velen, where players can find three small ruins to visit, with each one containing a switch that can be activated. Once done, it opens a portal on a nearby mountain, which takes Geralt to another tower.

From there, you start your descent until you reach a room containing two crystals that are activated with the Aard sign. In the same room, you can find the symbol showcased in the video on the wall, with the letters “FF, VQ, BZ, KW, GB, FP, OVE, and YAR”. Interestingly, even though the letters don’t seem to make any sense, the symbol definitely resembles the one seen in Cyberpunk 2077.

For those unaware, FF:06:B5 is a bizarre alphanumeric sequence that players found when Cyberpunk 2077 launched. These can be found at a statue in Night City where you often see monks praying. The game’s quest director, Paweł Sasko, has also confirmed that it is a mystery that still needs to be solved.

There is also an entire subreddit dedicated to solving the case, but it seems that no one has managed to crack it so far. We also don’t know if the letters in the Witcher 3 have a connection to the original mystery, which only makes things even more complex.

Although the Cyberpunk easter egg is sure to catch the attention of fans of CD Projekt Red's work, it's not the only new easter egg in the game. One notable example is that players recently found a tribute to Henry Cavill, who recently exited the Netflix Witcher series.