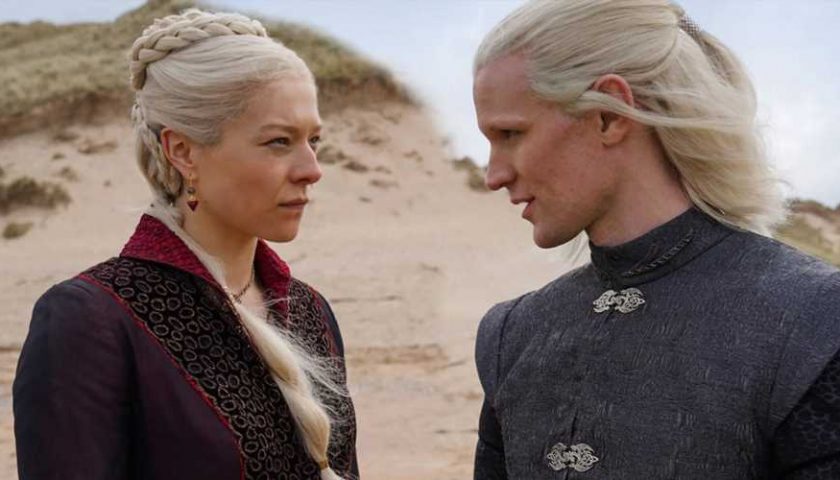 For a while, Game of Thrones spoilers were single-handedly responsible for the drastic drop in social media usage on Sundays – Mondays in other parts of the world. And, while it hasn't quite reached the same levels as its predecessor, fans have been trying to avoid spoilers for HBO's House of the Dragon as well. Unfortunately, it appears that the finale of the show's first season, scheduled to stream next week, has started appearing on torrent sites.

The leak was first spotted by IGN. Of course, this means that people will be able to download it, watch it, and spoil it in a whole number of ways, including uploading scenes to social media or just letting it slip in conversation – like my friend did for GoT's The Lion and the Rose episode. Of course, the people at HBO are understandably disappointed at this and have released a statement addressing the leak.|

"We are aware that the tenth episode of House of the Dragon has been posted on illegal torrent sites. It appears to have originated from a distribution partner in the EMEA region," said the network in a statement to IGN. "HBO is aggressively monitoring and pulling these copies from the internet. We’re disappointed that this unlawful action has disrupted the viewing experience for loyal fans of the show, who will get to see a pristine version of the episode when it premieres Sunday on HBO and HBO Max, where it will stream exclusively in 4K."

The season finale will be available to stream tomorrow, and will probably be based on the fallout of the explosive end of the previous one. If fan theories are to be believed, we may even see another one of the divisive time-skips that the series is known for. However, George R.R. Martin is on the side that approves of these skips, as the writer feels that the series would be too slow without them.