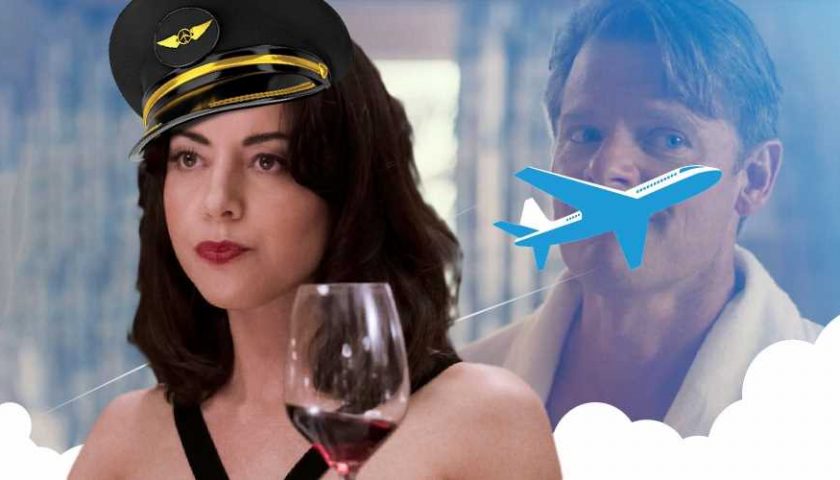 This article contains spoilers for the first episode of both seasons of The White Lotus.

A young traveler discusses their vacation with two strangers before seeing human remains. Then, text flashes on screen, alerting us that we're time traveling back to "One week earlier." Those two sentences describe the opening scene of both seasons of The White Lotus.

In the first season, Jake Lacy's Shane is sitting in an airport waiting for his flight home, reluctantly speaking to a friendly older couple asking questions about his trip. After telling them to "leave [him] the fuck alone," he walks to the window overlooking the tarmac to watch as a temporary coffin is loaded onto the plane. In season two, Meghann Fahy's bubbly Daphne initiates the conversation, this time with a pair of new arrivals as she enjoys the last few hours of her trip at the beach. Then, she swims out, bumps up against a corpse floating in the water, and staggers, screaming, to shore.

These scenes have the same structure, but the season two premiere is a conscious heightening of its season one counterpart. Shortly after Daphne discovers the corpse, a White Lotus employee tells Valentina, the hotel's concierge, that multiple guests' bodies have been found. The first season got viewers invested with the promise of one murder mystery. It's only fitting that the second season has several. 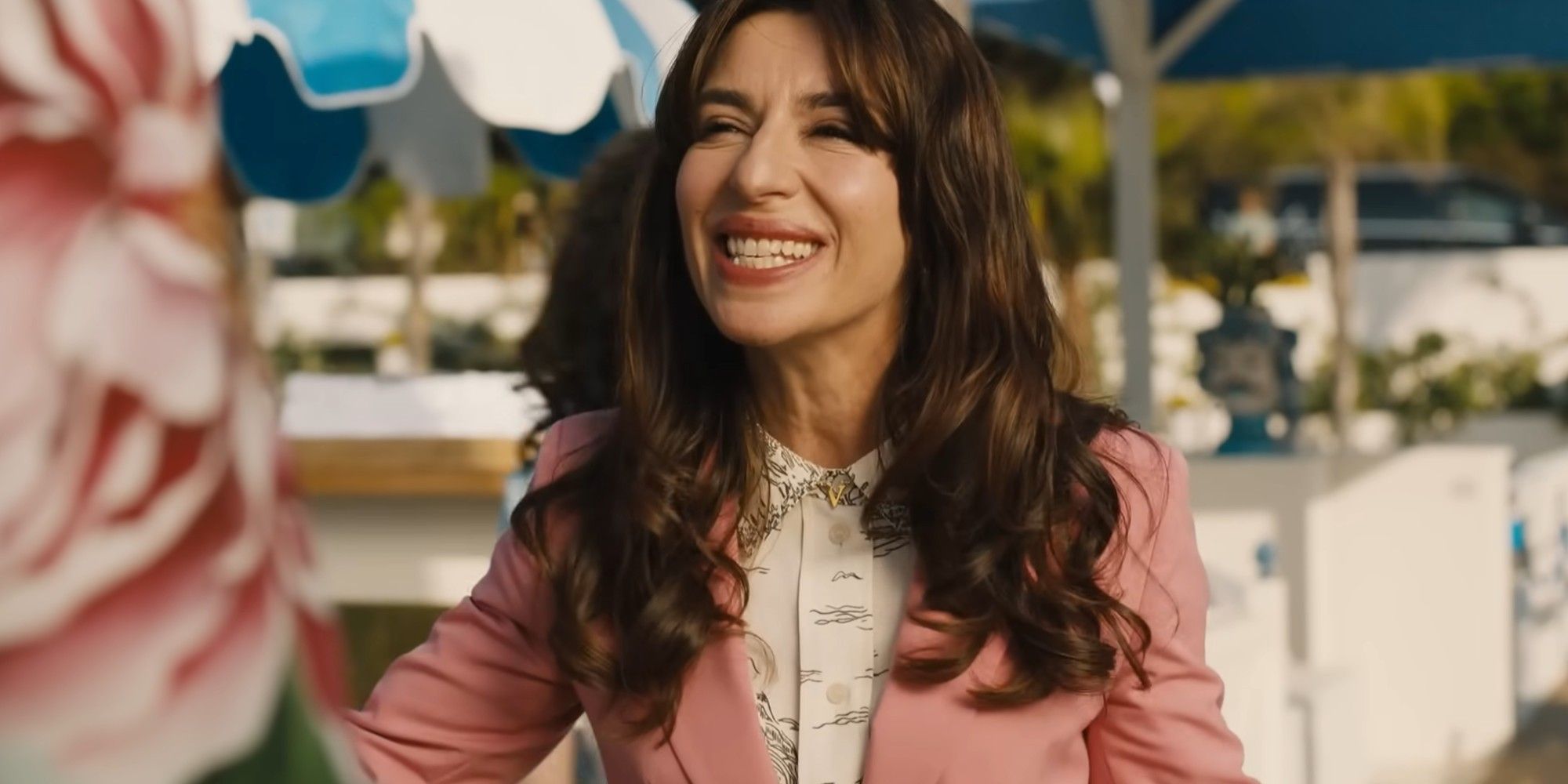 The whole season two premiere feels like a riff on the series' pilot, working with the same structure, but subverting expectations. The pilot also had a scene of guests arriving at the hotel by boat to be greeted by the concierge Armond and other members of the staff. Armond was a consummate professional, expertly guiding the guests to their desired experience, but Valentina, the concierge for the Sicily hotel, is a blunt instrument, telling F. Murray Abraham's Bert that he is "quite old." When Armond notices a stain on a new staff member's shirt, he quickly finds a solution. Valentina, meanwhile, has no fix for the staffer who hasn't supplied enough champagne flutes for all of the guests. The first season tracked Armond's fall from grace, as he fell off the wagon as a result of the stress of the job. I would be surprised if season two doesn't complicate our initial impression of Valentina.

In both arrival scenes, the guests are watched and commented upon by a pair of young women. In season one, Sydney Sweeney's Olivia and Brittany O'Grady's Paula were on the boat, laughing at the people around them from the inside. In season two, the women are on the shore. Simona Tabasco's Lucia is a sex worker attempting, with her friend Mia (Beatrice Grannò) to guess which of the men aboard the boat is her client.

Smaller, stranger, more specific beats are repeated, too. In both episodes, a young man's sleeping location is inconveniently determined by an older family member. In both episodes, the men of a family talk with each other about their genitals. In both episodes, people try to hide an inconvenient person away — in season one, it's Lani the pregnant trainee having her baby away from the guests; in season two, it's Portia, Tanya's assistant, being confined to her room so Tanya's husband, Greg, won't know that Portia is still there. Building on that, Tanya's unintentional mistreatment of people she holds power over (Portia here, Belinda in season one) is another theme that's being repeated this time around. 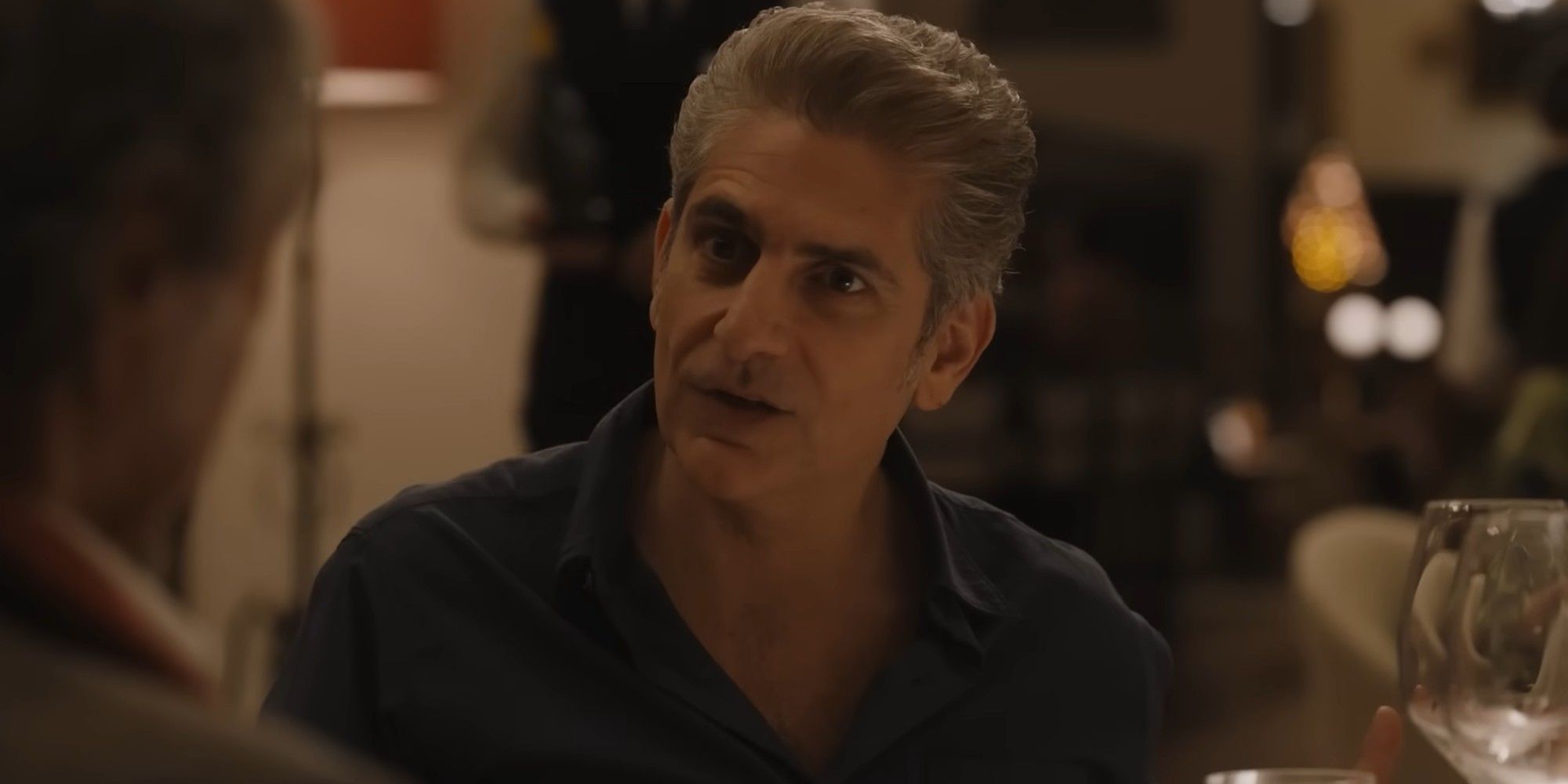 The season two premiere's concluding shot is even a recreation of the final frames of the pilot. That episode ended with the camera pulling back through Shane and Rachel's (Alexandra Daddario) window as the newlyweds kissed on their bed. This episode similarly ends with two people kissing in a private room as the camera leers. But, whereas the pilot's couple thought they knew each other, Lucia and Michael Imperioli's Dominic know they know nothing about each other.

Like a hotel chain with franchises across the globe, The White Lotus has revealed itself to have a repeatable formula. At its most basic, that formula is Rich Guests + Murder = Intrigue. But, as the season two premiere showed, the formula is more specific than that. Beats are repeated, as are archetypes. But, as Agatha Christie knew when writing her mystery novels, if the structure is sound, changing the details is enough.