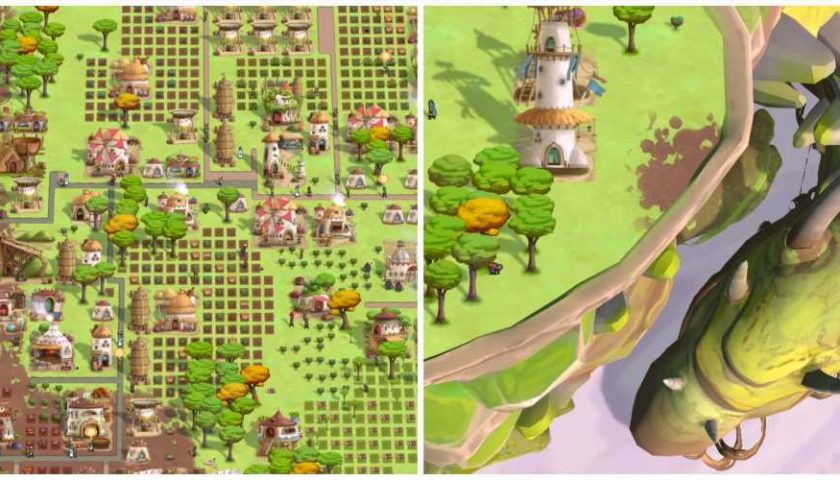 The Wandering Village has you building a settlement on Onbu, a creature so massive that it has a small forest growing on its back. Though managing your settlement, growing food, and keeping disease at bay might be your priority, taking care of your oversized turtle should never be too far behind.

You will need to manage Onbu's heath, poison level, hunger, sleepiness, and trust as you travel together. It's another layer of systems on top of the ones you already manage for the village itself that needs its own investment. This guide will break down how to manage these mechanics.

The Wandering Village is currently in Early Access on Steam and as such, the content is subject to change. We will update these articles as required 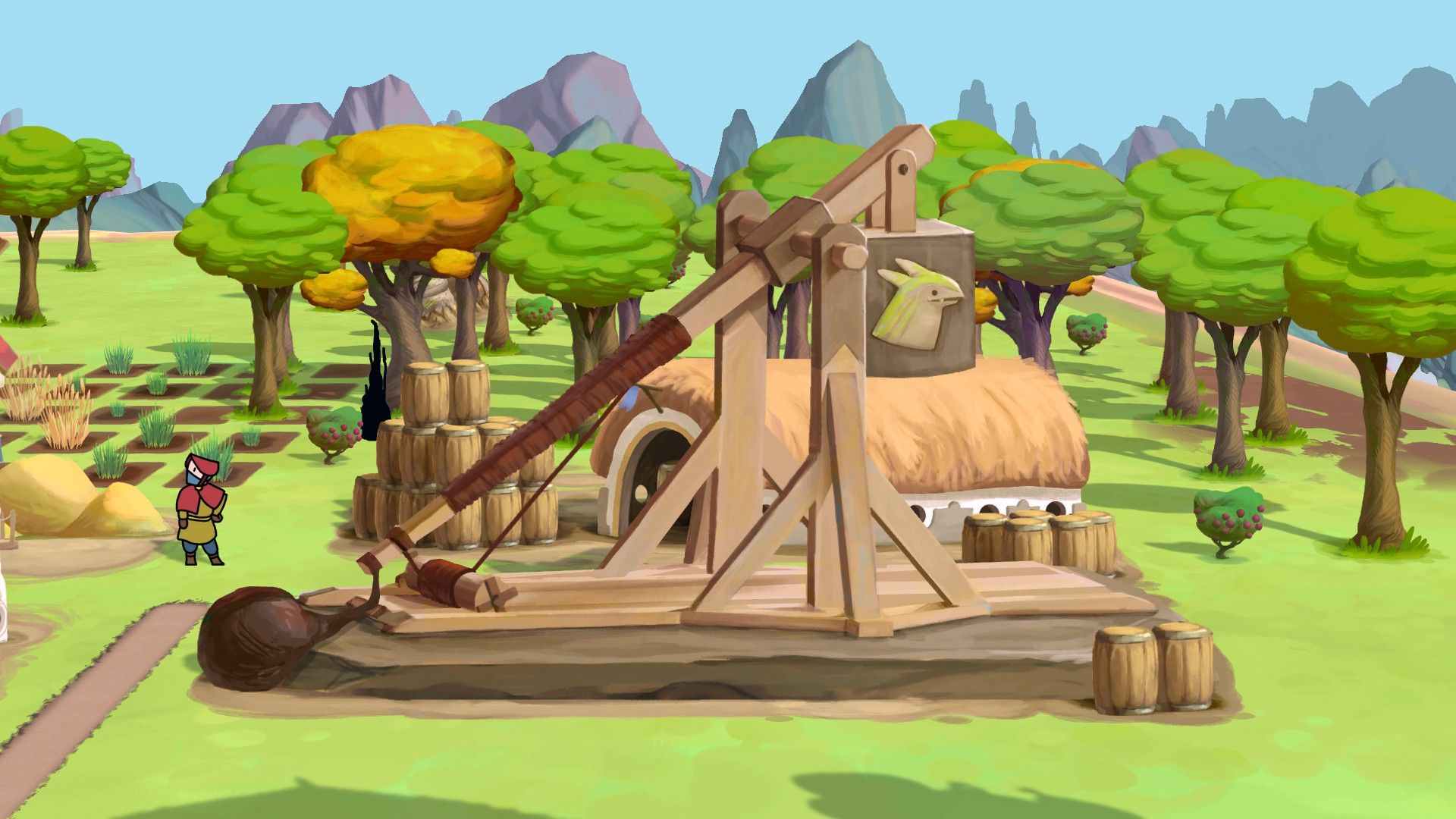 Unlike your villagers, Onbu eats mushrooms, which can occasionally be found naturally growing on the path. This source isn't reliable, however, and you'll have to make food for Onbu before long.

Feeding Onbu takes unique infrastructure that the rest of your villagers won't directly benefit from. It eats mushrooms grown at a Mycologist and turned into giant mushroom balls in the form of Onbu Food at an Onbu Kitchen. Unlike conventional crops, mushrooms need to be grown on dirt instead of grass, though it is more tolerant of temperature than most other crops.

You can also find Mushrooms by scavenging at Forests and Poisoned Forests. They may also be given as a reward for some encounters.

Getting the food into its mouth presents its own engineering challenge. You'll quickly unlock the Onbu Feeding Trebuchet to fling each ball into its mouth, restoring 20% of its hunger and making it trust you a little more.

Later in the game, you can use an Onbu Feeding Pump to feed it Liquified Onbu Food, made by converting Onbu Food at an Onbu Food Liquifier. While this method restores twice as much hunger, it will also hurt Onbu's trust in you each time you do it. This method may be useful when your supplies are running out though it may not be sustainable in the long term. 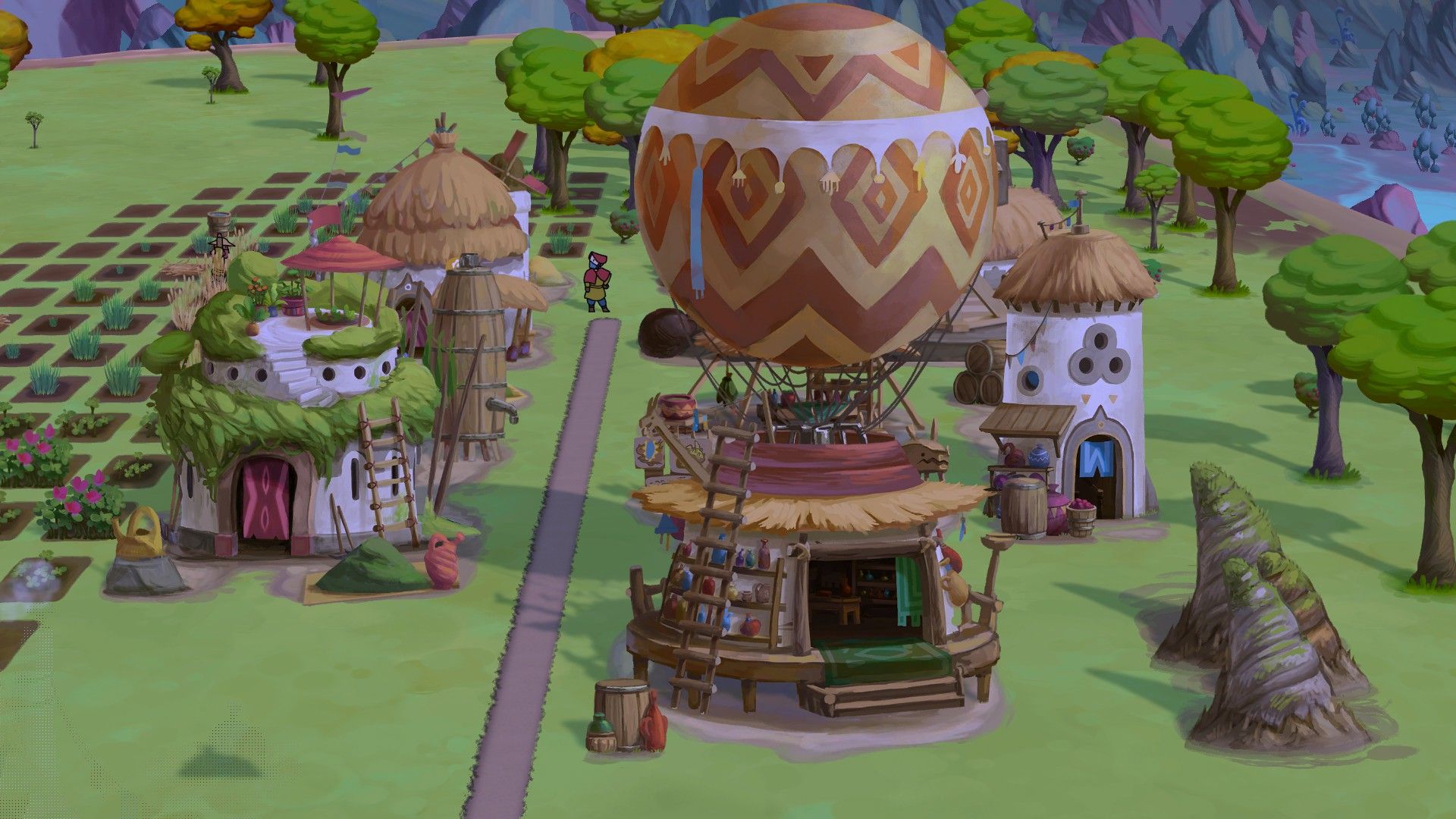 Building an Onbu Doctor lets you help Onbu deal with its poison level and overall health. The structure consumes the same herbs needed to keep your villagers happy.

Unsurprisingly, Onbu will consume more herbs than your villagers. You should try to store as many herbs as possible for painful rainy days.

Onbu's poison level will rise over time as it inhales toxic air with lower quality air making the level rise faster. If left for too long, Onbu will become seriously ill and begin to lose health. The Onbu Doctor can consume 10 herbs to create an antidote to lower its poison level by 20 percent and increase its trust in you.

Poison levels are higher at the ground, where Onbu rests. Try to keep it walking through toxic areas where possible.

Extracting resources from Onbu and some biome events will hurt Onbu and lower its health. Onbu can recover gradually over time though it would be wise to get the Onbu Doctor to Cure Health, consuming 30 herbs to increase its health by 20 percent and increase its trust in you. 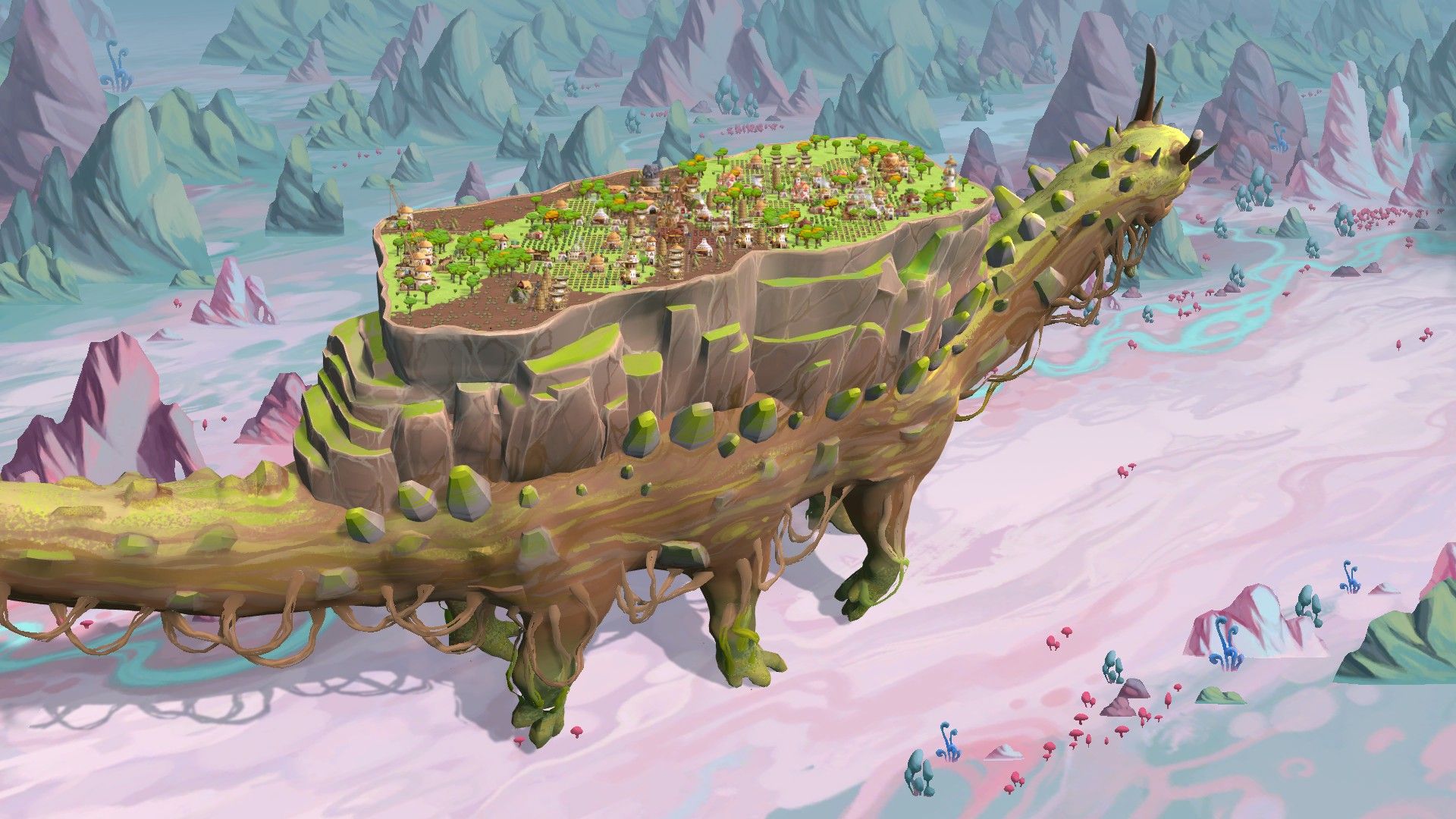 It takes some time to develop but having a good working relationship with the literal bedrock of your home is a good idea. Broadly speaking, treating Onbu well by taking care of its needs will develop that trust while doing painful things to it will erode trust. Onbu will be more likely to listen to your commands if it trusts you which could make the difference in stopping Onbu from eating mushroom-shaped rocks or even sprinting through a toxic cloud to minimize toxin levels.

You can research how to get the Onbu Doctor to pet it, letting you raise trust for free.

Sometimes, you'll have no choice but to hurt Onbu to survive in the long term. On particularly bad poison plant infestations, it may be necessary to draw out its bile to incinerate the dangerous growth. Eating Onbu's blood as Black Pudding can save your people from starvation. It's important to do this in moderation if you want Onbu to remain compliant in the long term. 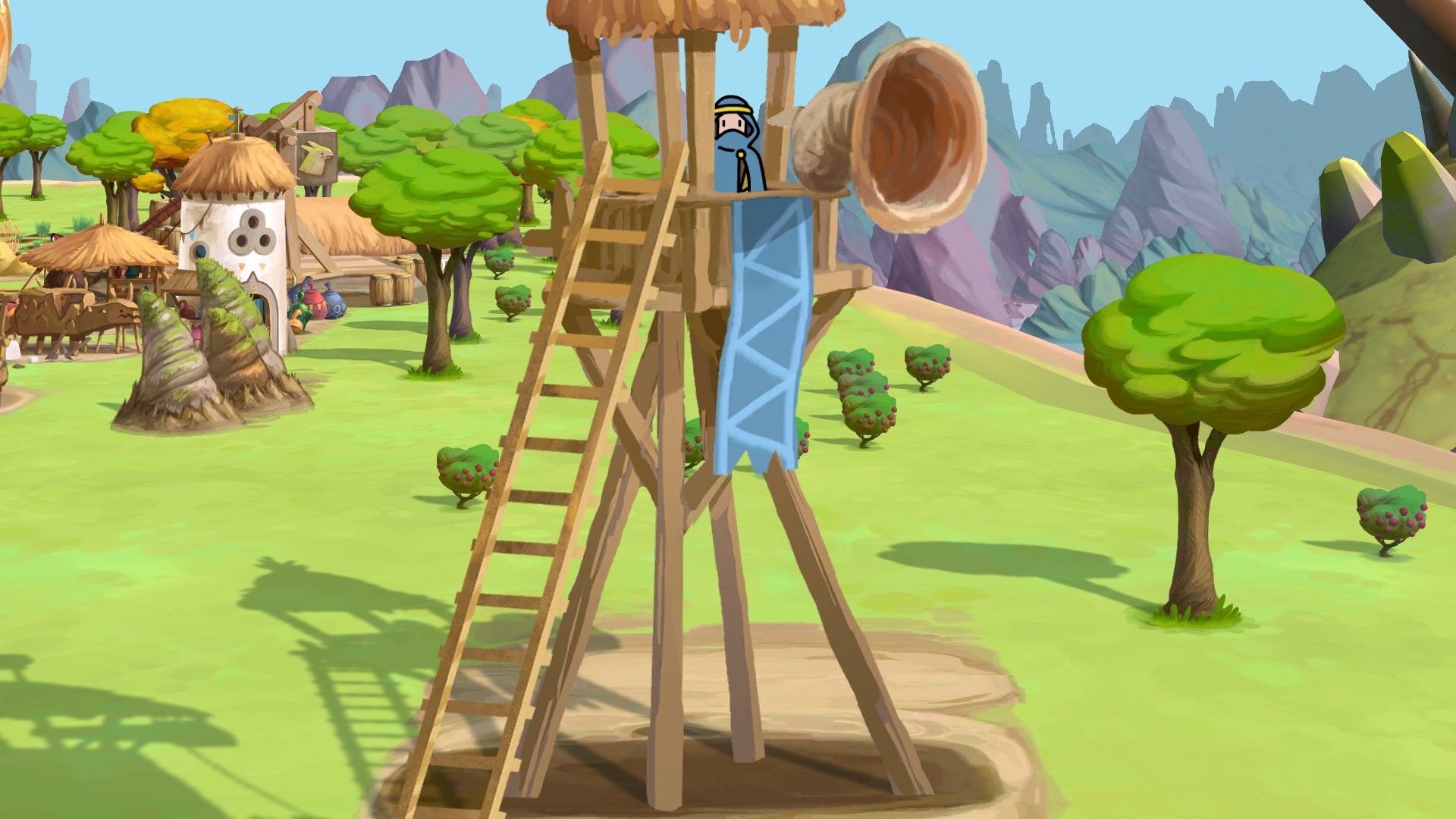 Onbu can be given commands through the Hornblower, a building unlocked early in the tech tree. At its most basic level, it can tell Onbu where to turn at a crossroads, how fast to move, and if it should take a break. Onbu treats these commands as suggestions and can choose not to obey, based on its trust in you.

Later research allows you to send more commands such as eating and sleeping. The former can be helpful if Onbu encounters mushrooms but isn't hungry. The latter is extremely useful. Onbu will become sleepy as it travels and will automatically lay down and sleep when it feels the need. This can lead to situations where Onbu decides to sleep in extremely toxic environments or even in the path of thunderstorms. If you consult the map and see that there is a good chance that Onbu might sleep in an inopportune location, you can ask it to sleep before you get there, letting you minimize time spent in bad locations.