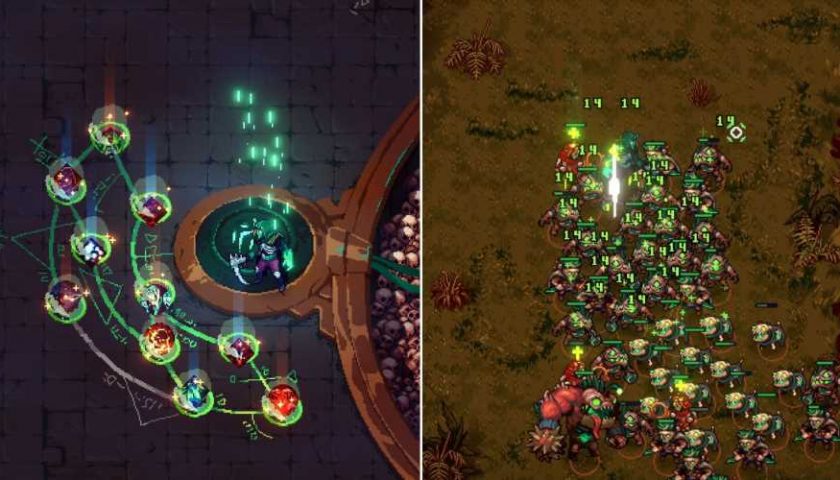 Playing as The Necromancer is fun, especially when you can command your own army of the undead. The Unliving allows you to do just that, and you transform a living's corpse after you defeat them, actively using their own kind against them. You can also use different abilities if you sacrifice the undead in your army.

Unholy is one of the four types of undead, and it involves Cleric, Werewolf, High Priest, Alchemist, Commander, High Priest, and Corrupt Hierarch. Getting different Sacrificial Runes can give an extra effect whenever you sacrifice one of the undead mentioned. 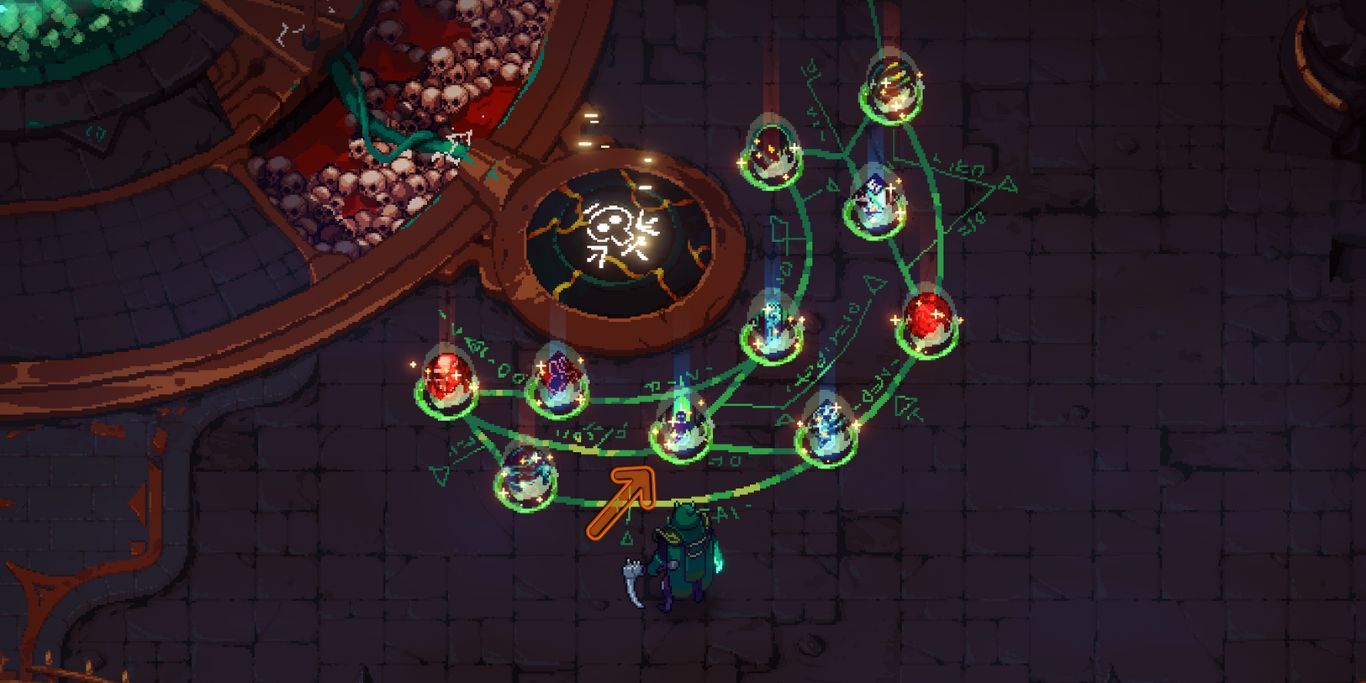 After you finish the tutorial, you'll find yourself in Edge of Immortality, and this will be your main base of operations. You can get Arkhe by progressing in a raid, getting it on one of the optional paths, buying it at Wares, or raising a certain number of the undead. You can use this currency to unlock various Spells and Sacrificial Runes.

These are divided into groups of ten, and you have to unlock all ten of them to move to the next group. Body Reconnection is a special Sacrificial Rune that can only be unlocked after you acquire the Bone Shard from Apotheosis. You have to finish the final fight in Burial Isle thrice to do this. Once you've acquired the shard, you can unlock the Rune at the top near the portal.

Whenever an Unholy undead is sacrificed, this Sacrificial Rune raises all the nearby corpses even if the entire group isn't dead. There is a Lifespark and Spell that does the same job, but it's only worth it as a Sacrificial Rune. This can be useful whenever you're getting overwhelmed and have one of the required undead ready for a sacrifice. 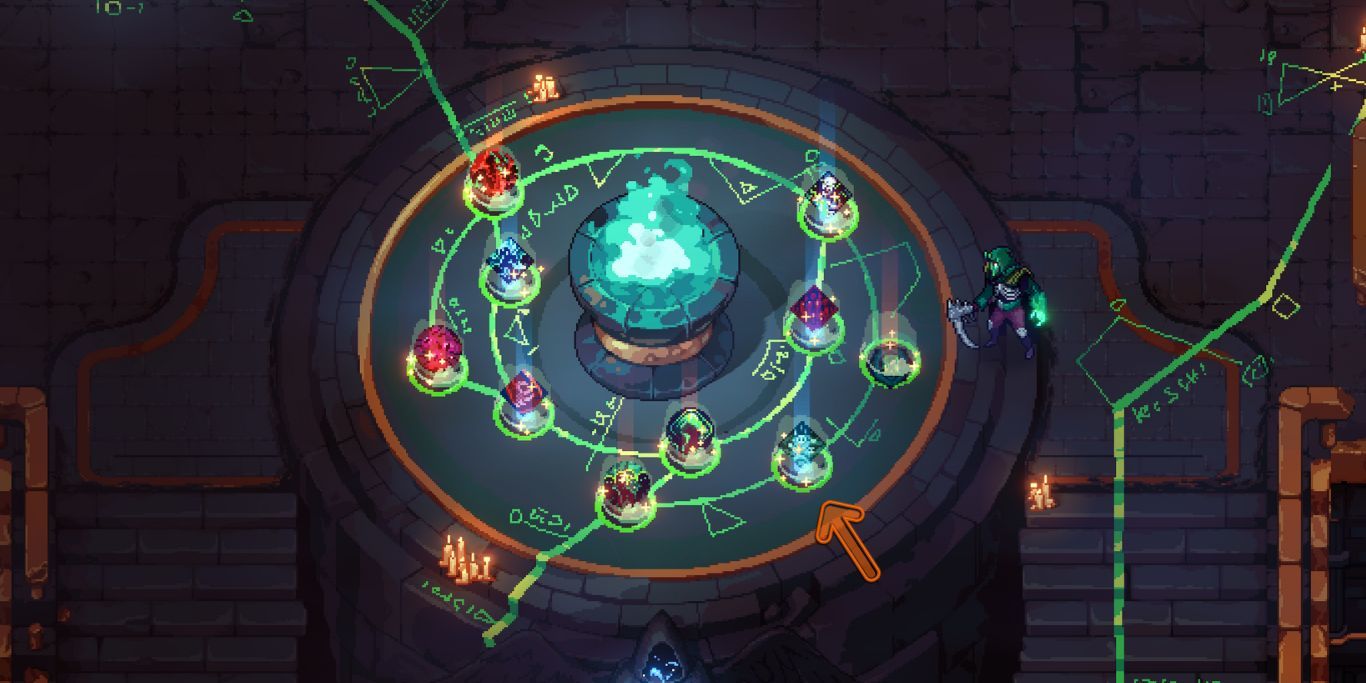 Anathema Chorale is a Sacrificial Rune that can be unlocked in the fourth group of normal Arkhe upgrades that start above The Lieutenant's location. It's one of the last upgrades in this group, so you'll have to go through quite a lot of raids to get enough Arkhe to unlock this. But its effect makes the process worth it.

The Sacrificial Rune curses the living around the sacrificed undead, and the curse makes them take more damage. This can synergize very well with a Werewolf's sacrifice because it makes the living fight with each other while taking more damage from the attacks done to them. When used, this Rune will guarantee an entire horde wipe.

Werewolves are rare to see in Burial Isle, so you should try to use this ability only when it's necessary. Moreover, it can also go well with an Alchemist's or Corrupt Hierarch's sacrifice. 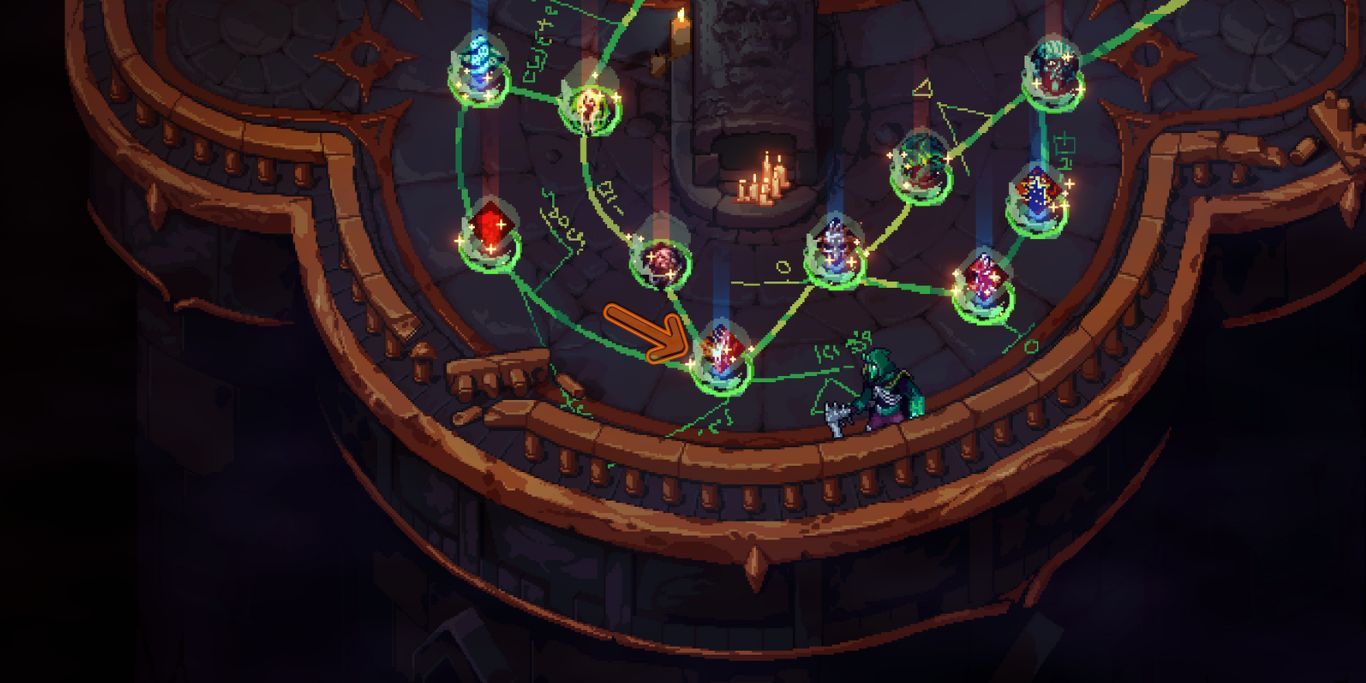 Most Unholy undead in The Unliving have the special ability that heals the surrounding undead. And you know what's better than healing your army? Healing them and making them resistant to damage. To unlock Soaked With Blood, you have to take an extra step and reach the fifth group of Arkhe upgrades.

An Unholy undead is only sacrificed in a dire situation because most of them can turn the tides in The Necromancer's favor. If your army is getting overwhelmed, you can either make them deal more damage or make them take less damage. This Sacrificial Rune does the latter.

It also makes them completely immune to fire. While you won't use this part of the Rune's ability in normal circumstances, it can still be helpful in some scenarios in Burial Isle because of the fire barrels and fire pits. 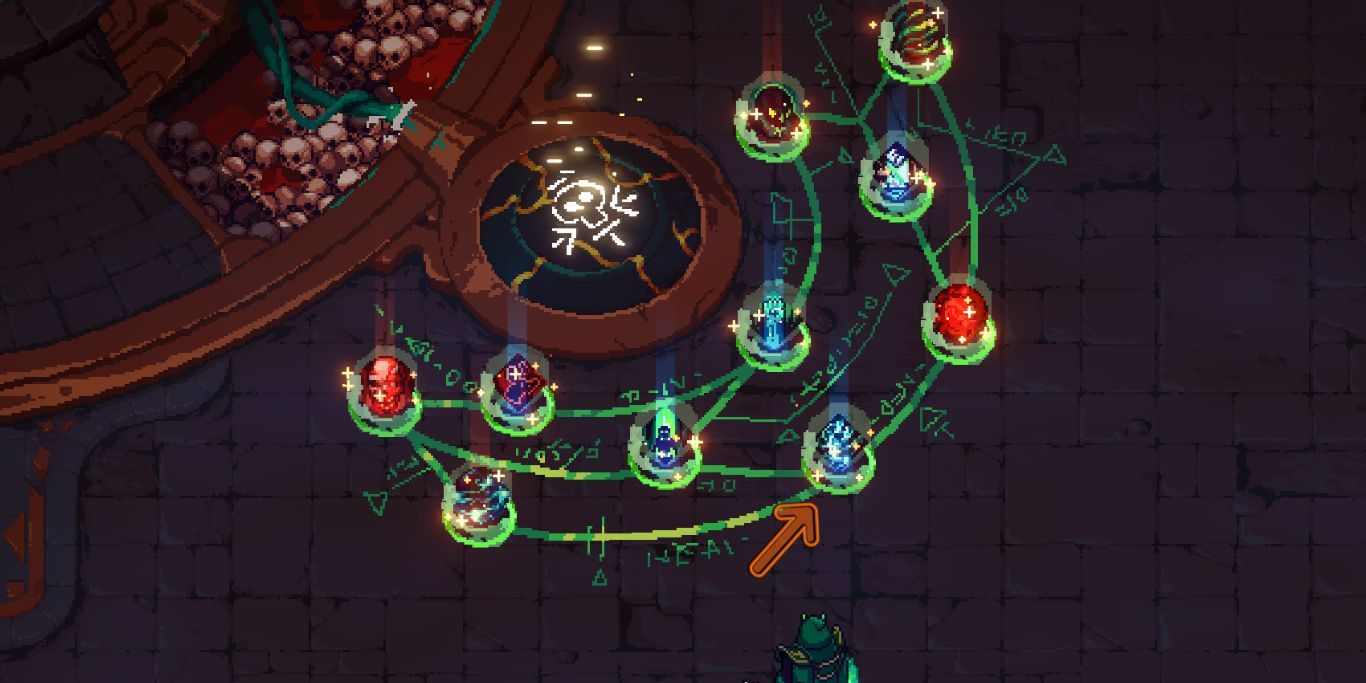 Going back to the special Arkhe upgrades at the top near the portal, you'll have to get the Bone Shard to claim Power Overwhelming as well. While this doesn't directly buff an Unholy undead's sacrificial ability, it can be useful for a certain play style. You can get different Spells and Sacrificial Runes that consume Blood, Echo, Bone, or Lifeforce.

When you sacrifice the undead with Power Overwhelming, they spawn additional Echoes around the area. Echoes are the hardest drops to get because they only spawn when a living dies. Generally, Echo spells require you to consume seven to ten of them, and the entire group is dead by that time.

With this ability, you can pick up Echo Spells and not worry about not being able to use them. Whenever you sacrifice an Unholy undead, you'll most likely have enough to get a Spell out. 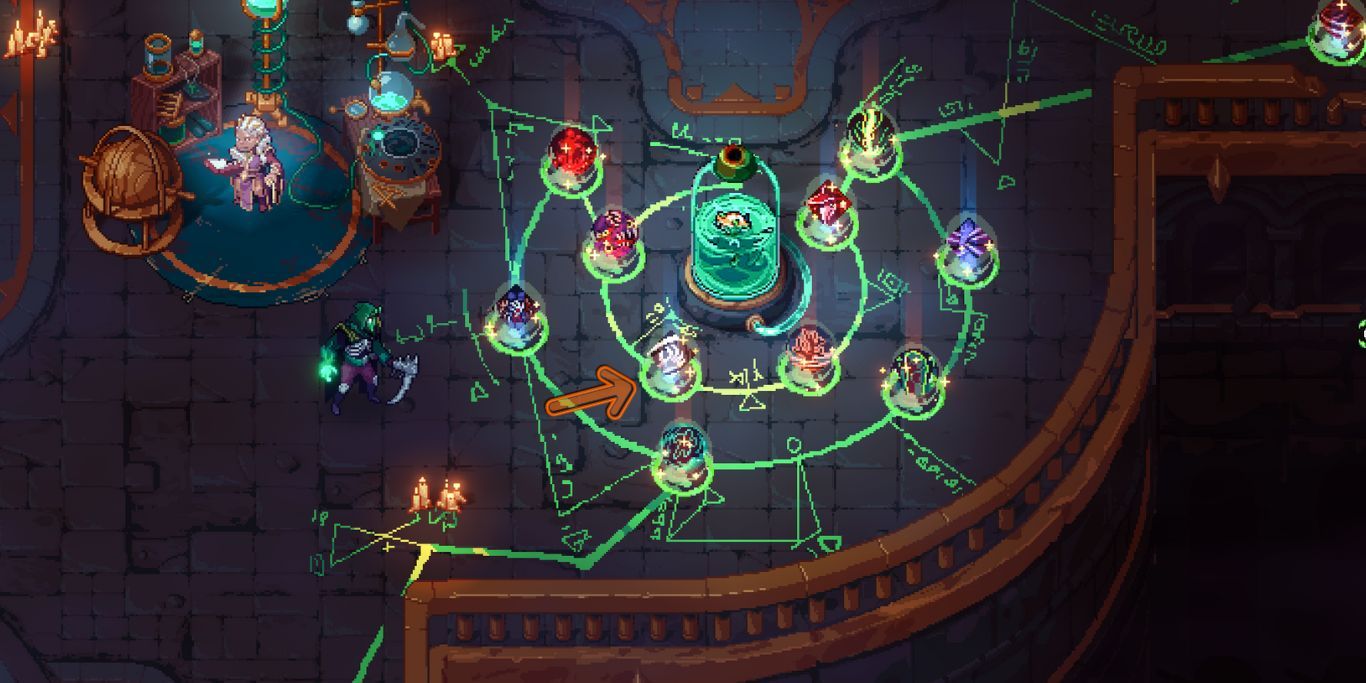 The undead are made to serve The Necromancer, so a Sacrificial Rune that buffs the player directly will always rank high. Unfortunately, you can only unlock Inviolable Bone Throne after you reach the sixth group, which can be quite troublesome since you also need to unlock the Arkhe upgrades near the portal.

Upon sacrifice, the undead creates an area where The Necromancer is completely invulnerable. If you're low on health, this can be perfect. Furthermore, it can also protect you from enemies that target you directly like Werewolves or Stormtroopers. 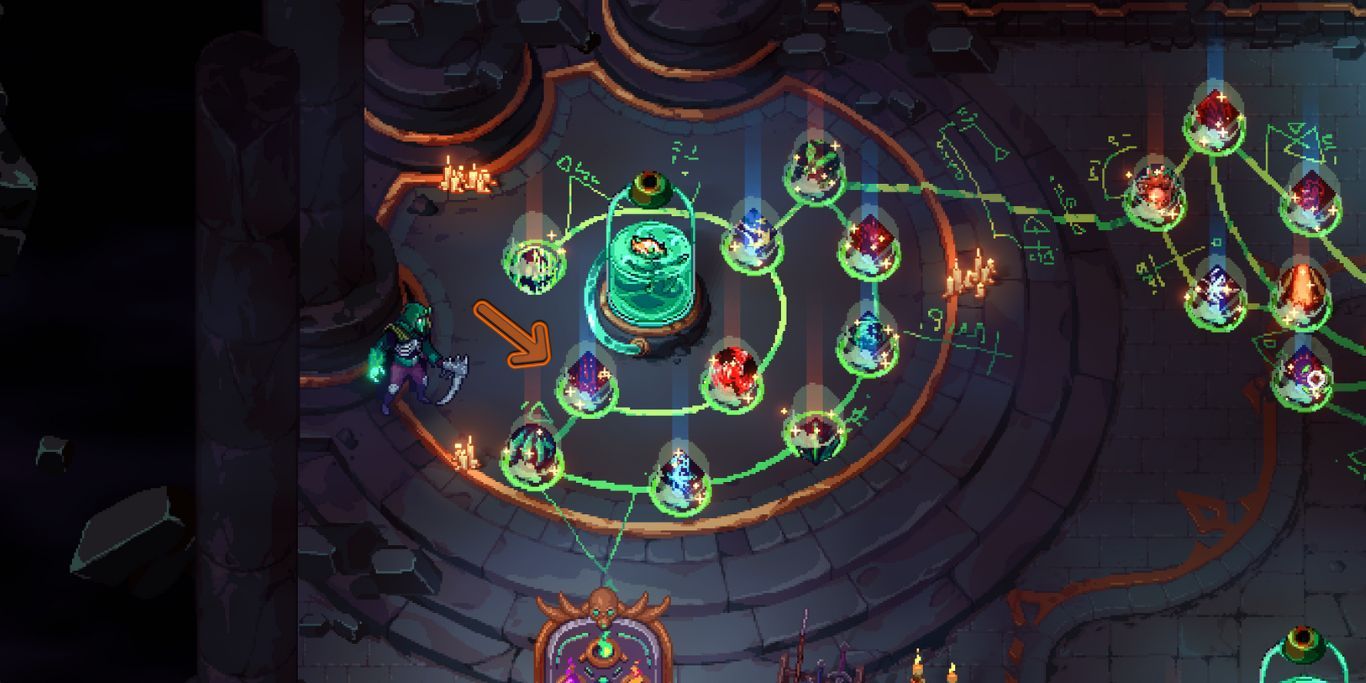 Thankfully, the best Sacrificial Rune for the Unholy undead can be unlocked easily. This is available as the second Arkhe upgrade in the beginning, and you can get it after the first run itself. Once you unlock an Arkhe upgrade, you can only get it in the game if you're lucky. Since Blood Rain is at the start, you have a higher chance of getting it because your choices aren't bloated yet.

Upon sacrifice, this Rune consumes the blood nearby to summon an acid rain that constantly damages the enemies in a large area. This allows you to deal significant damage to the surrounding undead.