Some of gaming's most iconic franchises really hit their stride with a sequel. Games like Halo 2, Portal 2, Uncharted II, Assassin’s Creed II, and Mass Effect 2 (just to name a few) that refined the mechanics and offered bigger, more ambitious experiences than their predecessors. But, so many games never got that opportunity to shine again, or did but still deserve another round. These games are gone, but not forgotten — here are the top 25 games that should have received a sequel but never did. 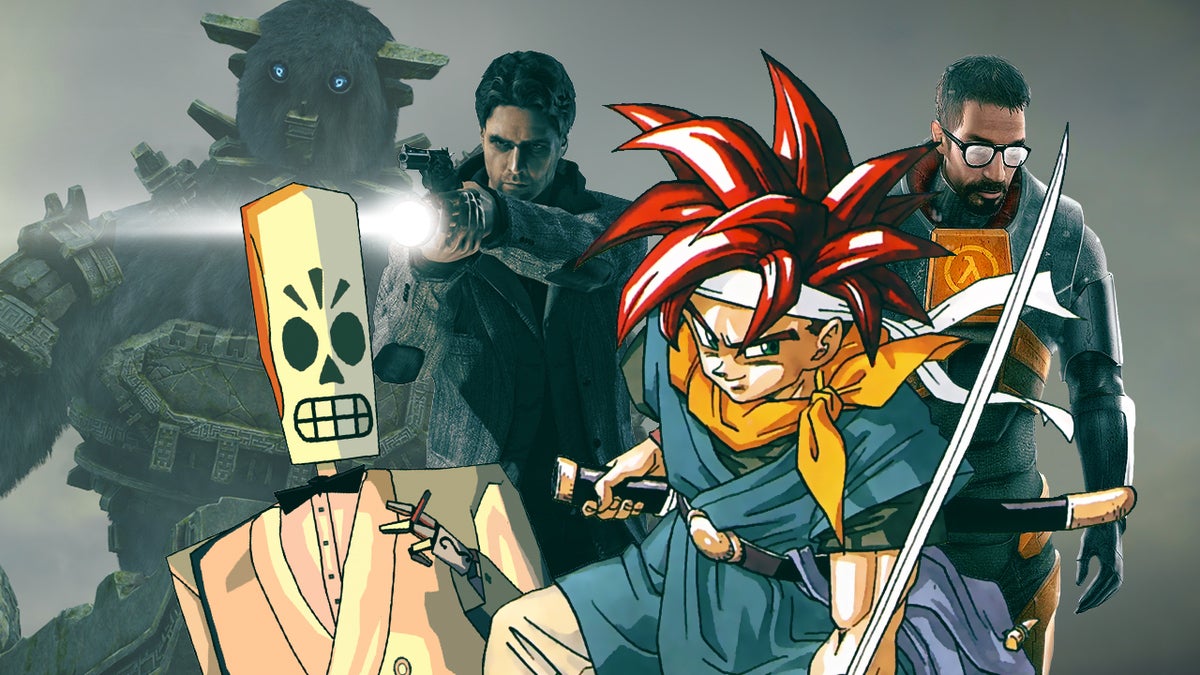 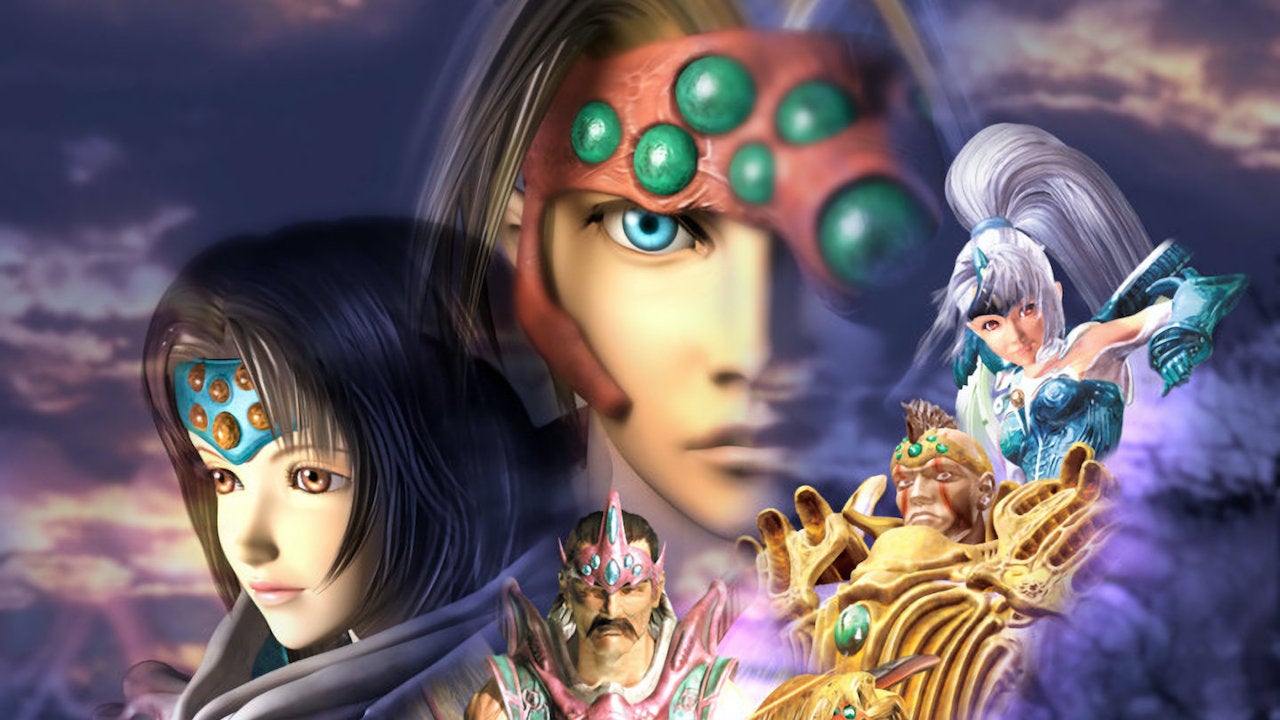 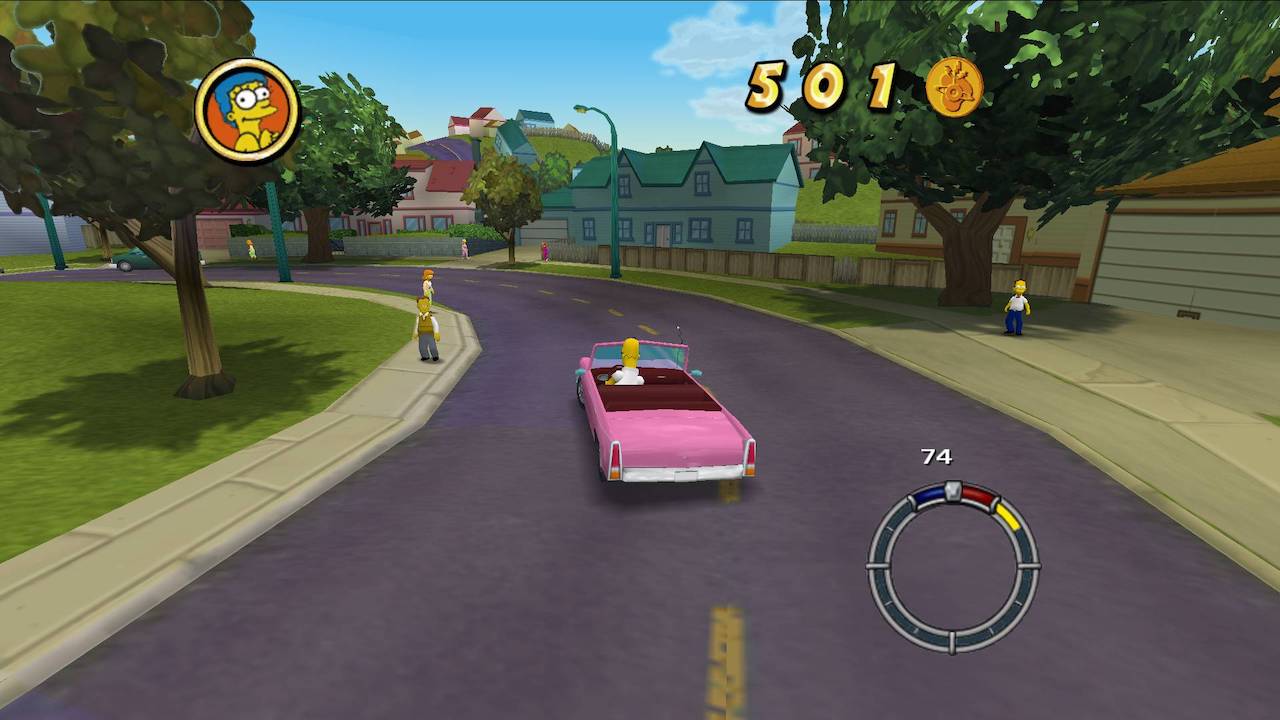 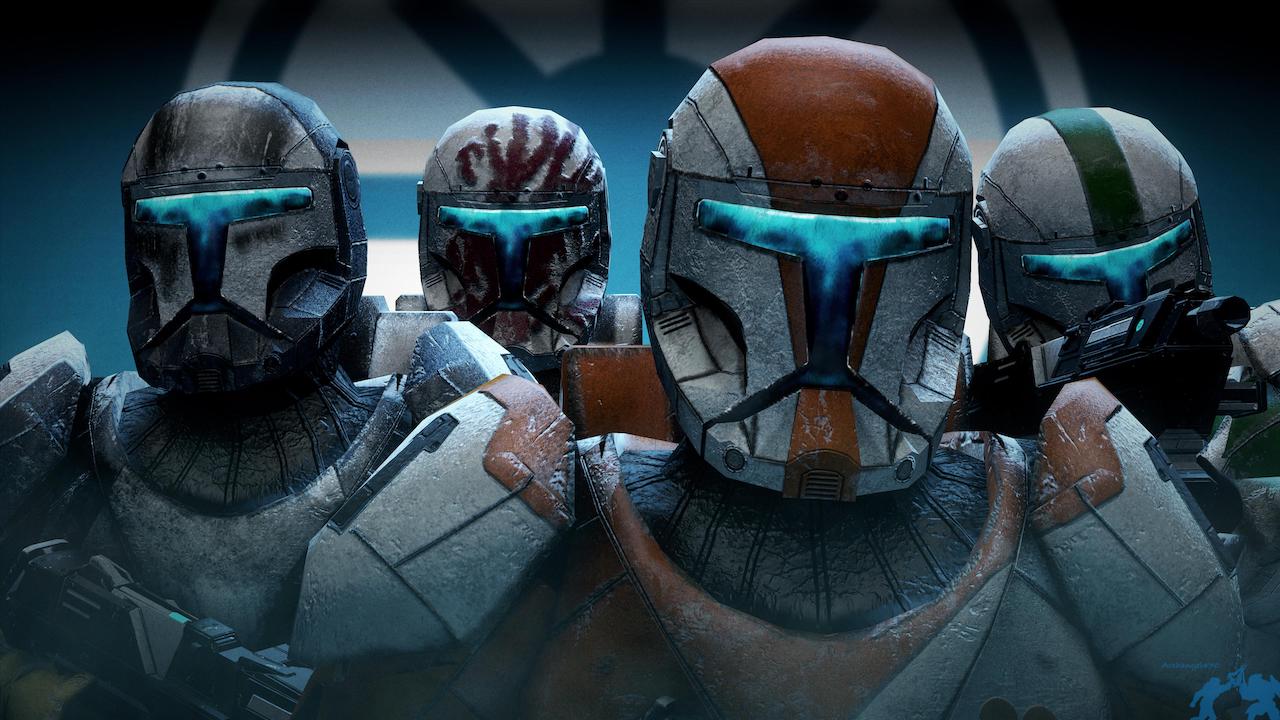 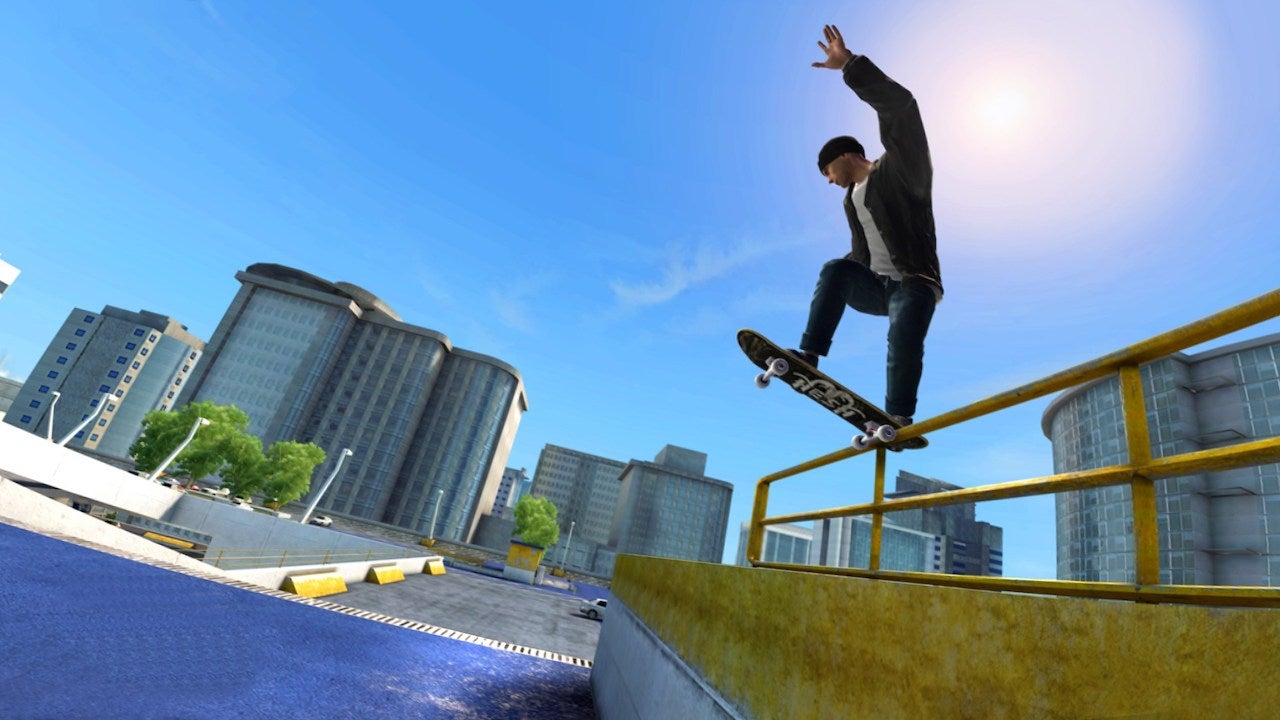 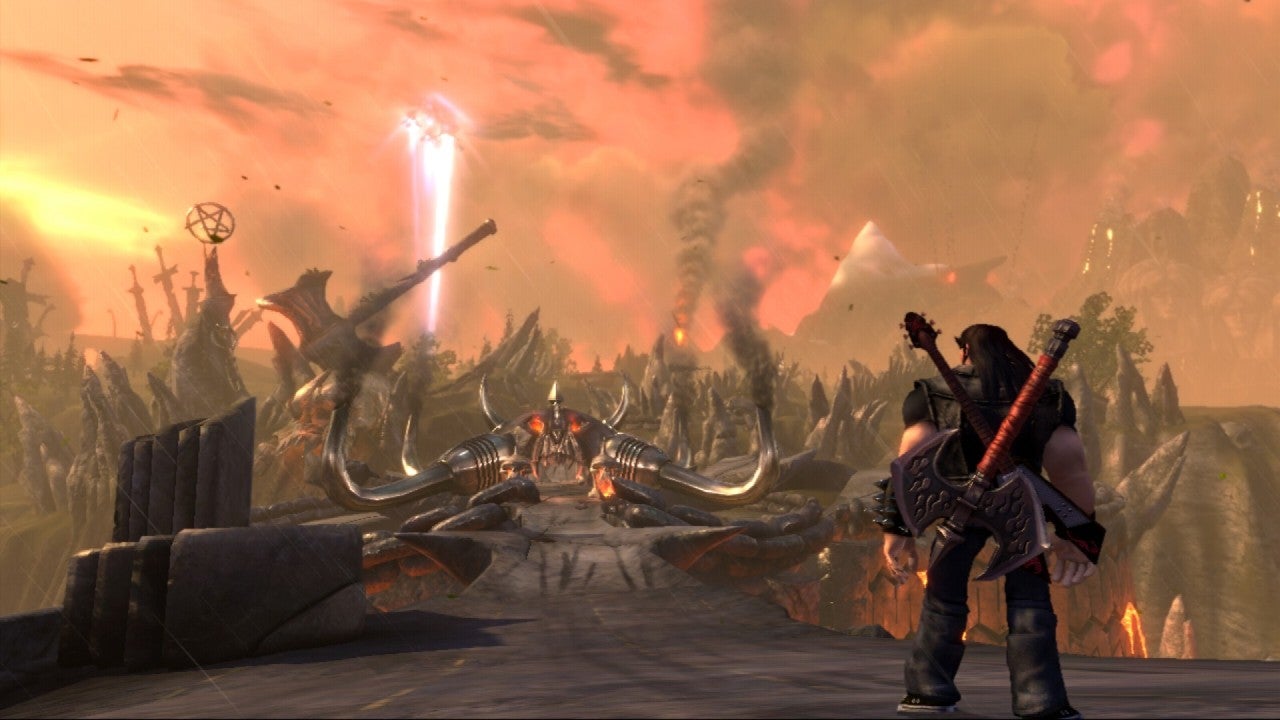 Full Throttle was the 11th adventure game from LucasArts, and the first to feature Tim Shaffer as the head of the project. It may have been less challenging than some of LucasArts’ earlier adventures, but between its unique world, fun cast of characters – including Mark Hamill – and intriguing story of a biker’s revenge in a dystopian future it wasn’t one we’d soon forget.

A sequel was in development in 2000, but by that time Shaffer had already left the company. Full Throttle: Payback was expected to continue the storyline from the original game, but was ultimately scrapped later that year due to many disagreements from within the team. Full Throttle was remastered in 2017, but we still think that Ben and his ridiculously square jaw deserve to ride again.

Metal Gear Rising was a swift departure from the tactical-based action that the Metal Gear Solid series is known for. While there were optional stealth elements, much of the game revolved around fast-paced action. Metal Gear Rising’s development was handed over to PlatinumGames, known for its work on the Bayonetta series, NieR: Automata, and the recent Astral Chain, amongst others.

Raiden, the protagonist of Revengeance, makes his return after Metal Gear Solid 4. Movement was fast and fluid, and nothing felt better than slicing and dicing foes with Raiden’s signature moves. Following its release, Hideo Kojima said he was open to a sequel if Revengeance was received well. However, after his fallout with Konami in 2015, it seems unlikely that it will happen.

Diddy Kong Racing is looked back on as one of the best kart racers in the genre. While many compare it to Mario Kart, you could drive not just a kart, but a hovercraft or airplane, as well. Diddy Kong Racing also featured a full story mode, something that has never made its way into the Mario Kart franchise, and elevated the kart racer above its competition at the time.

A sequel was planned for the Nintendo GameCube called Donkey Kong Racing that was to feature Donkey Kong as the main character. However, when Microsoft acquired the rights to Rare in 2002, the game was re-worked, and ultimately cancelled. We’ll most likely never see a sequel to Diddy Kong Racing, but now that Nintendo and Microsoft are playing nice with each other, anything can happen.

In 1997, Square departed from its traditional JRPG beat and tried its hand at a first shooter, and the result was an instant classic. Einhänder is a scrolling 2.5D shoot ‘em up similar to a game like Gradius. Set in a fictional future, Earth is at war with the Moon, and it’s up to the player to take down enemy ships and settle the score.

Einhänder includes many boss battles with moving parts, and it unmistakably draws from Final Fantasy VII in some of its design. Maybe once Square finishes the Final Fantasy VII Remake…in 2030…it can return to its more obscure roots and give us the Einhänder sequel we all want.

Before GoldenEye 007, Banjo-Kazooie, and Donkey Kong 64, there was Blast Corps.

One of Rare’s earliest games on the Nintendo 64, Blast Corps tasks players with clearing a path for a runaway nuclear missile carrier by any means necessary. In practice, that means jumping into eight unique demolition vehicles in a sweat-inducing battle against the clock in each and every level. The "destroy-everything" setup, the sometimes brutal challenge, memorable bonus missions, and a killer soundtrack all come together to make Blast Corps something truly special. We haven't seen a game just like this since.

Private school life was never the same after Rockstar Games released Bully in 2006. Set in the fictional town of Bullworth, Bully stars Jimmy Hopkins, an adolescent nuisance who is dropped off at the boarding school while his mother and stepfather set off on a year-long honeymoon cruise.

Bully does a great job realizing the life of a teenager, allowing players to ascend through the social ranks of the academy and navigating the key moments one might encounter, such as attending (or ditching) class, facing school bullies, engaging in romantic relationships with other students, and much more. While a sequel was supposedly confirmed by Bully’s original composer over a decade ago, nothing has come of it yet, and we wonder if we’ll ever get to return to life in Bullworth.

Some may write it off as another Rare collect-a-thon in the vein of Banjo-Kazooie, but let’s face it, Donkey Kong 64 is a fantastic game. Featuring Donkey Kong, Diddy Kong, and a host of other Kongs – both new and old – Donkey Kong 64 brought the titular ape into a fully realized 3D world for the first time.

Each Kong had a signature weapon and abilities that could be used to solve puzzles and access new areas, and there was so much to explore. Each level featured varied environments to explore, and the soundtrack is one of the best in the series. Plus, it features one of the coolest boss sequences against the series’ longtime villain, King K. Rool. Donkey Kong may have returned to classic 2D platforming gameplay in recent entries, but we’d really love another chance to handstand-run as Lanky Kong in a new adventure. Just as long as it comes with a sequel to the DK Rap, as well.

What may appear as an alternative take on the Resident Evil games, Eternal Darkness takes the paranormal survival-horror genre further by breaking the fourth wall on a number of occasions. It’s a game that was truly ahead of its time with the “Sanity Effects” system. As players progressed through the game, their sanity meter would rise and fall, resulting in bizarre occurrences in-game, such as player’s limbs falling off, bugs appearing to crawl on your TV screen, pretending that your controller had disconnected while enemies attacked you, and many, many more. There was even a Sanity Effect that made it seem as though you had deleted all of your game saves off your memory card.

A spiritual successor the the game, called Shadow of the Eternals, was in development but has since been indefinitely delayed.

Vagrant Story is an action RPG developed by Squaresoft that blends third-person exploration with puzzle solving and weapon upgrading. What makes Vagrant Story unique in the sea of PS1-era Square RPG titles is that it contains no item shops or player interaction with NPCs. It’s a somewhat isolated experience, but brilliant in its execution.

The unique battle system features semi real-time combat, allowing players to pause momentarily to target specific body parts of enemies to attack. The weapon crafting system is also extremely intricate, allowing players to combine weapons and items in order to make powerful gear. Although the story wrapped up well in Vagrant Story, we’d love a modern interpretation that returns us to Leá Monde.

Another masterpiece from Tim Shaffer, Grim Fandango takes us to the Land of the Dead and introduces us to our favorite undead travel agent, Manny Calavera. As with other LucasArts adventure games, the player must explore the environment to uncover clues and solve puzzles in order to progress.

What makes Grim Fandango stand above its adventure counterparts, however, is its unique art style which features 3D characters (a first for LucasArts at the time) against pre-rendered backgrounds. The game was stunning when it originally released, and still holds up well today, especially with the recent remaster. The characters are witty and well-written, and the world has such rich lore to uncover, making it a prime candidate for a sequel.

Bloodborne still retains the signature difficulty of the Souls games, but encourages more offensive combat with its “Rally” system, which allows you to regain lost health after being hit if you re-engage with an enemy in a short period after being hit.

Yharnam is a dark, gritty Victorian era-inspired city that’s full of character, enemy and boss designs are spectacular, and many prefer Bloodborne to the Souls games, period. We hope that we can dust off our Saw Cleaver one day and return to Yharnam once again.

Chrono Trigger is an incredible journey through time, that has also stood the test of time: almost 25 years later, it’s still regarded as one of the best RPGs ever. Its time-traveling mechanic allows you to adventure through prehistoric times, the Middle Ages, as well as a post-apocalyptic future, and each era contains story beats, new characters, unique enemies and items, and more.

Although it received a sort of “spiritual sequel” in Chrono Chross, we’re still waiting for an actual sequel starring Crono and the gang that includes a new time-traveling adventure.

Mario is no stranger to RPGs having been in various Paper Mario and Mario & Luigi games, but none are quite like Super Mario RPG: The Legend of the Seven Stars. Set in some weird, alternate version of the Mushroom Kingdom, Mario must team up with Peach, Mallow, Geno, and Bowser – yes, Bowser, to take down Smithy – an evil robotic blacksmith – and his gang.

Although the battle system isn’t unique to early RPGs (it’s turn-based), it’s still interesting seeing the different special abilities given to Mario and his crew. Besides that, the writing is genuinely funny, and the story is surprisingly good. We’d love to see a follow-up to this classic SNES RPG.

While there are plenty more games that warrant a sequel or true ending, (looking at you Metal Gear Solid V) these are the games that we’d like to see made first. What game do you think deserves a sequel? Let us know your thoughts in the comments below.

Matthew Adler is a freelance journalist who will defend Donkey Kong 64 until the day he dies. You can follow him on Twitter and on Twitch.