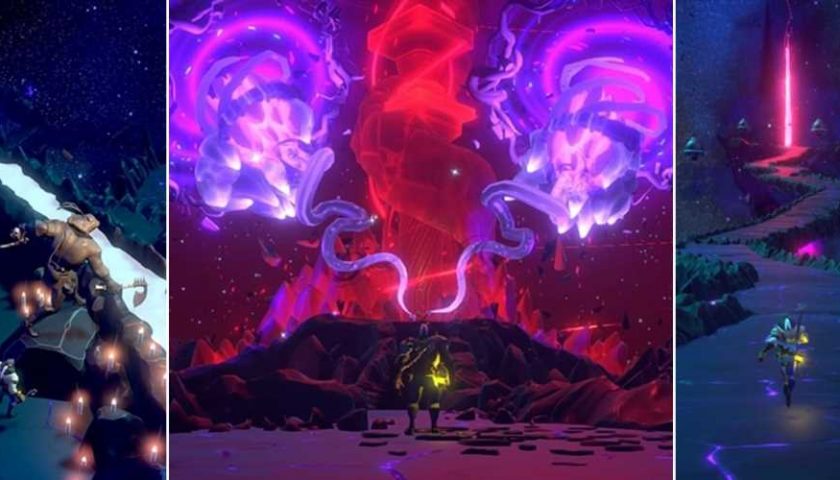 In The Tale Of Bistun, you'll be contending with creatures connected to Persian mythology. As an unknown stone carver, you're going on a quest to destroy a corrupting influence while also trying to recover your lost memory. A majority of your adventure takes place in the physical realm, but you'll also need to travel to an ethereal plane known for granting Revelations.

Every time you go there, you'll need to confront a different memory in hopes of understanding who you are and what you're doing. Unfortunately, a tremendous threat known as the Bistun Deev lurks in that realm with the intent of ending your life.

What Is The Bistun Deev? 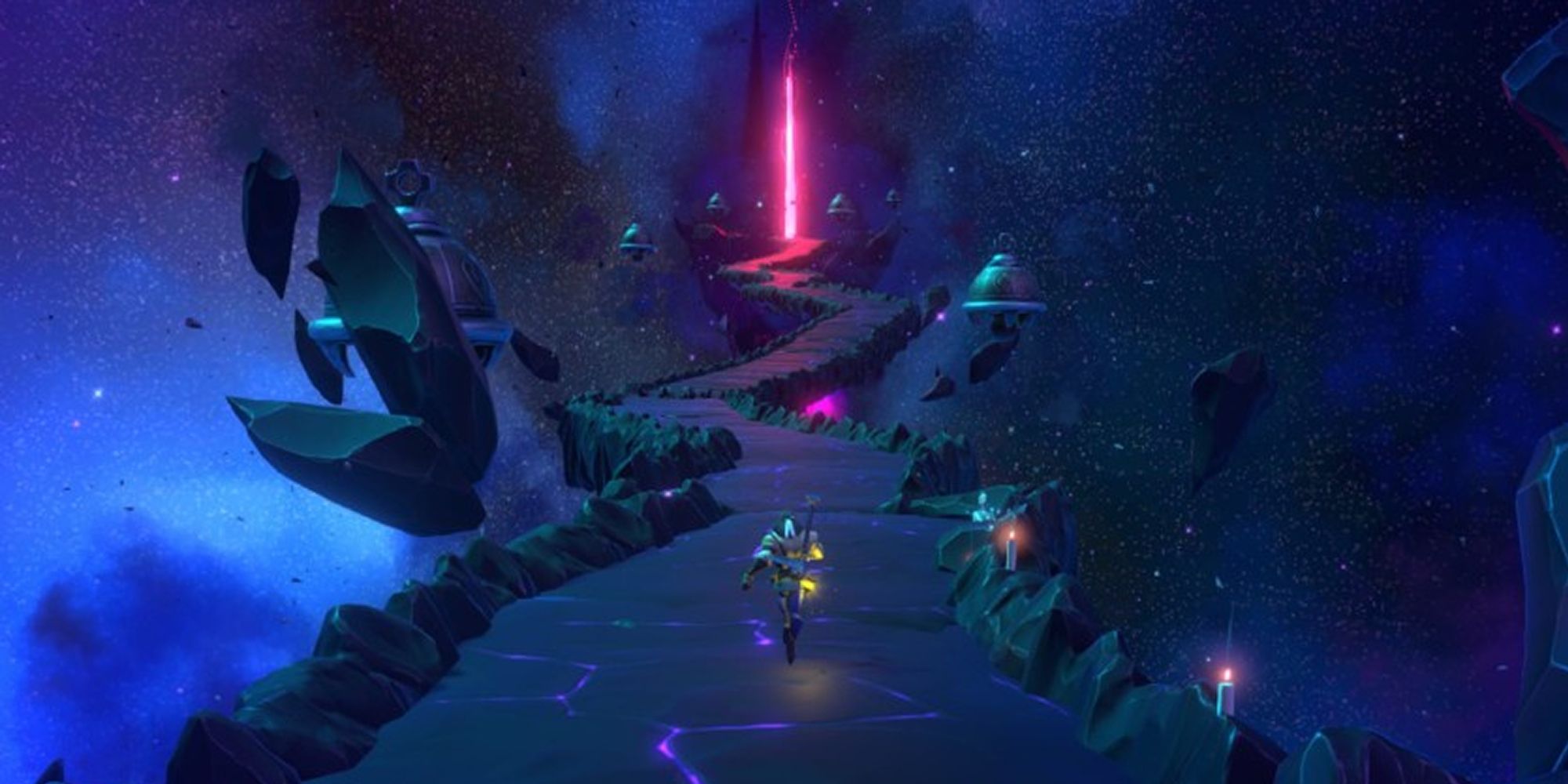 In Persian mythology, a div or dev refers to a truly monstrous creature. Though changed to "deev" in The Tale Of Bistun, the concept remains unchanged. You'll be fighting more than one deev throughout the course of your adventure, but the Bistun Deev hands over your head for the majority of it.

Though trapped in the Revelations Realm, the Bistun Deev is gaining power to break free from the mountain that bears its name. The Bistun Deev takes the form of a giant stone humanoid with horns and a snake-like body. If you're hoping to reach the end of the story, you'll need to slay it.

How To Defeat Bistun Deev 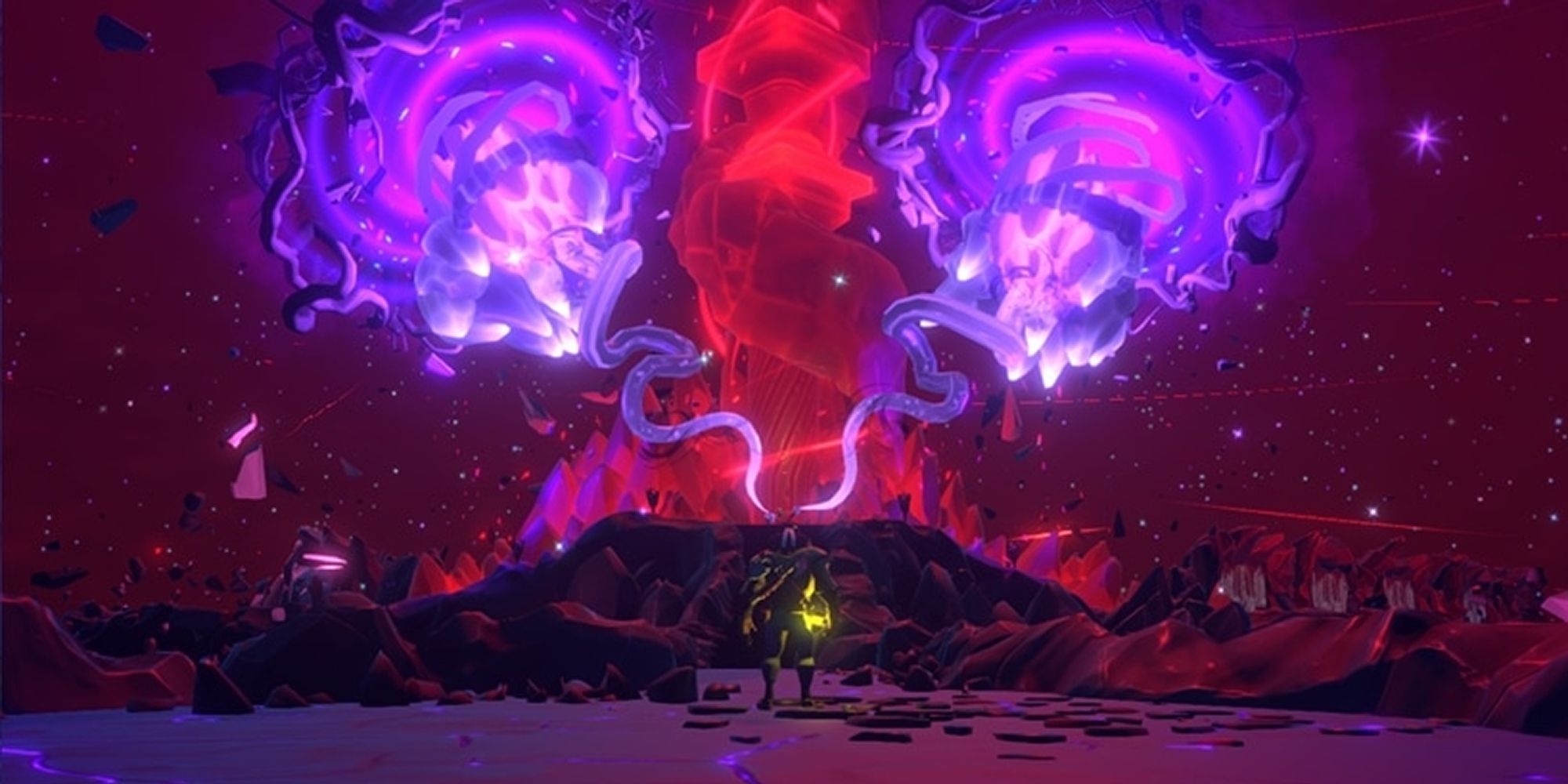 You'll have close encounters with the Bistun Deev several times through the course of the journey, but you'll eventually reach a final confrontation in the Revelations Realm. Note that for this fight, you'll be given a brand-new weapon: The Hammer. Unlike the Hatchets and Pickaxe, the Hammer has a very different feel with heavy swings, limited range, and an overall slower speed. As soon as you get it, take some time to get used to it and the three-hit combo it has. You should also practice its ability to launch a short-range burst of crystal spikes in a straight line, giving it some range.

When the battle begins, Bistun Deev will place itself at the head of the arena. There's a lot of space to run around, so make sure you take advantage of that. He has only two attacks: a fist slam and a shockwave. The former is telegraphed by him raising his arm slowly before bringing it down on your current location. 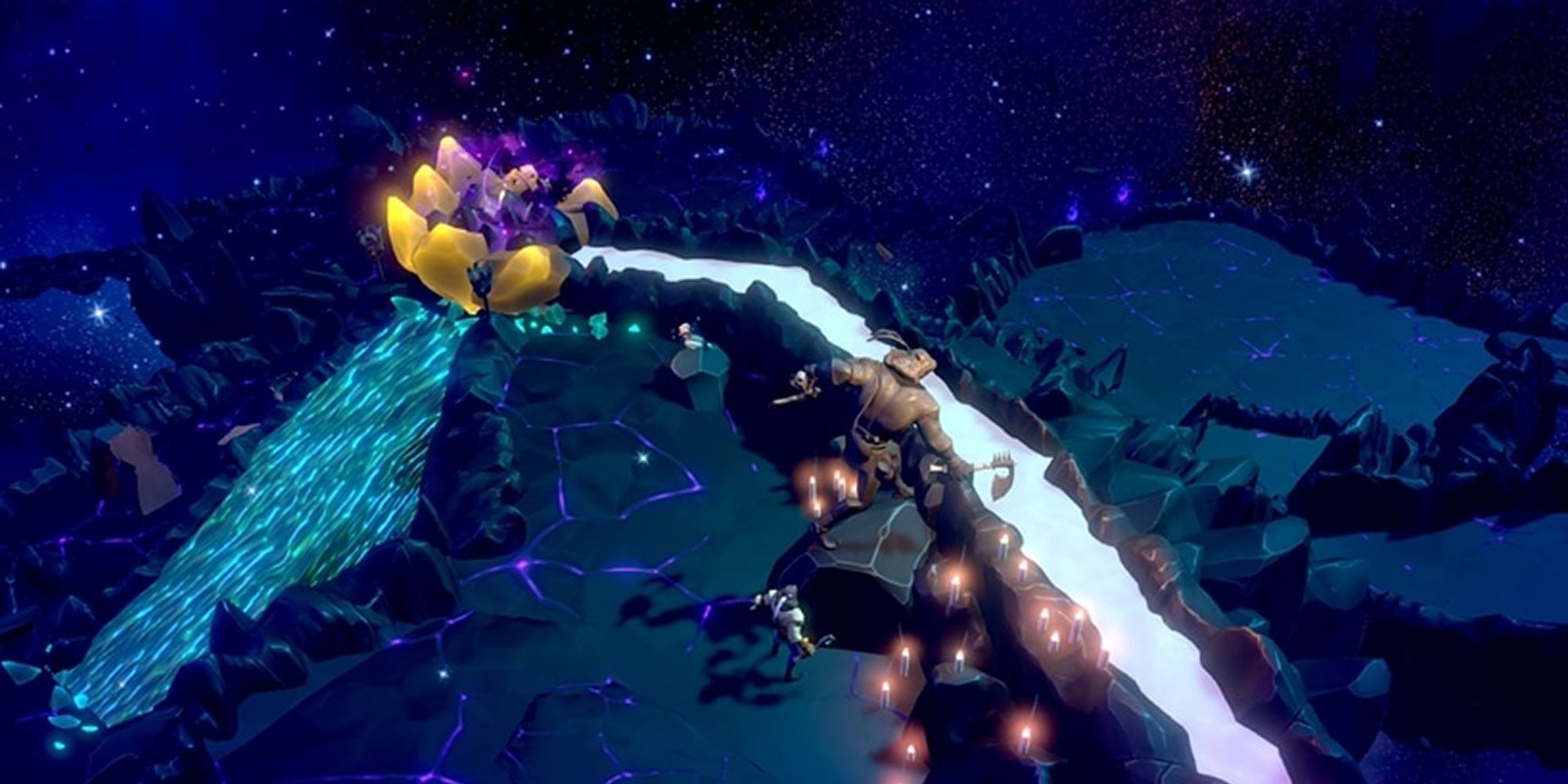 As long as you keep moving and dodging, you'll be able to avoid it. After losing one third of its health, it'll start using the shockwave, which is telegraphed by the camera moving to show the left side as he brings down his whole arm. This creates a shockwave in a straight line covering the whole arena. Simply dodge through it to avoid damage.

Lastly, at the end of its attack pattern, Bistun Deev will summon a group of enemies. When this happens, take out the ranged attackers first followed by the slowest melee fighters. Save the giant Guardian Deevs for last, and avoid crowding near them or your health will be knocked down quickly.

Once all the enemies are defeated, smash the highlighted rock to reach the bell and ring it with the hammer. This will stun the Bistun Deev and allow you to wail on its red eye. Do this three times to defeat it for good.