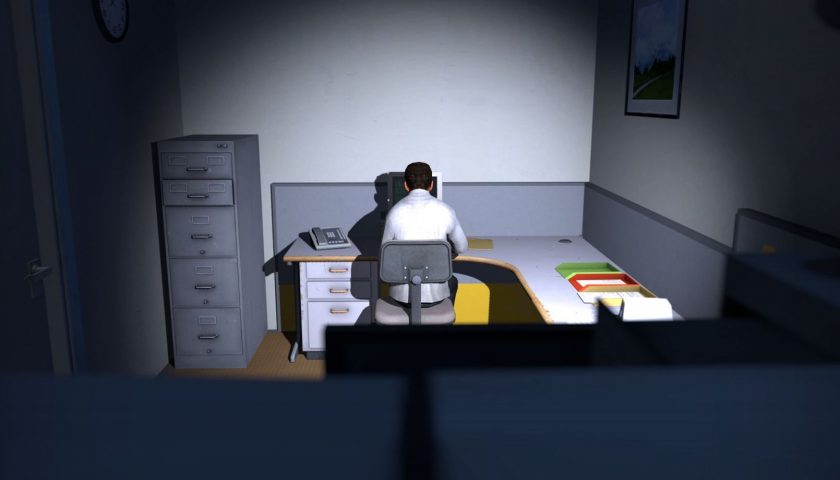 The release date for the game was revealed in a brand-new teaser trailer, showing little highlights of the different endings that will be exclusively available in The Stanley Parable: Ultra Deluxe. As you might expect with a game like The Stanley Parable, these endings will undoubtedly twist your perception of the game entirely, and the teaser trailer itself shows that this remaster/expansion won’t be holding back when it comes to messing with your mind.

Those that have been closely following development will know that ever since the game was announced back at The Game Awards in 2018, the marketing for The Stanley Parable: Ultra Deluxe has been anything but straightforward. For starters, the game was delayed multiple times, at one point having the game’s narrator mock excited fans and chastising them for expecting a release on a wildly unrealistic launch date. It's very befitting the game itself, but it looks like the wait is finally over now.

For those who might not have played The Stanley Parable, the game is very difficult to describe without spoiling. The game is essentially a walking simulator that has you play as Stanley, the 427th employee of an undisclosed office building whose coworkers have all mysteriously vanished. Whilst that may not sound particularly interesting, the game’s narrator is what steals the show, guiding the player along a set path and reacting when his rules are broken. It doesn’t so much as break the wall, but rips it down and smashes it to pieces.

If you want to try the game out, the vanilla version of The Stanley Parable is currently available on PC. If you're wanting to play the game on consoles, you will have to wait for the Ultra Deluxe version but trust us, it’s worth the wait.