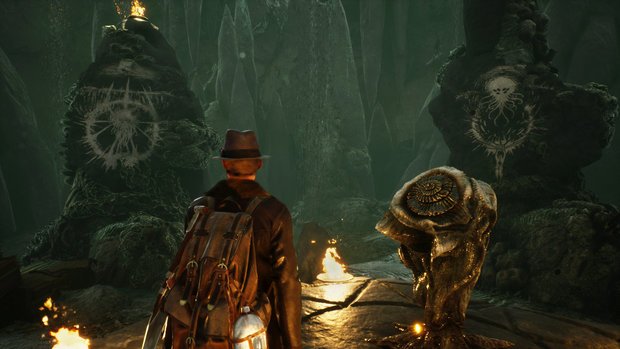 These mechanics not only force you to think and act like a detective in a way that few other games do, but also pay attention to the city around you. Despite its seeming impossibility, the city layout can be learned, and it’s not as hard as it seems as you start recognising its strange landmarks and streets names as you explore, even after only a short time with the game.

Although I had some experience with combat in the game, it wasn’t as remotely as interesting as the city and the mysteries it holds. I’ve never played a game that leaves you to deduce so much, from where to go to how to find it. Sinking City makes you feel like a true detective in the most outlandish circumstances.

I never found that mirror, but the case went a missing mirror and an inter-dimensional kidnapping without losing any of its tension of believability.

There’s a spattering of familiarly Lovecraftian elements along the way, from insanity meters to secret cults, but the preview felt at its best when it embraced its duality, of a hardboiled detective, with an eldritch tentacle wrapped firmly around his feet.