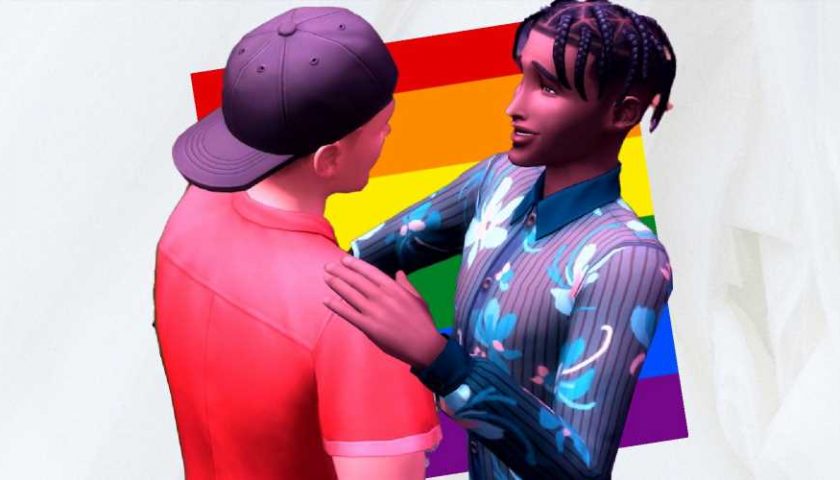 One of the most important new features of The Sims 4 High School Years pack comes not in the expansion itself, but with the free base game update that accompanies the expansion. After years of Sims being playersexual, you’ll finally be able to set sexual preferences in Create A Sim, offering greater LGBTQ+ representation. No longer will all Sims fall for each other regardless of gender, you’ll now have more choice in how their romantic lives play out.

This feature isn’t limited to a gay, straight, or bi situation either. The team has worked with GLAAD and the It Gets Better Project to design a way to allow a wider variety of sexualities, including aromantic and asexual, to be reflected.

You’ll find three options that can be customised to reflect your Sim’s orientation. The first is romantic attraction, where male and female tick boxes indicate which genders a Sim will be able to develop romantic feelings for and have crushes on. There is also a box for ‘This Sim is interested in Mess Around with’. This slightly cryptic label indicates which genders your Sim wishes to engage in a physical relationship with. For teens, this mostly involves kisses and cuddles, and for Young Adults and above it includes woohoo – that’s sex for those unfamiliar with the Sims lingo. The final option is a yes-no question asking if your Sim is exploring things romantically at all. It’s a major step in the right direction for creating rounded Sims that better reflect the nature of humanity today, but the cold presentation of male/female highlights the ways The Sims still has a way to go.

While current NPCs do not have sexualities assigned to them, newly added ones will. You can also use ‘Create a Sim’ to set them yourself for any Sim you edit or create. Once the sexual preferences are determined, the Sim will only positively respond to romantic advances that fit their sexuality. This means that finally in the storytelling sandbox of The Sims 4, players can tell more authentic and true-to-life queer stories. 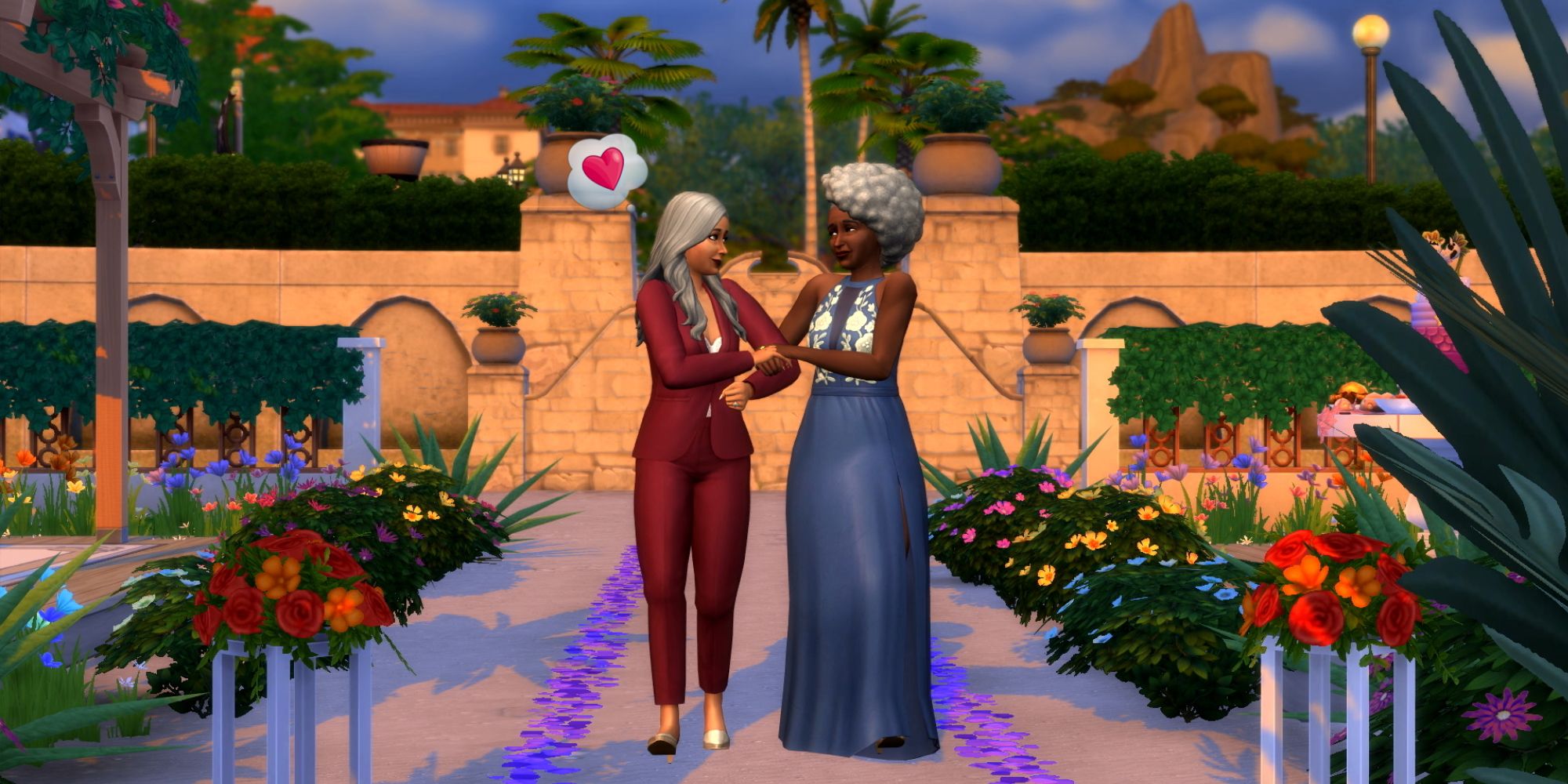 Sims marked as questioning their sexuality will be more fluid in their choices, and may respond well to advances outside of their selected preferences. This means that while they may have an initial preference, there is said to be scope for this to change over time through gameplay. How the response is determined in questioning Sims is yet to be discovered, but the addition allows for a more realistic exploration of sexuality.

On the surface, some of this may seem the same as before but the key difference is in the game mechanics and the choices in both directions. Other Sims will still respond to you based on their preferences, and if a Sim is certain in their sexuality this will be reflected when they are hit on by another Sim. While you can explore your own sexuality through your Sim, you cannot influence other Sim's preferences, unless they are also exploring.

By separating out romantic and sexual attraction, as well as allowing you to choose neither, the system also enables asexual and aromantic sexualities. These are especially important as both sexualities are incredibly under-represented across gaming. In terms of transgender Sims, the game pulls from the gender you set when creating your Sim, rather than the body type or other gender customisation options. This means that all trans Sims will be appropriately classed when it comes to gender and sexuality, which is more progressive than we’ve seen the likes of Cyberpunk 2077 be – CDPR’s open-world adventure limited romantic options by a variety of factors including gender identity, body type, and voice.

Exploring sexuality in The Sims 4 in order to help make sense of your own feelings is a common theme, especially with LGBTQ+ players. The Sims has been helping players explore life since its humble origins in the year 2000. In my interview with Storylegacysims earlier this year, they spoke about how the game helped them figure out their sexuality and gender identity, and their story is just one of many similar tales. Over time the series has made a few missteps, but its path has always been one journeying towards a goal of allowing all players to reflect their own reality in the game. There is a long way to go, but huge strides have been made and with each one, my love for this game grows. After a rough year content-wise, with kits galore and the shambles of the My Wedding Stories launch, this addition to the base game helps cement The Sims 4’s status as a truly inclusive title.

The only current gap in the system is related to non-binary Sims. While the game now allows they/them pronouns, during the press preview we were told there is no current option for non-binary Sims in terms of game mechanics. The little explanation given appears to suggest this is because non-binary only exists in pronouns and not as a gender in the same way male and female do. Apparently, the sexuality system will continue to grow and develop over time, eventually including non-binary Sims, but without them, this system doesn’t feel all the way there yet.

Gender and sexuality are complex beasts, and it can be incredibly difficult to truly represent the vast spectrum of life. However, this update is a huge step in the right direction, offering better representation and more spontaneous interactions, even if it could go further. NPCs having sexualities set as well, at least going forward, means there is also an increased chance of in-game townies choosing to pursue your Sims, rather than the other way around. Sexuality will be a more realistic experience in The Sims from now on, and further deepen the gameplay experience, especially for storytellers.