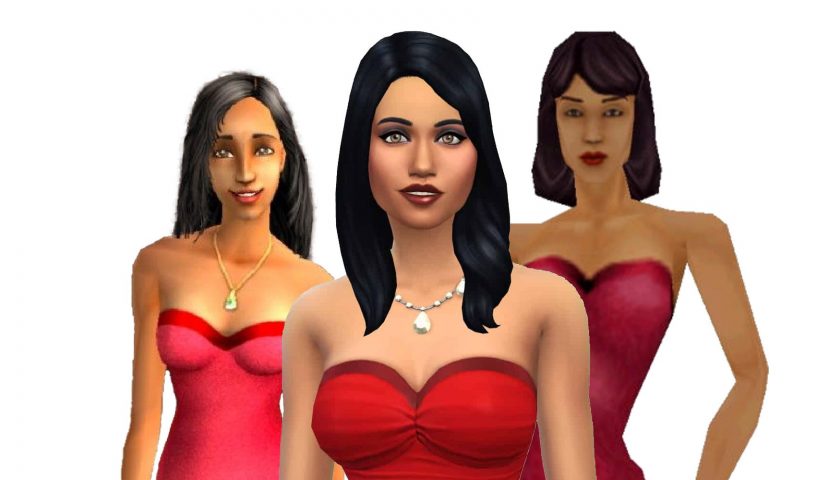 Bella Goth is a Sims staple at this point, appearing since the very first game with the now-iconic Goth family. But her Sims 4 reveal caused a stir in the community as she had been whitewashed—she stayed that way for eight years. In the latest update, EA has finally addressed the complaints.

It's not just Bella—The Sims 4 made a habit of lightening a lot of returning characters' skin tones: "Take a look at Dirk Dreamer and Dina Caliente too—they're all lighter," one Reddit commenter said. But they stayed that way for nearly a decade despite complaints and controversy bubbling back up to the surface time and time again as returning fans of the series dipped back in or existing players discovered this problematic change.

The official Sims account even addressed the controversy, tweeting out, "Grab the fruitcake and welcome wagon – the new and improved Goth family is available now in every new game start in The Sims 4." The catch is unfortunately that you need to start a new save to find the no longer whitewashed Goths.

Mortimer's moustache has also been thinned and tweaked to better fit the original inspirations for the Goths. As you can probably guess, they were designed around the Addams Family, with Mortimer modelled on Gomez.

Others comment hoping that this is the beginning of a game-wide overhaul of characters, addressing the lighter skin tone of more than just the Goth family. But Maxis and EA haven't clarified whether that's the case and if this is a one-off, simply bundled with another unrelated update.

There's still another complaint that EA and Maxis haven't addressed in this update which is the ashiness of darker skin tones, often being more washed out and grey. This is something that a few have pointed out on Reddit and Twitter, hoping for it to be addressed in a subsequent update, but fans have been asking for an update to darker skin tones for years now.