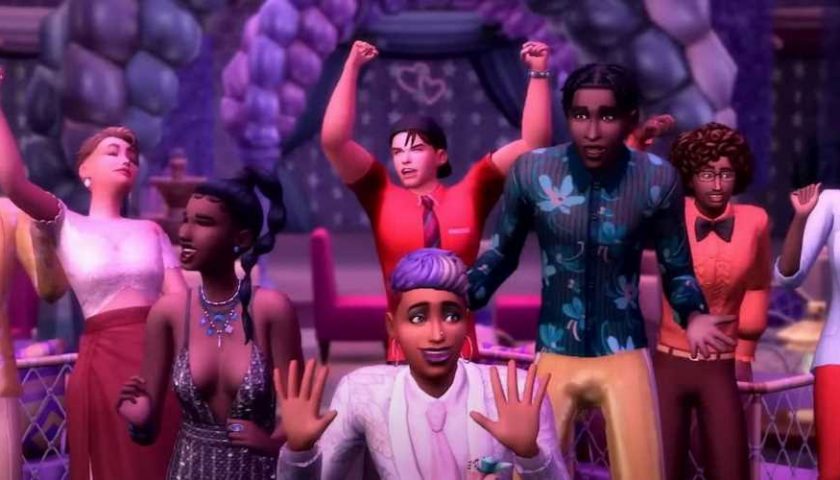 When it comes to The Sims, fans have long been asking for content that fleshes out life stages other than young adults and adults, and with The Sims 4: High School Years, EA has definitely delivered. For the first time since the game’s launch in 2014, teens act less like young adults and more like teens, complete with puberty, phases, and most of all, high school and all its hallmarks.

And what’s an American-centric high school pack without a fully fleshed-out prom? It’s long been considered a staple of your high school career, dressing to the nines and enjoying a fancy evening out with your classmates. While the High School pack has been met with mixed reviews overall, prom's reception seems to be pretty good. So, gather your Sims’ age-appropriate friends, put on your best Formal attire, and head down to Copperdale High every Saturday night to enjoy a quintessential high school experience at Prom. 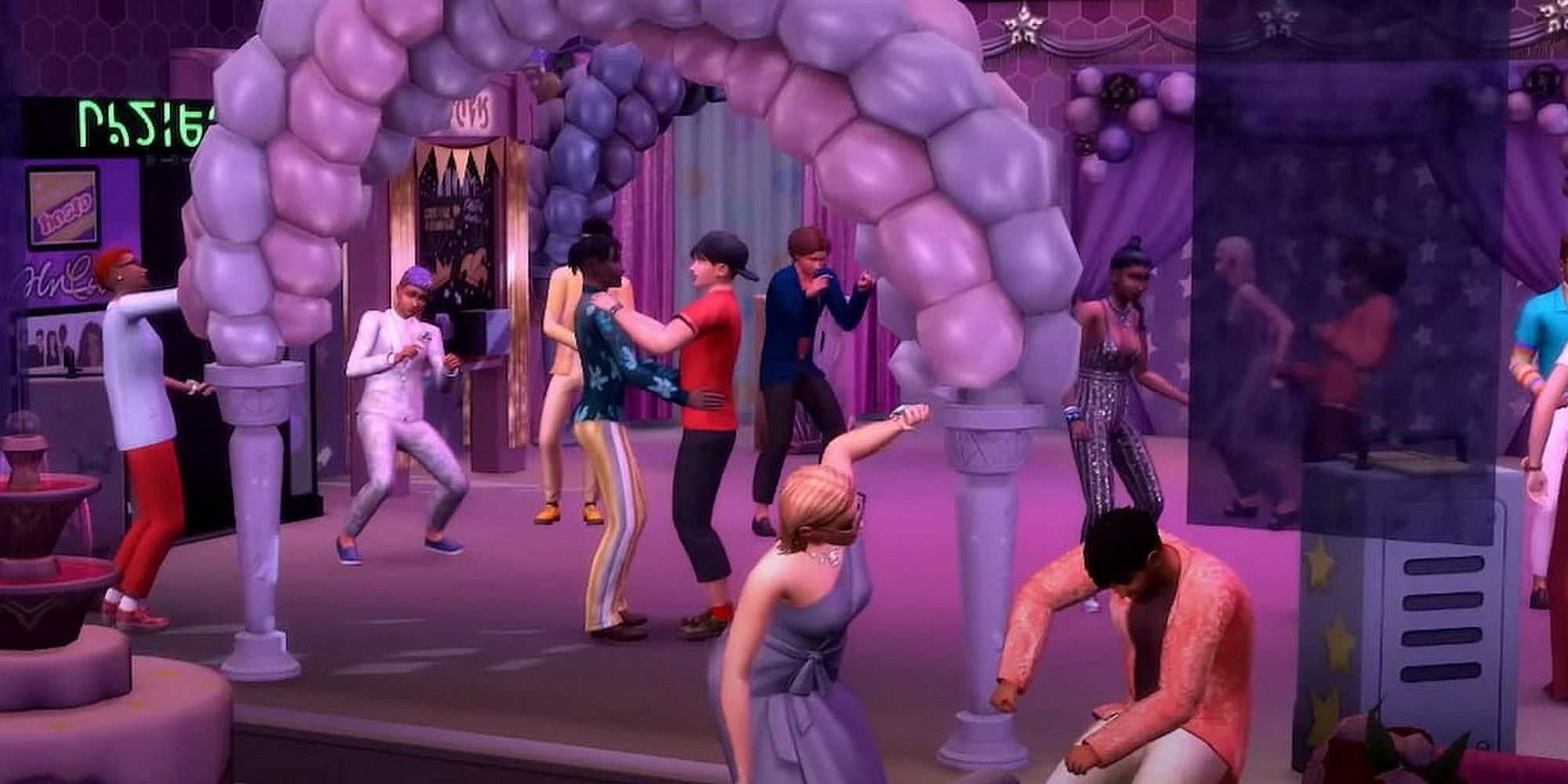 The pack itself comes preloaded with a venue for prom, located in the Copperdale High School auditorium. If you choose not to make any changes to the venue ahead of the event, your Sims will arrive to EA’s default prom design. However, if you fancy yourself a builder or just want to change things up, enter build/buy mode and renovate the space.

The default venue already has everything your Sims need for the event, but if you’re redoing it, be sure to check the requirements, so it's a valid venue. You’ll need a preset number and variety of items for the event to function as intended, so keep this in mind if you’re making changes. 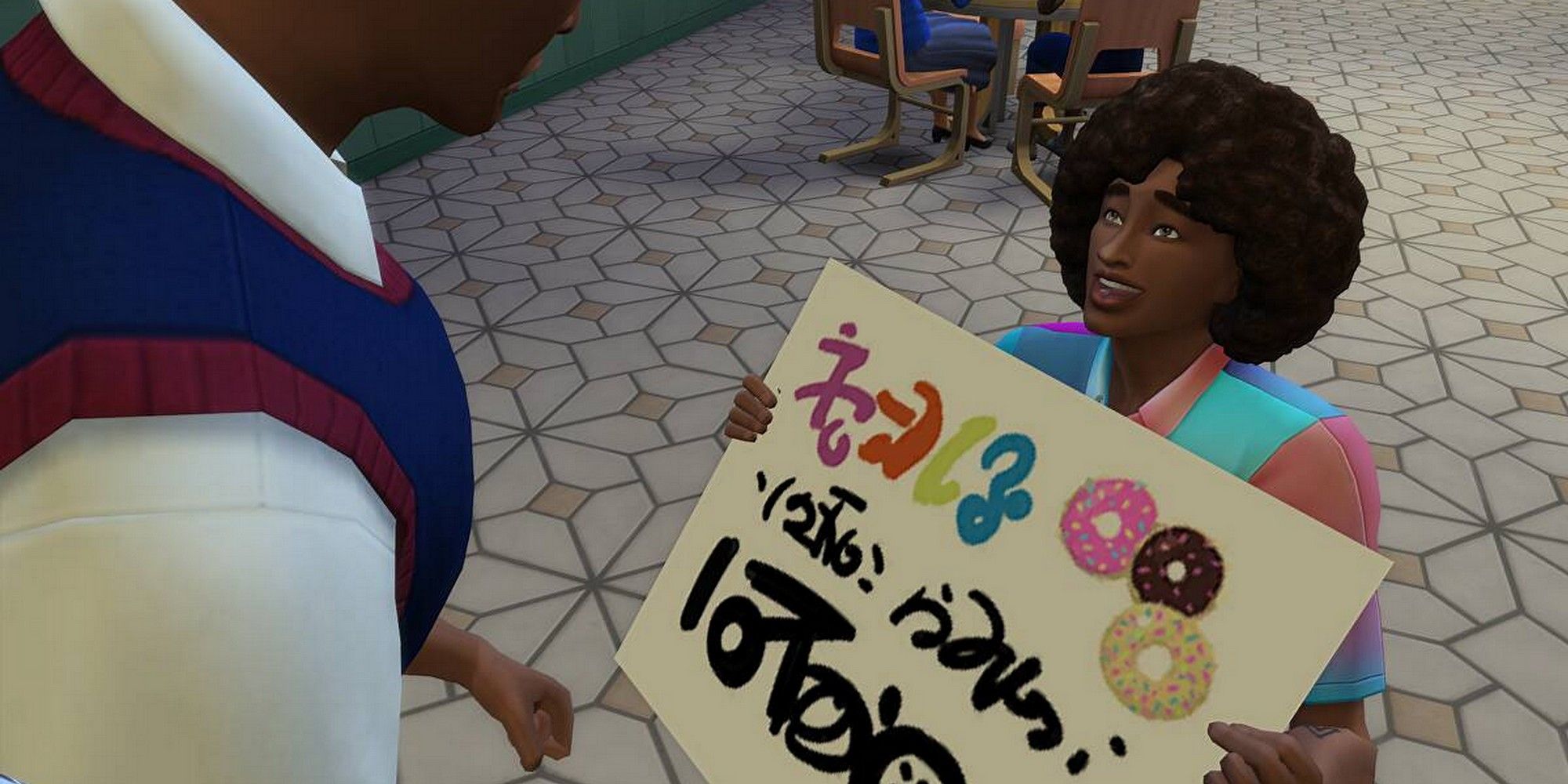 Elaborate wedding proposals have long had the internet in a vice grip, and because of this, real-life high schoolers began borrowing the idea to ask their sweethearts to prom. Sure, you can coyly ask in the game by slipping a note in the other Sim's locker, but you can also go bigger with a full promposal.

The quality of your promposal sign is dependent upon your Painting skill, and your Sim will carry it in their inventory until it’s eventually presented to the apple of their eye. To ask another Sim to prom like this, click on them, select the “Prom” options, and present the sign for a cute little scene (as long as they say yes, that is). 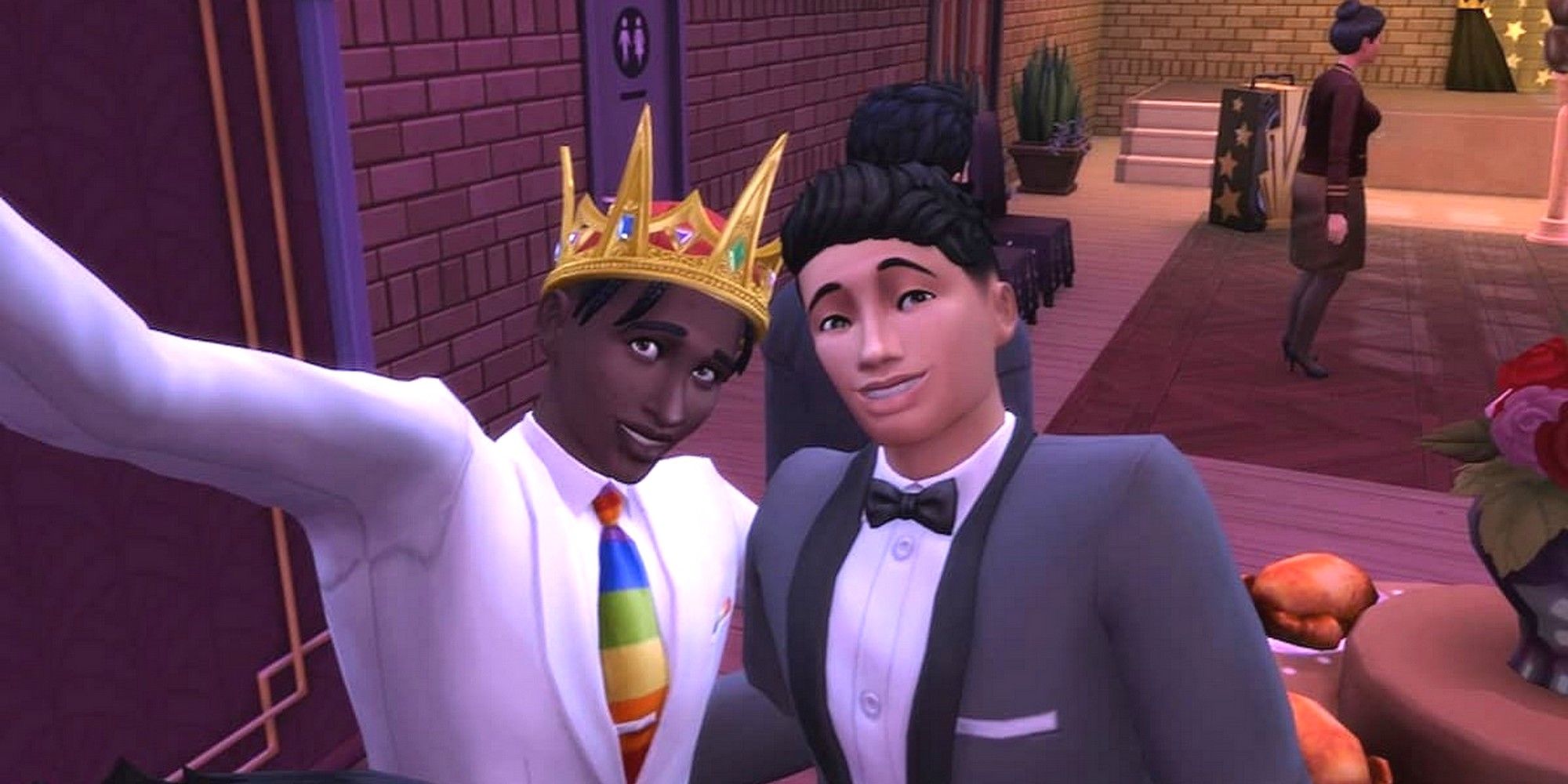 But before you need to worry about a sign, you’ll have to have your sights set on someone to ask. The high school is populated by other teen Sims from your save file, so you should already be making friends as you're going through the school week. If there’s someone your Sim is crushing on, you can always ask them to prom, but if you’re flying solo, it never hurts to ask a friend.

The pack differentiates between romantic and platonic prom dates, allowing you to head to the event as a couple or just as two single pals. Additionally, you’re not the only one who might be doing the asking, as other teen Sims can ask you to prom as well. 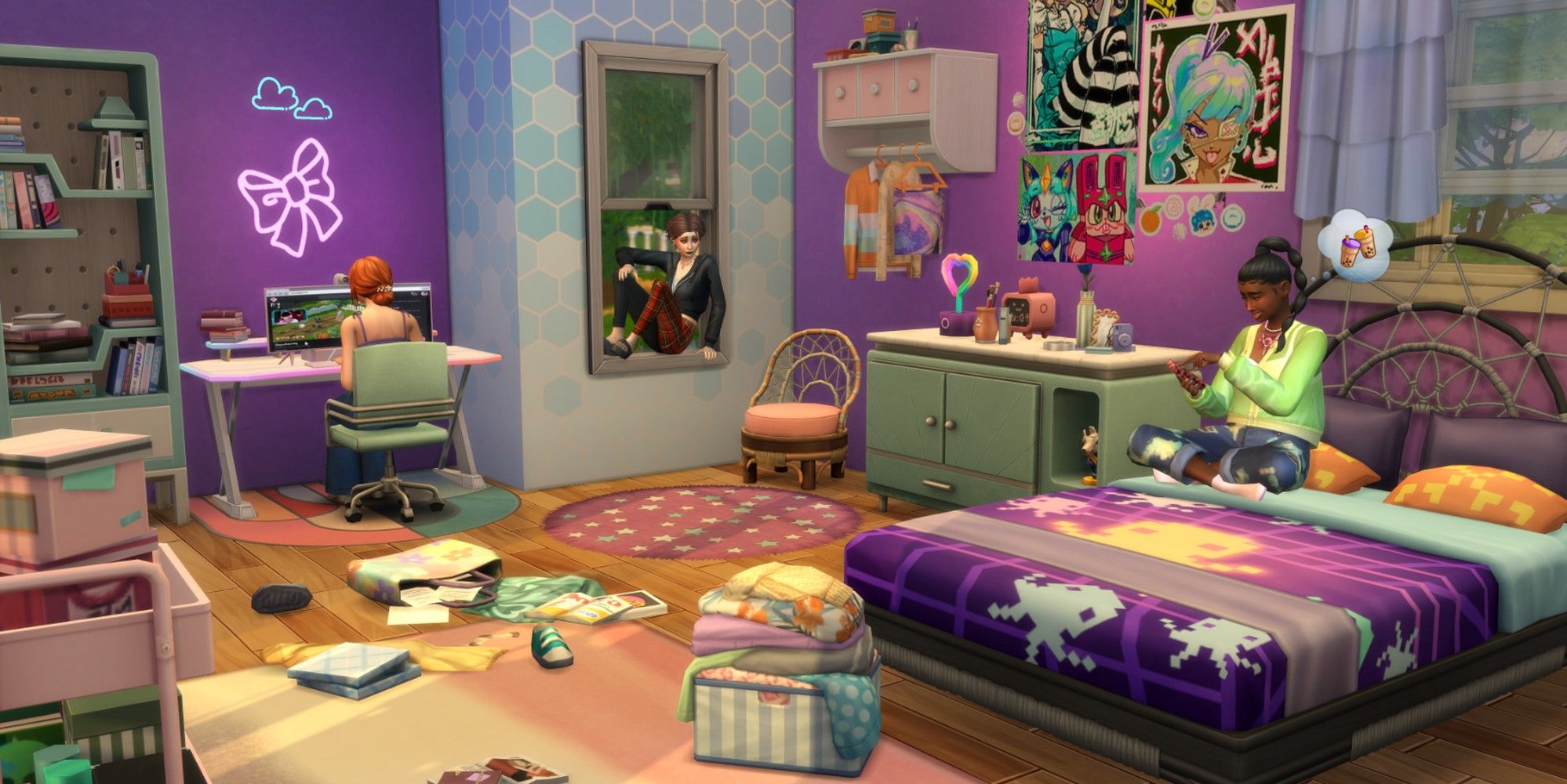 Then again, prom isn’t for everyone, in real life OR The Sims. If you’re playing a rebellious teen, an awkward one, or even if you’ve been through prom several times already with a family of teens and are just sort of over it, nothing says you have to go.

5 Dressing For The Event 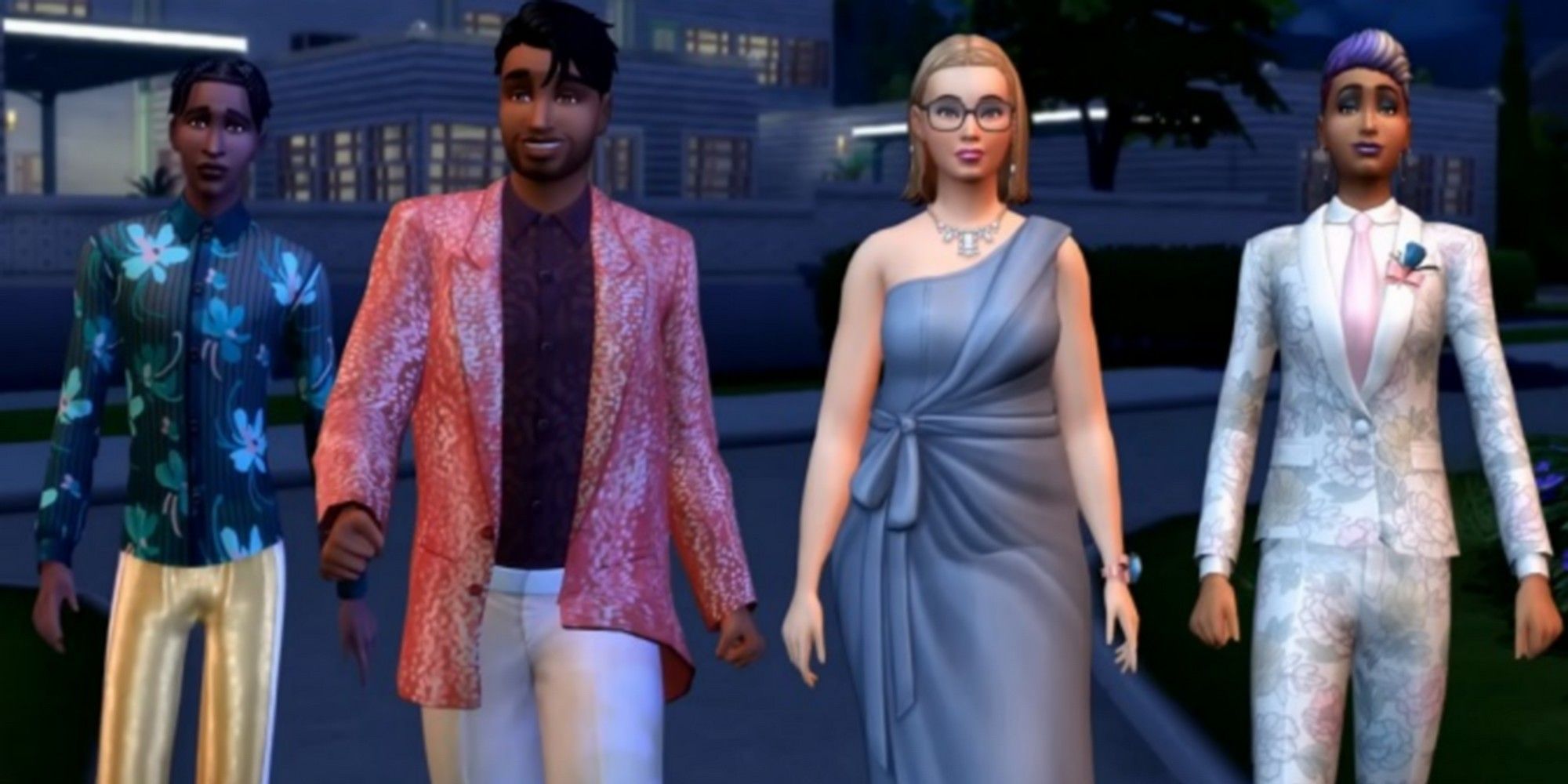 If you are going, then you ought to be prepared, as prom is always treated as a formal affair. Sure, it’s kind of amusing to see townie teens showing up in the game’s randomized hodgepodge of clothing in the “formal” category, but you’ve got free rein to dress your own Sim.

The pack itself came with a few new options for formalwear, mostly based on current prom attire trends, but any formalwear is acceptable. You’re even able to get corsages and boutonnieres to accessorize, too. 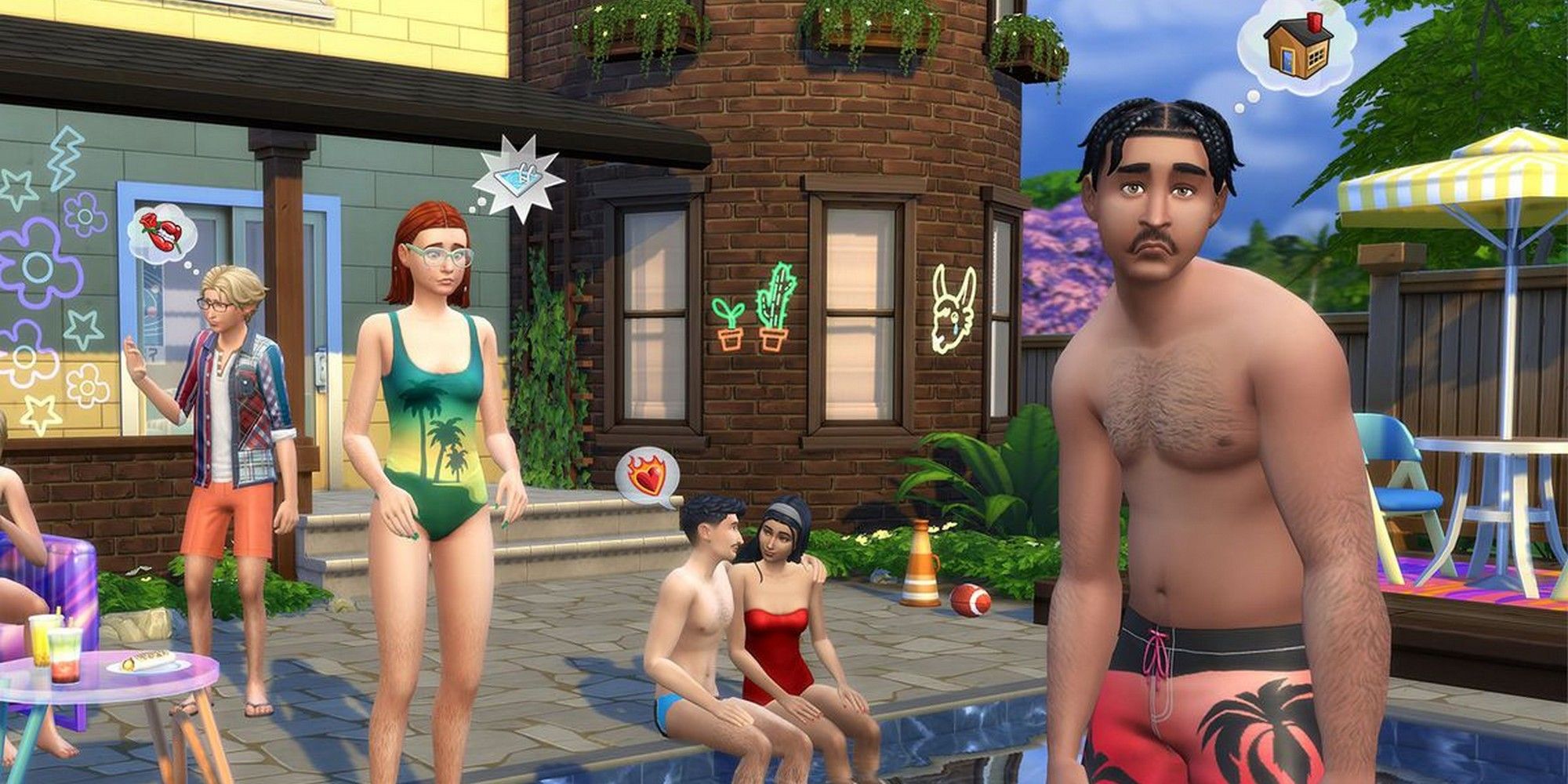 If your Sim has been busy making friends, then a couple of hours before the prom itself, one of them will call, bringing up a text box asking if you’d like to come to a pre-prom party with some of your pals. Accepting the invite will bring you to a different lot, which seems to typically be someone’s house.

This feels in line with real-life prom, since it’s something of a tradition for kids to gather beforehand to take photos in their formalwear before heading off to the event. It’s a fun chance to hang out with your friends and unwind before the big night. 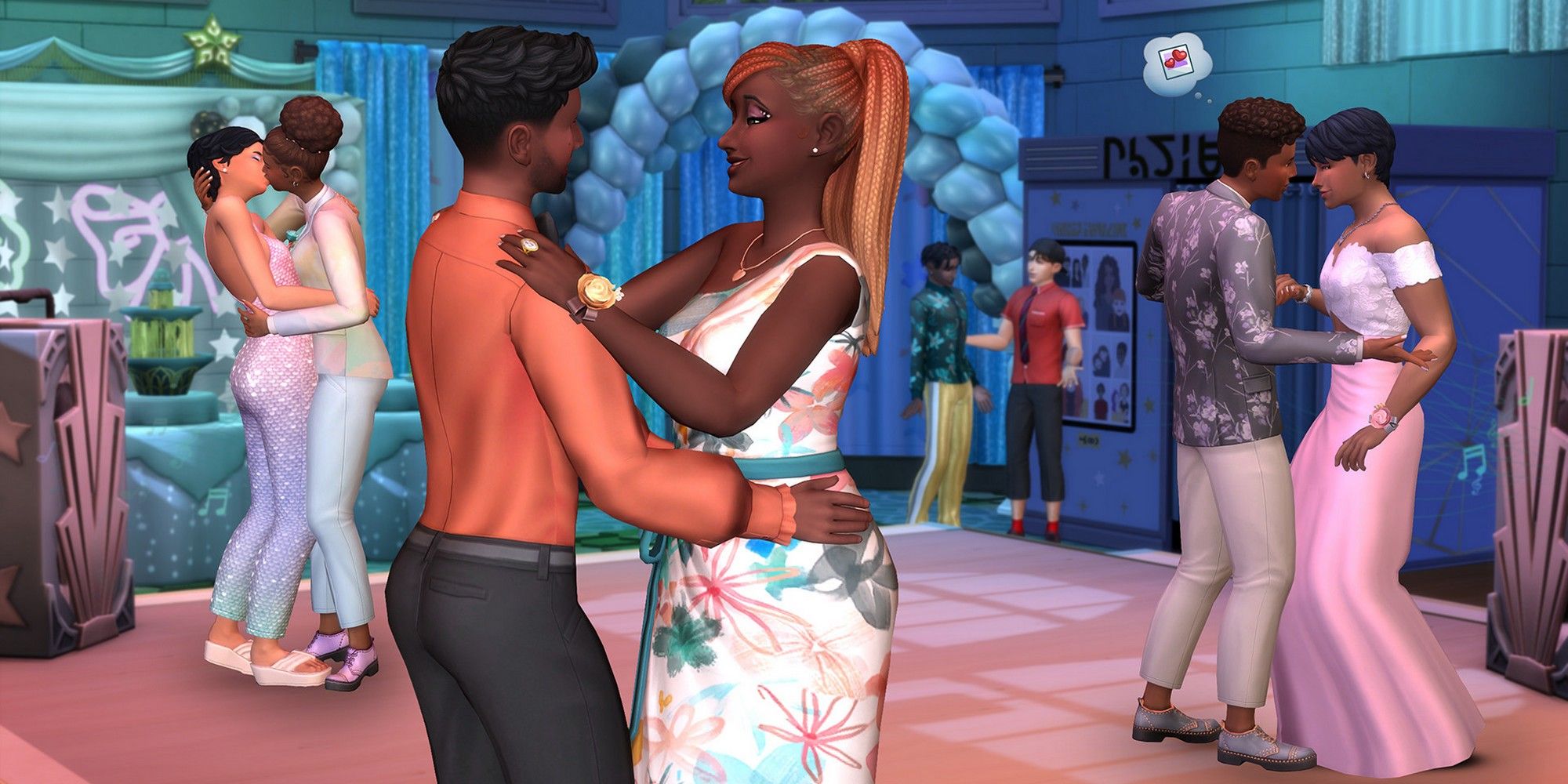 Finally, the moment you’ve been waiting for: prom itself. The event begins at 7PM most Saturday nights, and it’s a goaled event to help guide you through what you can do. There’s a lot of dancing and socializing to be done, just like in real life, but you’ve got other ways to keep busy, too.

There’ll be food and drink laid out that your Sim might want to sample, you can pose for photos either in the photo booth or in front of the prom backdrop, and teens attending prom together can even “Sweetheart Dance” during the event, which sees them slow-dancing on the dance floor.

2 Prom Court: Voting And Being Voted For 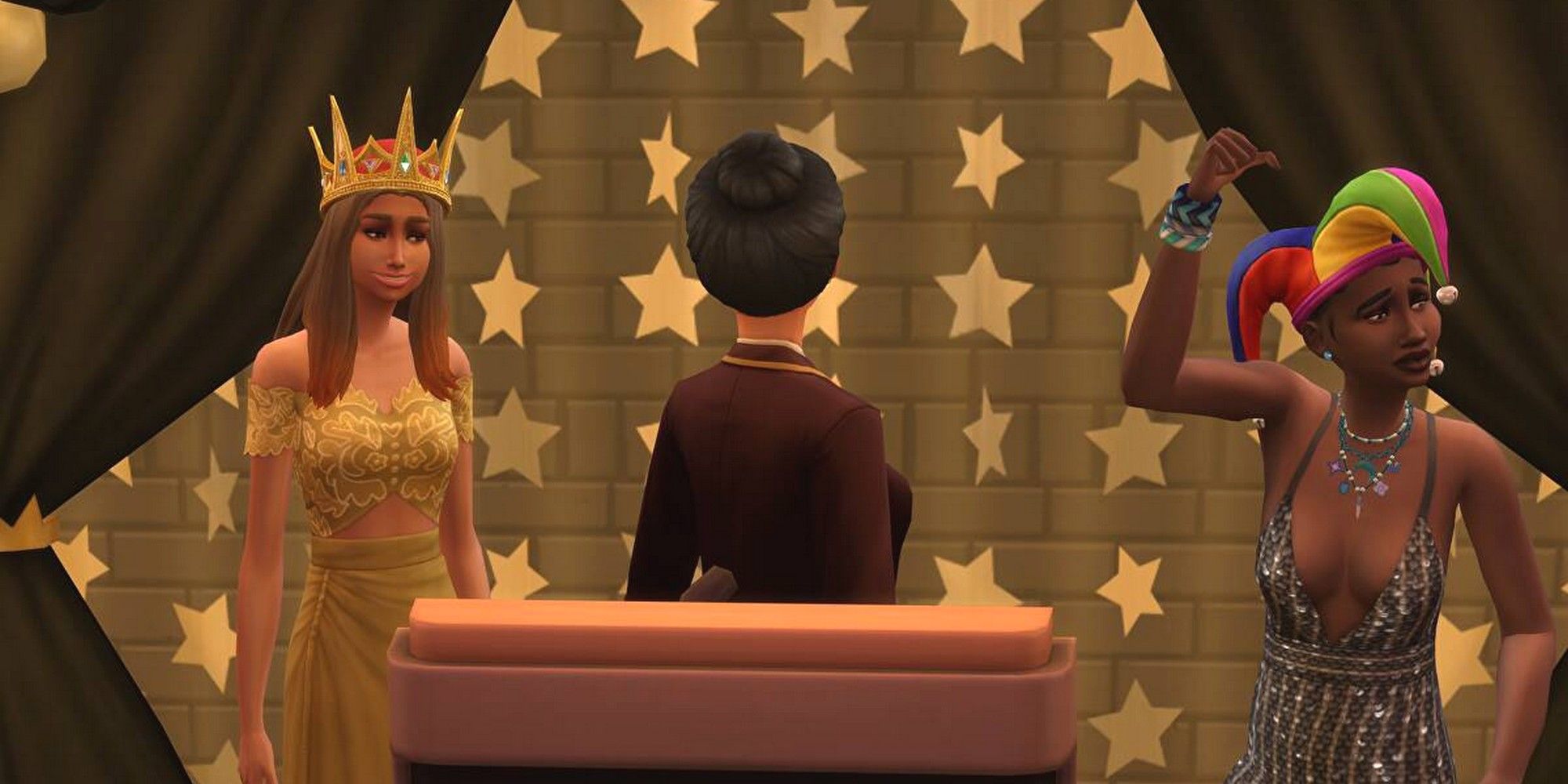 Voting for Prom Court is a longstanding tradition, and the system carried over into The Sims expansion, too. There’s a display where your Sim is able to vote for their peers to win either Prom Royalty or Prom Jester. Any Sims with the Admired Icon teen aspiration will really, really want to win this title themselves.

In order for your own Sim to be voted into one of the titles, you’ll need to already have finished the goals and gotten the prom to the golden reward benchmark. If you haven’t, the titles will go to someone else in attendance, usually whoever your Sim voted for if you did. Winning either title comes with its own crown, which will then be accessible to your whole family in Create-a-Sim once you’ve won it fair and square. 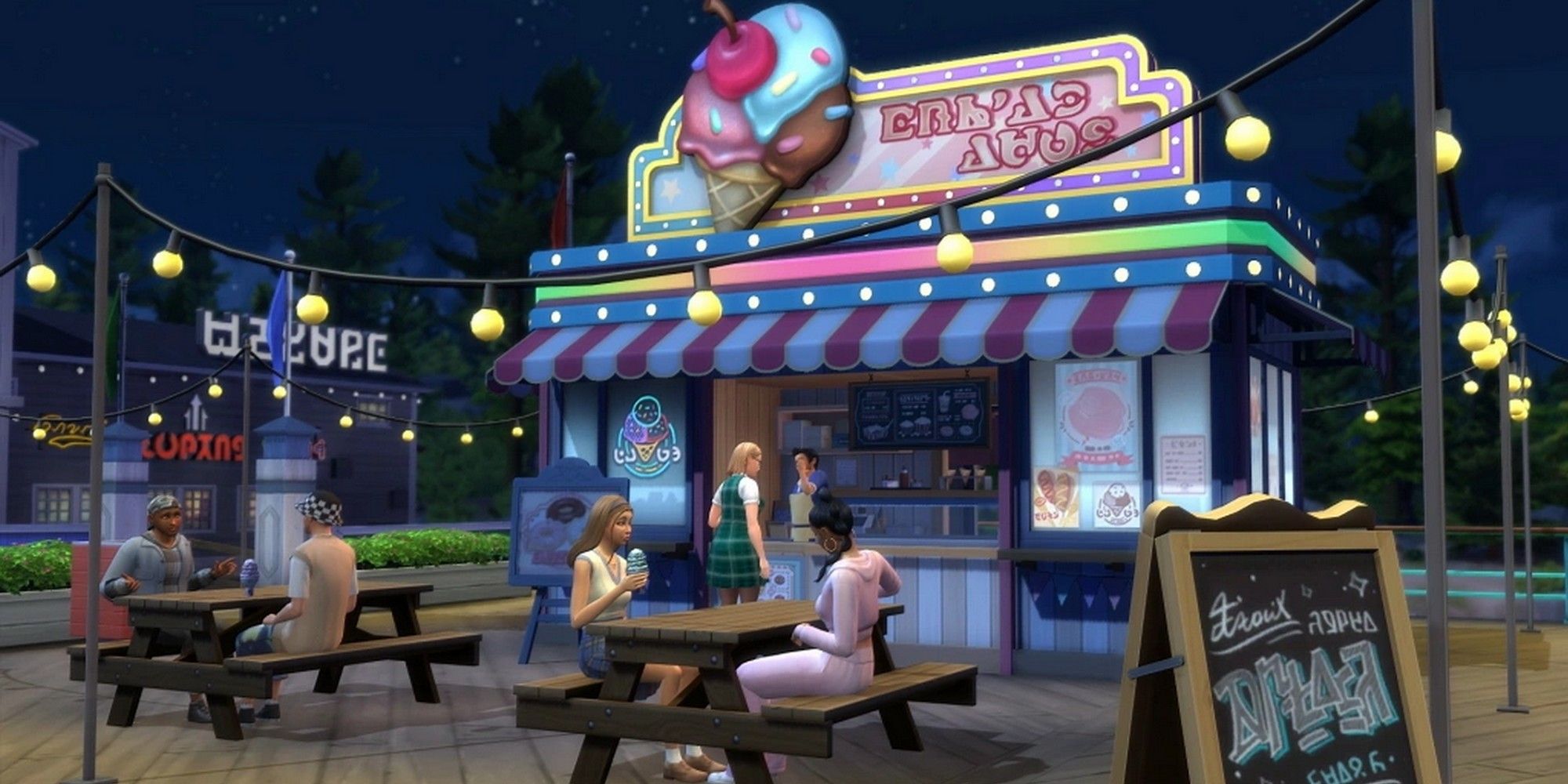 Just like in real life, Prom doesn’t always end when the school says it does, because your teen Sims can also be invited to afterparties as well. Prom ends at 11PM, and one of your Sim’s friends will typically appear in a pop-up, asking if you’d like to keep the party going. You can choose to attend alone and see who shows up, or bring friends along to ensure your date goes, too.

The afterparty will take place at Plumbite Pier, the boardwalk area in the Plumbite Cove neighborhood. Your Sim can ride the three carnival rides with their date and friends, sit down for some ice cream cones together overlooking Lake LaSuli, or use a photo booth to remember the night. Prom is considered over once you’ve arrived at the afterparty, but feel free to stick around the pier as long as you’d like with your friends to continue your own celebration.