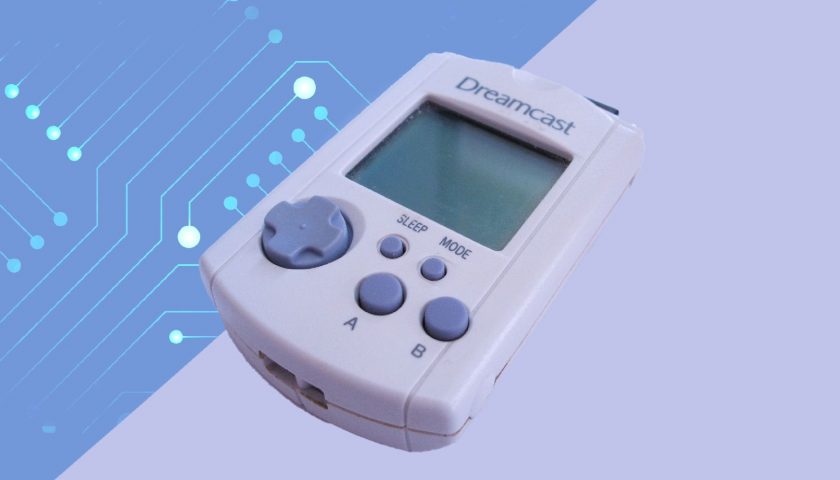 It may be close to 24 years since the Sega Dreamcast released, debuting at the end of November in Japan, but the final console for the veteran games company still inspires fond feelings. In fact there remains a sizable community of people dedicated to the Dreamcast, but one fan is intent on updating an iconic peripheral that showed how ahead of the times Sega was. That would be the virtual memory unit (VMU), which is being updated via a crowdfunding campaign.

The VMU was the Sega Dreamcast's memory card, but it had innovative features such as a screen that could show game info based on what you were playing, via a window on the console's controller, and you could even swap saves by connecting with another VMU. You could even play games on it since it had buttons and a D-pad. There hasn't really been a memory card like it since, and what with in-console storage nowadays it's likely we won't see something of its like again. But the VMU is coming back in a new form as the VMU2.

Dreamware Enterprises is developing a "next-gen VMU" that's intended to start shipping in summer 2023 (thanks The Verge and Notebookcheck). The proposed improvements include a higher res LCD screen, microSD card storage for offloading saves, a rechargeable battery with USB-C charging, and mini-game support. There's also firmware and software for the VM2 being developed by a sole individual named Chris Daioglou, and manufacture of the product is taking place in Greece.

The Indiegogo page shows the VM2 has blown through its funding goal, with a 119 percent backing that currently stands at £93,658. There's 17 days left for backing, although do take a moment to understand the ins and outs of crowdfunding projects on the platform. For Dreamcast veterans, you can also be reassured that existing VMUs should have no problems transferring data to the VMU2, according to the developer.

The VMU2 is priced at €115 (after a discount) or around £100, and is available in either white or black. Sega hasn't commented on the VMU2 crowdfunder but there shouldn't be any problems there.