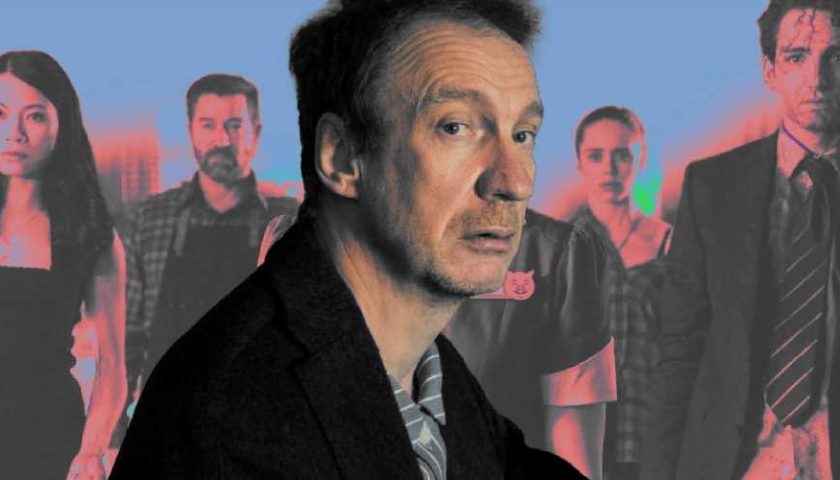 If you’ve been watching The Sandman, you’ll immediately know what this feature is about. The Netflix adaptation of the Neil Gaiman-penned comic mostly follows Morpheus, the Lord of Dreams, as he tries to repair The Dreaming, track down rogue Nightmares, and stop oblivion at the hands of an unsuspecting Vortex. But Dream doesn’t appear in episode five at all. This episode revolves around a man who has stolen a portion of Dream’s power, as he sits in a cantina.

The first thing that might cross your mind when you hear me talking about this is, “wait, you’re only on episode five?” I’m taking my time with the show, despite the fact that binge watching encourages the streaming service to give shows a second series. I’ve only watched two episodes of House of the Dragon so far, too. There’s just too much stuff to watch. That’s another story though. Much like episode five. Spoilers ahead, you have been warned. Although, for the aforementioned reasons I think I’m behind the curve with this one.

John Dee has escaped from the mental institution where he’s spent most of his life. In the DC comics, it’s Arkham Asylum, but in the show, it remains unnamed. He’s come into the possession of Dream’s ruby, a powerful artefact that makes all the bearer’s dreams come true. And John’s dream? For nobody to lie.

He heads to a diner to test his theory. Over the course of the hour-long episode, we don’t leave the location. Dream himself does not feature once, and neither do any of the other characters who we’ve seen up to this point, Dee obviously excepted. A driven CEO of a local company, Kate, is dining with her submissive husband, Gary. A young man, Mark, whiles away his time before an interview at the same company. The bartender Bette is an amateur fiction writer trying to console her friend Judy, who is torn up after hitting her girlfriend and ending their relationship.

He offers little commentary until the end of the episode, when he presents his treatise on human nature. He knew this would happen, or so he says, that humanity would rip itself apart without lies to hold it together. He’s a man who has been lied to his whole life. By his mother, by his prison guards, by everyone. It’s a powerful moment made more powerful by David Thewlis’ fantastic performance.

It’s a great episode of television, gripping you like no other in the series, or any other that I’ve watched recently, full stop. But you’d be foolish to reduce it to its plot beats. I love that The Sandman had the guts to take a whole episode away from the story to build its world and the characters within it. This episode shows humanity’s flaws, from John himself, revelling in the chaos, to the messy lives of the diner’s other patrons. This is something that Dream comes to terms with over the course of the series, while also acknowledging that he exists because of them. But most of all, this episode shows the power that Dream wields better than any other, and portrays a fraction of the devastation he could wreak, should he choose to.

The Sandman has dream palaces and golden dragons, but the most impressive worldbuilding of its huge fantasy universe occurs over 50 minutes in your average American diner.