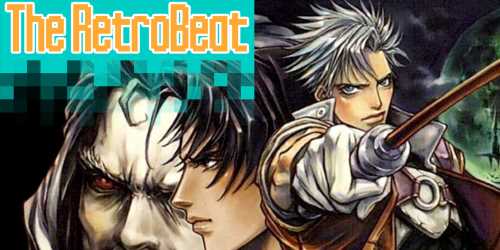 Castlevania: Circle of the Moon has had some ups and downs when it comes to public opinion. When it debuted as a launch title for the Game Boy Advance, it was one of the best-reviewed games ever. People were so happy to have another Castlevania game in that Symphony of the Night style.

But then its reputation declined. As we got five more Metroidvania-style Castlevania games on Game Boy Advance and Nintendo DS, Circle of the Moon began to feel a bit quaint and outdated to many. And then Castlevania producer Koji Igarashi famously stated that Circle of the Moon is no longer canon, which many took as a stamp of disapproval from the guy most heavily associated with the franchise. It gave people an excuse to discredit Circle of the Moon.

Now we have the Castlevania Advance Collection, which has given me a chance to replay Circle of the Moon for the first time in decades. You know what? This game is as good as everyone was saying back when it was new.

Sure, its graphical presentation isn’t as snappy as Symphony of the Night. You don’t have of those fancy PlayStation 3D effects. This castle and its enemies can sometimes look a bit simple. But Circle of the Moon still plays like a top-tier action sidescroller.

I also appreciate the game’s difficulty. A lot of the Metroidvania Castlevanias don’t offer a decent challenge. You can easily farm experience points and money, which you can then spend on a giant supply of health-refilling potions. That’s not the case in Circle of the Moon. There is no in-game shop, and potions are hard to come by. This means you have to depend more skill, timing, and smart magic usage to beat its challenging bosses, especially the brutal final fight with Dracula.

Speaking of magic, I love the card-based system here. Some monsters have a chance to drop a card which can belong into one of two categories. You then pick one card from each deck, and this will give you a different spell or effect. It could make fireballs spin around your character, or it could let you regenerate health while you’re standing still. There are a lot of different card combinations to experiment with.

There’s also a simplicity to Circle of the Moon that I find endearing. The plot is barebones. Dracula is back, now go stop him (and save your mentor). The castle doesn’t have many gimmicks like, like Harmony of Dissonance’s two-layered map. This just feels like a quintessential, fast-paced Castlevania experience.

Oh, and the soundtrack is incredible. And since we no longer have to deal with the GBA’s notorious sound suppression, it sounds better than ever in this port.

I’ve seen some people on Twitter say that Aria of Sorrow is the only game worth playing in the Castlevania Advance Collection. I couldn’t disagree more. I’ll talk about Harmony of Dissonance another time, but both it and Circle of the Moon still remain top-tier Metroidvanias. Maybe neither of them are the best in their series, but I’m not sure how you could entirely discount them as subpar offerings.

Now I am excited to try out Aria of Sorrow for the first time in years. Of course, now it has to wait until I beat Metroid Dread. It sure is a nice time for Metroidvania fans.

The RetroBeat is a weekly column that looks at gaming’s past, diving into classics, new retro titles, or looking at how old favorites — and their design techniques — inspire today’s market and experiences. If you have any retro-themed projects or scoops you’d like to send my way, please contact me.