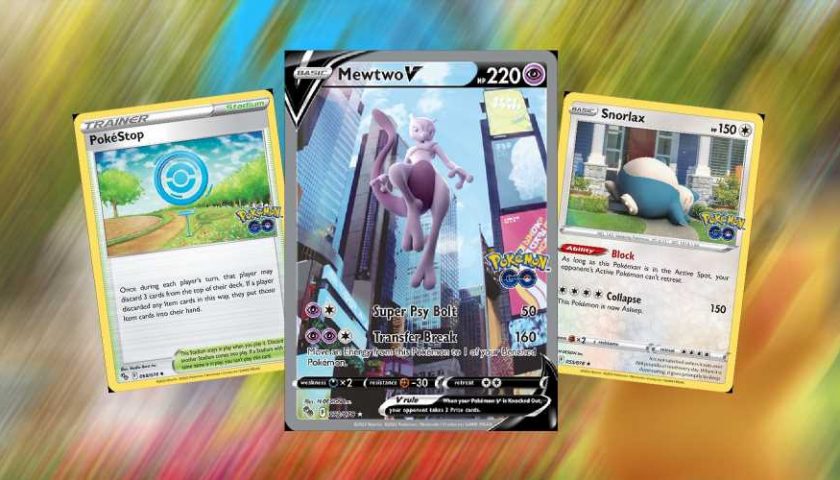 Pokemon Go Trading Cards are a great idea. Adding them into the regular Pokemon TCG is an even better idea. Everyone loves trading cards, but fewer people will pick up an entirely new game or set of collectibles than will continue their existing collection. Many, like me, are fair weather TCG players who have one deck that they sporadically update and play a couple of games with, but otherwise just collect cool cards that speak to them. The Sword & Shield Jolteon V was one of those for me, and I thought the Pokemon Go set would bring even more coveted cards to keep in my binder.

However, as you probably guessed from the title of this article, I’m gravely disappointed. Not by the mechanics – as I said, I’m a very casual player – because most of them haven’t been revealed, other than the Ditto-sticker thing that doesn’t impact gameplay much. It’s the designs of the cards themselves that are lacklustre. This expansion was an opportunity to create some of the most fun card designs that the Pokemon TCG has ever seen, but the cards revealed so far have been derivative and, I’m sorry to say it, mostly boring.

I’ll start with the positives. The Pokemon Company clearly knows what people want from these, hence it includes Mewtwo, Charizard, Pikachu, Eevee, and Snorlax. Look at the art for these cards, and you can see the Pokemon transplanted into the real world just like when you take an AR photo in Go. Pikachu is just chilling in the cross-promotional cap that we’ll undoubtedly catch far too many of in Go, and there's another walking by its trainer in a real-life setting. Eevee is sitting politely on its trainer's bed and Snorlax is asleep on someone’s porch, the silly bastard! 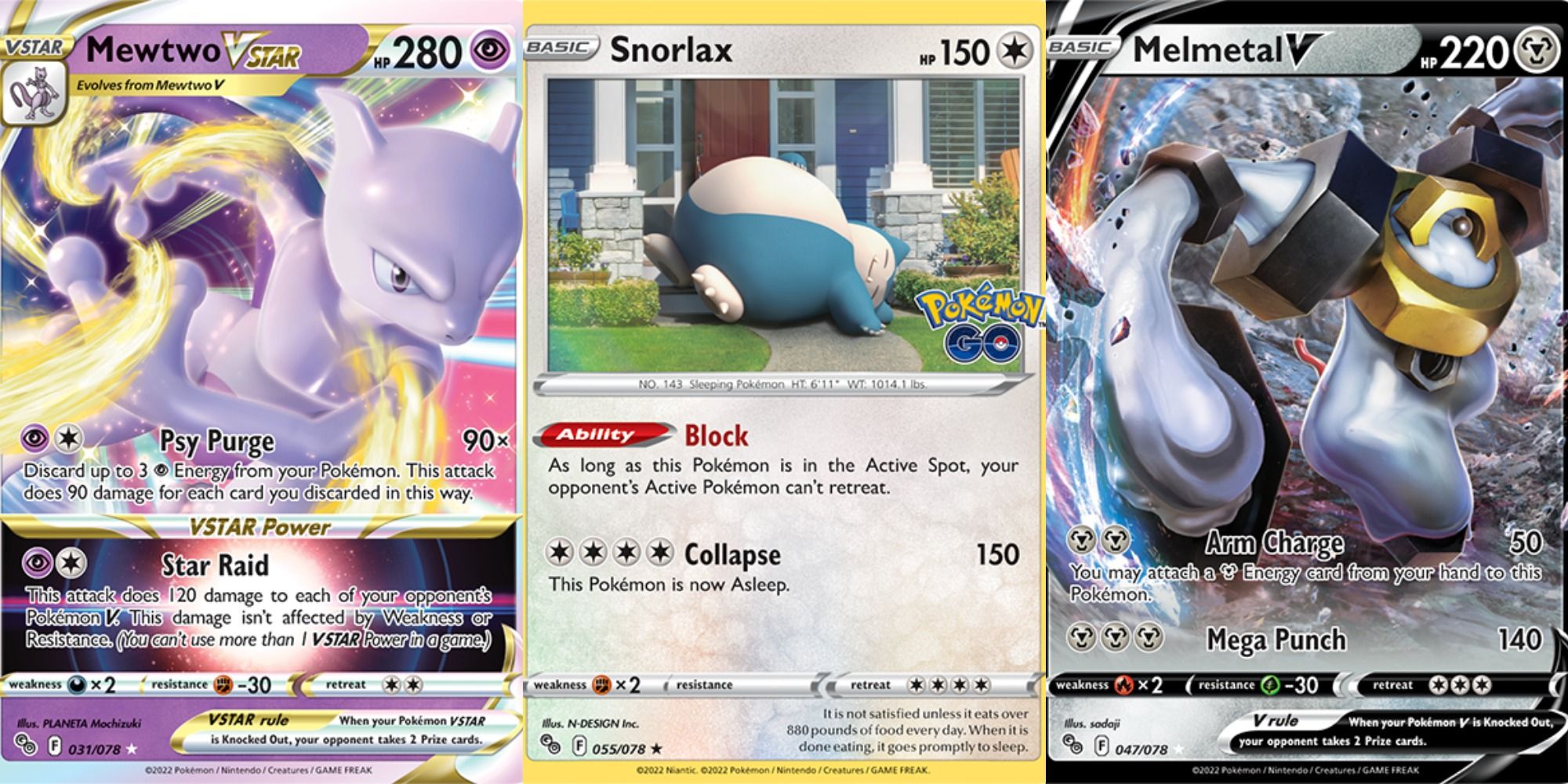 Charizard and Mewtwo, however, look even better. Mewtwo is hovering in a city centre, looking like the menacing raid boss we saw in the very first Pokemon Go trailer over six years ago. It’s not dissimilar to a scene in Detective Pikachu, either, and the art cleverly makes Pokemon Go raids feel more like they’re happening in reality, rather than in a weird Gym void on your screen. Charizard is similarly climactic, showing everyone’s favourite orange lizard swooping between skyscrapers like it’s doing an Iron Man impression. These cards, along with Snorlax, do a great job of illustrating the Go experience – the experience we have in our heads as we play, that grabbed millions of people in 2016, and that makes us feel like IRL Pokemon trainers to this day.

Other Pokemon TCG expansions are vaguely based on the main series games, and thus the settings and backgrounds of the cards are in fictional places – for instance, Astral Radiance is set in Legends: Arceus’ Hisui. But the use of realistic city backgrounds in these few cards cleverly twists the formula, and has a bit of fun with the concept of Pokemon inhabiting the real world. However, aside from these four cards, the rest of the set is dull.

The rest of the revealed cards just look, well, normal. They’re regular Pokemon cards with the Pokemon Go label stamped on them. I wouldn’t mind – every expansion needs its commons – but next to the likes of Mewtwo and Charizard, they look pretty boring. Would it have hurt to go all out and give the full set IRL artworks? 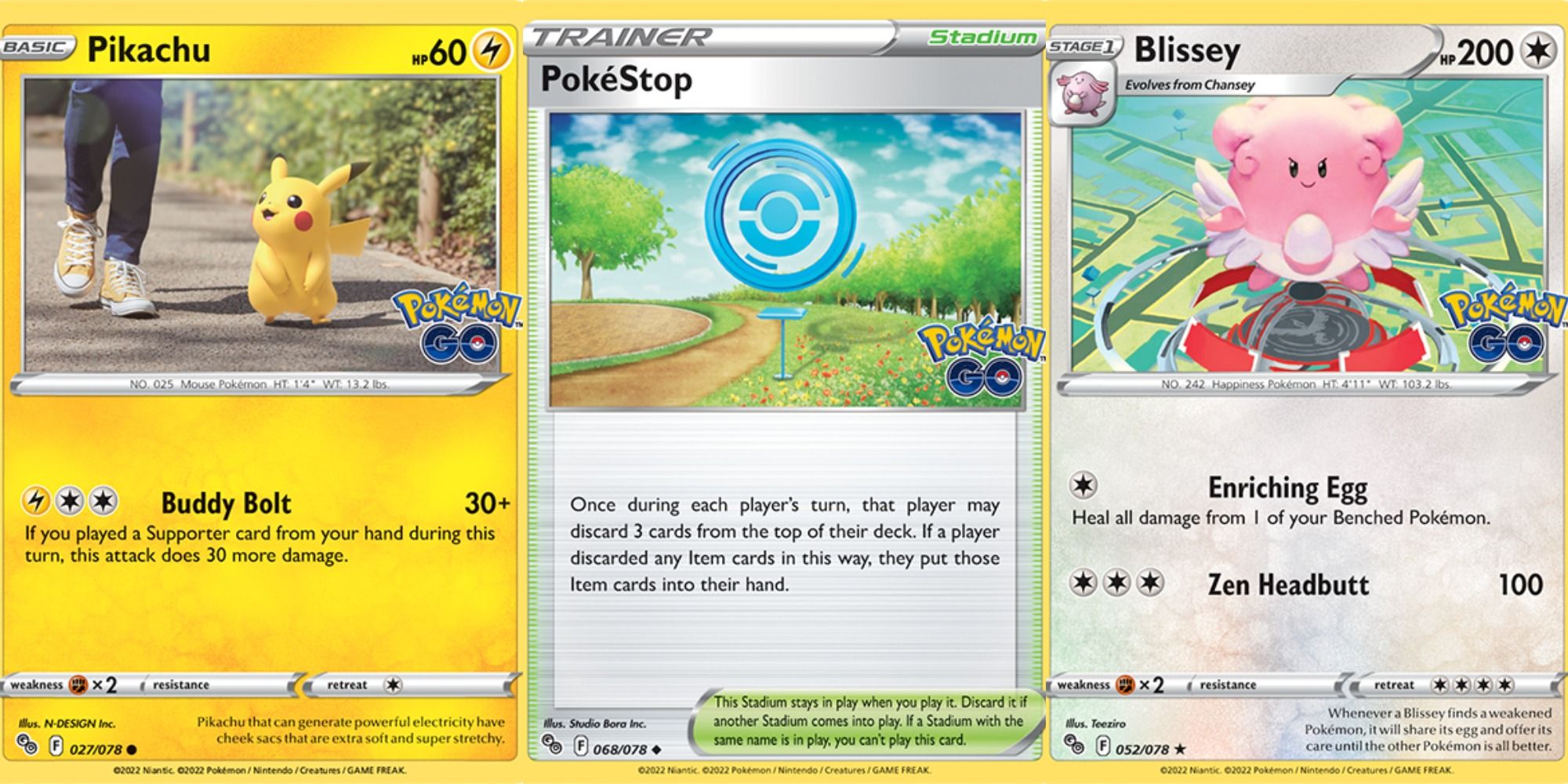 It’s not just the Pokemon, either. There’s a PokeStop trainer card, but it doesn’t look like it’s from the real world: it’s just standing in an illustration, much like the ones you see on your map in Pokemon Go. Imagine if this had been in front of an IRL landmark, or a made-up landmark illustrated in a realistic style? Where’s the fun of Charizard swooping through the skies of my city? Where’s the whimsy of Snorlax sleeping on my porch?

Don’t even get me started on the Radiant cards. I get that each set needs its gimmick, or to at least continue the last gimmick, but the Radiant cards don’t make a shred of sense. Okay, I’m getting started. I did warn you. Radiant cards are fully-evolved Pokemon that count as Basics. They’ve got buffed stats, new abilities, and devastating attacks, but you’re only allowed one in your deck. They also look awful. Everyone loves a shiny Pokemon, but the backgrounds are just weird abstract squiggles. It’s not a terrible idea, my question is just: why focus on them here? Why in the Pokemon Go expansion, when cards could be – and should be – out in the wild, do we have cards designed in a polar opposite manner as the flagships, the chase cards?

Radiant Pokemon were introduced in Astral Radiance (outside of Japan, at least), but the Pokemon Go expansion was the perfect opportunity for a new mechanic. Why couldn’t we have raid bosses in the TCG? It’s a ready-made opportunity for some buffed up cards, and we could even have kaiju-esque art of the giant bosses destroying cities and causing havoc.

The Pokemon Go TCG should have stuck to its IRL theme and made a set of cards that really represented what it feels like to play Go. Imagine if we had a Tyranitar towering over the Statue of Liberty? A Rockruff playing in someone’s garden? A Machamp helping out on a building site, hard hat and all? Perhaps I’m being unrealistic, and perhaps the rest of the set will prove me wrong, but the Pokemon Go TCG expansion should have leaned much further into the IRL art style, and created a fun, unique collection of cards as a result.