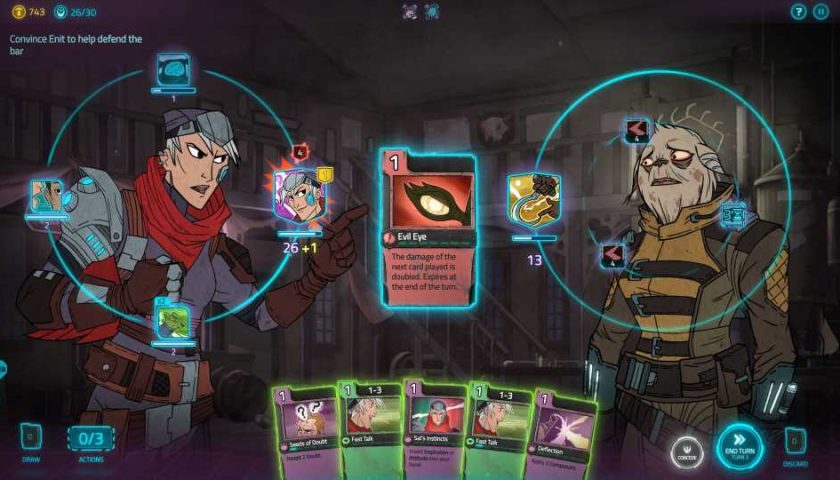 Griftlands is a ridiculously good video game. After a long stint in Early Access, Klei's stylish roguelike/deck builder mash-up launched for real in 2021 and emerged as one of the best games of the year. Not enough people played it, though. I remember reading a whole bunch of GOTY lists and being disappointed that more people didn't mention it. But that's besides the point. I love Klei because it has this incredible knack for taking an established, popular genre and making its own idiosyncratic mark on it. 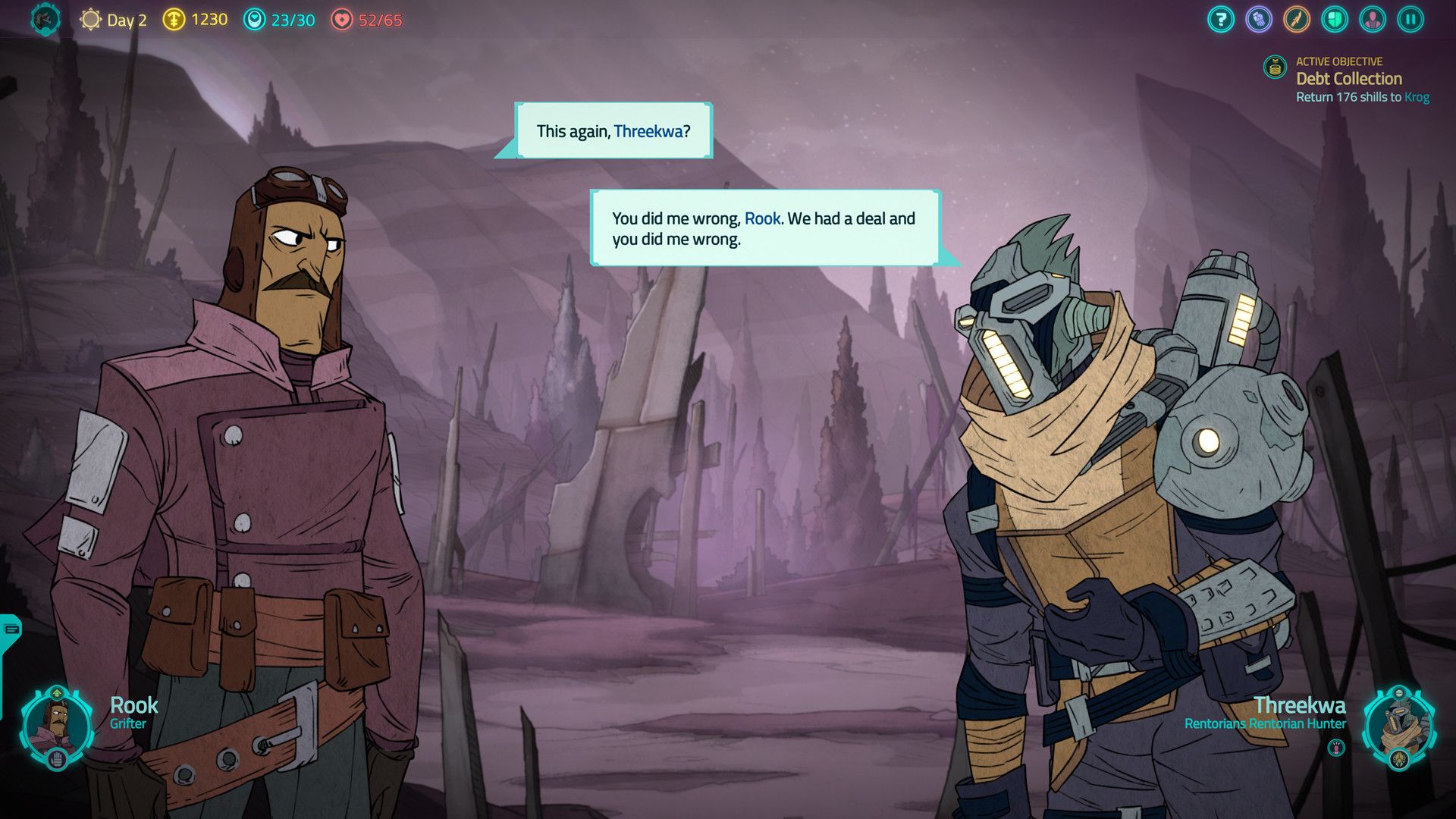 Griftlands is a sci-fi game set in a grimy galactic backwater that owes a lot to Star Wars' lawless Outer Rim. It's the forgotten, unloved arse-end of the galaxy: a harsh, unfriendly outer space Wild West where mercenaries, scavengers, hustlers, gangsters, cultists, and other unsavoury folk congregate. There are three very different playable characters, each with their own unique perspective, motivation, and personality.

Sal is a bounty hunter searching for a crime lord who sold her into slavery. Rook is an ex-soldier working undercover while monitoring a tense dispute between two warring factions. Smith is an amphibious alien and drunken waster who has been denied an inheritance he feels he's owed. They're all interesting, nuanced people with flaws, quirks, and foibles that are brought to life by the game's witty, sharp dialogue. It's snappy and fast-paced, capturing the flow of a real conversation in a way most games don't.

Storytelling is Griftlands' greatest strength. As you establish yourself as a grifter–a freelance mercenary for hire, essentially–you form relationships with the colourful, eccentric characters you meet along the way. These can be positive or negative, and in each run you leave a trail of both helpful friends and bitter enemies in your wake. This is a game where the things you do and say, even if they seem innocuous, can ripple through the entire plot—and come back to bite you in the ass if you aren't careful. 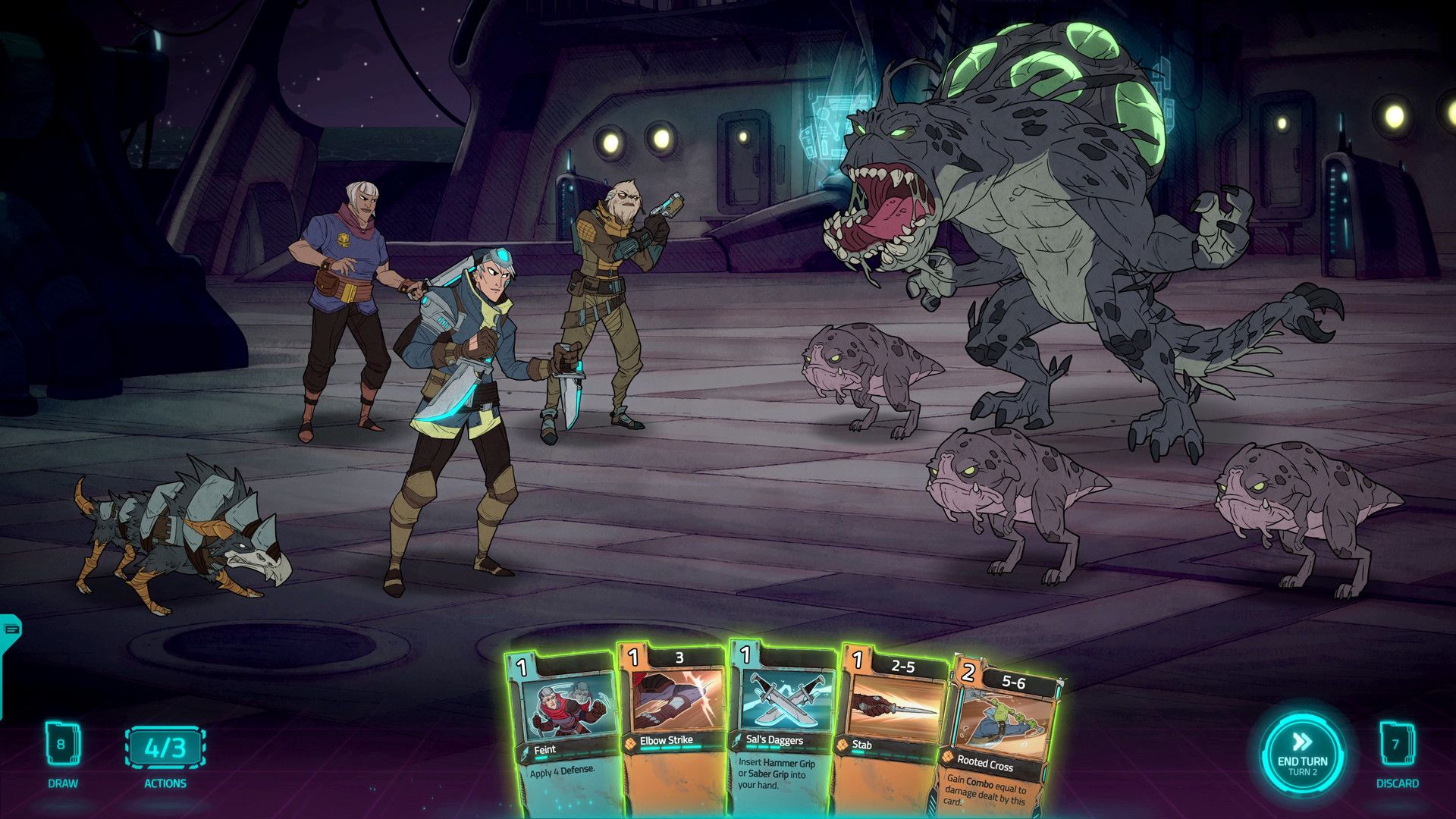 Forgive a debt, rescue someone from space pirates, or lend a sad soul a sympathetic ear and you'll be rewarded with buffs, extra cards, or your new pal turning up in a tight spot to help you in battle. But if you disrespect people, hurt someone close to them, or work with a rival faction, you might end up with a debuff or being denied help when your life's on the line. Building and managing this increasingly complex web of interpersonal relationships makes Griftlands' story hugely compelling and excitingly dynamic.

Things get even more interesting when a negotiation is triggered. These tense, knife-edge conversations might involve talking someone around to your way of thinking, getting them to do something they really don't want to, or sweet-talking your way out of a fight. Your opponent mounts a defence in the form of arguments, which you attack by playing special cards from your deck. These include Browbeat, Keep Cool, Hard Facts, Entrapment, Threaten, Duplicity, and Back Pedal—cleverly evoking the back-and-forth of a heated debate where both parties are fundamentally at odds.

As you chip away at your opponent's defences, their core argument gradually falls apart until (if you win) they give up and reluctantly agree to your terms. Applying the flow and rhythm of a card battler to a conversation is such a cool idea, and I'd love to see more games steal it. Real debates are about more than just saying the right thing—body language, confidence, thinking fast on your feet, and backing your opponents into a corner are arguably more important, which Griftlands' cards simulate brilliantly. 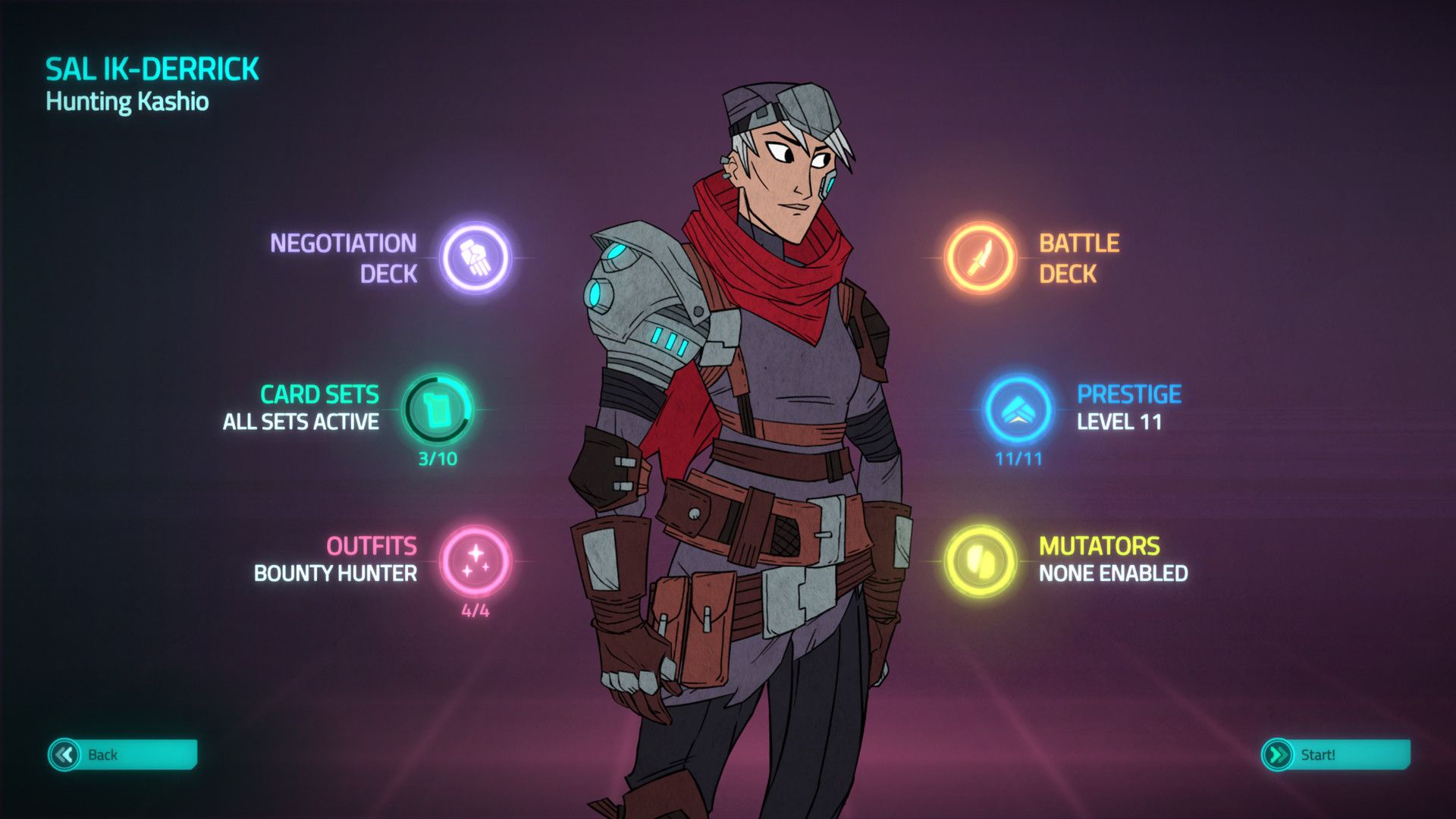 In most games, just picking the correct branching dialogue option is enough to get what you want. Griftlands goes much deeper, and its conversations are all the richer for it. It's one of the best story-driven games I've ever played, and I hope other developers have been paying attention. The bold, vibrant character art, imaginative world-building, atmospheric hand-painted backgrounds, and replayable roguelike structure only add to its brilliance. I've said it before, but I'll say it again: go play Griftlands. Now.