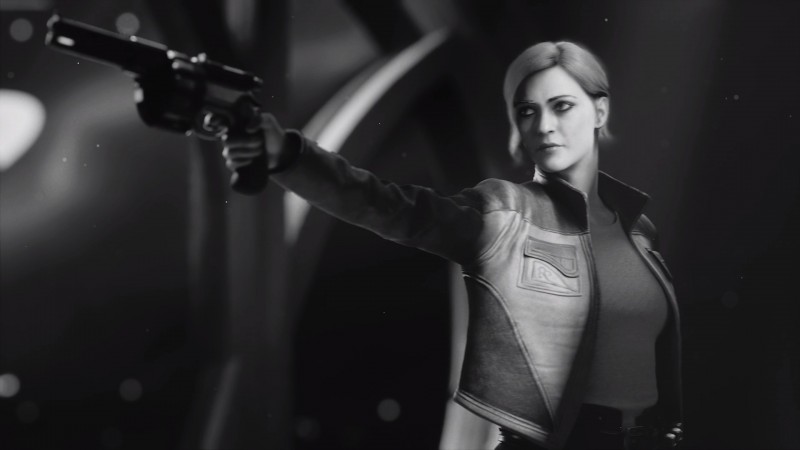 The final The Outer Worlds DLC has been revealed with a satirical murder mystery on Eridanos. The final adventure is a massive pivot from the Peril Of Gorgon DLC, instead, Murder On Eridanos takes the game back to more light-hearted times. If you ignore the murder, the mystery, and creepy parasites.

“Pour yourself a bowl of Purpleberry Crunch and grab a glass of the triple-distilled deliciousness of Rizzo’s Spectrum Brown Vodka, because the next week’s aetherwave serial of Murder on Eridanos is going to be a doozy,” says Obsidian Entertainment about the latest expansion. A popular star has been slain and it’s up to the player to become an investigator and take to the case like the professional they are. Shift through the suspects, find out who is guilty, and then nail them to the wall. Or arrest them. That works too.

The new DLC arrives soon, dropping on March 17 for PlayStation, Xbox, and PC. The bad news? This is the final DLC and the adventure in Outer Worlds comes to a close.

Haven’t checked out The Outer Worlds yet? If you liked Fallout: New Vegas, you should give it a look. It’s made by the same team and definitely feels incredibly familiar for those that took to that particular wasteland. Our own Joe Juba gave the base title a 9.25 in his review, saying “Even if the larger beats don’t always land, The Outer Worlds shines with a constant stream of small, bright moments. An amusing interaction with a clueless guard. A sugary corporate jingle. A brutal sneak attack. A solution to a problem you are sure won’t work, but it does. The team at Obsidian excels at encouraging creative experimentation within its responsive and absurd setting, ensuring that every visit to Halcyon is full of delightful surprises.”

Are you excited to solve a mystery with Murder on Eridanos in The Outer Worlds? Sound off with your thoughts in the comment section below!