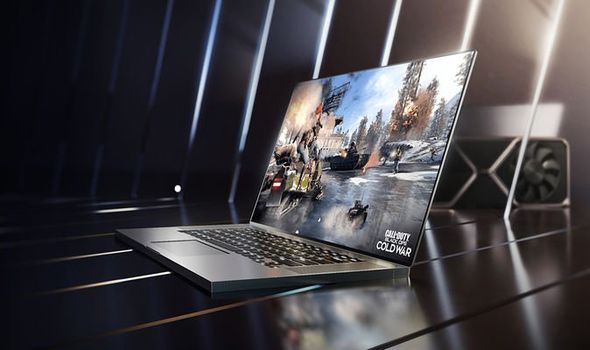 There are many gamers out there who are ready to upgrade from their current platforms and setups, but deciding on your next platform can be tricky, and with the price of PC hardware remaining in flux, expensive too.

The cheapest solution is to buy a PS5 or Xbox Series, with both retailing below the cost of the leading gaming rigs. They come with exclusive titles and are part of a much wider community with access to crossplay and other leading features.

However, supply issues keep them off shelves, and many fans are ready to drop their PS4 and Xbox One consoles and change to something more powerful.

The next step for many would be buying a PC and checking out all the games and franchises that have not made it to consoles. The benefit of having a PC setup is that you can continually upgrade your experience so that you don’t get left behind.

But with prices remaining high and supply very low of the best and most popular hardware, many gamers feel like they can’t afford to make the leap.

The good news is that alternatives could help those who want to give PC gaming a go but don’t have the cash to spend on the fanciest setups.

And this is where the new range of RTX gaming laptops from Nvidia and its partners come in, providing a different route to expanding your Steam or Epic Games Store libraries.

When they were first announced in 2021, these laptops stood out from the already crowded field with one massive selling point – they were powered by the GeForce RTX 30 Series.

The other big news attached to them was the price, with Nividia confirming that some setups would retail for as little as $799.

Gaming laptops have been around for a while now and come with their pros and cons. The big pluses are some of the ones listed above, while the cons are well-known.

Gaming Laptops provide a way to play games while on the move, but they are usually held up by the hardware they include.

They also suffer from limited battery life, screens that quickly fall behind in quality, heat issues and no upgrade options like traditional PCs.

But having spent time with the new RTX Laptops – including the MSI GF65 Thin 15.6″ Gaming Laptop – the pitch Nvidia made earlier this year makes total sense.

For anyone who is looking to dive in without dropping a lot of cash, these RTX machines could prove the perfect solution.

While they don’t include 4K screens and the highest hardware specs, they do boast some of the most attractive graphical settings available on laptops.

Not only can you buy a device powered by Nvidia RTX, but they also support top features like Ray-Tracing, DLSS and Nvidia Reflex.

The platforms, many based on the new GeForce RTX 3050 Ti and 3050 Laptop GPUs, bring NVIDIA’s Ampere architecture with dedicated RT and Tensor Cores to the most mainstream audience yet, and expand the number of RTX 30 Series laptops to more than 140.

For those who might not have used it before, DLSS is the shortened term used for Deep Learning Super Sampling.

DLSS is used to boost frame rates and improve other areas of games, maximising graphics settings and resolution.

It’s a great option to have, and while it’s not available in every game, most of the biggest launches come with support.

My experience with using DLSS was incredibly positive and helped run challenging titles like Red Dead Redemption 2 in the best way possible.

While I didn’t bother running everything at ultra settings, having the support of DLSS and Ray-Tracing within the MSI GF65 Thin 15.6″ Gaming Laptop provided a balanced experience between a reasonable frame rate and excellent fidelity.

Ray-Tracing is another brilliant option to run while playing the newest games that help transform how gaming looks and feels.

Minecraft is one of the games that sees the most significant effects from using the technology, and having fitted as a standard part of your laptop experience seems like a no-brainer in 2021.

But there are other concerns regarding using a laptop like the MSI GF65 Thin 15.6″ that should be considered.

One big issue with using a laptop for gaming is the heat issues that can arise. There is no point in having fancy pants features if it sends temperatures through the roof and ends with a laptop shutting down to avoid terrible damage.

The good news is that while the MSI GF65 Thin 15.6″ Gaming Laptop picked up heat during sessions, it never hit those danger levels.

Indeed, some gamers were harder on the internals than others, with Call of Duty Warzone providing some of the most challenging running heat for the laptop.

But when it came to performance, it was perfect for what you need to play a successful match.

The screen supports the highest frame rates, and due to the tech used to boost this and help with latency, you have a version of Warzone that looks good and runs very well.

Some will want a bigger screen to try and win around Verdansk, but it includes everything needed to have the best chance at final circle success.

Another thing to note here while playing games using battery power is that performance might be lower, and the usage will likely mean you can only play for a few hours tops.

The good news is that I never hard to stop due to issues or warnings, and that’s a massive win for those thinking about picking one up.

And it should also be noted that while DLSS and Ray-Tracing will not reduce heat while running this tech, it will use everything as efficiently as possible.

The other thing to note is that as long as a game supports DLSS, you will never miss out on having that feature on your laptop.

Hardware will continue to march on and provide more impressive experiences, but keeping up costs large sums and can be hard to justify for many.

However, picking something like the MSI GF65 Thin 15.6″ Gaming Laptop is a great way to start experiencing the world of PC gaming.

It costs quite a bit more than a PS5 or Xbox Series X, even with factoring in the price of a television.

But while a console is very limited in its function scope – a set-top box or a gaming unit – laptops like the MSI GF65 are much more versatile.

Not only does the Nvidia technology included help with gaming, but it also benefits other software used for work processes too.

Buying a decent laptop for work and casual use will cost around 300.00, so it will always be worth considering combining your needs into one impressive PC starter package.

Some of the most important specifications can be found listed below: