The board game adaptation of Frank Herbert’s Dune, first published 40 years ago and long out of print, is back. Publisher Gale Force Nine (GF9) says that this is just the beginning of its newly-forged partnership with the Herbert estate.

Originally titled Frank Herbert’s Dune, the game was first published by The Avalon Hill Game Company in 1979. It’s widely considered a classic, and was a personal favorite of GF9 head honcho, Peter Simunovich. An early prototype of the classic strategy game was even on display at this year’s Gen Con, the nation’s largest tabletop gaming convention.

“As Peter will tell you,” said GF9’s John Matthews, “‘I’ve played 500 games of this!’ And you know, he might not be wrong. He might actually have played 5,000! It pretty much seems that’s all he did through university was play Dune.

“But he just loved the classic game. So he said, ‘Why don’t we just bring the classic game out together?’ So we went, asked [the Herbert estate]. And they were like, ‘Well yeah, we’d love to see it out.’” 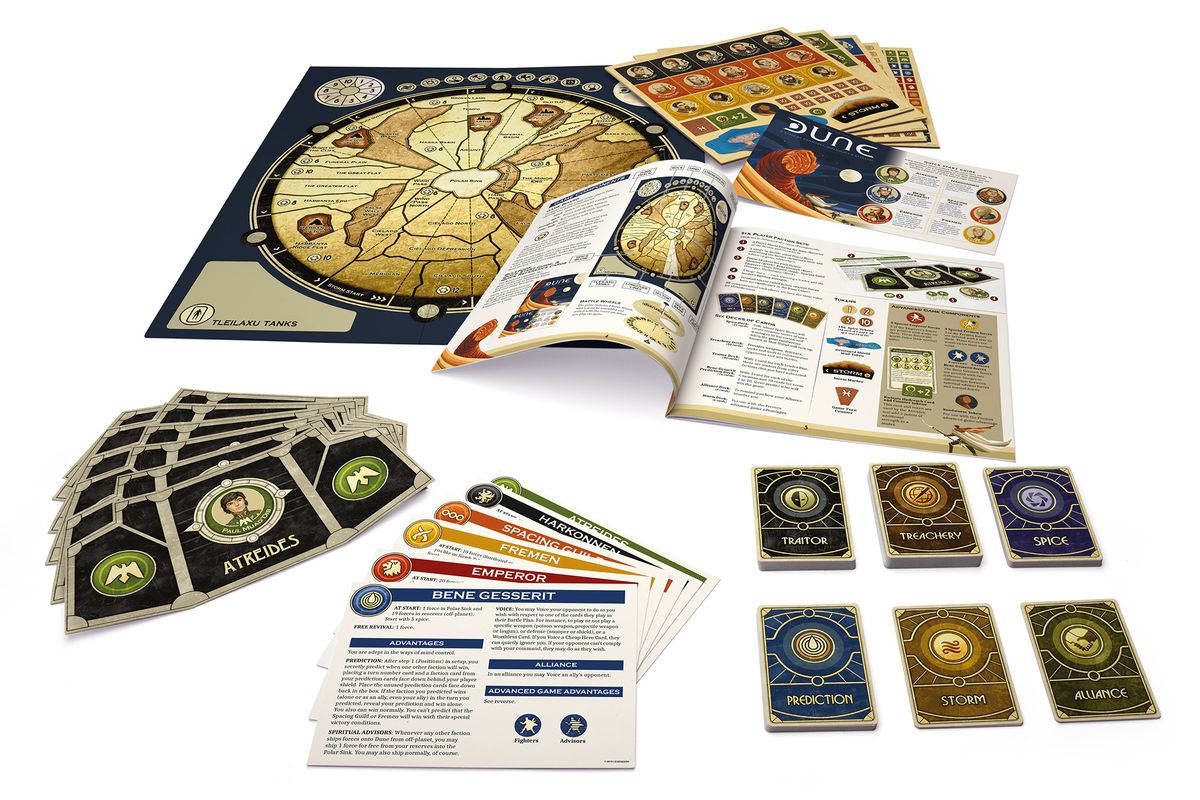 In Dune, players take on the role of iconic characters from the 1965 novel, including Paul Atreides, Baron Vladimir Harkonnen, and Emperor Shaddam IV. But each player at the table plays by a slightly different set of rules, including those governing how their units spawn onto the battlefield, move, and fight.

Alliances are encouraged, and in a way formalized, in the course of each game turn. Open bribery is also encouraged. Most unusual of all, players secretly wager a number of units each time a battle takes place. At the end of combat, all units wagered in this way are lost, turning every fight into a grisly battle of attrition. To win, you must make plans within plans. 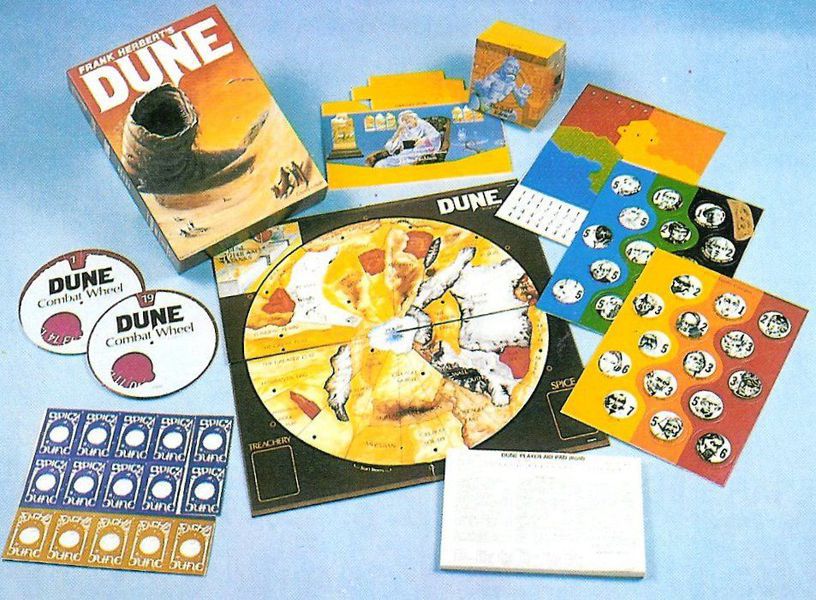 The system was so highly regarded that a community of fans has grown up around it online, collecting and trading copies and ephemera related to the board game. Multiple artists and graphic designers have even tried their hand at reimagining the game’s original art style.

Using one of those fan-made designs, I actually made my own copy of the game back in 2012. The year-long process cost me more than $300.

Sadly, that version of the game — which you can see in the image at the top of this article — is no longer available for free online. That’s because the team at GF9 licensed it from the original artist, who goes by the handle Ilya77 on Board Game Geek, for the remake.

“You look at what’s out there,” said Matthews, “and we came across [Ilya77], the Russian who had done the artwork. We then pinged him and said, ‘Would you be interested in selling us the rights to your artwork?’ And he went, ‘Absolutely.’ In Russian. Heavy Russian accent, I’m sure.”

Bill Eberie was on-hand to make the Friday drawing for the Dune game. Conrad Richter was the lucky recipient of the first consumer Dune game in the world, Bill even signed it for him. Congratulations!!!

“I would say we have about 95 percent of the original game,” said Matthews. “Maybe as high as 97, and then 3 percent has just been slightly refined. And that Herbert estate has gone, ‘That’s the one we want to come out now!’ And we’ll go from there.”

There remains the potential, Matthews said, to re-release the game in the future with art inspired by the upcoming film, which will star Stellan Skarsgård, Zendaya, Jason Momoa, Josh Brolin, Dave Bautista, Timothée Chalamet, Oscar Isaac, Javier Bardem, Rebecca Ferguson, and Charlotte Rampling among others. The film will be in theaters on Nov. 20, 2020.

Dune is up for pre-order now, and costs $50. The game could begin shipping as soon as the last week in August.

You may not have my copy, for any price.