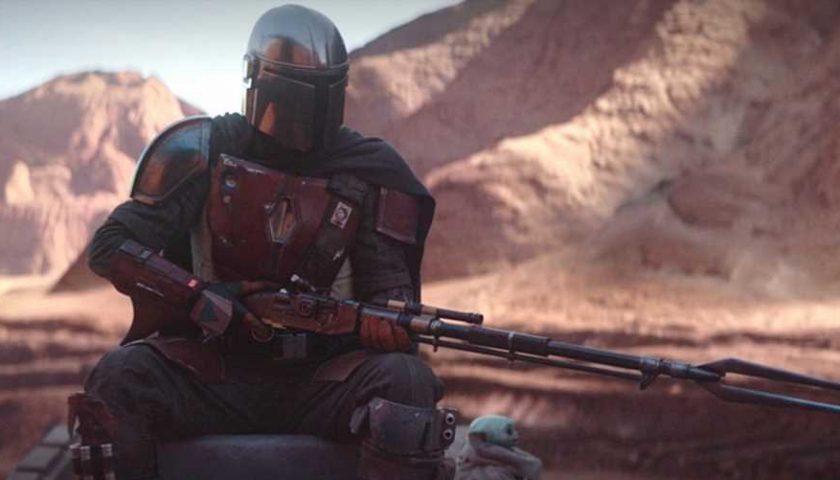 If you're not caught up on the first season of The Book Of Boba Fett, then this is your final warning to get out now as some pretty major spoilers lie dead ahead. The Mandalorian, which is a spinoff of the Star Wars movies, got a spinoff of its own further investigating the reintroduced fan favorite character Boba Fett. A bounty hunter who was presumed dead after being eaten the sarlacc.

The Book Of Boba Fett not only builds on where Fett's story goes next after his Mandalorian reintroduction, but also ties up the loose end that was how is he still alive? There have been plenty of unexpected twists throughout the first season too which have made it appointment viewing for any and all Star Wars fans Plus, surprise! Mando also makes an appearance. An unexpected but very welcome surprise.

Mando is sporting a familiar weapon, and some of you older Star Wars fans might recognize it based on more than its previous outings in the first two seasons of The Mandalorin. The gun Mando is carting around is an Amban sniper rifle, and it first appeared in the Star Wars universe all the way back n 1978. As highlighted by Star Wars Connections on Twitter, a Mandalorian that made an appearance in the infamous Holiday Special was toting the gun more than 40 years before Pedro Pascal's Mando ever picked it up.

Its inclusion in both Disney+ shows is clearly no accident. The easter egg has also been sitting there since Mando season one but has been pointed out again thanks to its use in The Book Of Boba Fett. The rifle was used to ward off a beast in the Holiday Special, and was used for the same thing by Pascal when he first wielded it in The Mandalorain. A pretty cool callback to what was technically the first-ever episode of Star Wars television.

All seven episodes of The Book Of Boba Fett are now available to watch on Disney+. If you haven't seen them already then what are you doing reading this? In fairness, it hasn't been too spoiler heavy. All you know is Mando's back in episode five. The final two episodes, and everything else that happens in the first five, is still there waiting to be discovered.