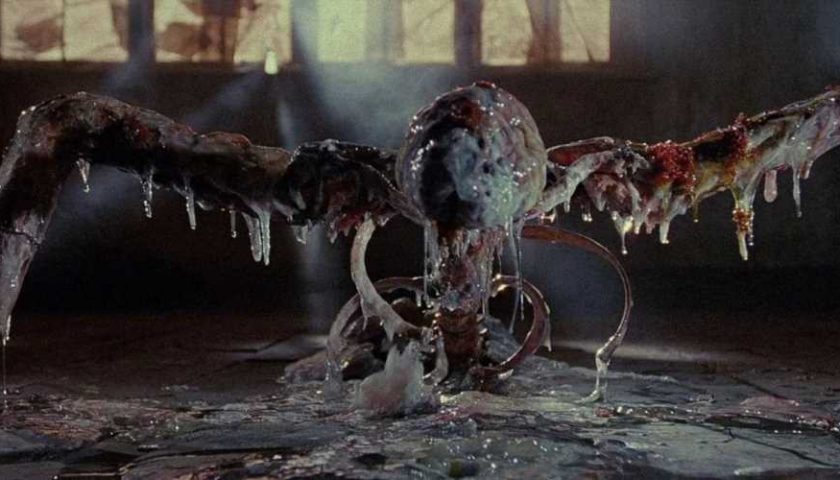 They just don’t make ‘em like they used to do they? I don’t mean to sound like a boomer, but when I watch modern horror movies – even the good ones – it always feels like there’s something missing. As CGI has become easier and more cost effective over the years, the art of creating practical effects has been largely abandoned by Hollywood. Most horror productions, which are already notoriously low cost, simply can’t afford the time and energy it takes to pull off a believable practical effect anymore. I’ve loved a lot of the horror movies that have come out over the past few years, but I can’t help but think they’re not reaching their full potential without some good old-fashioned practical gore.

The new Hellraiser, streaming on Hulu right now, is the perfect example. It’s a fantastic reminaging of the series that expands the lore without steering too far away from what made the original so unique. In some ways it’s even closer to the tone of Clive Barker’s The Hellbound Heart than the first Hellraiser – which Barker wrote and directed himself.

And like the original, it’s a gruesome body horror. There’s plenty of hooks piercing flesh, men getting flayed, and so, so much stabbing. It’s exactly what you’d expect from Hellraiser, and yet, it all feels a bit too clean; too perfect. It just isn’t gross enough for Hellraiser. None of the gore in the remake can even begin to compare to how disgusting Frank’s resurrection scene is at the beginning of the original. The way that pile of wet meat lifts itself out of the floorboards, bones cracking and bending as it transforms into a skinless monster, is an unforgettable sight. CGI has never been able to create detail on this level. Every blood bubble and dangling piece of viscera makes it more believable and authentic, and even 30 years later it holds up remarkably well.

The new Candyman fails to live up to the original in the exact same way. Tony Todd famously wore a dental dam so production could fill his mouth with bees, but the bees in the remake are entirely (and obviously) CGI. I adore the way the remake puts itself in conversation with the themes of the original, but it isn't real and grounded like the original, and it certainly isn’t as scary.

That era of ‘80s and early ‘90s body horror, which was defined by practical effects-driven films like Hellraiser, Candyman, The Thing, Event Horizon, and The Fly, never should have ended. CGI became so ubiquitous so quickly that the entire era is now thought of as campy and dated. You can see this attitude in movies like Malignant, which uses goofy looking practical effects as a punchline. Audiences have been conditioned to prefer CGI even when the result is objectively worse. The 2011 prequel to The Thing was shot entirely with practical effects, but the studio made them redo the film with CGI simply because that’s what audiences expect to see now.