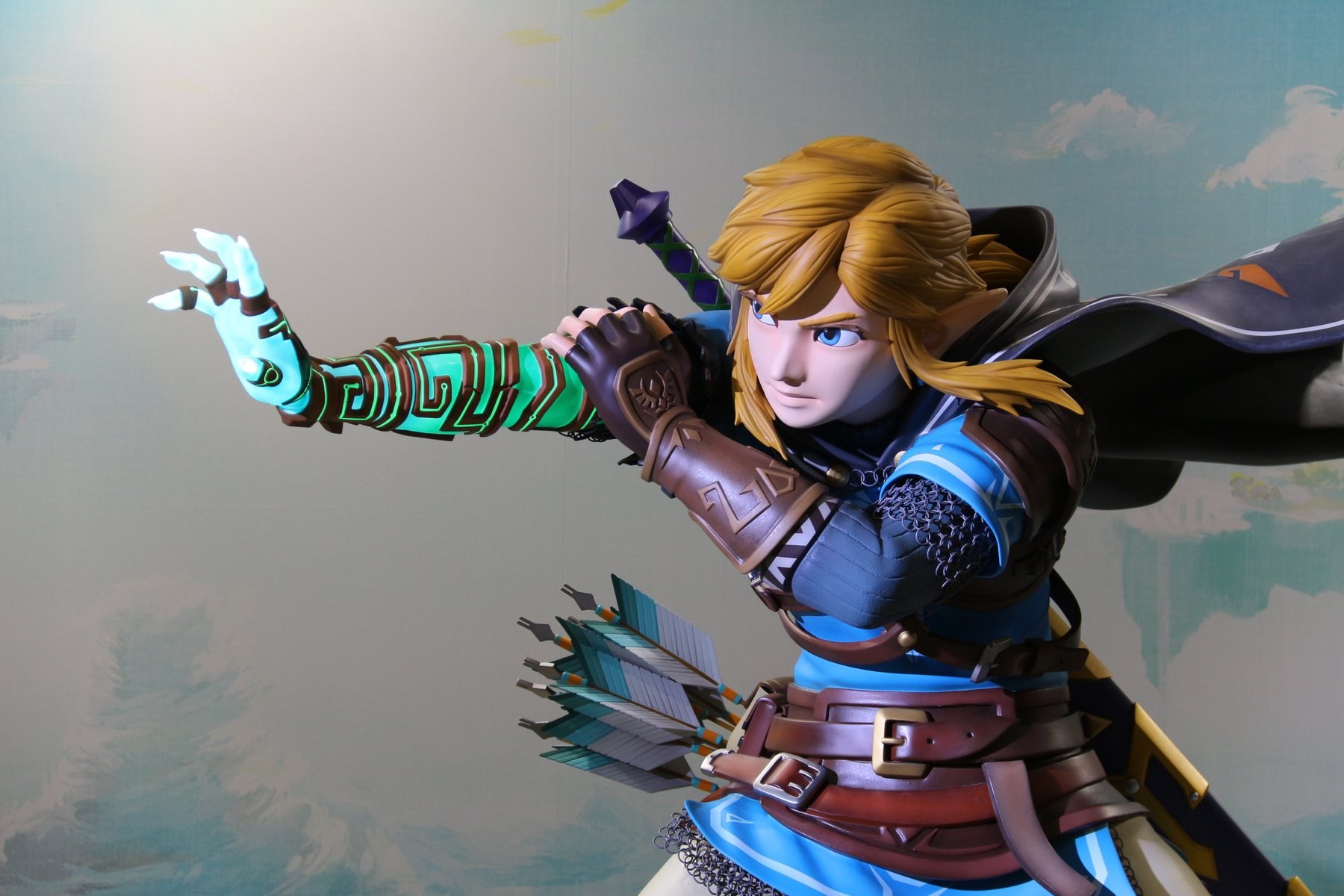 Fans have their best look yet at Link’s funky new arm from The Legend Of Zelda: Tears Of The Kingdom, thanks to a life-size statue.

Even with an exact release date, there remain a lot of questions surrounding The Legend Of Zelda: Tears Of The Kingdom, sequel to Breath Of The Wild.

Nintendo is unlikely to answer those questions any time soon but, in the meantime, fans can fawn over a new life-sized statue of Link the company has made to promote the game.

There’s no word on Nintendo selling a smaller version of the statue, but it does give us a good look at Link’s weird, glowing arm, something that’s believed to be both plot relevant and tied to new gameplay mechanics.

The statue was on display at the Nintendo Live 2022 event in Japan, which ran over the weekend and featured game demos and musical performances from Animal Crossing and Splatoon.

Tears Of The Kingdom was, unsurprisingly, not playable but attendees were able to take photos of the Link statue. It depicts Link stretching his glowing arm outwards as if he’s pointing his palm at something.

The Legend Of Zelda: Tears Of The Kingdom launches for Nintendo Switch on May 12, 2023.