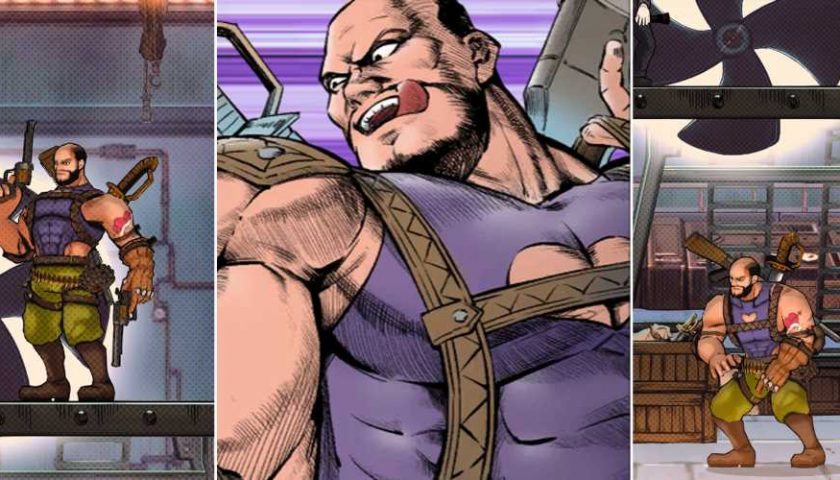 As you play through The Legend Of Tianding, the most common enemy you'll have to deal with is the police force. A mix of Japanese and Taiwanese officers, these enemies will wield a variety of weapons and have different builds. When you become a greater threat, the police will invite the Japanese military police to aid them in hunting down Tianding.

They bring on some heavy hitters, including a commanding officer with the nickname 'Killing Machine'. This tough fighter will be waiting for you at the end of the Police Station level so be prepared for a big boss with a lot of weapons.

How To Beat Killing Machine 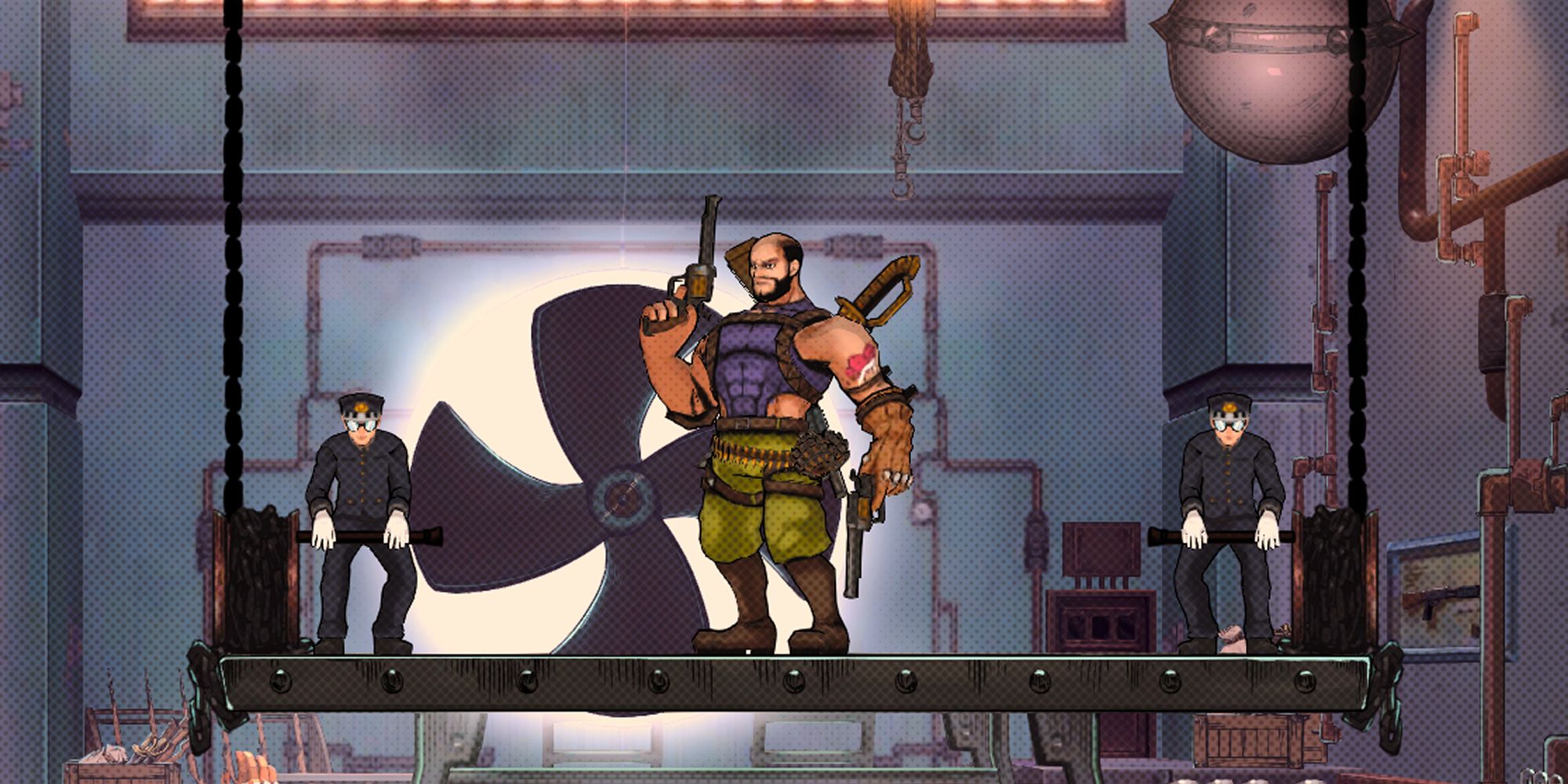 When you meet Killing Machine (KM), you'll be in a storeroom of sorts. It's a contained area with short platforms on the west and east walls, and a long platform at the center of the area with two police officers, one at each end. They'll both be holding winches in place and when struck, they'll let go which will drop heavy bags from the ceiling.

These can do a bit of damage when they land on Killing Machine but aren't necessary to defeat him.

In the first phase of the fight, Killing Machine will leap to random spots around the room and fire off two shots from his pistols. Sometime before he leaps, he'll lay down a mine before jumping back and firing. The mine will explode after a few seconds so keep your distance once it's planted.

When you're close to him, KM may do a little hop in the air and fire off a burst from his shotgun so prepare to dodge when he jumps. For his special attack, he'll leap to the center platform and pose before firing numerous shots in all directions and in a circle. You'll need to dodge back and forth through them to avoid getting hit. 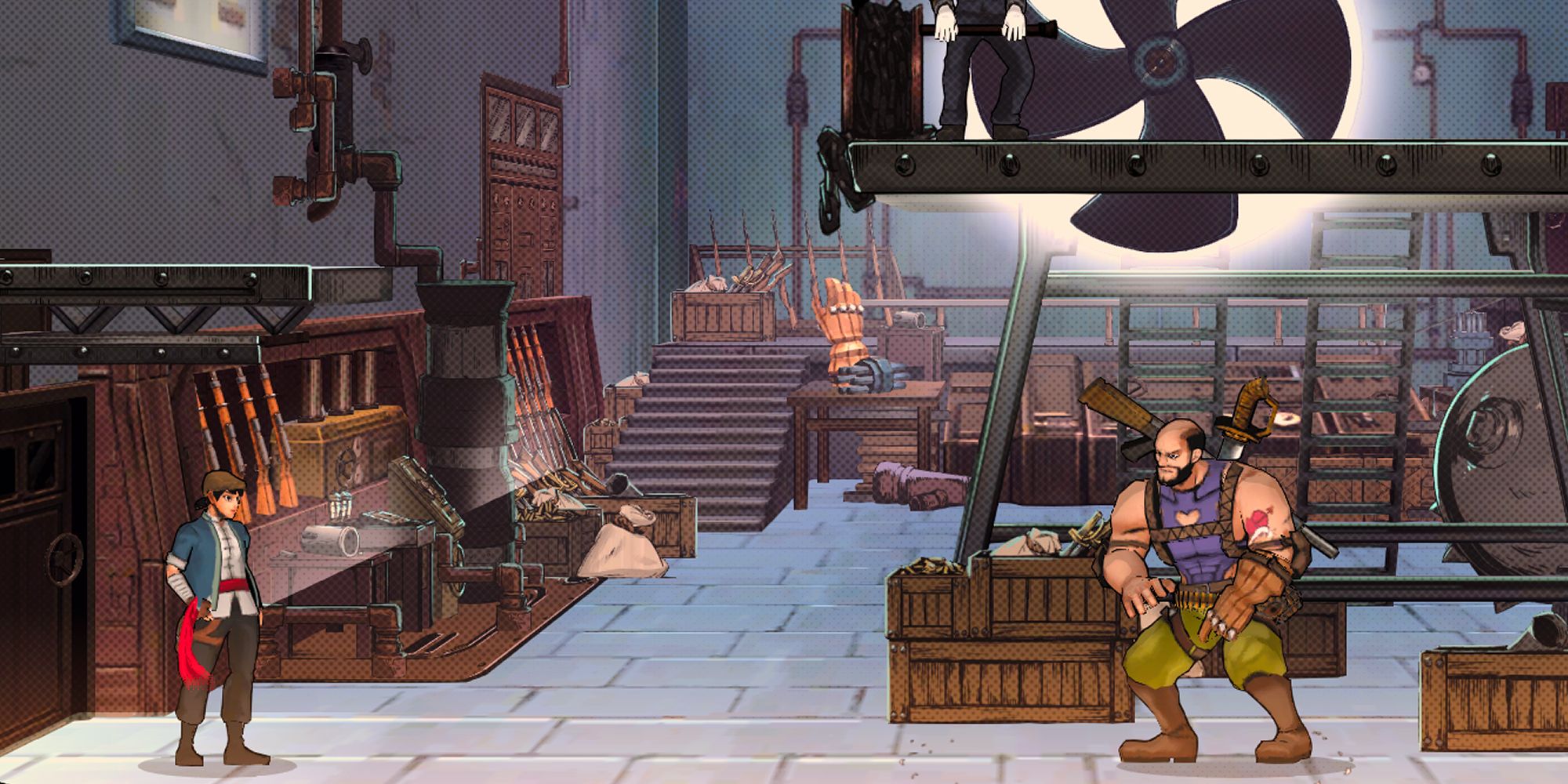 After losing a third of his health, KM will enter phase two. He'll remove his arm to reveal a Gatling gun that he'll fire from the ground or from any of the platforms.

The bullets come in a constant stream of fire, so it's best to keep moving to ensure that you avoid getting hit.

Get the most out of the rifle that you snatch from him, shooting at him when he takes aim at you. After that, aim to strike him just before leaps/lands, and whenever he's running about.

After losing another third of his health, KM will enter the third phase. You'll snatch a rocket launcher from him, and he'll unveil his own. Just like with the Gatling gun, he'll plant himself and take aim. The rockets move faster than you think so keep moving and always be ready to dodge. He'll also start using unblockable charge attacks, but will stick to doing so on the first floor so stick to the platforms.

After you've used up the rocket launcher, focus on attacking KM from behind to limit his damage but don't lock yourself into a combo, so you can always get away.