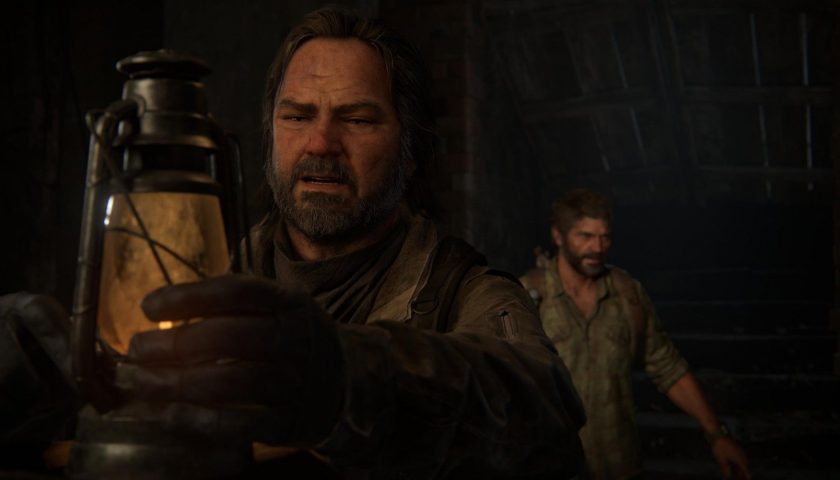 The Last Of Us Part 1's launch is still more than a month away, but leaks revealing how the game will look and play are rife. Another batch of screenshots, details, and even gameplay found its way onto social media this week. It has revealed some of the ways the remake has been improved upon compared to the original, but potentially revealed certain elements players were hoping for have not made the jump.

The latest leak comes courtesy of Shpeshal_Nick on Twitter and is headlined by gameplay from TLOU Part 1. The clips appear to be from the part of the game where Joel and Ellie are ambushed and you're tasked with taking down a group of hunters before they do the same to you. It has showcased Part 1's combat for the first time, and there's good news and bad news.

The good news is the game continues to look fantastic, as it should considering it's a remake of a game from 2013 launching two generations of console later. The workbenches on which you could upgrade your weapons in Part 2, along with the animations, also appear to have been added to the game. However, some of the other things you could do with Joel and Ellie during combat don't seem to be a part of the gameplay.

TLOU Part 2 brought with it the ability to dive and roll, increasing the ways you could evade attacks and escape the Clickers and Bloaters strewn throughout the game's post-apocalyptic world. The hope among many players was that as well as the improved visuals, the ways in which the gameplay was made better in Part 2 would also be added to the first game's remake. The leaked footage certainly doesn't confirm that isn't the case, but it being nowhere to be seen in the clip above or any others that leaked this week isn't a good sign.

Last but certainly not least, screenshots detailing TLOU Part 1's accessibility and other options have also leaked. The games' accessibility has always been great, and that streak will continue through the remake with options to reduce enemy accuracy and skip puzzles among the many elements you will be able to tweak. The jury remains out on whether Part 1 will be worth the $70 price tag as its creators continue to defend the game isn't merely a cash grab.