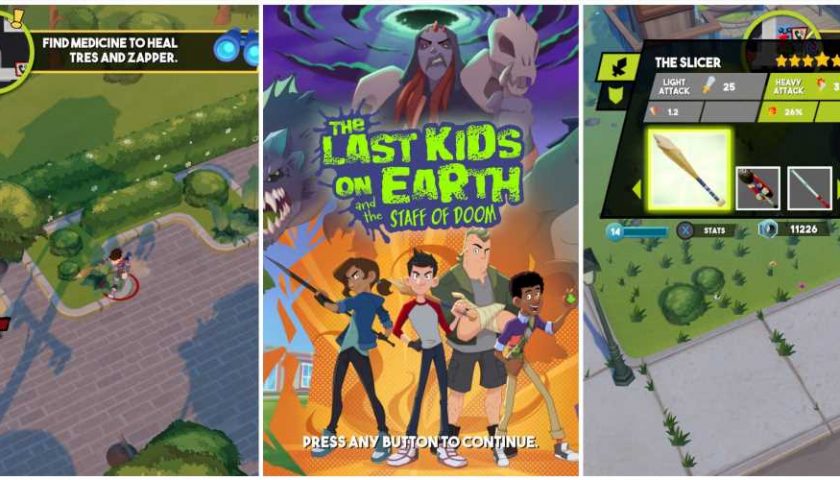 The Last Kids on Earth and the Staff of Doom is a family-friendly action-adventure RPG based on the tv show of the same name. In this game, you play as best friends Jack, June, Quint, and Dirk as they take a break from pizza and video games to try and put an end to the evil Queen Malondre's apocalyptic scheme.

6 Enjoy The Game Solo Or In Local Co-Op 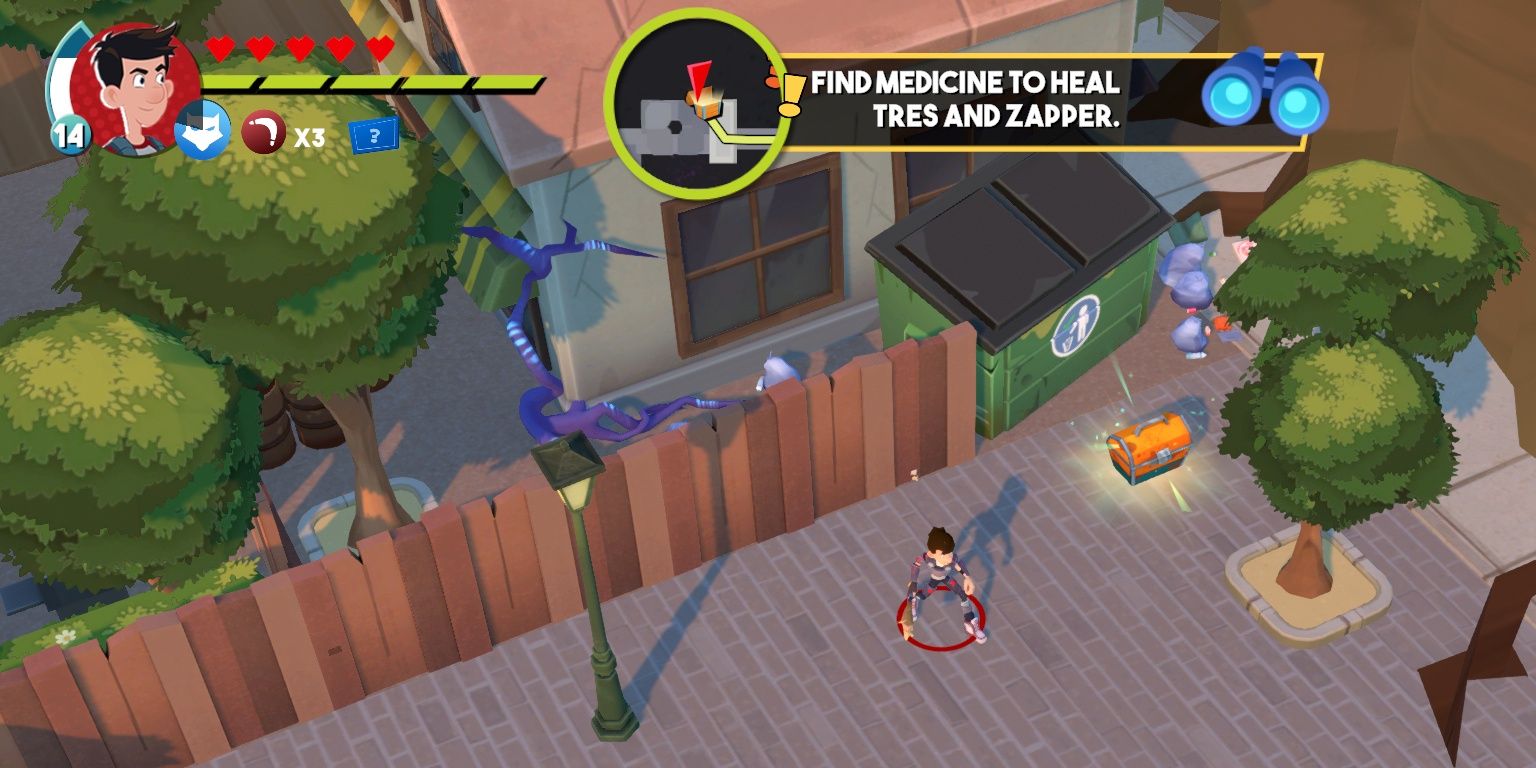 The Last Kids on Earth and the Staff of Doom can be played and enjoyed in solo mode or with up to three other people in local co-op. The game does seem tailor-made for four players enjoying the game together given the fact that there are four playable characters who each play differently, namely, Jack, June, Quint, and Dirk.

Fortunately for lone wolves out there, you can still easily enjoy the game by yourself and won't find too much trouble fighting off the hordes of wacky baddies, finding blueprints, and exploring our heroes' town. No matter how you choose to play, the game gives you something fun to do around every corner.

5 Swap Out Characters At Any Futuristic Phone Booth 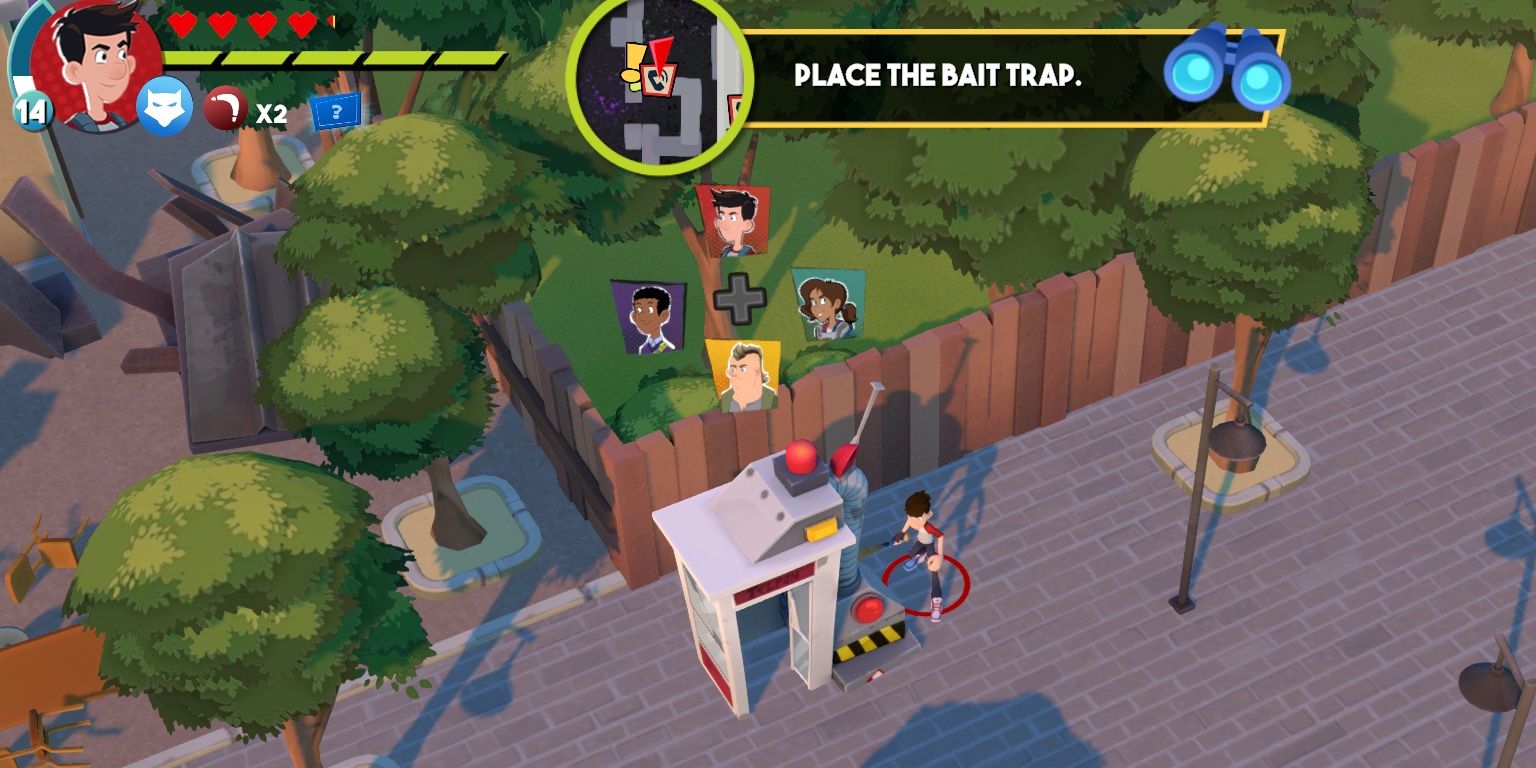 Given the fact that there are four playable characters in this game, specifically the four best friends from the tv show, it makes sense that you can swap characters. While out exploring the semi-open world, you will often stumble across futuristic-looking phone booths. If you don't know what a phone booth is, ask your parents.

At these phone booths, you can freely swap between any of the four friends. Each one of them has differing stats, weapons, specials, and monsters to send out in battle. This becomes especially handy when playing solo because it means you can always use the right friend for the situation.

4 You Can Even Drive A Vehicle Around The Map 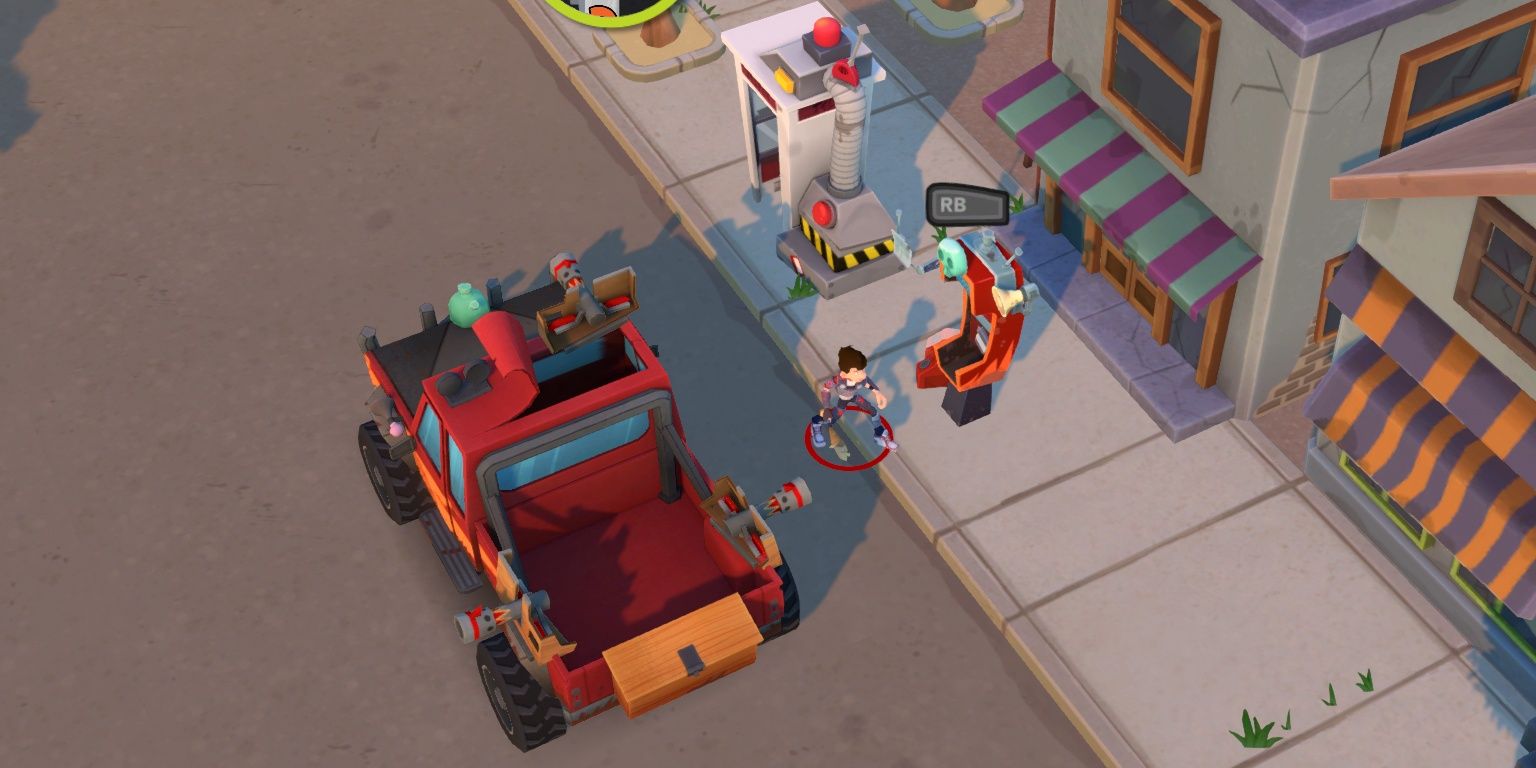 The world you find yourself exploring in The Last Kids on Earth and the Staff of Doom is relatively large. It's not an open-world game by any means but is instead a large playable area broken up into separate districts. You move to new districts as the story moves.

Each district is actually quite expansive and while your character moves quickly enough, it's still quite helpful to know that you can spawn in a monster truck-looking vehicle to help you navigate the streets and alleyways even more rapidly. Plus, there are even some racing challenges to take part in, here known as Big Momma challenges. 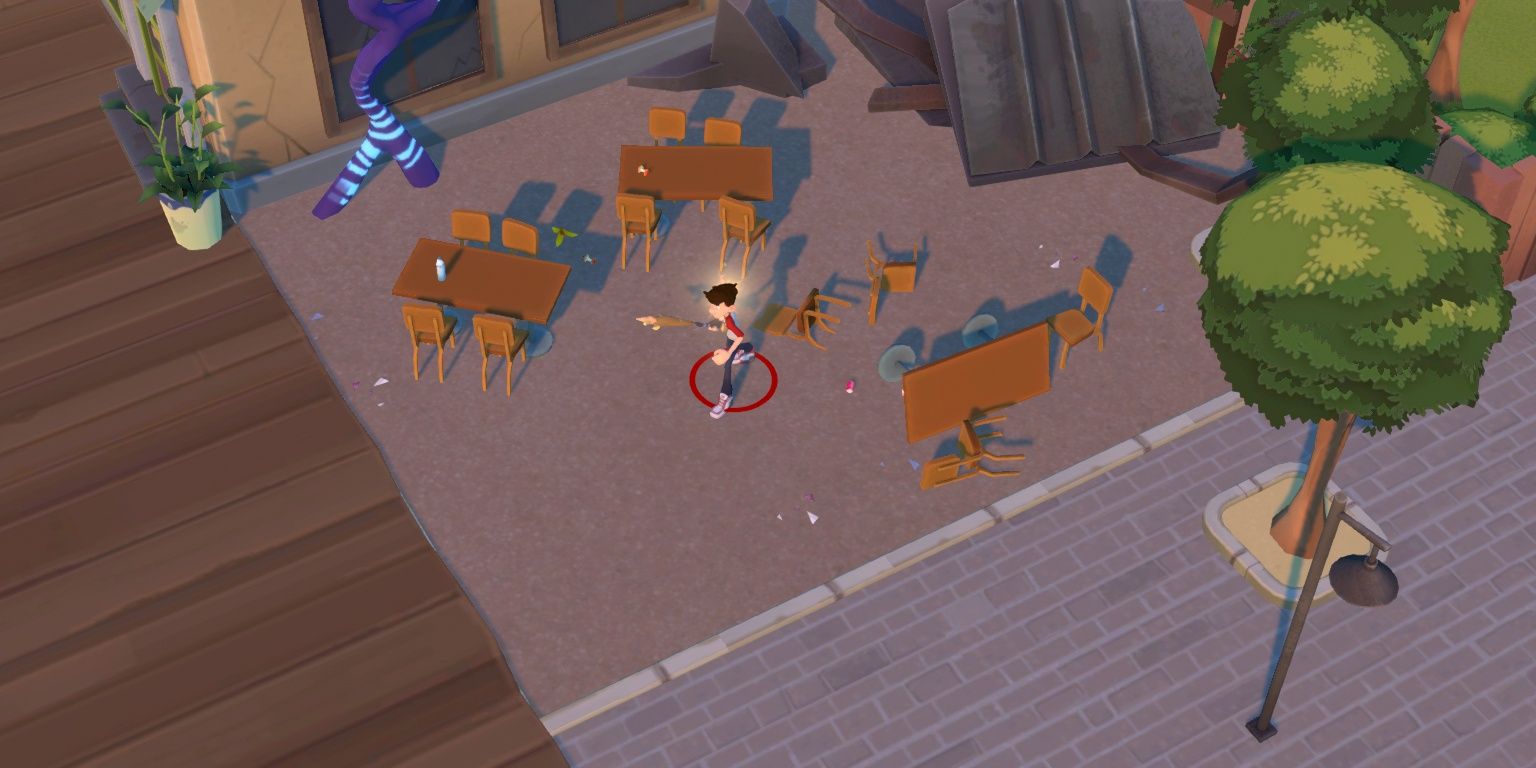 The world that has been built around you in this game is highly destructible, more so than you might initially think. It's highly encouraged to smack everything that you can in this game. From trees to benches to tables and garbage cans, the game lets you destroy almost everything in order to break them apart to get an abundance of currency.

Honestly, there is something so satisfying about breaking apart all of these random objects in this world. The weapon swings and attack animations are fast and fluid in this game and you can even hold down the attack button to just destroy everything in the vicinity in rapid succession. You are going to want as much currency as possible so be sure to break everything.

2 Yep, You Can Fast Travel 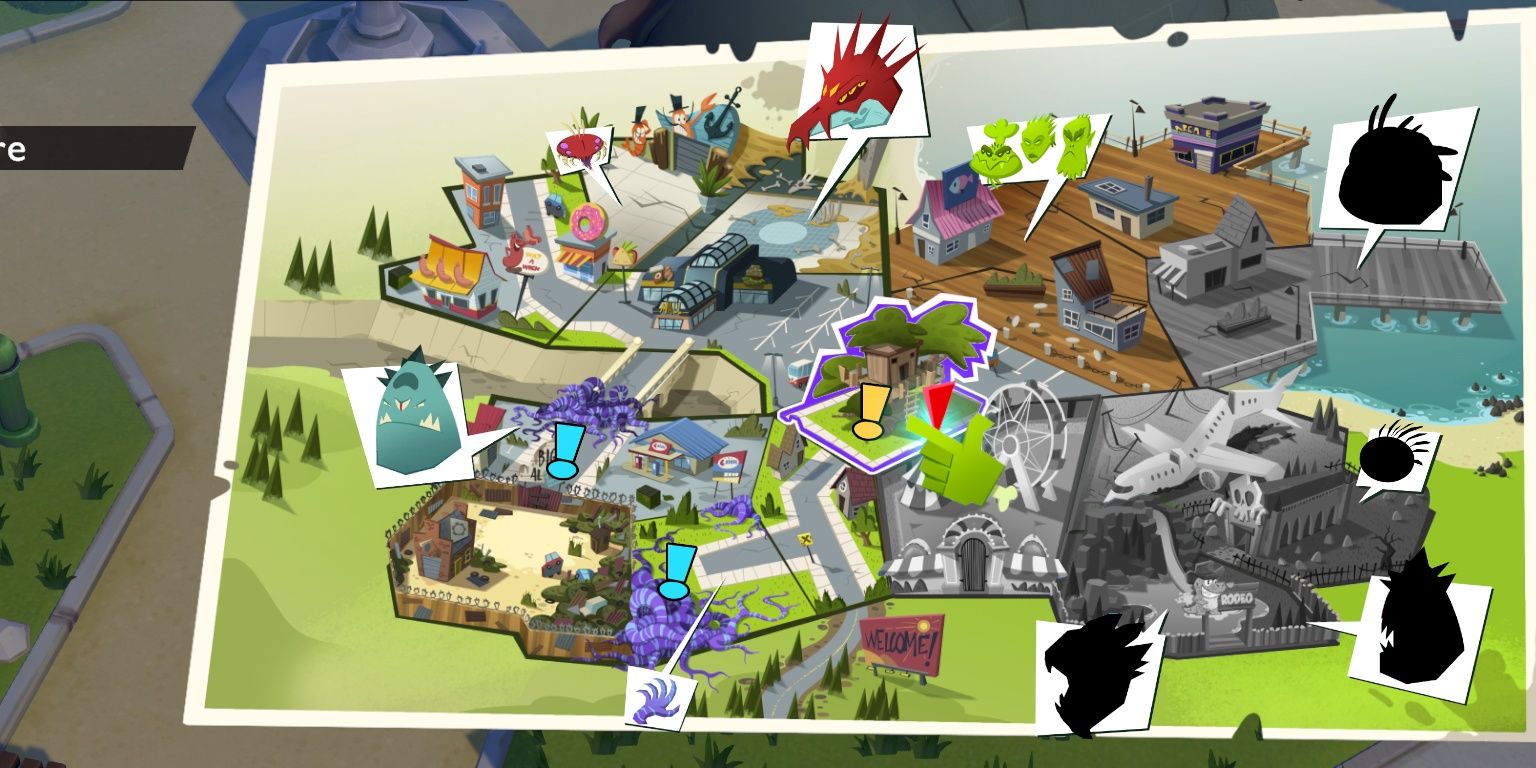 Did you know that you can easily fast travel in this game? Despite the game only being a semi-open world, it still gives you the option to fast travel. You have a giant worm friend that wouldn't look out of place in the movie, Tremors, however, it's very friendly here and will aid you on your quest to stop Malondre.

Simply look for the fast travel icon on your map or by visiting the town square home base area. You can chat with your giant worm friend and he will gladly take you to any district that you have already visited. Oftentimes quests will have you backtrack quite a bit, so being able to fast travel is incredibly helpful. 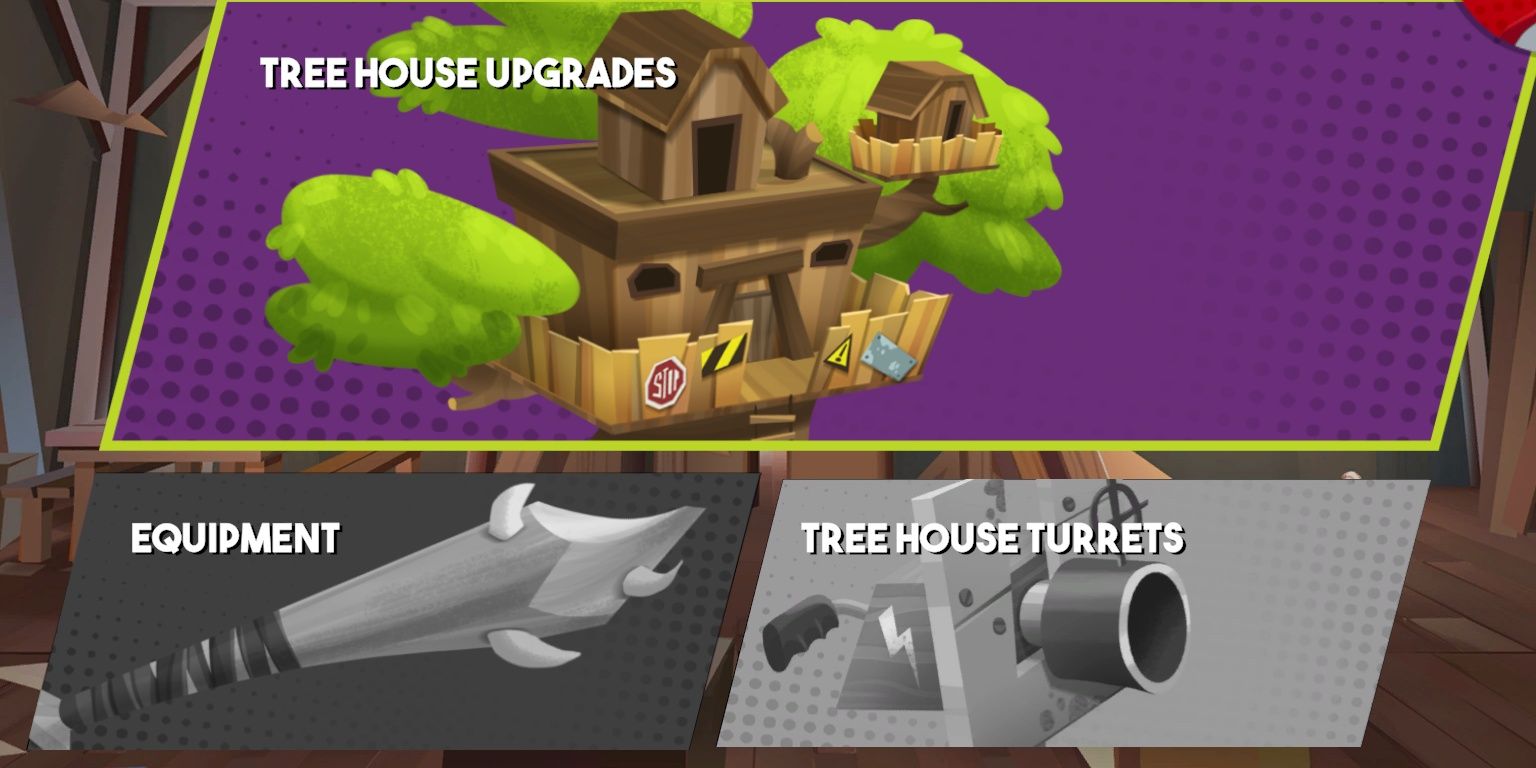 Another major and central part of The Last Kids on Earth and the Staff of Doom is managing your treehouse. Your treehouse is essentially your safe haven from the goofy monsters in this world. Within your treehouse, you can upgrade your weapons, armor, and treehouse defenses. You can also craft blueprints you discover in the world.

At certain points throughout your journey you will have to come back to your treehouse to defend it and the town square from Malondre's monsters. These mini tower defense gameplay sections don't outstay there welcome and they help to break up the hack and slash gameplay in the main game. Simply put, be sure to return to your treehouse often to use your accrued currency to upgrade.