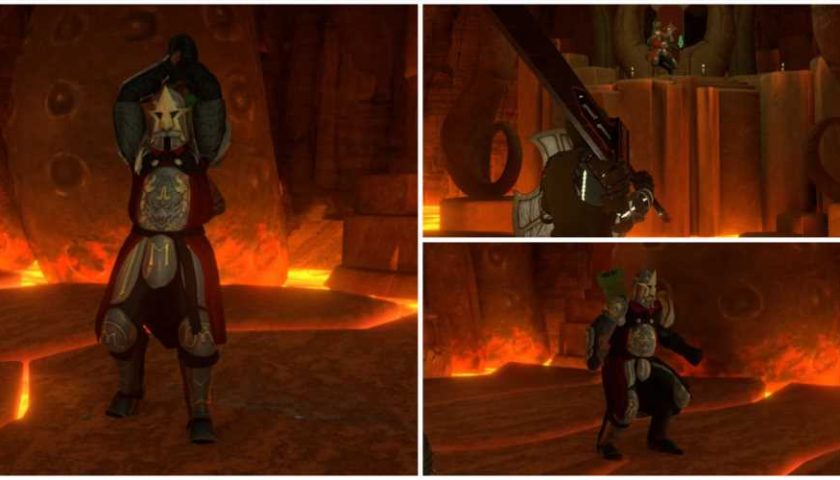 The Last Hero of Nostalgaia has many challenges and obstacles for you to hurdle as you progress through its dense, formidable, pixelated world. From navigating a dark and confusing forest to learning a boss' pattern, there's always something that will keep you on your toes and force you to focus your attention on resolving a specific encounter or mechanic.

Mercucio is the game's final boss and offers many gimmicks and a challenging battle, making for a fitting ending to your hero's journey. While he is the last boss, Mercucio is far less challenging than Gnom and is a relatively painless encounter once you figure out his tricks. 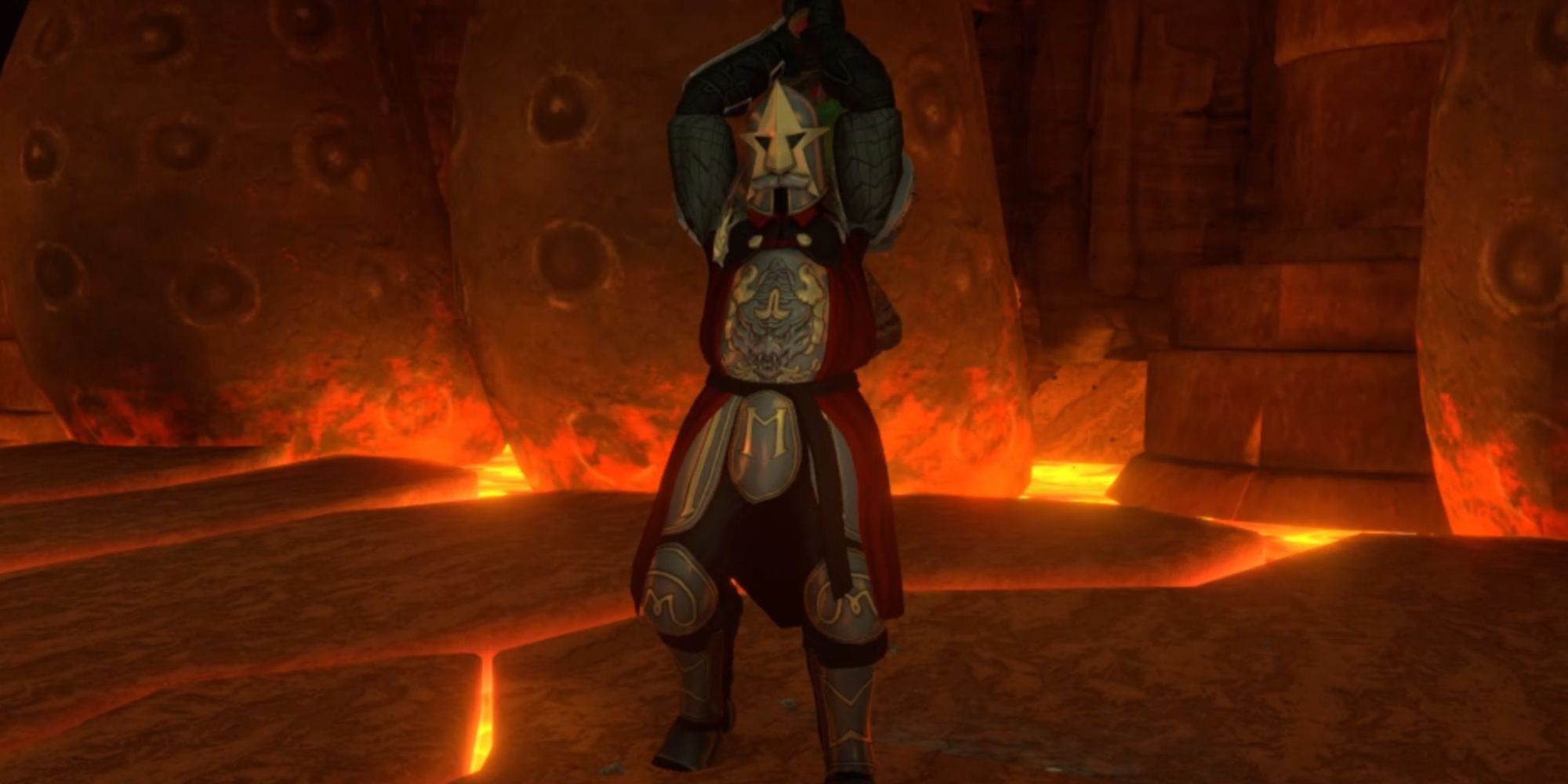 Mercucio, as laid out above, is the final boss of The Last Hero of Nostalgaia and comes with his own twists and gimmicks that you will have to overcome to take him down. This boss encounter has three phases total, with the first two having Mercucio go from a towering knight before turning into a small, very elusive one after you weaken him a bit.

Defeating Mercucio will grant you 26,200 Memory (Souls), the Savior's Armor Set, and Mercucio's Withered Icon, which you can exchange for another charge for your Heroic Icon, bringing your total up to eight. Going into this battle, you should have seven Heroic Icons and a fully leveled weapon, which will come naturally as this is the game's final area and boss encounter. While you will likely be very powerful here, so is Mercucio, so you should still be on your best guard when in his arena. 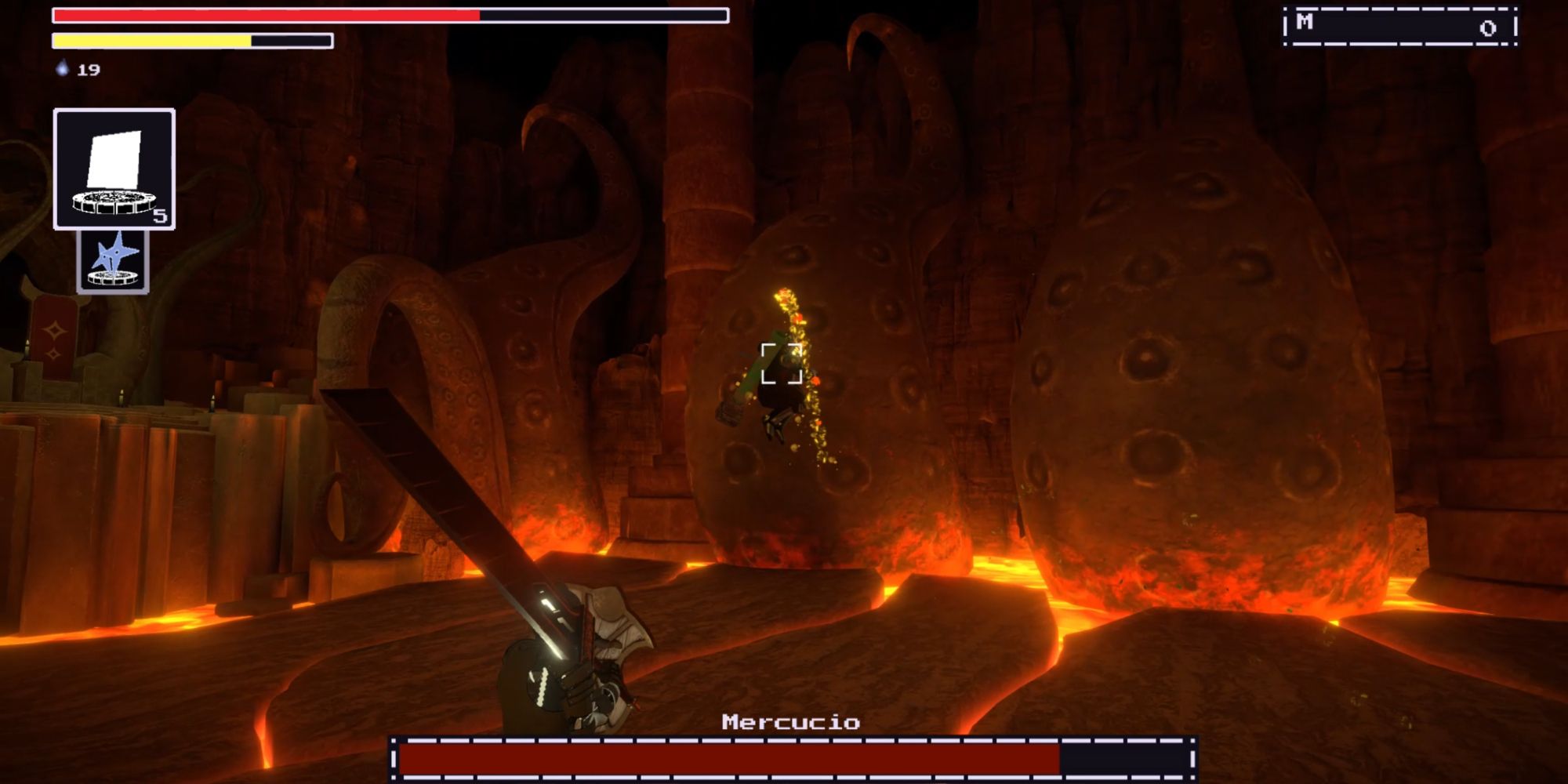 With Mercucio being the final boss of The Last Hero of Nostalgaia, you'd expect some trickery, and he delivers. With three phases, Mercucio can trip you up at any point, so you must be prepared for anything he throws at you. First, as always, we recommend using the Shield of Nostalran, as it shields 100 percent of Physical Damage and 43.2 percent of Source Damage, offering you the best protection from a shield in the game.

The vast majority of Mercucio's attacks are Physical-based, but he will also hurl fireballs at you, which are classified as Source Damage, meaning your shield will only protect you so much, but it's better than nothing and will keep you alive long enough to create space and heal. During the first two phases, Mercucio will be an enormous knight that shrinks drastically in size when you get his health past a certain threshold. When he's large, he will almost always do Physical attacks. However, when in his shrunken state, he will begin hurling fireballs like no one's business, and his entire third phase is him in tiny form.

We will cover all of Mercucio's attacks and how to deal with them in the sections below, which we have split into three phases representing each stage of this encounter. This encounter isn't too bad once you learn his mini-form, as that will be the entire final stretch of the fight.

The first phase of this encounter begins with Mercucio in his large state, towering over you with his oversized pipesword. Right off the bat, there are a few moves you need to look out for here. The first is one he almost always opens up with, which has him perform two wide slashes with his sword before ending it with a lunge. If you see him do this, simply block the first two slashes and then roll behind him as he lunges forward to land a hit or two of your own.

Next up, Mercucio will often perform a slash with his sword before hopping in place on one leg before performing another slash shortly after. Once you see Mercucio begin hopping in place, rotate around his right side – your left when looking at him – and wait for him to attack. If done right, he will completely whiff his attack and will be left wide open for you to land a few more hits of your own.

Another attack Mercucio will utilize often is when he inserts his sword into his pipe and then violently swings it three times at you. While you can block these, the power of each swing will rapidly deplete your Stamina, which will be more detrimental than anything. We recommend trying to time your rolls to evade each swing, as you can get a few hits in after he performs his final strike while keeping some of your Stamina intact.

There are also times when Mercucio will perform a heavy overhead strike with his pipe and will always follow it up with a frontflip that leads to another crushing slam. Only block or evade here. You cannot attack. He will also occasionally leap into the air before crashlanding with an electric slam. Time your roll here, or just run away from his drop zone to negate all damage. You will not be able to land hits during either of these moves.

After whittling his health down a bit, Mercucio will shrink drastically in size, becoming super fast and gaining a few new abilities. Here, the most crucial point to note is that you should always shield or evade the fireballs and never attempt to attack him when he's using them. Instead, only attack whenever he's using his weapon. Since his entire third phase is him in his tiny state, head to the "Phase Three" section to learn more about it!

After you damage Mercucio enough when he's tiny in the first phase, he will hop up to his throne and consume his Icon, restoring his health and returning him to his large form. Then from here, you are essentially repeating everything from the first phase, as nothing changes. Go to the next section to learn how to deal with his tiny form!

After more or less repeating phase one, Mercucio will hop back up to his throne once more and attempt to consume another Icon. This time, it won't work, leaving him tiny and injured. He will then leap off his throne and back into the arena for the final phase. His small form is the same across all three phases, so let's review it.

In this form, Mercucio will begin tossing fireballs at you, which you will have to either block and take a bit of chip damage from or roll away from to avoid entirely. As touched on already, you should never attempt attacking him as he's throwing fireballs, or you will risk taking significant damage or even death.

Fireballs aside, this phase is relatively easy as most of his physical attacks are easily readable. He will also hop around extremely fast, which can be annoying, but you will get used to it quickly. A typical move of his in this stage is he will perform two slashes with his sword before finishing it off with an overhead slam with his pipe. To deal with this move, block the sword slashes and evade the pipe, allowing you to land one or two hits.

Another attack often used is that Mercucio will leap into the air, perform a plunging attack, and immediately follow it up with a low sweeping slash from his sword. For this, timing your rolls for both attacks will allow you to get in another one or two uncontested hits. You can also block the plunging attack, but it can consume much of your Stamina, depending on your level.

Lastly, he will perform a spinning swing with his pipe before ending it with an overhead strike, which will do a lot of damage if he lands it. While blocking with your shield will block all damage, it will likely drain your Stamina. We suggest evading these attacks and following up with strikes of your own.

As much as this encounter is gimmicky, it is more of an endurance test than anything. If you complete one phase, you are set for the remaining two. You just need to play smart and patiently. Furthermore, while his large form is more daunting, it's by far the more straightforward. The real challenge is when he shrinks and becomes hard to pin down because of his immense speed and unpredictability.

However, while annoying, he only has a handful of physical attacks in his tiny state (as laid out above). This allows you to block or evade his fireballs and go on the offensive whenever he pulls out his weapons. Patience is the key to this encounter, and so is Stamina management. Your build shouldn't matter much during this encounter, but we suspect his relentlessness may be a bit of a problem for Source Builds.