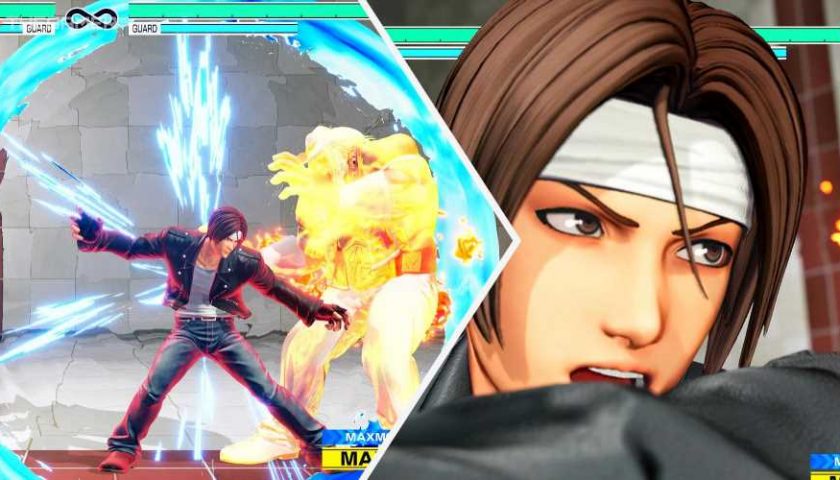 Have you ever seen those incredibly long combo videos on YouTube and wondered, "Dang, how can I do that!?" The short answer is move-canceling, one of The King Of Fighters 15's gameplay foundations.

Canceling is a mainstay in KOF and the fighting game genre as a whole. Therefore, learning this concept is essential if you wish to get the most out of your fighting games. So, keep reading, and we'll tell you about where canceling came from and how you can get better at them! 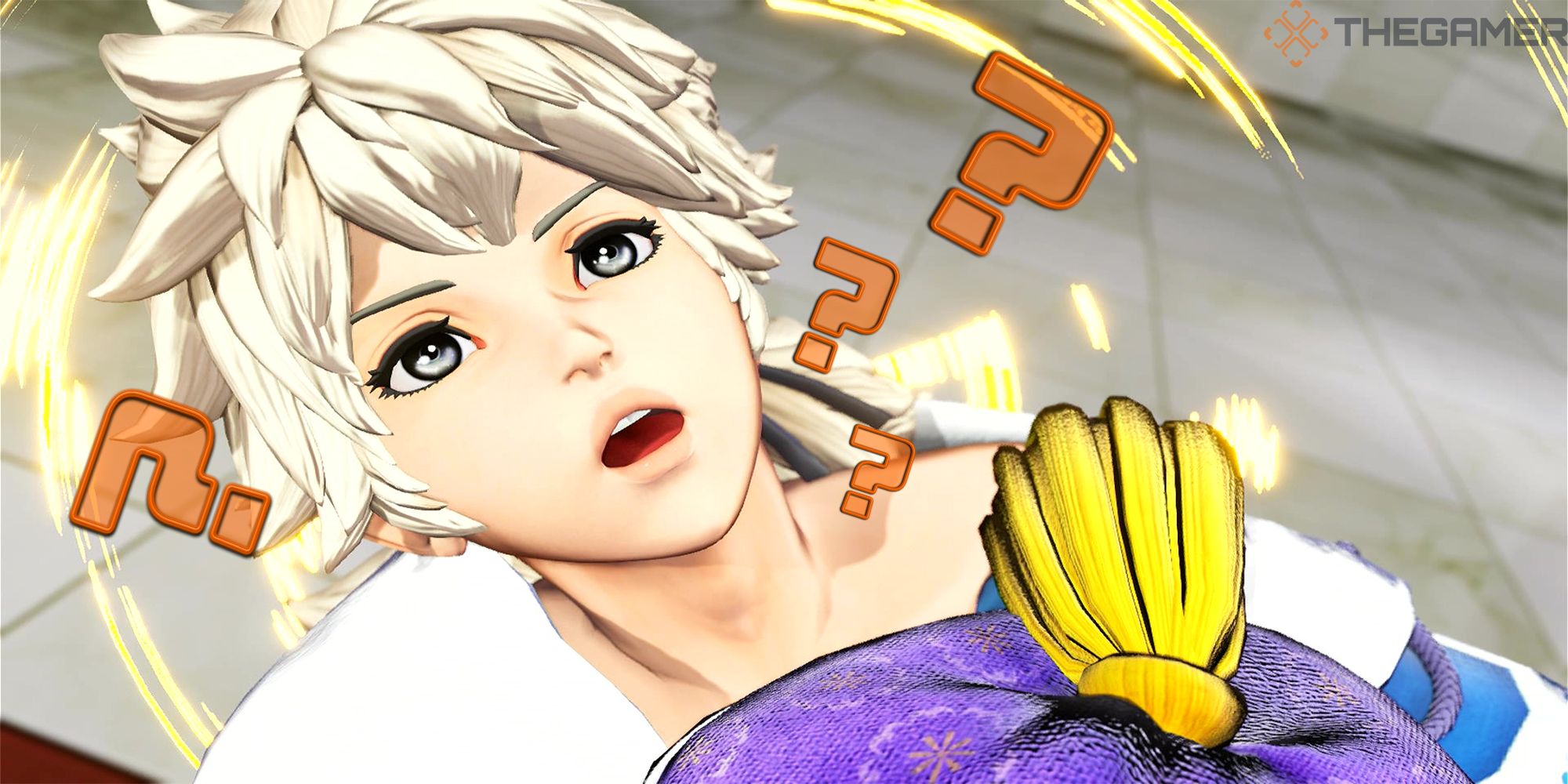 Move-canceling is a familiar mechanic in fighting games. In short, move-canceling is when the player cuts off the animation of one move to transition to another immediately. Often, this transition cuts to a higher-level move, but not always.

The cancel mechanic dates back to Street Fighter 2. To increase the ease of performing special moves, developers added more time for input entry. The change's intended outcome was to give players lenience for slower, less-precise inputs. However, adding more time for inputs also opened windows of time that allowed players to activate moves mid-animation. Thus, the cancel was born.

There are plenty of examples of this mechanic throughout the genre. For instance, the Street Fighter EX series and its follow-up Fighting EX Layer use move-canceling to chain multiple super moves together. Furthermore, the Marvel Vs. Capcom series has a mechanic that allows players to cancel one team member's super combo into a partner's super combo.

How Does Canceling Work In KOF? 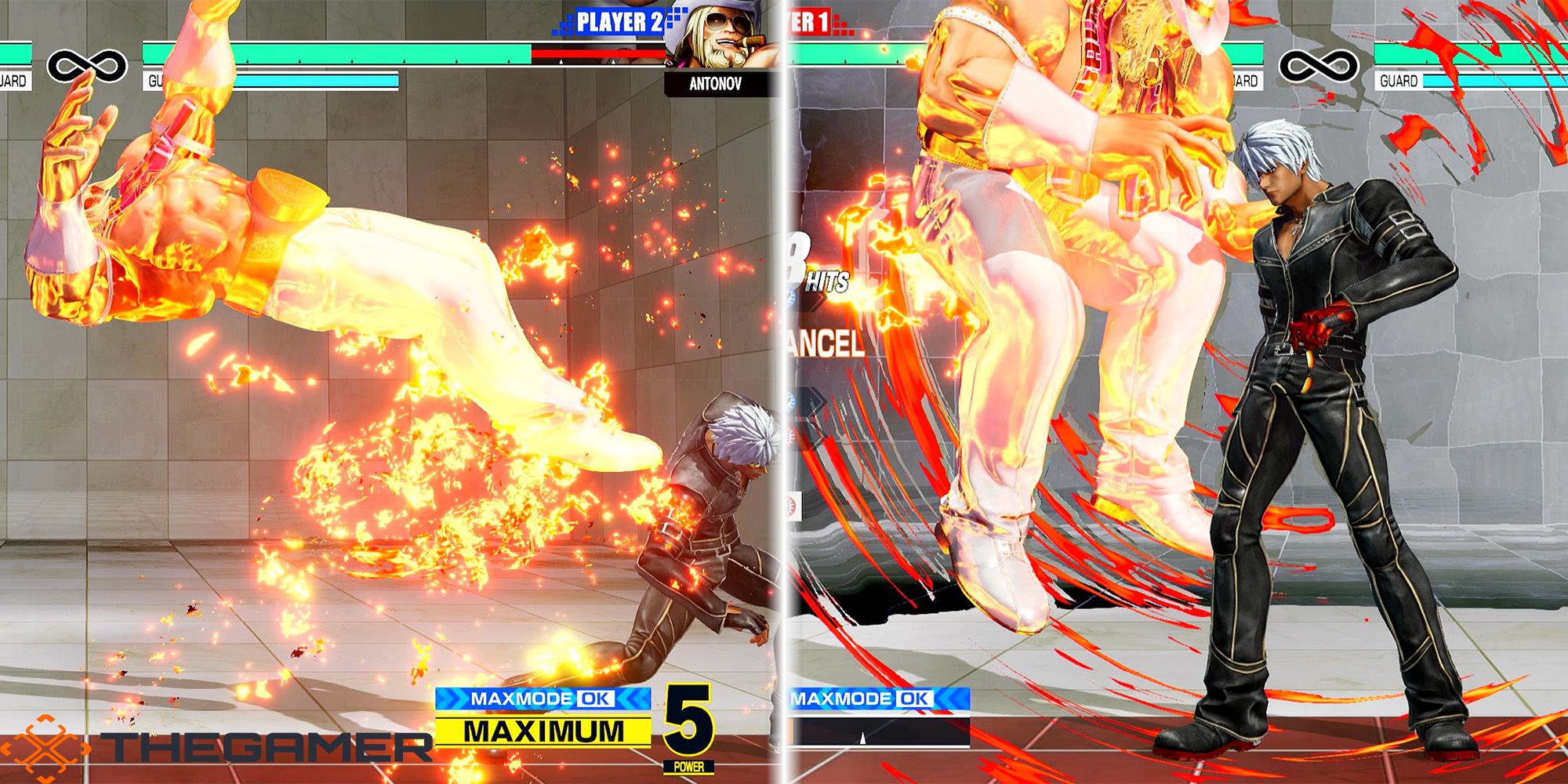 Plus, the game introduces MAX Mode (Quick), which cancels out of normal moves and command moves.

Here's a quick breakdown of each kind of cancel in KOF15:

Canceling is the bedrock of combo attacks in KOF. Furthermore, the potential damage move-canceling can deal increases as you gain power blocks. Therefore, it's in your best interest to learn how to cancel successfully and consistently.

How Can I Get Better At Move Canceling? 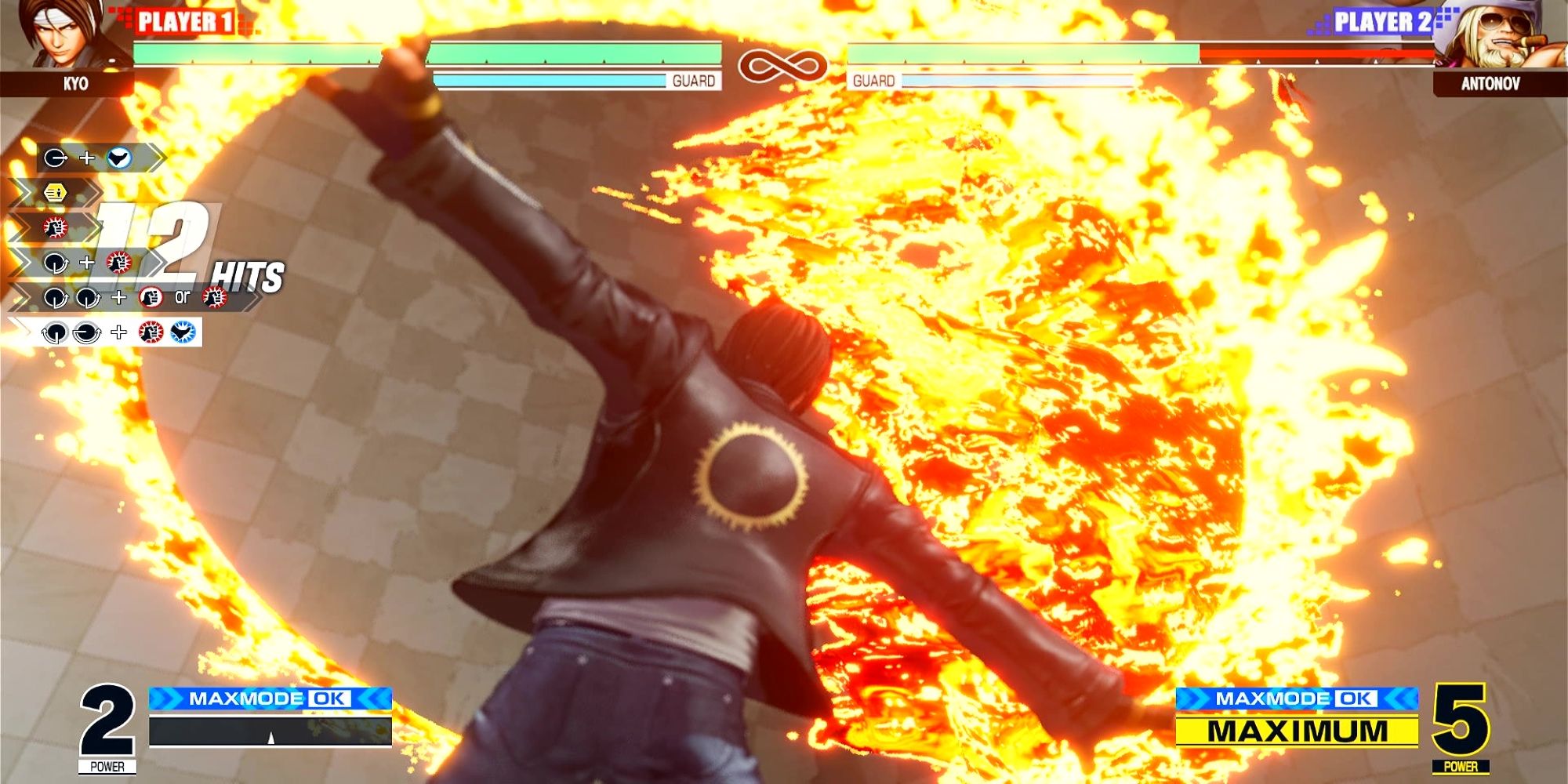 Canceling is a fun gameplay technique once you get the hang of it, especially in KOF. The rush that comes from graduating through increasingly flashy moves is intoxicating! However, canceling is also intimidating. There's a lot of pressure from having to fit so many button inputs into so little time. Luckily, we got some tips to ease the learning curve! 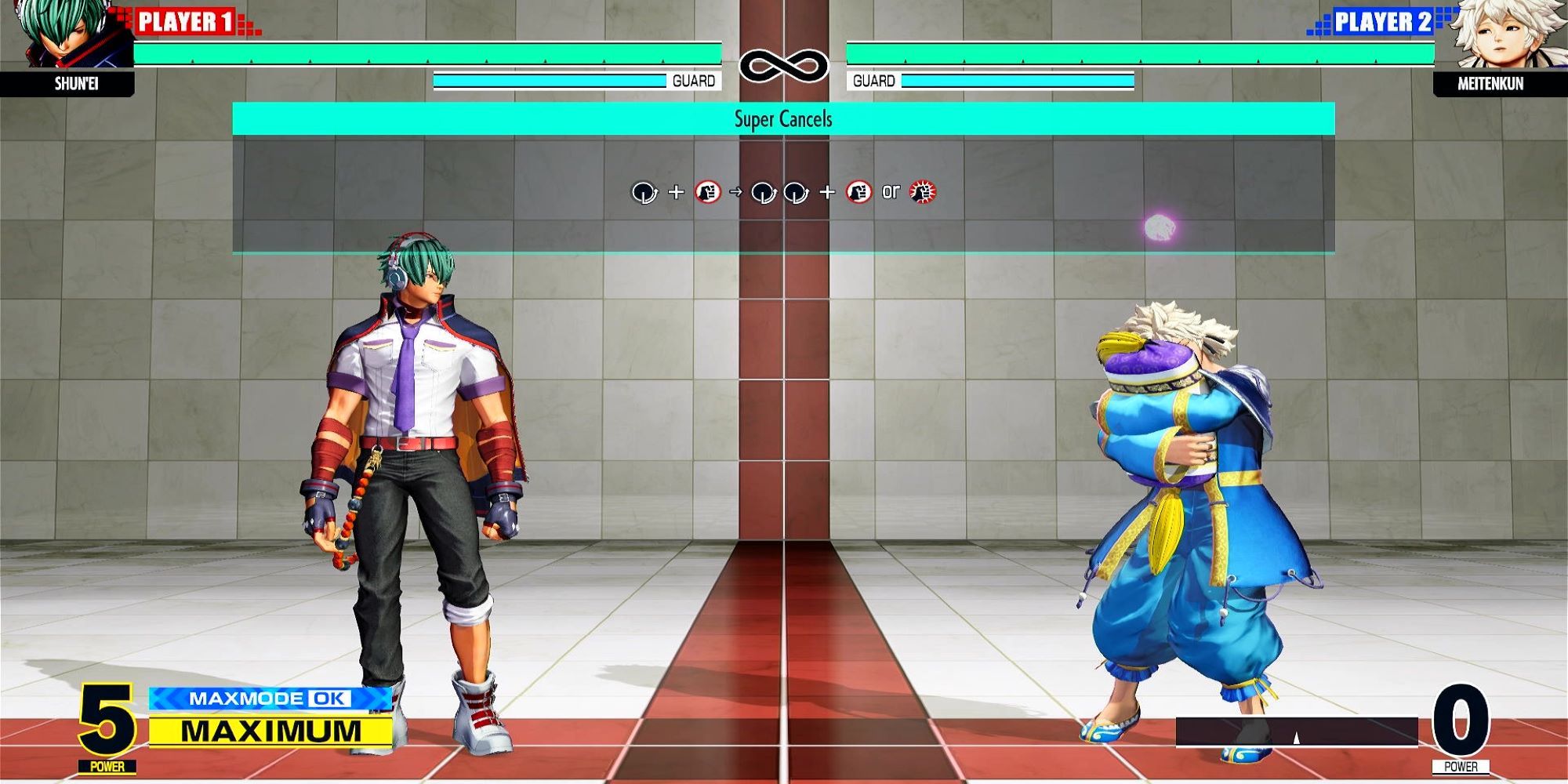 Everyone wants to jump into a fighting game and rail their opponents with massive combos. However, you got to walk before you can run. The same sentiment is true for canceling. So, instead of attempting multiple cancels in succession, focus on one at a time.

As you break down the different types of move cancels, you'll discover that each one works differently. That isn't to say that the differences behind each move cancel are drastic. In truth, it's the small nuances that will catch your attention.

On the one hand, you'll notice that super cancels out of special moves require the fastest inputs since special moves have fewer animation frames. On the other hand, Climax canceling out of a more extended MAX Super Special move gives you a longer input window. 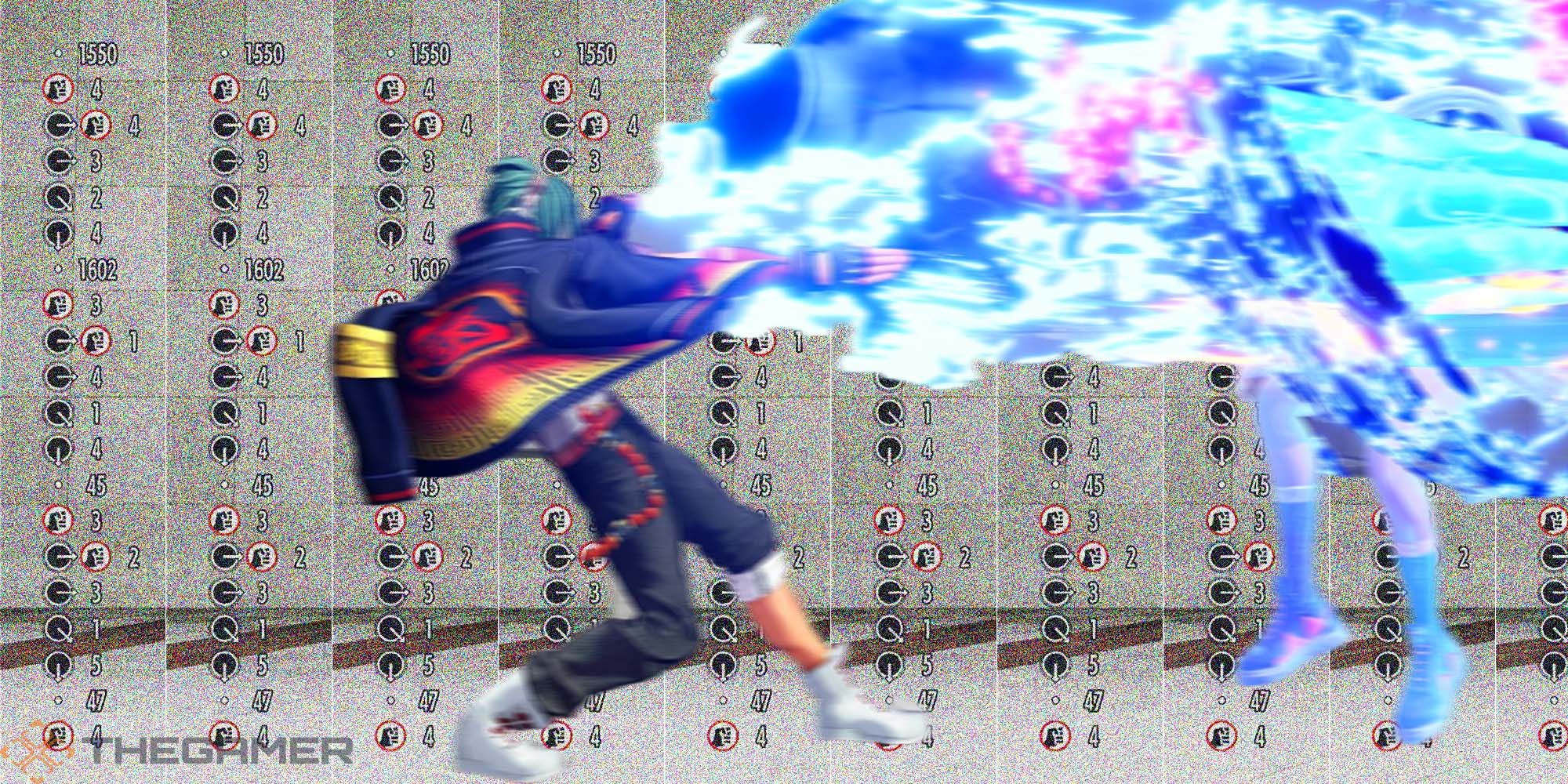 In the spirit of practicing one step at a time, it's imperative to practice your character's move set in isolation. Therefore, we recommend repeatedly drilling your specials, Super Specials, etc., until they become second nature.

Once you have these moves down pat, work on incorporating them into cancels.

When practicing your character's move set, always practice in both directions. This tip is crucial for any fighting game. There's nothing worse than playing with a weak side. 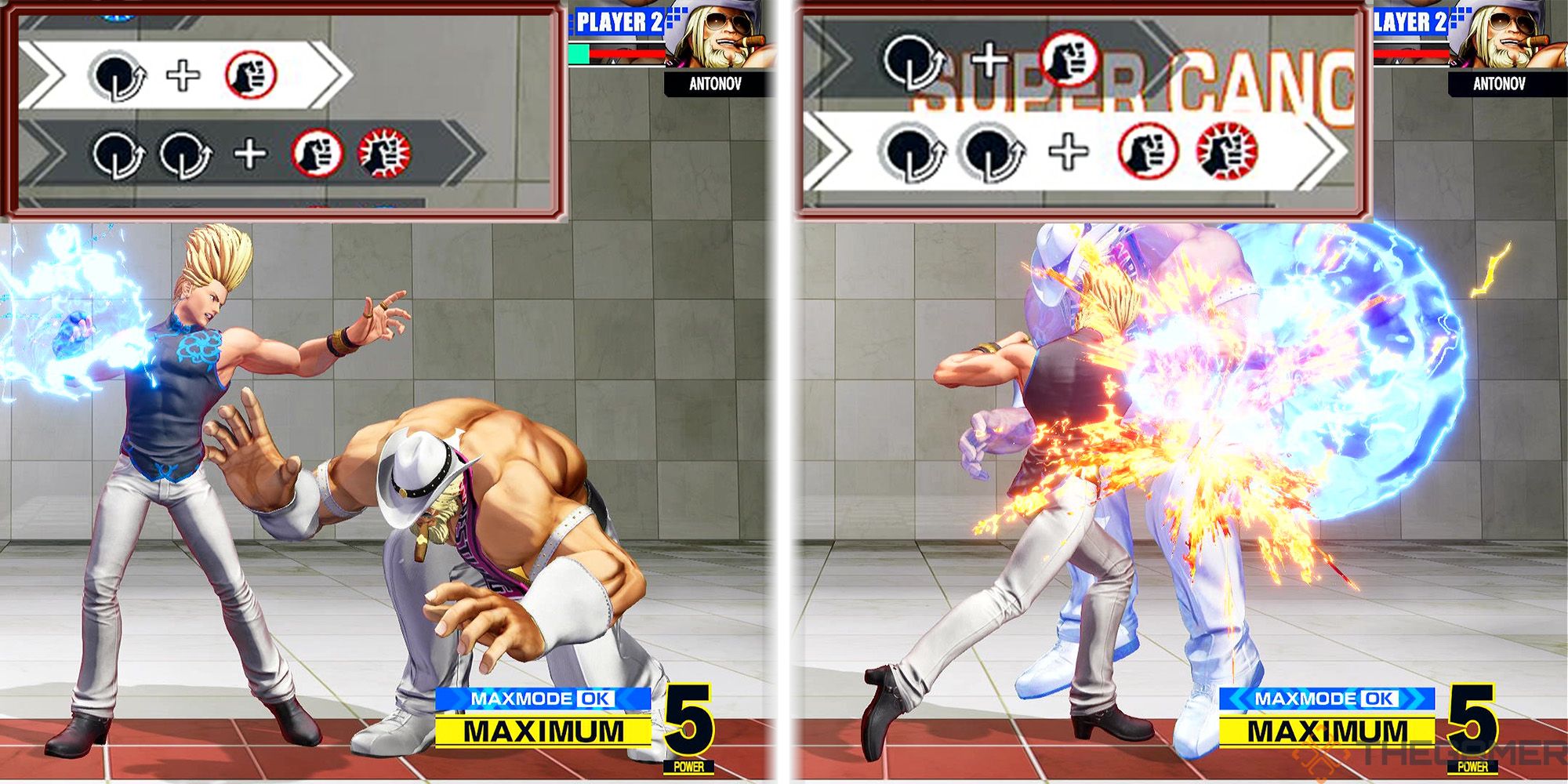 Speed is an essential requirement for move-canceling. After all, the point of a move-cancel is to cut an animation short. In turn, your input window is no longer than the current move's animation. When canceling from one Super Special move into a MAX or Climax move, that's a decent chunk of time. However, super canceling out of a special move requires some quick reflexes.

So, how do you get faster? A common rookie mistake is to rush your input. However, this method often leads to button mashing and incorrect commands. In this case, stop working hard and start working smart. Look for shortcuts that make your cancels easier!

Here's a simple example, let's say you have a cancel that looks like this:

How many quarter-circle movements does this cancel need?

If you answered three, then think again. You can accomplish this cancel with two quarter-circle movements! That's because entering the special move begins the input for the Super Special move. In other words, your input would look like this:

Isn't that so much easier?

So, pay attention to the inputs of your character's move set. Doing so will help you discover shortcuts where these moves feed into each other.

Use The Mission Mode To Study Combo Structure 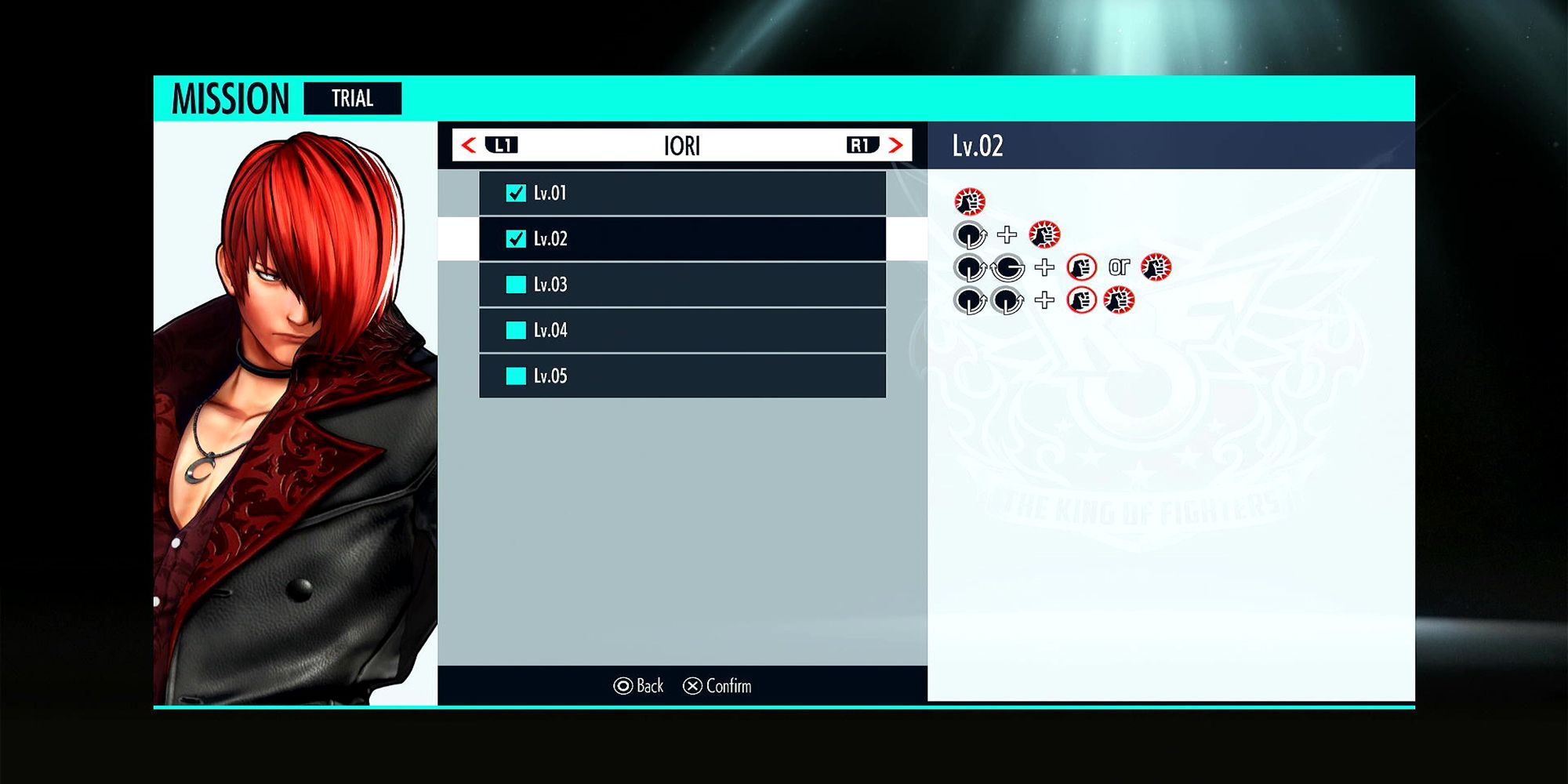 Once you master the basics of canceling, you can see how these mechanics work in practice through the Mission Mode. Mission mode trials offer excellent examples of KOF's combo structure. After playing through a few different character trials, you'll discover that many of these combos share a similar pattern. Here are two examples you'll see often:

Of course, you will see deviations from these samples. For instance, sometimes, you'll see a string of special moves to juggle an opponent before landing a cancel. However, the structure is still evident. And, once you figure out this structure, you can start creating damaging cancel combos of your own!