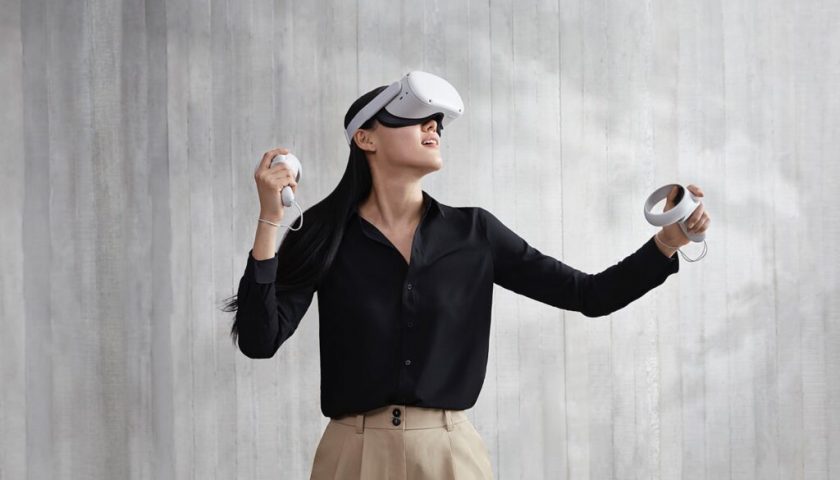 When it comes to big virtual reality (VR) announcements – either on the hardware or software side – Facebook usually gears everything around its Connect event in September. 2021 is going to be a little different as the company will be hosting the very first Oculus Gaming Showcase dedicated to the latest upcoming content next week.

Teasing in a blog post that fans can: “expect new updates to fan-favorite titles, never-before-seen footage from some unreleased games, and a few surprises in store,” several titles were mentioned. Cloudhead Games’ Pistol Whip, Ready At Dawn’s Lone Echo II, and Star Wars: Tales From the Galaxy’s Edge by ILMxLAB . Three big titles which VRFocus has a good idea of what could be mentioned.

In regards to Pistol Whip Cloudhead Games has previously mentioned a new campaign is under development with a hint towards a Wild West theme. Hopefully, the “Concierge” update will also get a release date. As for Lone Echo II well that’s easy, everyone’s awaiting a release date. First shown back in 2018 followed by a playable demo during E3 2019, the last official news on the project came late last year when the studio said: “we are still diligently working to bring you Jack and Liv’s next adventure together.” A Lone Echo II date would be big news for the Oculus community.

When it comes to Star Wars: Tales From the Galaxy’s Edge, the Oculus exclusive arrived late in 2020 with mixed reviews, one criticism being the amount of content. Well, that could be fixed this year as ILMxLAB previously stated it was a two-parter, so expect those details to be released during the Oculus Gaming Showcase.

The showcase takes place on 21st April 2021 starting at 3pm PT (11pm GMT) over on Oculus’ Twitch, Facebook, and YouTube channels. Facebook hasn’t said how long the stream will last but it sounds similar to Sony’s State of Play series. As further details are released, VRFocus will let you know.