The path from the PlayStation 1 to the upcoming PlayStation 5 lines up neatly, but only if you’re looking at it numerically. In actuality, for more than 25 years the PlayStation team has had to navigate some of the industry’s most difficult terrain. During that time, a dedicated team of visionaries, engineers, and software developers established a brand from scratch, propelled it to unprecedented heights, struggled to maintain dominance, and eventually returned to what initially made them so successful.

In the following story, we’ll hear some of the stories behind PlayStation from the people who were there when it all happened.

It started as a collaboration. Nintendo and Sony were initially going to be partners on a Super Nintendo project that would take the gaming console – still in development at that time – into the exciting new age of CD-ROM. The technology was still a relative novelty in 1988 when the partnership between the tech giants was formalized. Games could be bigger, featuring full-motion video and actual CD-quality music. The TurboGrafx-16 supported optical discs at the end of the year in Japan, but that console lacked the library of games and large user base that Nintendo enjoyed. Sony was a pioneering force in the development of the CD-ROM standard, and the company was going to develop a special Super Disc format for Nintendo, as well as a version of the console with the add-on built in. That hybrid system would be called “PlayStation.”

Under Ken Kutaragi’s leadership, Sony’s engineers continued to work on the project while the company also dabbled in games publishing through its Sony Imagesoft imprint. Things seemed to be on track until they weren’t. At the Consumer Electronics Show in June 1991, Sony revealed its PlayStation plans to the public. It was particularly exciting in North America, since the Super Nintendo hadn’t been released at that time. Not only was the successor to the wildly popular NES coming in a few months, but it was also going to support CD gaming. Hours later, Nintendo announced what was seen by many as a surprising betrayal: The company had entered into a partnership with Sony rival Philips.

KAZUNORI YAMAUCHI [Representative Director and President of Polyphony Digital Inc.]: The department I entered as a new recruit after graduating college was the place where the development of the PlayStation was taking place, as a joint project with the Sony Corporation Hardware Division and the Sony Music Software Division. Kutaragi-san was leading this project. I learned for the first time then that a hardware called PlayStation was being developed together with Nintendo. Simply put, it was like an SNES with a CD-ROM drive. Within the company, first-party titles were being produced at the same time as the [Nintendo/PlayStation] hardware, and my first job was to make ending credits for these titles. For me this was a slightly boring job. I knew there wasn’t much you can do on an SNES, and I was really interested in real-time 3D graphics at the time.

ANDREW HOUSE [Former President & CEO, Sony Interactive Entertainment]: I happened to be in the office late at night in Tokyo on the night of the infamous CES press conference, where Philips were announced by Nintendo as their new partner – and the fact that they’d left Sony at the altar on the proposed collaboration. And it was me, it was the head of corporate communications for Sony Corporation, and on the line was one Ken Kutaragi calling from Las Vegas. And we were talking about damage control. How we were going to manage the message.

YAMAUCHI: One morning, a while after joining Sony, I noticed that the atmosphere in the company was very down. The engagement between Sony and Nintendo had been broken. But I think it was just the following day. I remember Kutaragi-san made the decision, “Then we’ll make it on our own. With 3D graphics.” That was great news for me. I had no real interest in making titles on the SNES system.

KEN KUTARAGI [Former Honorary Chairman, Sony Computer Entertainment]: Nintendo is an amazing company behind a multitude of incredible games and consoles that have wowed the world and made their mark on history. A big part of their legacy is the SNES, for which Sony provided a digital sound chip, and made contributions to its WS-based [Work Station] tool environment. Unfortunately, Sony’s hopes to evolve the industry and Nintendo’s desire to maintain a certain measure of control ultimately derailed any possible collaboration between the two companies, which eventually led to Sony developing PlayStation. However, due to each side choosing to play to their own strengths, it ultimately took the video game industry to previously undreamed of heights.

HOUSE: I don’t think I really even processed at the time what was going on, it was just head down, get to work on this stuff. It was only in later years that I realized what a catalystic moment that had been and that I’d gotten in some small way to participate in it.

Once the shock wore off, Kutaragi’s resolve solidified. The Nintendo PlayStation may have been doomed, but there wasn’t anything stopping Sony from going it alone. With the support of Sony president and chairman Norio Ohga, Kutaragi formed a team to develop what would become the PlayStation 1. 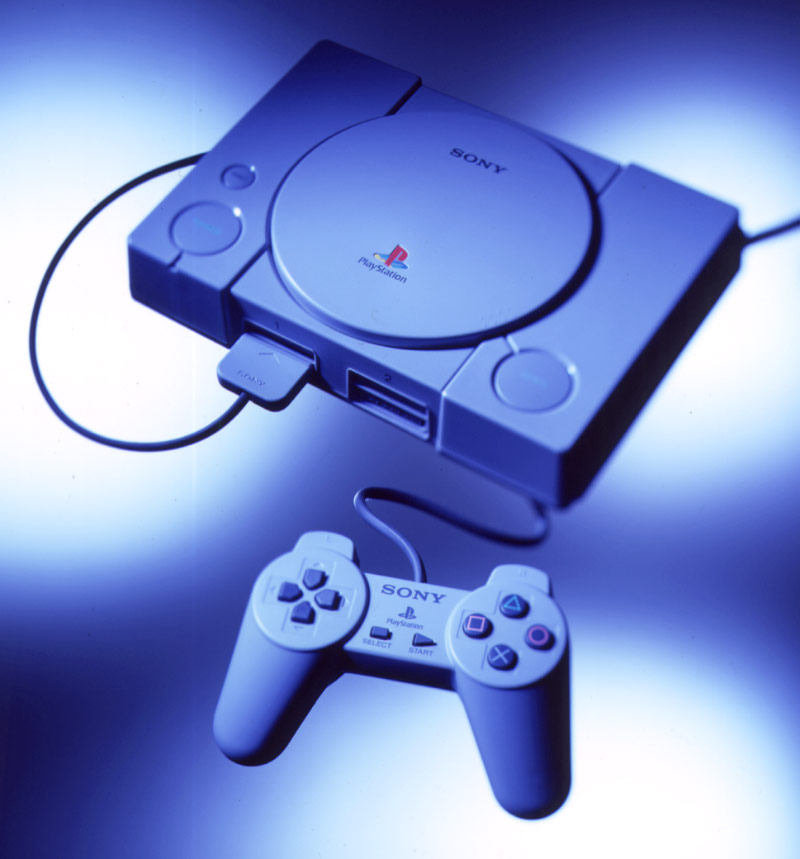 KUTARAGI: There was a fair amount of resistance within Sony for devoting precious resources toward the creation of “children’s playthings.” However, we were convinced that the technological and business prowess required to position ourselves at the apex of a new entertainment age existed within our walls. Hence, I went straight to Mr. Ohga, the president of Sony at that time, who possessed the necessary knowledge and experience in both the software and hardware fields. I believe his dream at the time was to build Sony’s next big business domain from the ground up. At the executive meeting slated to decide the future of the PlayStation project, I voiced my passion to Mr. Ohga directly, to which he responded, “If you believe you can do it, then do it!” Those decisive words still echo in my mind like it was yesterday.

ERIC LEMPEL [Senior Vice President, Head of Global Marketing, Sony Interactive Entertainment]: I was at Acclaim one day in early 1994 when we got called into a room and they said Sony is entering the gaming business with a new gaming system. My first thought was, that was really interesting, because I’d seen failed attempts by other Japanese electronics companies, and I asked if there was a name for this thing. They said yes, it’s called the Play Station – and they said it as two words – and I thought, “That’s really ridiculous. I don’t think that’s ever going to work.”

EVAN WELLS [President, Naughty Dog]: I think PlayStation is a totally reasonable name. It’s stuck through five generations. It’s like “fireplace.” It’s straightforward – it’s a place where you get fire. It’s a station that you play on. 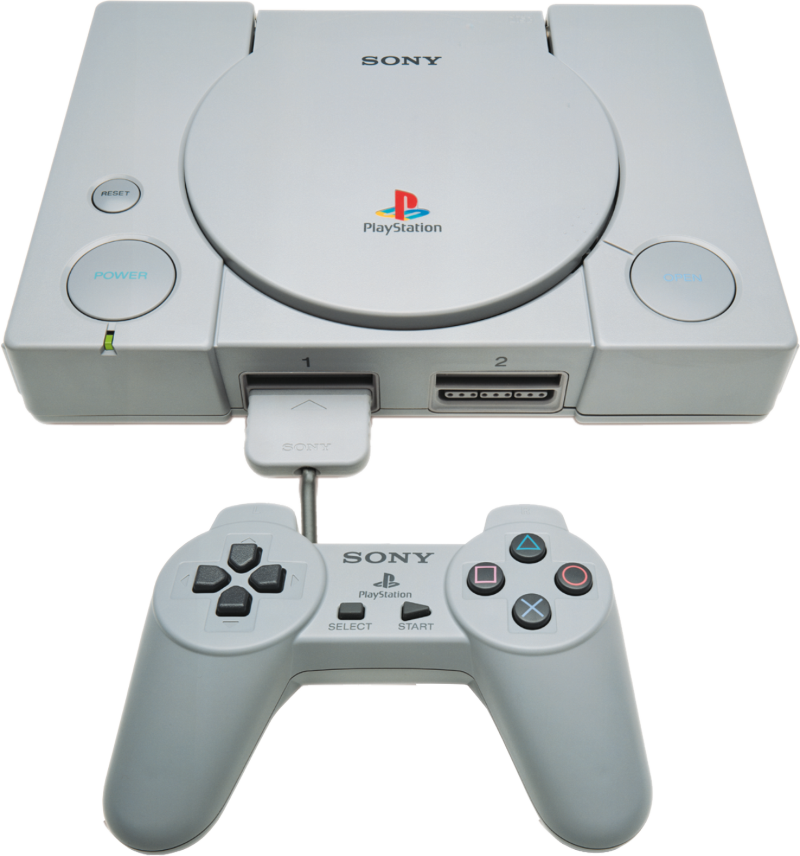 I chose a bright gray color that hadn’t been used before, because I wanted the PlayStation to stand out when placed in front of the dark gray TV Sony planned to use. This TV was one I designed, called the ‘Kirara Basso.’”