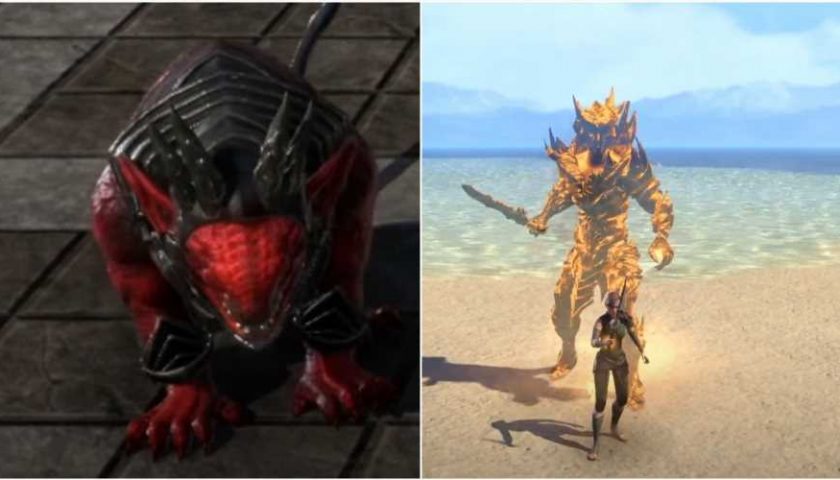 There are dozens of regions to explore in The Elder Scrolls Online, and with each of them comes unique collectibles to earn. These can consist of a few different things, including pets, outfits, dyes, and mementos. Every DLC in ESO brings with it a few new collectibles, which adds something for you to do between challenging the new trial and completing the story. 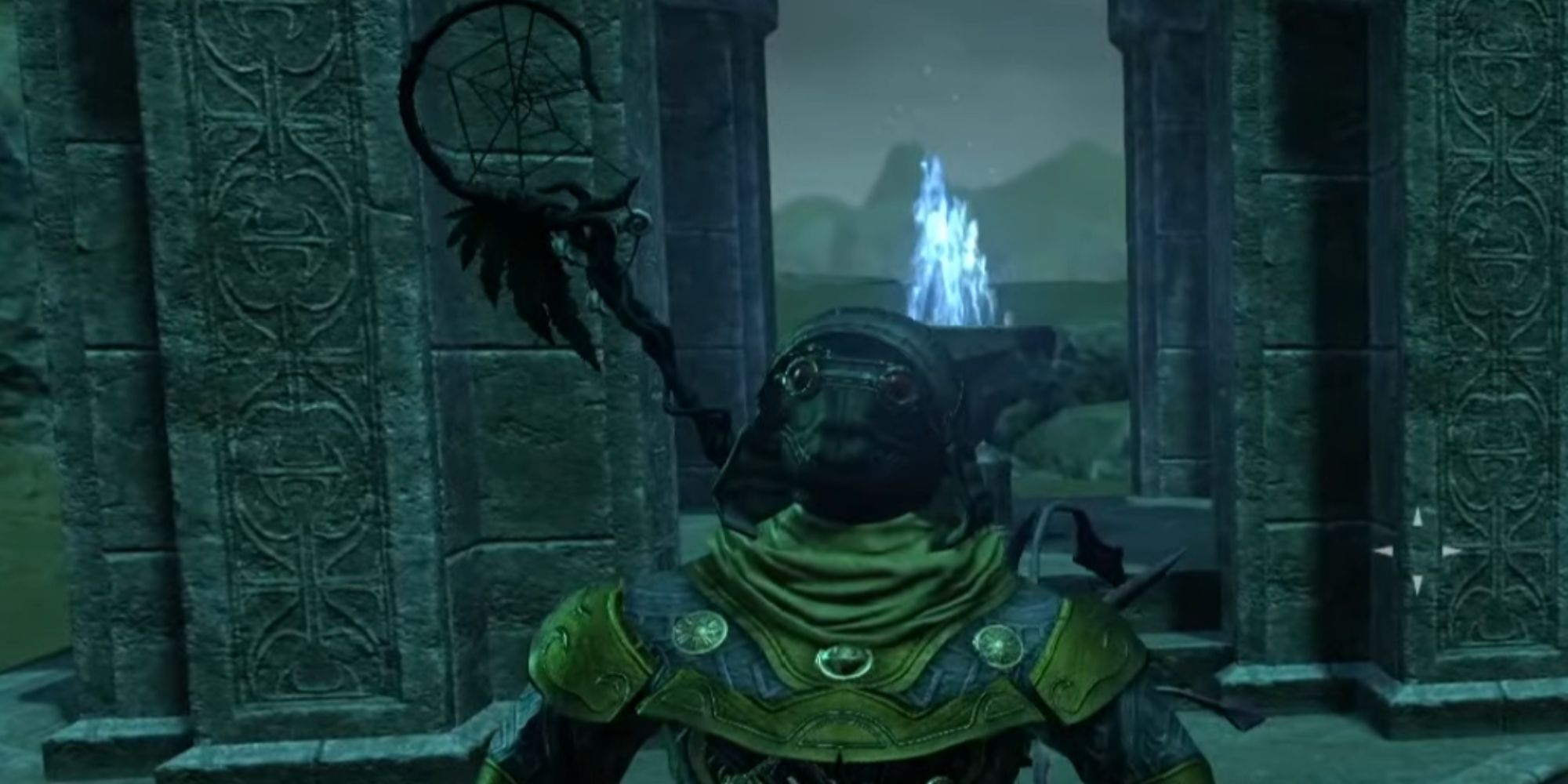 The Oblivion Explorer's Headwrap is one of the easiest collectibles to get in the Deadlands DLC. You simply have to enter Fargrave. This is an important city in the Deadlands DLC's storyline and it's likely the first location you'll visit after starting.

The Oblivion Explorer's Headwrap is a hat with glasses, and it's cosmetic-only. You'll get this collectible as soon as you unlock the Welcome To Fargrave achievement. 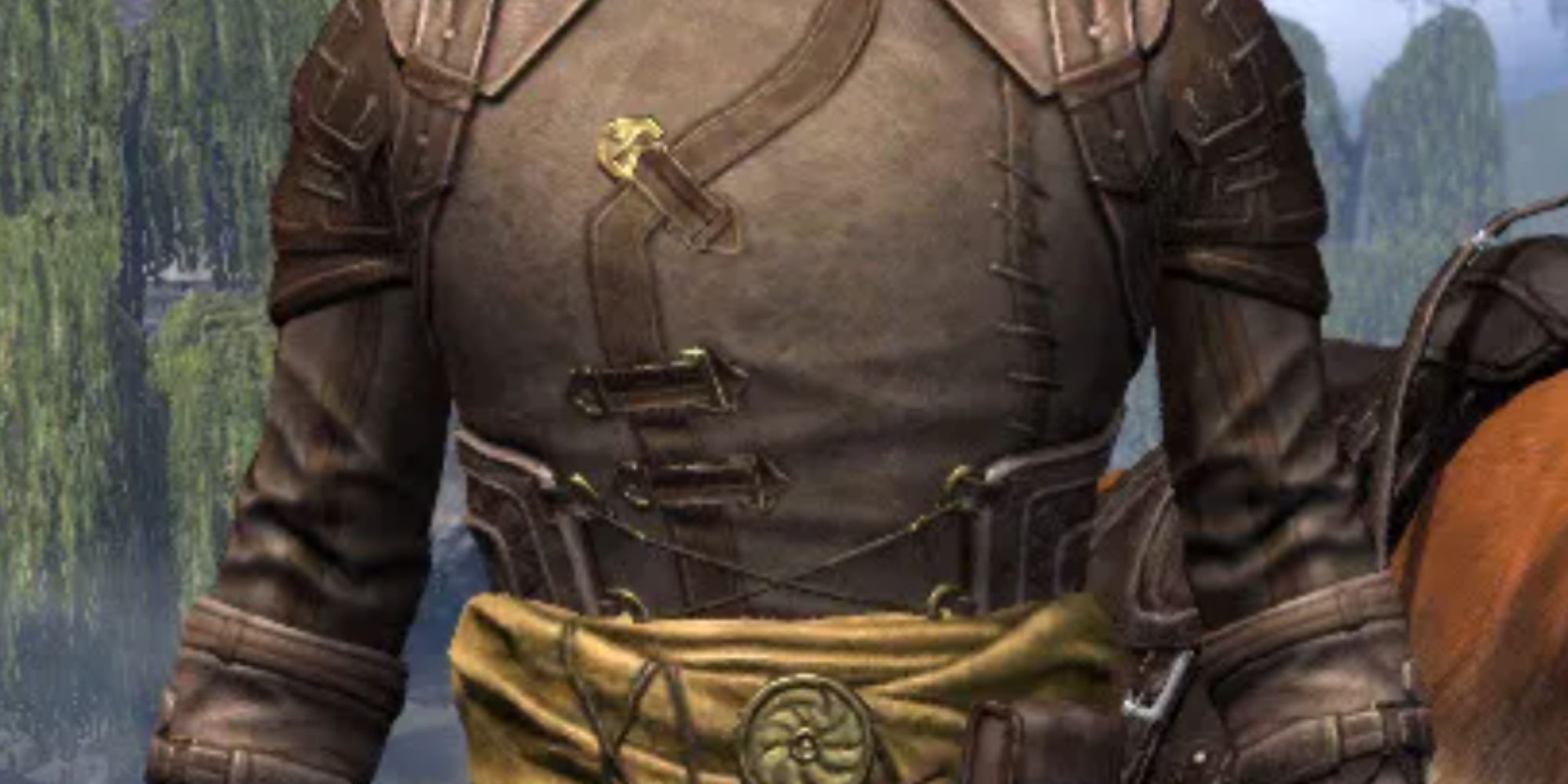 Travel to Fargrave and meet with the Anchorite. After a short conversation regarding the story, you'll get the "Celestial Palanquin" quest. You now need to complete three quests, including Celestial Palanquin, Destruction Incarnate, and The Durance Vile quest to earn the Oblivion Explorer's Garb. These three quests all relate to the main questline in the Deadlands DLC, so you'll eventually complete them by following the story.

After finishing The Durance Vile, the Oblivion's Explorer Garb will appear in your Outfits tab, and you can wear it whenever you wish. Like the Oblivion Explorer's Headwrap, this collectible has no combat advantages. 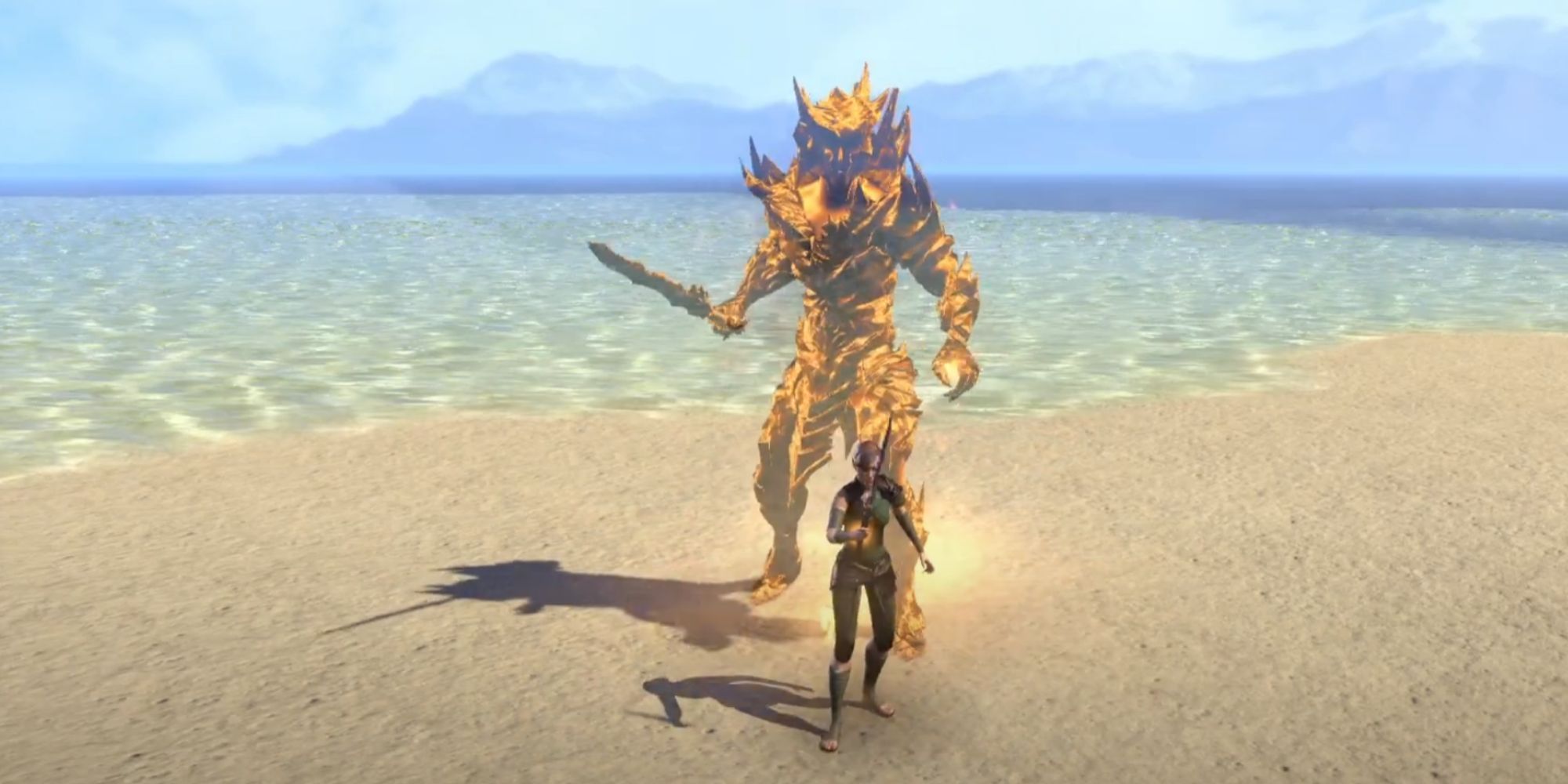 The Incarnate Illusion Gem is a memento that you unlock by completing every story quest in the Deadlands DLC. You need to travel to Fargrave and start the Celestial Palanquin mission by speaking with the Anchorite. Once you've begun the Deadlands DLC's main questline, you need to complete all six quests, including Celestial Palanquin, Destruction Incarnate, The Durance Vile, Born Of Grief, Deadlight, and Against All Hope.

Once you attack the Citadel and finish Against All Hope, you can find the Incarnate Illusion Gem inside the Memento tab. Additionally, you earn the Catalyst Breaker title upon completing the Against All Hope mission. Mementos offer a unique animation, and the Incarnate Illusions Gem summons a large entity behind you; however, it doesn't have any actual effect other than its appearance. 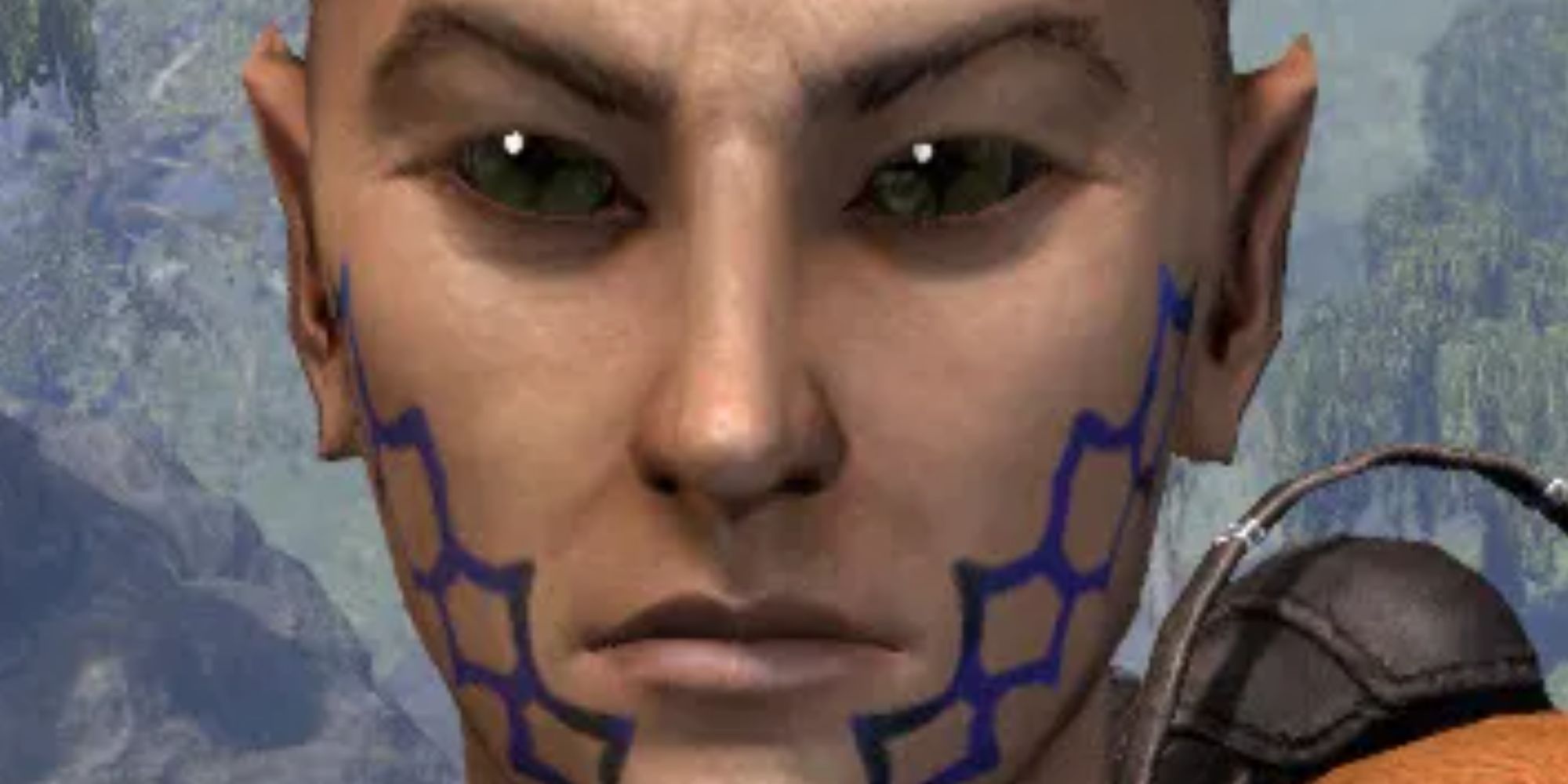 The Fragrave Soullatice Body and Face Markings are two separate collectibles; however, they both match the same set. Similar to the Incarnate Illusion Gem, you receive both the body and face markings when you complete Against All Hope, which is the final quest in the Deadlands DLC's main questline.

In total, you need to finish the Celestial Palanquin, Destruction Incarnate, The Durance Vile, Born Of Grief, Deadlight, and Against All Hope quests to get the Fargrave Soullatice Markings, so they're a nice reward for completing so many missions.

You can access the Fargrave Soullatice Markings through the Appearance menu, where you can equip or unequip them whenever you choose. The markings are purple, which is a rare color for tattoos in The Elder Scrolls Online. 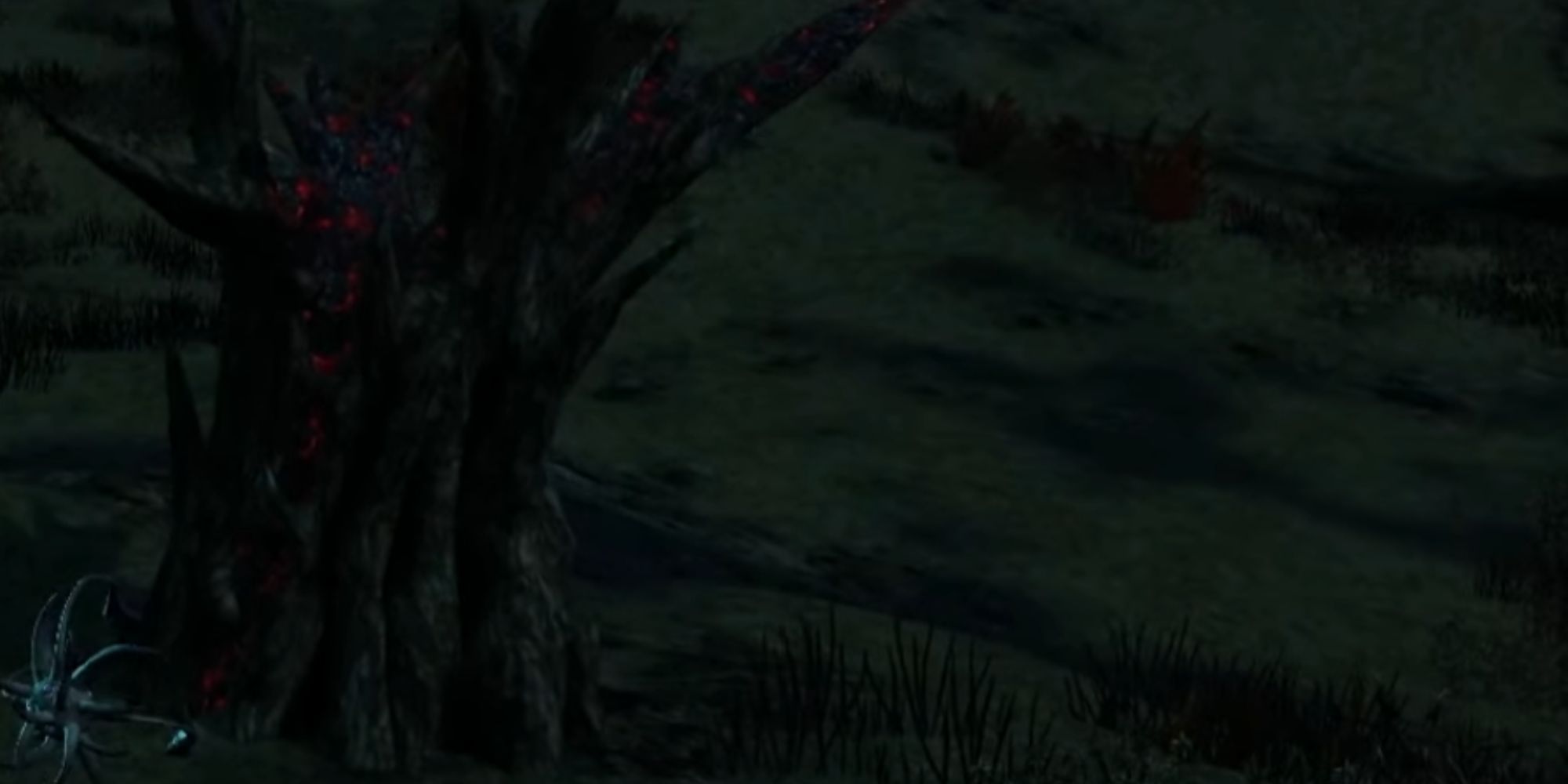 The Ironclad Sarcoshroud is one of the only outfit cosmetics in the Deadlands DLC. You can unlock it by traveling north of the Wretched Spire Wayshrine.

You have to interact with a Daedric Stone, which is next to a tree. The prompt will read "Examine Unusual Metal." The exact position of the tree is in the picture above. Although the Ironclad Sarcoshroud won't aid you in combat, it's a cool-looking hat, so it's worth unlocking if you get the chance. 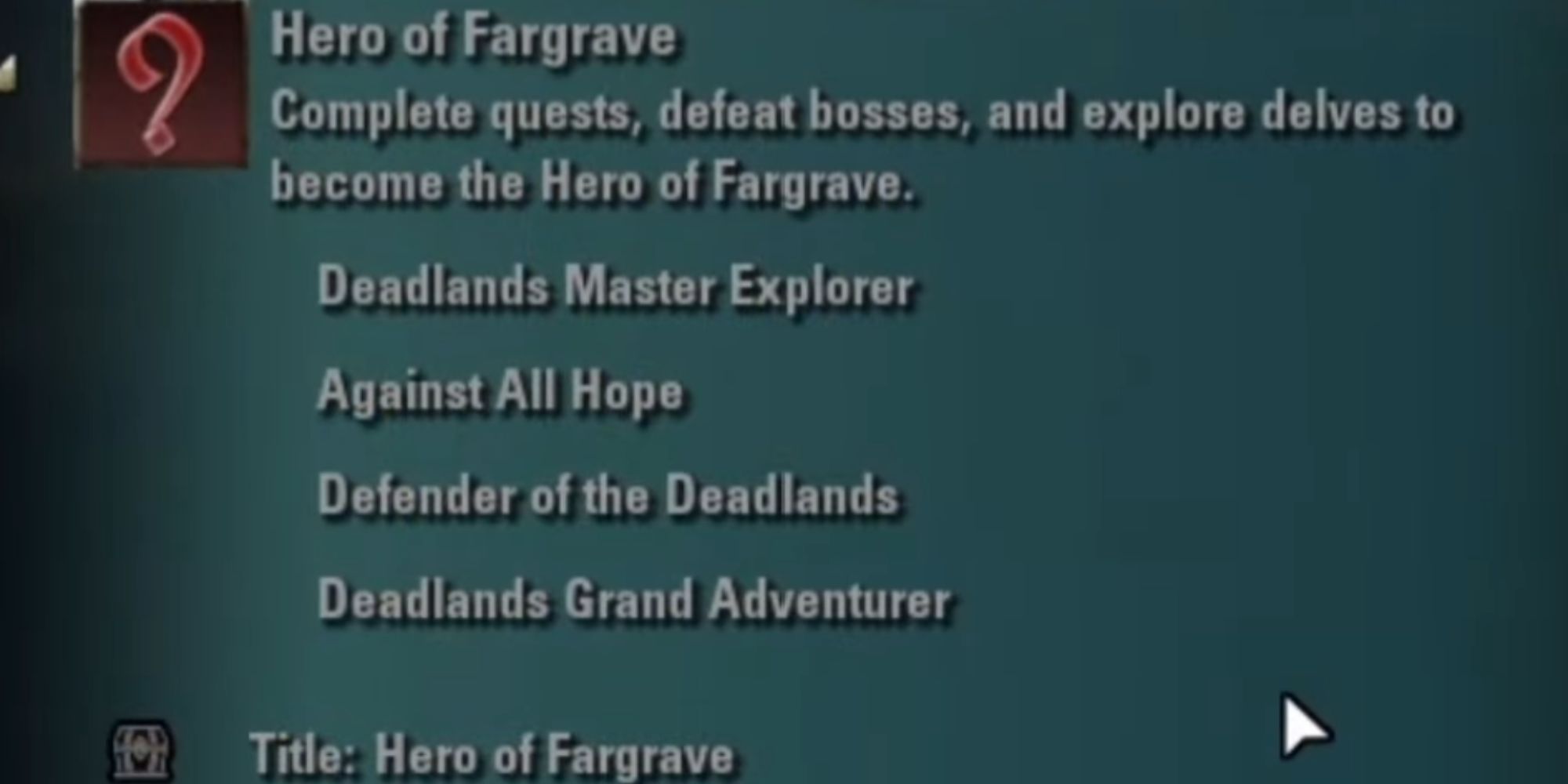 Defender Of The Deadlands

Luckily, you'll usually find a few other players at each of these bosses, so you can defeat them with a group of random players. However, if nobody shows up, then you can invite a friend to help you or ask for help by sending a text message through the zone chat.

The Deadlands Master Explorer achievements have two separate requirements. The first task is to complete both of the delves in the Deadlands DLC, which includes the Brandfire Reformatory and the False Martyr's Folly delves. You need to defeat the boss inside the delves to complete them.

Next, you need to discover each striking locale in the Deadlands DLC, which includes the Charnel Pulpit, the Ravaged Crossing, Skein Row, the Traitor's Ascent, The Tempest Engine, and the Chantry Of The Moon Reiver. Once you finish both of these objectives, you'll unlock the Deadlands Master Explorer achievement. 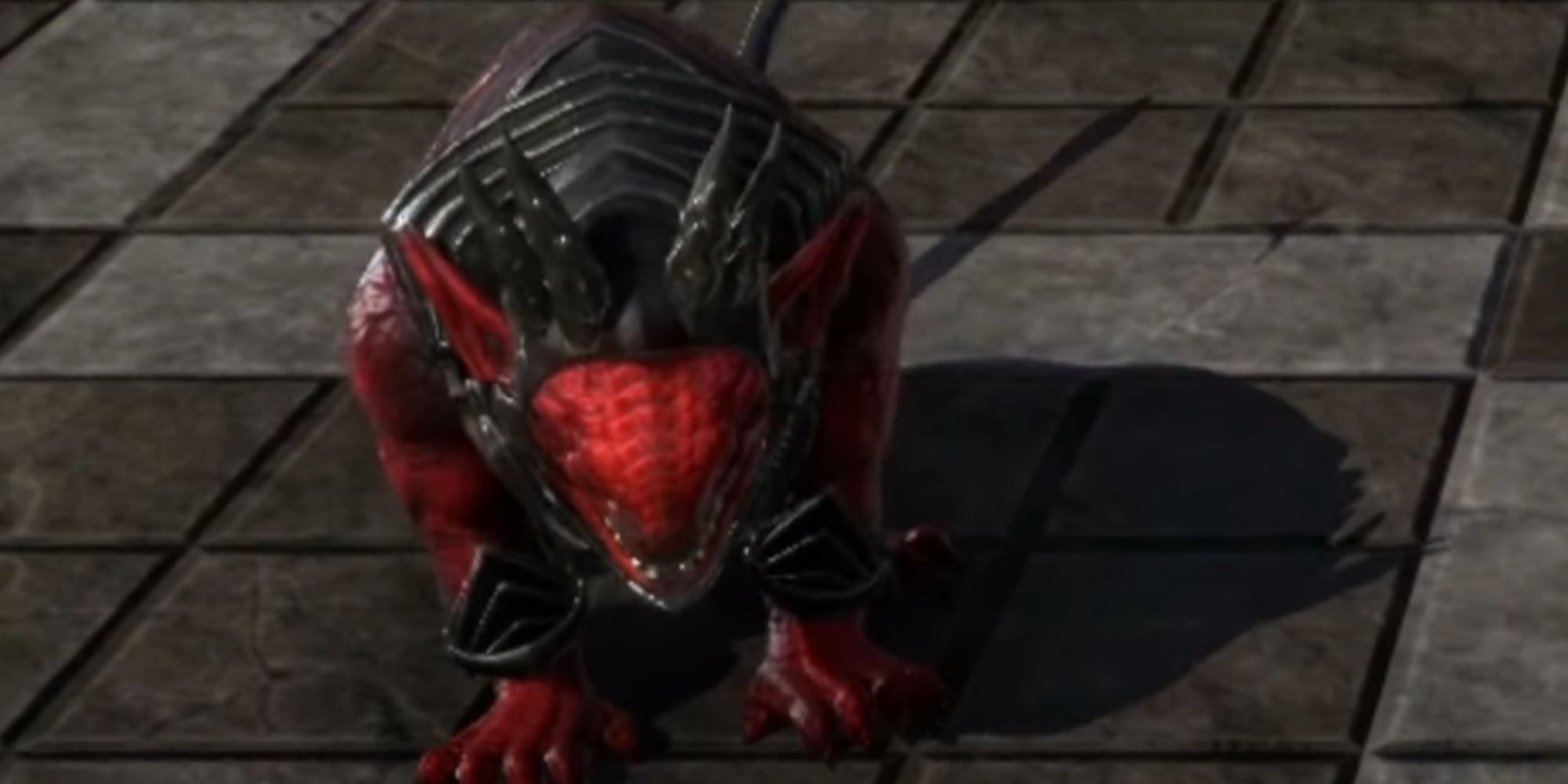 The Dremnaken Runt is a unique pet that you can earn by completing the Hope Springs Eternal epilogue quest. To begin this mission, you need to travel to Fargrave and speak with the Anchorite.

Follow the quest objectives, and you'll eventually complete the mission. The Dremnaken Runt is the most notable cosmetic item you can earn in the Deadlands DLC. 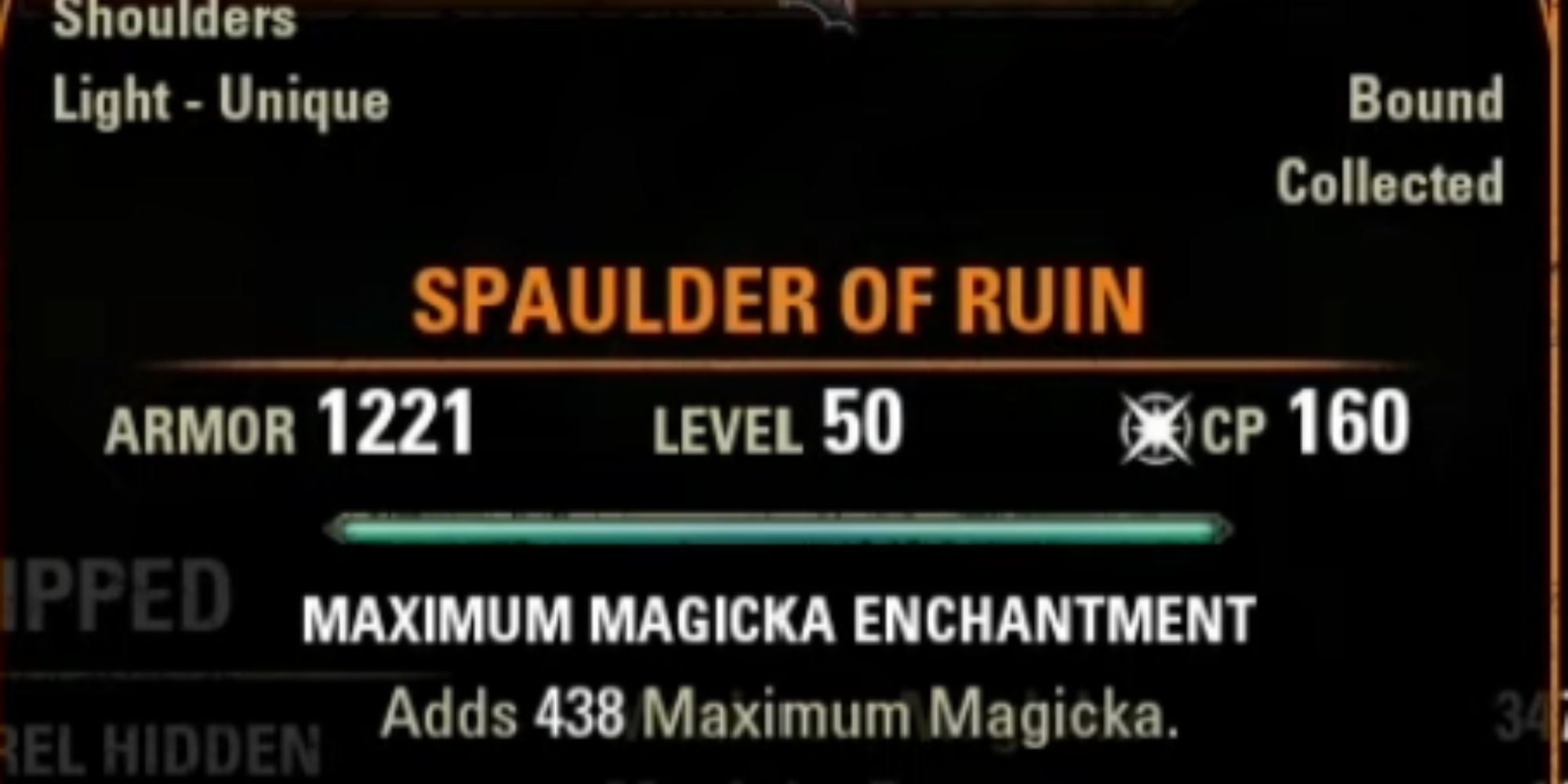 The Spaulder Of Ruin is a Mythical item, and unlike the other collectibles in the Deadlands DLC, it's a piece of light armor with combat advantages. This item grants your allies extra weapon and spell damage while you're crouching, so it's a very useful piece of equipment, depending on what play style you use. You need access to the Scrying and Excavation skill-lines to unlock the Spaulder Of Ruin.

To get the Spaulder Of Ruin, you need to collect five leads throughout the Deadlands DLC. You can get the Void Alloy Rivets by defeating Dremora in the Brandfire Reformatory. The second lead is the Void Alloy Lame Plates, which you get by opening safeboxes in Leyawiin inside the Blackwood expansion pack.

You can get the Petrified Daedroth Horn by defeating the Taupezu Azzida boss in the Deadlands. Clannfears may drop the Clannfear Leather Strapping when they die, and you can find them at Ash Mountain in the Stonefalls zone. The final lead is the Aureal Armor Gaze, which you earn by defeating the Aurig Mireh boss in Stonefalls.