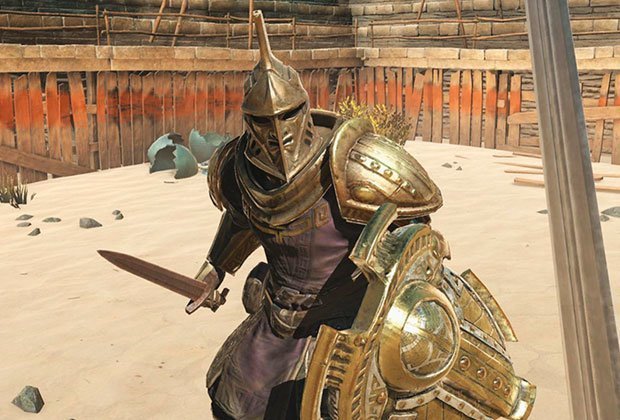 The latest instalment of The Elder Scrolls series will be available on Android and iOS devices in early 2019.

Fans of the Elder Scrolls franchise were excited when the first-person dungeon crawling game was announced for mobile devices at E3 2018.

But there is good news for Bethesda fans – Early Access is finally available from today, March 28.

“Ready to play? We’re inviting players in waves, so make sure to keep an eye on your email for the invite.”

“Ready to play? We’re inviting players in waves, so make sure to keep an eye on your email for the invite”

The Elder Scrolls: Blades – How to get Early Access:

When the mobile spin-off game was officially announced those who were interested could pre-register.

This would allow them to get into the early access period – which has now officially started.

If you have pre-registered your interest you should be receiving your invitation to The Elder Scrolls: Blades.

So if you didn’t already do so, and want to try out The Elder Scrolls: Blades, you still can.

Keep in mind Bethesda said it is sending out email invites in “waves”, so it might take some time.

What does The Elder Scrolls: Blades early access include?

The early access period lets gamers try out The Elder Scrolls: Blades ahead of its official launch.

Those testing out the game can access two out of the game modes – Town and Abyss.

Town is in the hub world, and allows players to interact with NPCs, receive quests and more.

You can actually spend quite a lot of time in this game mode, because the main objective of the mobile game is to rebuild the Town.

Abyss is a tonguelike dungeon crawling experience, which sounds exciting.

There is a third mode, the Arena, which has PvP elements, but won’t be added until after launch.

If you’re worried about all your progress being wiped after the early access period, don’t worry.

All progress and in-app purchases will carry over when The Elder Scrolls: Blades officially releases.