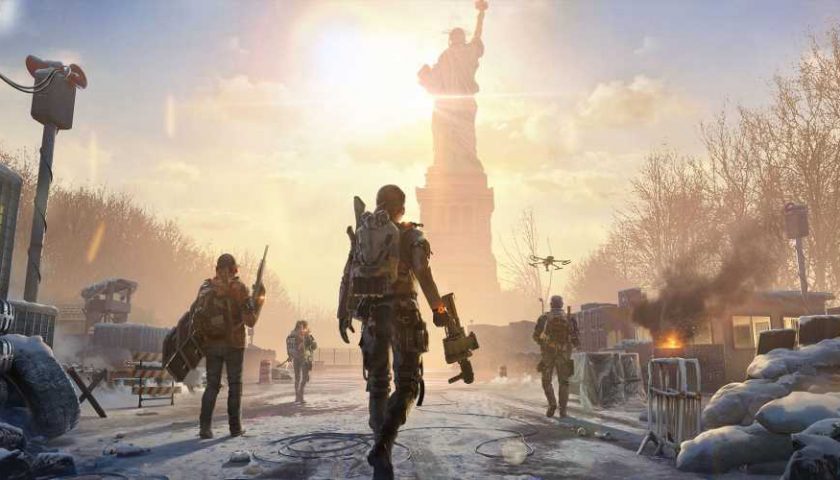 Announced in July, The Division Resurgence is the mobile version of Ubisoft's Tom Clancy-verse looter-shooter. While it doesn't quite match the visual quality of its PC and console counterpart, Ubisoft has previously said that Resurgence is a triple-A experience, with an original story, set in the "massive urban open-world of New York City". Unlike many condensed spin-offs, this one looks to be delivering almost the same gameplay features as the mainline series.

Resurgence will offer a "unique perspective of the events around The Division 1 & 2", along with the usual co-op and PvE modes, which includes incursions into the dreaded Dark Zone. The mobile game just revealed that SHD agents can expect in this mode, along with the news that a closed beta will be coming this Fall.

"The Dark Zone is coming to mobile," says Ubisoft. "(Re)discover the infamous PvPvE mode in The Division: Resurgence. Explore a highly contaminated area of New York City, fight NPCs to get high-rarity loot and get to the extraction point to save it to your inventory! But beware of other players. Agents can go Rogue at any moment and decide to stab you in the back to steal your stuff, even your own teammates! So be prepared, trust no one and choose the best strategy."

However, the Dark Zone in Resurgence comes with a twist. It seems New York is way more contaminated than we remember, so you need to get to the extraction point before your gas mask runs dry.

From one Division spin-off to another. Yesterday, Ubisoft revealed a bunch of details and gameplay footage for The Division Heartland. Red Storm Entertainment creative director, Keith Evans explained that Heartlands "is a free-to-play survival action shooter set in The Division universe that features streamlined survival gameplay and a beautiful new world to explore.”

He explained that you'll take on the role of a Division agent in charge of protecting Silver Creek. However, unlike the mainline games which only consist of looting, shooting, and upgrading, Heartlands looks to be introducing survival elements into The Division's formula. Leaked content also revealed that it will include 45-player PvEvP Storm Operations.