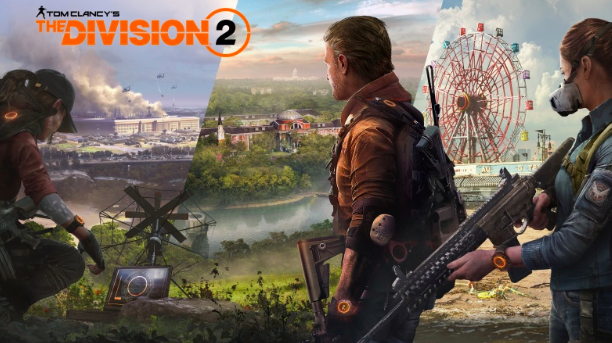 The first year of free post-launch content will include brand new episodes packed with story driven missions that will ultimately lead agents back to where it all started.

Players can look forward to the three new episodes over the next year, each one of them bringing new areas, modes, rewards, specializations, exotic gear and weapons.

We’ve included details of these three new episodes further down.

• Episode 1 D.C. Outskirts: Expeditions – July 2019: Episode 1 is all about exploration. Agents will scope out the outskirts and woodlands of Washington DC, as well as discovering the 11 biomes of the Washington National Zoo. The hunt is on to find the leader of the Outcasts and President Ellis.

Episode 1 will also include the brand-new Expeditions in which players will have to participate every week to progress through the different wings of Trinity College.

• Episode 2 Pentagon: The Last Castle – Fall 2019: Taking place at the Pentagon, players in Episode 2 will experience escalation in DC. The Black Tusks continue to wreak havoc around the city and it’s up to the Agents to stop them. In Episode 2 main missions players must fight to solve the ongoing outbreak crisis. Agents have to defend the Pentagon, and its secrets from the Black Tusk.

Episode 2 will bring a new iteration of the most challenging content to date; our second 8-player Raid. This time, Agents will venture in the core of a Foundry, setting the stage for epic combats in the middle of melted metal and massive metal castings.

• Episode 3 – Early 2020: A showdown takes place in Episode 3 that will lead players to Coney Island. Agents will encounter new challenges as they must stop a familiar nemesis and face the biggest threat of all.

New Last Of Us 2 Concept Art Is Gorgeous And Haunting

The Last Of Us Part 2's State Of Play: Brutal Combat And Other Gameplay Details

Star Wars: Battlefront 2 and Call Of Duty: WWII free for PS Plus users
We and our partners use cookies on this site to improve our service, perform analytics, personalize advertising, measure advertising performance, and remember website preferences.Ok